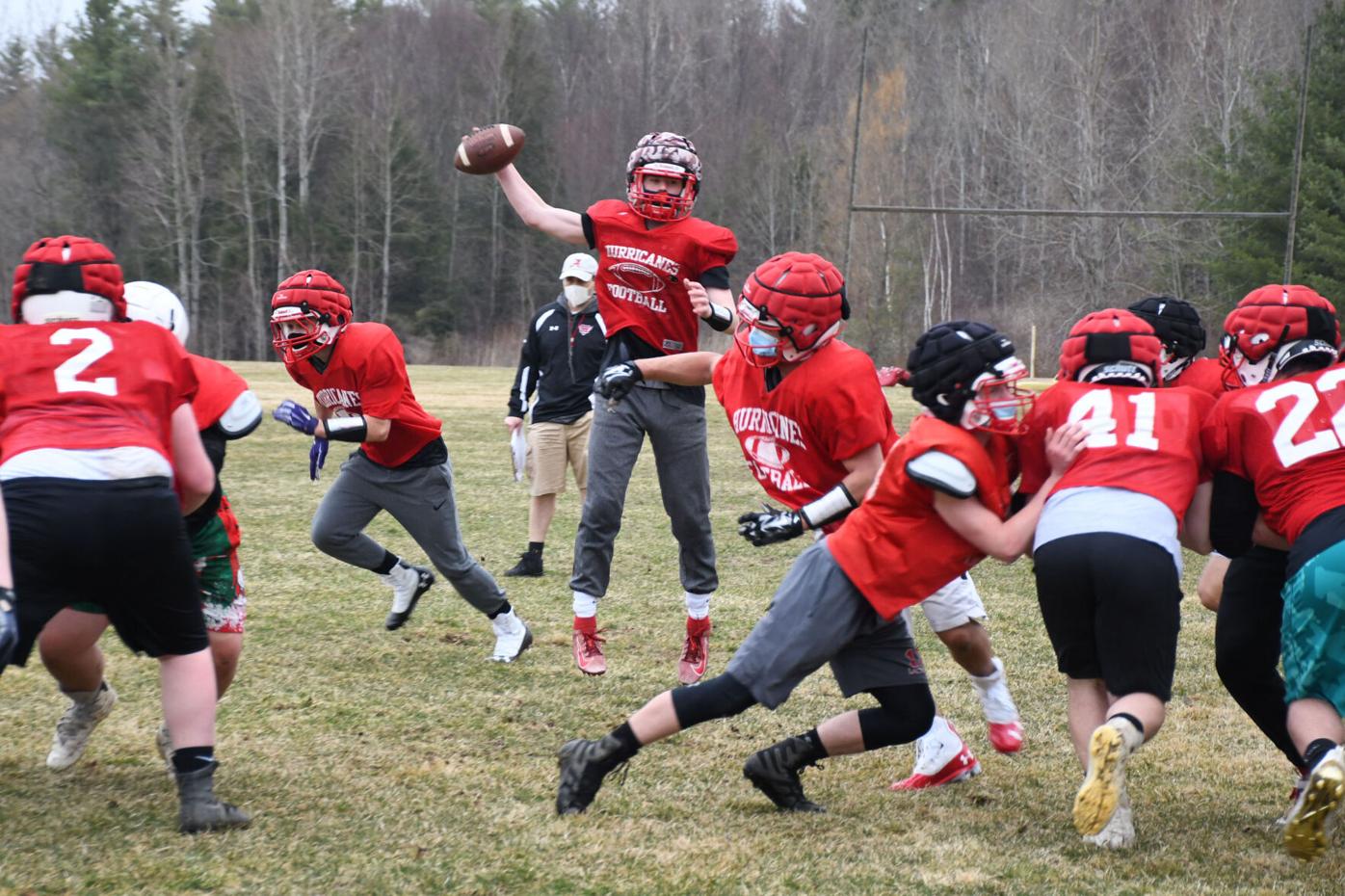 The Hoosac Valley High School football team does some drills during practice at the school in Cheshire on Wednesday. 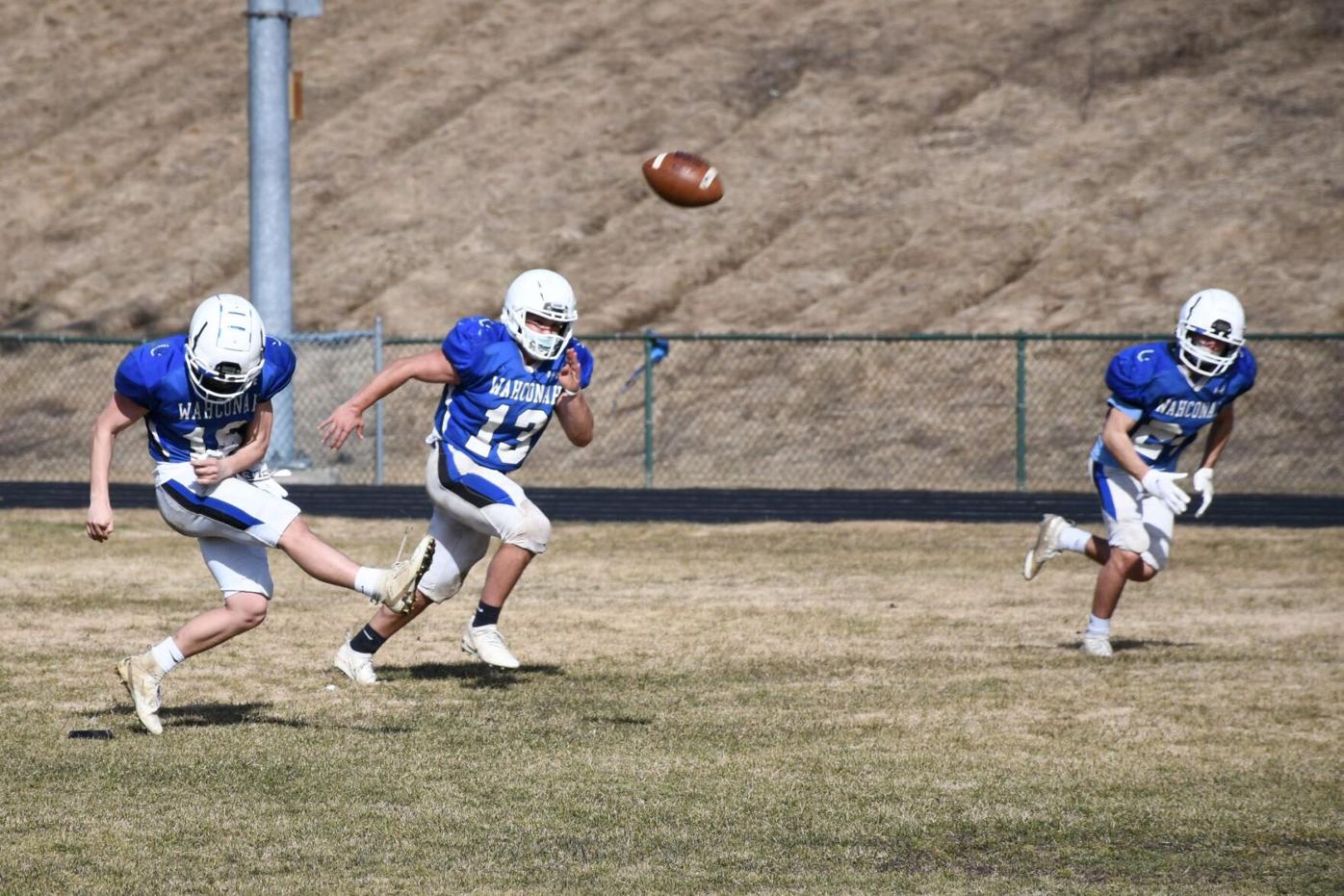 The Wahconah football team kicks off its season on Saturday with a noon tilt against Hoosac Valley. 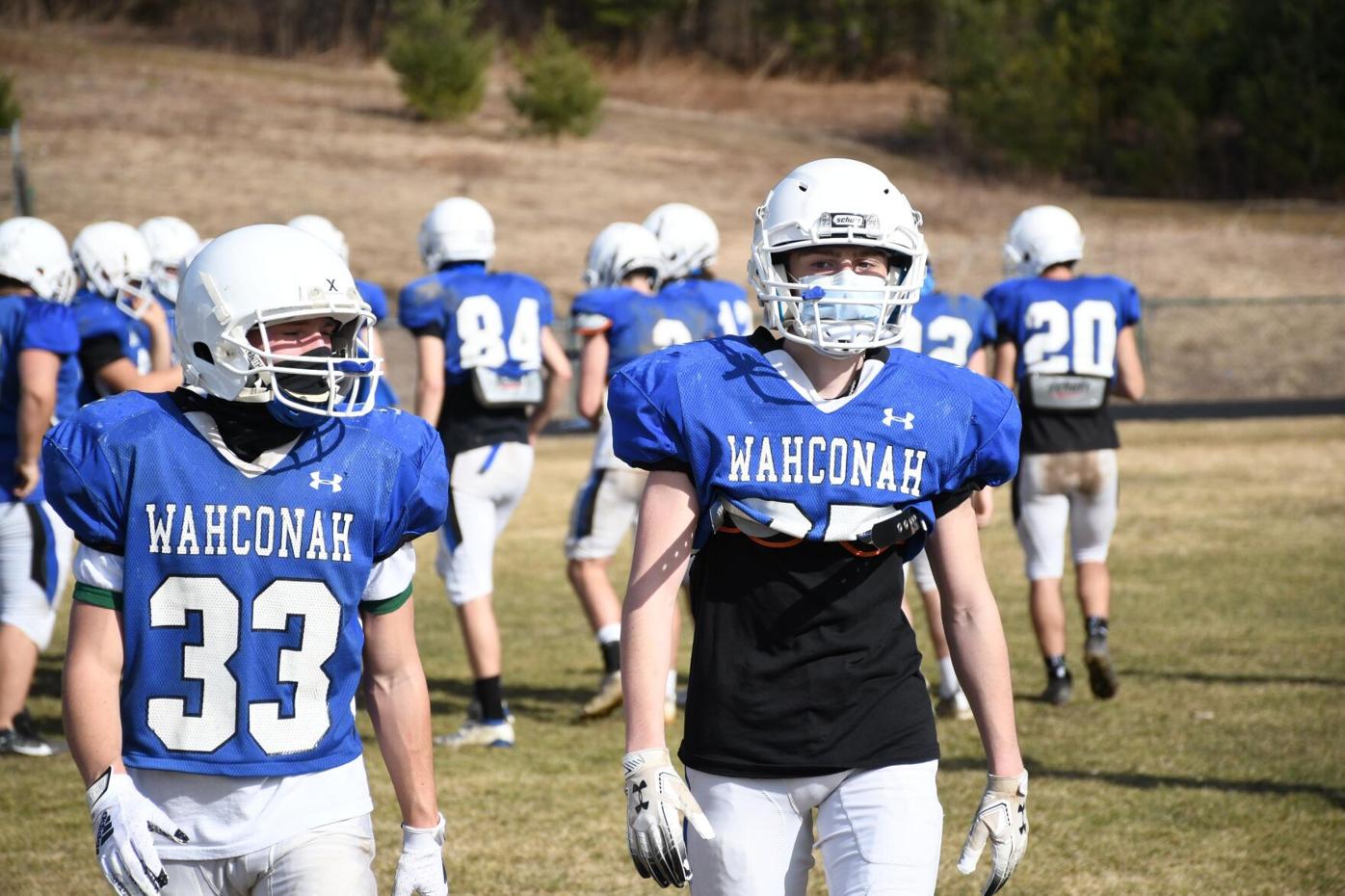 The Wahconah football team opens its Fall II season on Saturday at BCC against Hoosac Valley. 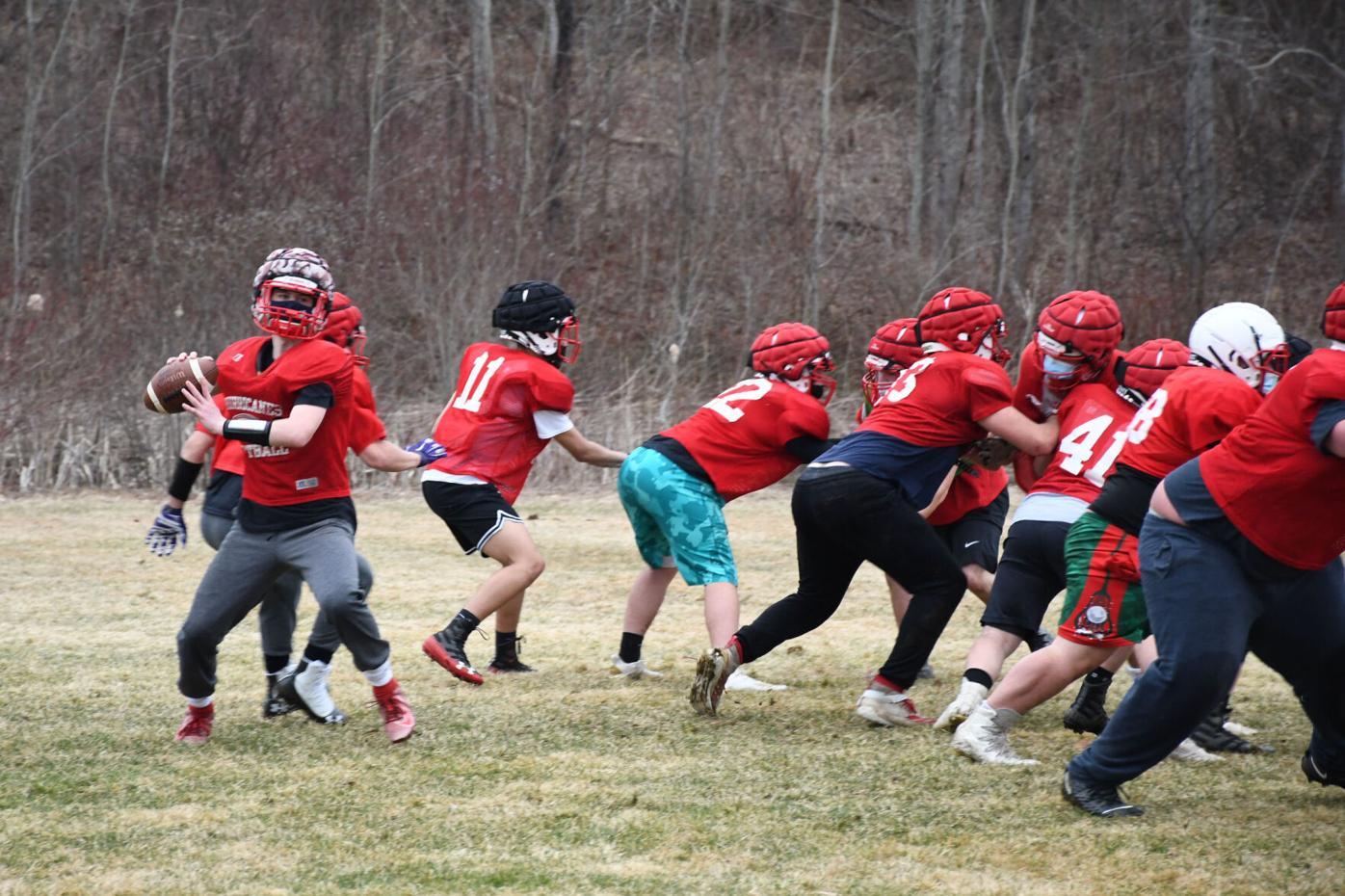 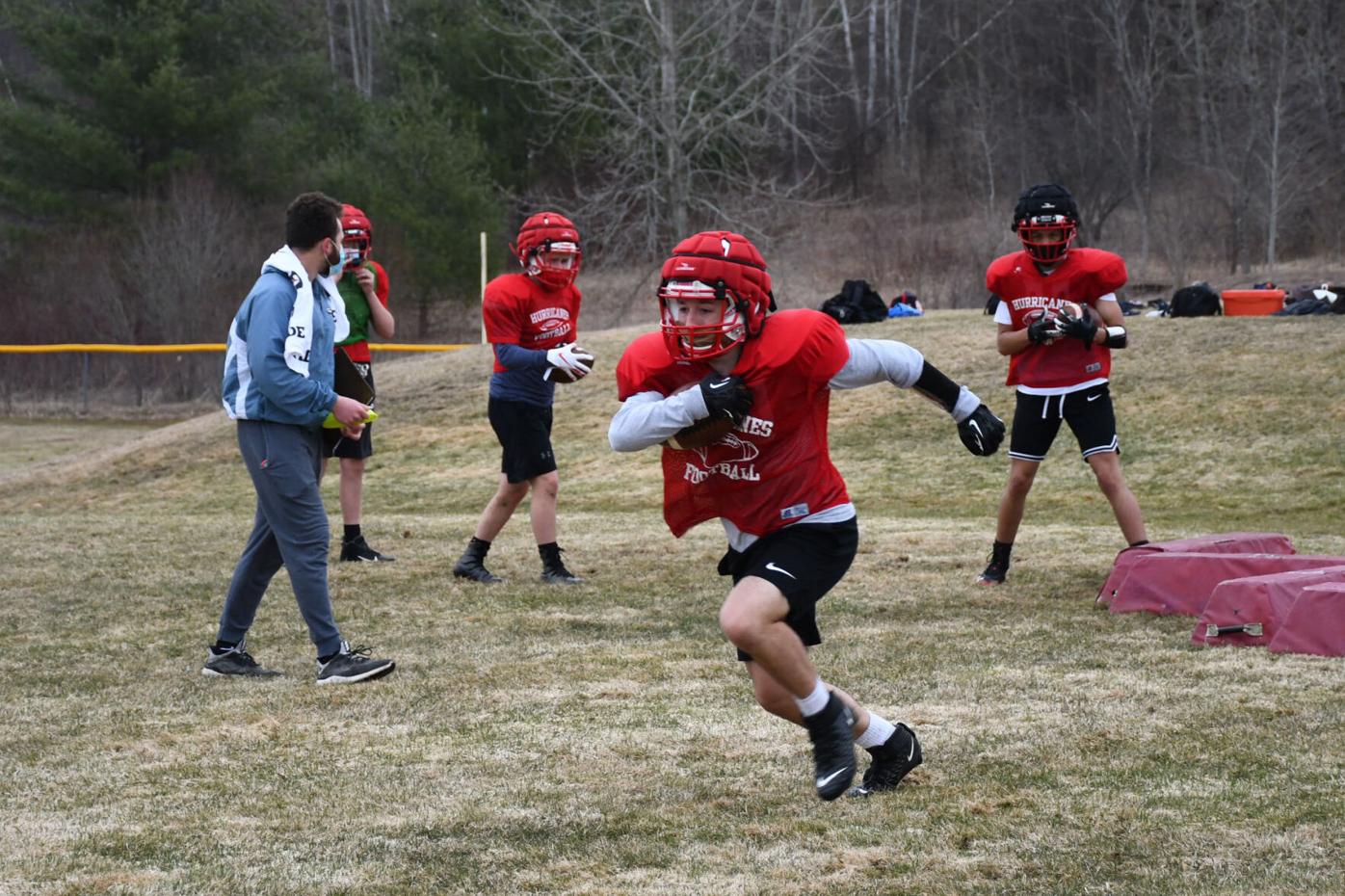 The Hoosac Valley High School football team does some drills during practice at the school in Cheshire on Wednesday.

The Wahconah football team kicks off its season on Saturday with a noon tilt against Hoosac Valley.

The Wahconah football team opens its Fall II season on Saturday at BCC against Hoosac Valley.

And then there was one.

Berkshire County’s athletic directors have put countless hours of work into providing high school athletes the opportunity to play sports while dealing with the mess created by the COVID-19 pandemic. Just because there is a path that ends on the hardwood or turf, doesn’t necessarily mean it is easy to reach.

With this in mind, as The Eagle reported yesterday, six of the County’s eight teams will be unable to play this weekend.

Fans are certainly looking forward to Drury, Pittsfield, Taconic, Lee, Monument Mountain and Mount Greylock beginning the season, which will hopefully be in the very near future.

It is worth noting that spectators will not be allowed on the Berkshire Community College campus on gameday, but the County’s ADs are also working to get each game streamed in some way and Per Bob Heck, the Wahconah-Hoosac Valley game on Saturday will be streamed live on PCTV ETV channel 1302, on the PCTV Facebook page and simulcast on Northern Berkshire Community Television.

With all that out of the way, there will football played at BCC on Saturday.

The two remaining teams will face off after ending the 2019 season against each other, so let’s dive into this weekend’s only game as the Fall II football season is set to begin.

The Hurricanes hit the ground running, both metaphorically and literally, in 2019. Hoosac Valley finished the regular season with a perfect record, despite falling to Lee in the Western Massachusetts Division VIII semifinals.

This is the way: Hoosac Valley football enters Fall II season with focus on consistency

The Hurricanes symbolized what we have come to recognize as “Berkshire County football,” a hard-nosed ground-and-pound team. To say that Liam Feeley was a workhorse in his senior year may be a bit of an understatement, scoring 15 touchdowns on the ground and rushing for 1,000 yards for the Hurricanes in 2019.

The good news for Hoosac Valley is that juniors Shawn Kastner and Aaron Bush had massive games on the ground, even while Feeley was running away from the competition.

On top of that, the Hurricanes have three seniors on their offensive line and a junior quarterback that started 10 games for the team as a sophomore in Carson Meczywor, which provides the kids from Cheshire plenty of stability.

The Warriors also have a quarterback with some experience as Quinn Gallagher is healthy and suiting up for his senior season. Wahconah, led by its defense, earned a 5-3 regular season record last year before falling in the Western Mass. D-VII quarterfinals. When the Warriors hit the turf on Saturday it will be without some major receiving threats in Tom O’Connor and Luke Hescock.

However, the backfield is mostly intact with Gallagher and Zach Archambault running the ball after a hefty workload in his junior year. Ben Noyes, who is entering his junior campaign, is another player to keep an eye on in the backfield as a physical runner. He is also a thumper at linebacker in the middle of Wahconah’s defense.

Archambault and Gallagher, along with Jon Render are the team’s senior captains this season. Render and fellow senior Josh Munn, along with juniors Drew Wendling, Jonah Smith, and Luke Dicicco could each fill Wahconah’s void at receiver. In addition, senior Logan Newsome gives the Warriors plenty of size at tight end.

The most intriguing part of the Wahconah roster may be the trenches. The Warriors have maintained an identity of getting to the quarterback and dominating the line of scrimmage. The spring roster consists of only one senior on the line in Ty Jordan, but eight juniors are listed as offensive and defensive linemen. If history is any indication, some of these guys will quickly become household names throughout Dalton.

These two teams met in week 10 of the 2019 season after playoff runs came to an end. The Warriors won 15-6 over Hoosac Valley with 18 of the game’s 21 points coming in the first quarter. Archambault scored the game’s first touchdown on a seven-yard run and Bush was the only player to find the end zone for Hoosac Valley, scoring on a 14-yard run.

This may seem like a cop-out, but it is hard to imagine a world where Saturday’s game isn’t roughly similar to the last time these two teams met. Despite the long layoff, each team is experienced and well-coached. Wahconah’s Gary Campbell is entering his 19th season at the helm of the Warriors and while Mike Bostwick is entering his first year as head coach of the Hurricanes, he has been an integral part of the coaching staff for years and with the program since 2009.h

The game could come down to who blinks first, a missed tackle or missed assignment might be all it takes decide a winner between these two teams.

Jake Mendel can be reached at jmendel@berkshireeagle.com or