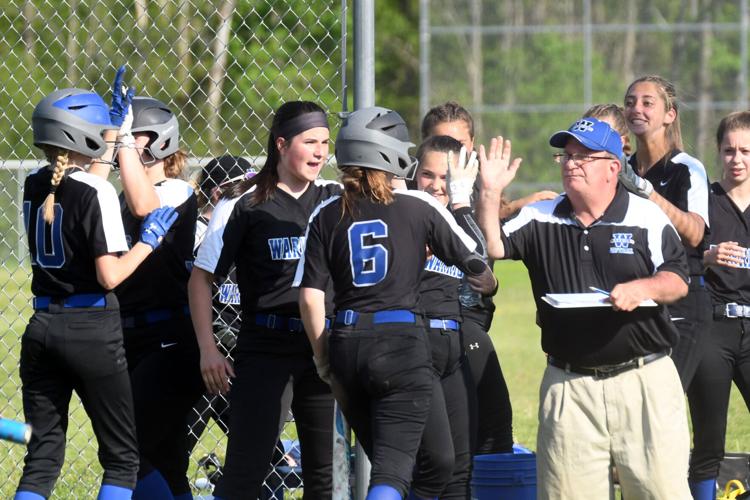 Wahconah, and the rest of Berkshire County's softball teams, hit the tournament road this week. The new state championship is at the end of that road. 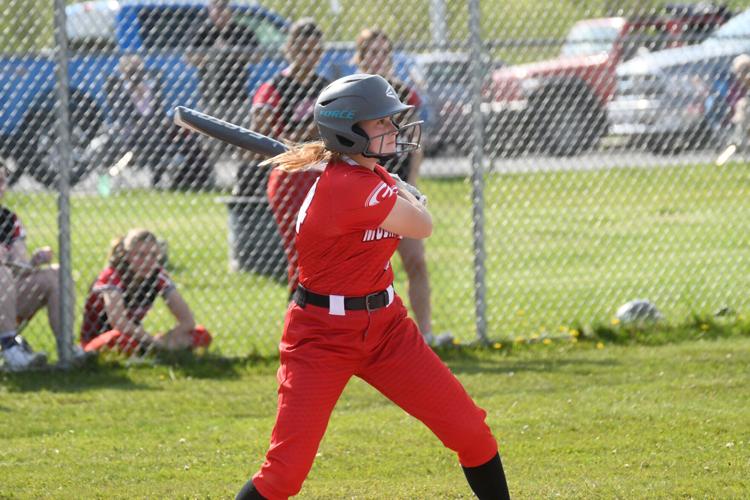 Things will look a bit different for Audrianna Pelkey and Mount Greylock softball as the Mounties look to return to the Western Mass. title game.

It has been more than a decade since a Berkshire County high school softball team was the last team standing in June.

If any of the county’s softball teams are going to repeat the success the 2011 state champion Wahconah Warriors had, that team will have to navigate some different waters.

As the county’s softball teams shift their seasons from practice and scrimmages to games that count in the standings, there is still a state championship at the end of the rainbow. Navigating the road to a state championship game will be much, much different than it has been in the past.

It has been demonstrated in sports like soccer and basketball that there is a new state tournament system. The top 32 teams, based on power ratings, along with other .500 or better squads, will begin playing in June for a state title.

Pittsfield is the only Berkshire County school among the 62 teams in the Division III field. There are 56 teams in Division IV, with Wahconah and Monument Mountain residing there. The remaining Berkshire County teams — McCann Tech, Mount Everett, Hoosac Valley, Drury, Lee, Lenox, Mount Greylock and Taconic — are in the 82-team Division V field. Taconic’s spring ball sport teams are not in the same division, as the baseball team is in Division III.

Unlike its baseball counterparts, softball only had three divisions until the Massachusetts Interscholastic Athletic Association elected to have five divisions for its statewide tournaments.

When Berkshire County was its own league, the majority of the teams were in the North or the South for most, if not all, of the school year. That is not the case since Berkshire County schools have been folded into the Pioneer Valley Interscholastic Athletic Conference.

Wahconah will be playing in the Franklin West in the spring. Based on past resumes, it looks to be one of the toughest leagues in Western Massachusetts. Not only will coach Dustin Belcher’s Warriors have home-and-home series with perennial Division III state champion Turners Falls, but 2018 D-II champion Greenfield and recent finalists Mount Greylock and Frontier Regional are also in the field. Taconic is the other Berkshire County team in the Suburban League.

The Franklin West will play home-and-home and then play three teams from the Franklin East in crossover contests.

Pittsfield will join the Valley League with old rivals Minnechaug, Agawam, Westfield and West Springfield, along with Hampshire Regional. The Generals will play three crossovers with Easthampton, Chicopee Comp and Longmeadow from the Valley Wheel.

Lee, Lenox and Monument Mountain are in the Bi-County with Gateway, Smith Vocational, Westfield Tech, St. Mary’s of Westfield and Putnam.

Before the teams qualify for the state tournament, some will have to get through the PVIAC’s Western Mass. tournaments.

Successes in the fall and winter, the four-class structure will continue this spring. The top eight teams in each of the four classes will begin play on either Saturday, May 21, or Sunday, May 22. The championship games will be played on either Tuesday, May 31, or Wednesday, June 1.

The cutoff date for teams to qualify for the Western Massachusetts tournament is May 18, with the brackets released the next day.

There are no Berkshire County teams in Class A, which is reserved for the largest schools in the region.

So, based on the schedules, softball games through the Western Mass. semifinal round will be included when the MIAA softball tournament committee begins its seeding. The championship games, like they were during basketball season, will not count toward seeding because they are scheduled for after the MIAA’s cutoff date.

Now, if only the weather would cooperate.