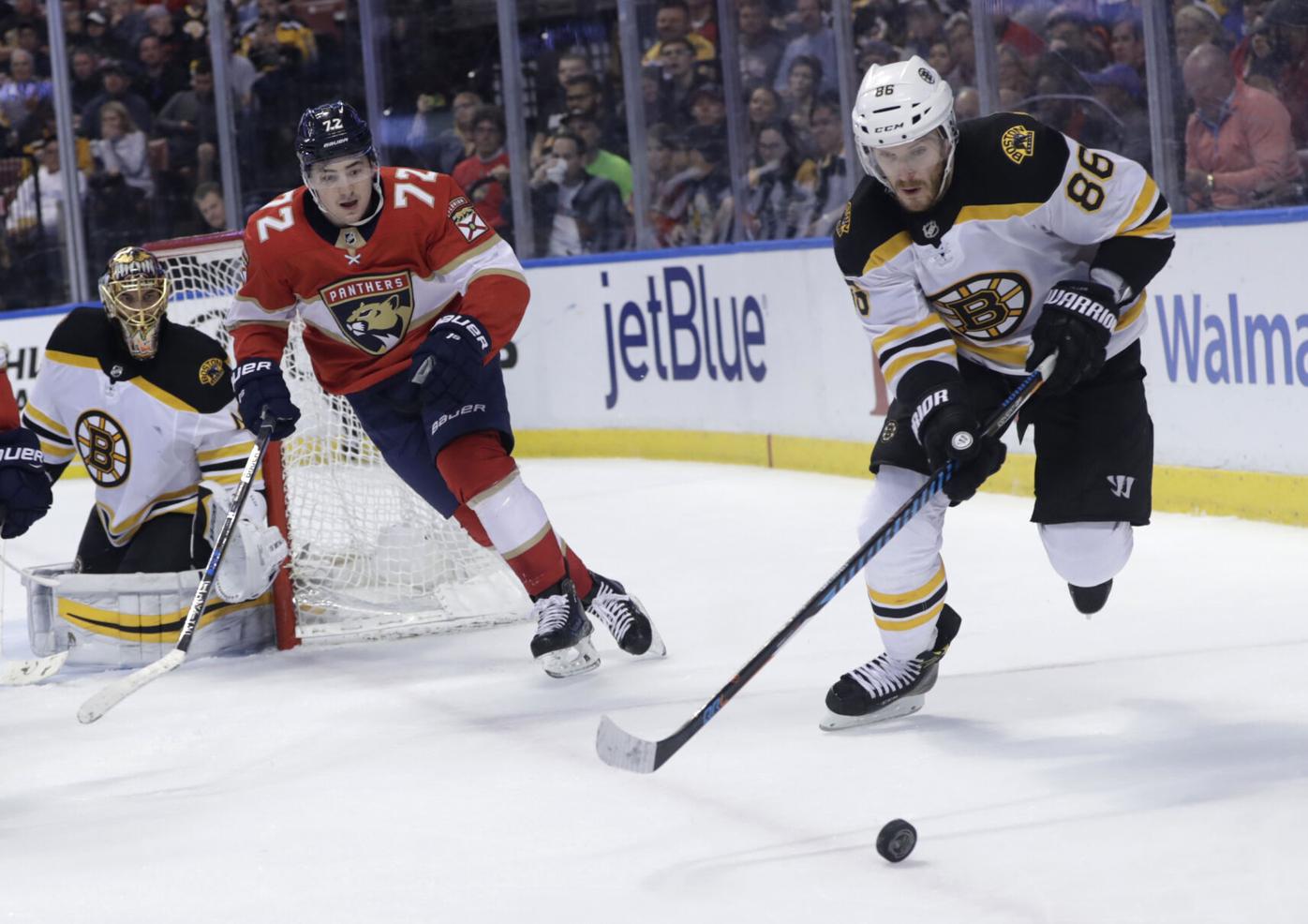 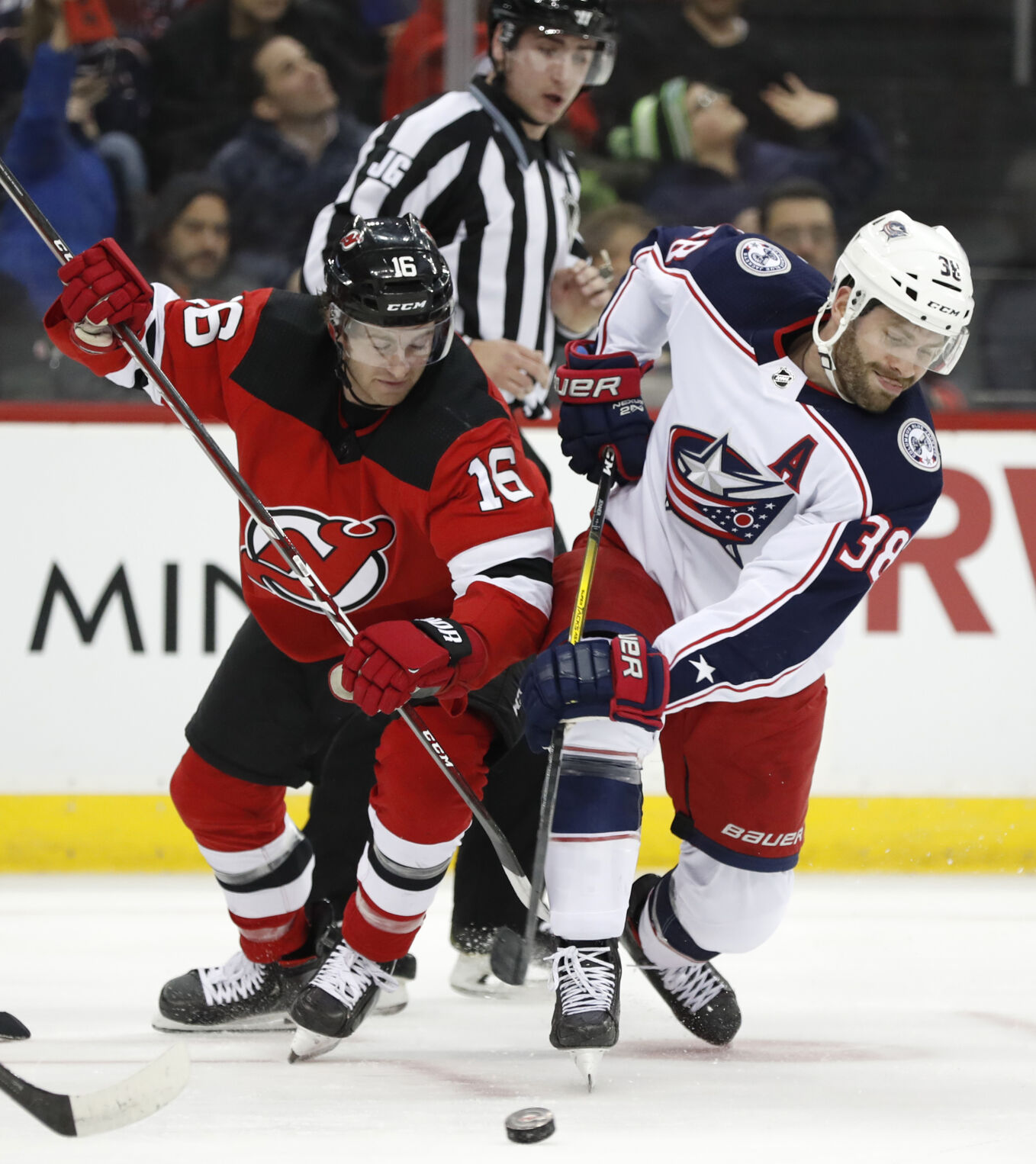 Kevan Miller, a defenseman, re-signed with the Boston Bruins, while Kevin Rooney crossed the George Washington Bridge, signing with the New York Rangers after being with the New Jersey Devils for his entire NHL career.

Miller, who missed all of the 2019-20 season because of a broken knee cap, signed a one-year contract with the Bruins, the only team he has ever played with. According to Pierre LeBrun of Canada’s TSN network, the deal could net Miller $2 million if he reaches the bonuses in the contract.

Rooney signed a two-year, one-way contract with the Blueshirts, for a reported $1.5 million. Rooney had been with the Devils since the 2016-17 season. His first full season was in 2018-19.

Both Miller and Rooney played their prep school hockey for Dan Driscoll at Berkshire. They both moved onto college hockey, Miller at Vermont and Rooney at Providence, before becoming professionals.

Driscoll, the Bears’ hockey coach and athletic director, said he was thrilled for both players. He was especially happy for Miller, who has come all the way back from several injuries.

“I just finished texting with him,” Driscoll said on Friday. “What an example of perseverance and just dedication. To go through what he’s gone through and to see him get rewarded with this contract, it’s just a great example to a lot of kids to stick with it — to really stick with it.”

Miller’s last game in black and gold came on April 4, 2019, when the Bruins beat the Minnesota Wild. The knee injury caused him to miss the Stanley Cup Playoffs, where the Bruins lost in the Finals to the St. Louis Blues. Miller also sat out the just-ended season. Not even the lengthy delay due to the COVID-19 pandemic could get him back into the lineup.

Miller is a six-year veteran, who signed with the B’s out of UVM. Since he missed all of 19-20, this upcoming season will be his seventh on the ice.

Miller averaged 19 minutes, 28 seconds of ice time in 68 games that year, and his plus-minus rating was a stellar plus-16.

Driscoll said that had Miller been healthy in the 2019 series against St. Louis, there might have been another Duck Boat parade in Boston. In that series, the Bruins bounced back from a 3-2 series deficit to win Game 6 by a 5-1 score. The Blues won Game 7 on the TD Garden ice, 4-1.

“Going back to that St. Louis series, with him in the lineup, the chances of winning would have increased by about 90 percent,” Driscoll said. “Just that physical element to that game. The Bruins just kind of got outmuscled in that series. Frankly, he wouldn’t have allowed that to happen if he had been in the lineup.

“The Bruins know what they are doing and they know what their needs are. He fills a really important role for them.”

Rooney, meanwhile, signs with the Rangers after spending parts of four seasons with their Metropolitan Division rivals. He played in 49 games for New Jersey in 2019-20, scoring four goals and getting five assists. His plus-minus rating of plus-8 led the Devils. His plus-minus rating was even or better in 43 of the 49 games he took to the ice in. Rooney averaged 11 minutes, 44 seconds of ice time per game.

Rooney was one of New Jersey’s top penalty killers. He was on the ice for only 11 shorthanded goals in 102 minutes, 51 seconds of short-handed ice time.

Rooney signed an Amateur Tryout Contract with the American Hockey League’s Albany Devils back in 2016, after playing at PC. He played five games in his first two pro seasons, before making it to the Devils fulltime in 2019.

“That’s awesome. That’s wonderful,” Driscoll said when told that Rooney had signed on with the Rangers.

“There’s another kid who’s just the ultimate teammate and the ultimate character guy,” the Berkshire School coach said. “That character has allowed him to become an important part of whatever team he’s been on.”

In two years at Berkshire School, Rooney had an even 26 goals and 26 assists. In the 2010-11 season, he had 12 goals and 14 assists, and flipped those numbers exactly the next season. From Sheffield, he went on to play for Nate Leaman at Providence.

“He was” a scorer at Berkshire, Driscoll said. “He played in every situation, had a really great hockey IQ. But he’s smart enough to realize that to stay in a lineup, he had to adjust his game. He adjusted his game when he went to Providence and became an unbelievably effective third-line center. You think back to that national championship game and his job was to shut down Jack Eichel, and he did it.” Eichel, the No. 2 overall pick in the 2015 NHL Entry Draft, had 26 goals and 45 assists for Providence’s Big East rival Boston University. The Hobey Baker Award winner, given to the top player in college hockey, was taken behind only Connor McDavid in the 2015 draft.

Providence and BU met at TD Garden in the 2015 NCAA Division I championship game, a game the Friars won 4-3. In that game, both Eichel and Rooney had one assist. But Rooney’s assist came on the game-winning goal by Brandon Tanev at 13:43 of the third period.

“By accepting that and welcoming that and kind of relishing that role, it kind of allowed him to continue to move on and continue to stay in the lineup,” Driscoll said, “and find a role that he did really well in. Now, he’s getting rewarded for that.

“He’s a great teammate, a great leader and a great person.”

Howard Herman can be reached at hherman@berkshireeagle.com. or 413-496-6253. On Twitter: @howardherman