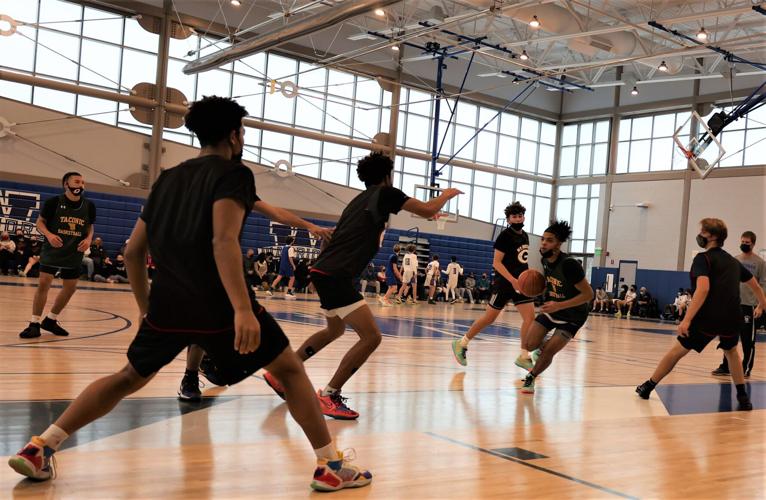 Sean Harrigan and Taconic will play this season as part of the Suburban North League within the PVIAC. 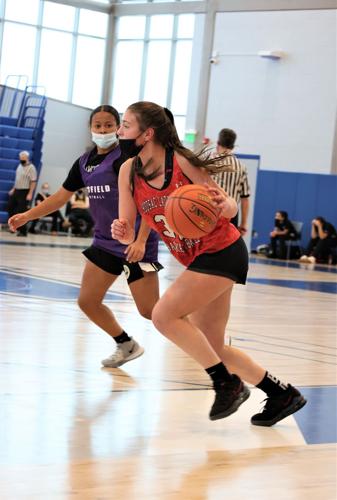 Averie McGrath's Hoosac Valley Hurricanes are with Wahconah in the Suburban League this season.

Sean Harrigan and Taconic will play this season as part of the Suburban North League within the PVIAC.

Averie McGrath's Hoosac Valley Hurricanes are with Wahconah in the Suburban League this season.

Following suit with fall sports, boys and girls basketball in Berkshire County is no longer competing as part of a Berkshire League.

Instead, the local teams have been divided up into a variety of leagues within the Pioneer Valley Athletic Conference.

While this will detract somewhat from some typical geographic rivalries, the goal continues to be the striving for competitive balance.

Likewise to the fall soccer season, the basketball teams will also be broken into classes, which will formulate small, eight-team brackets at the end of the regular season to compete for new Western Massachusetts titles. The teams will also be competing throughout the year to add to their power ratings within the MIAA’s state-wide system. Those teams that qualify for the state tournament will be placed into divisional brackets with a minimum of 32 teams across the Commonwealth.

For example, the Taconic boys basketball team, winners of three straight Western Massachusetts championships and the still defending MIAA state D-II co-champs, will play in the Suburban North this winter.

Pittsfield and Taconic are both participating in the PVTO Classic this weekend at the Mullins Center on the campus of UMass Amherst. Ticket prices are $5 per person and there are a handful of Mullins Center Spectator Policies that must be followed by those wishing to attend.

All guests will also be required to wear a mask while attending the event inside the Mullins Center.

All guests 12 and older should be prepared to show a vaccination card or negative COVID test result upon arrival at the Mullins Center.

Guests 12 and older who attend any event at Mullins Center shall be fully vaccinated, or have a negative COVID-19 (PCR or antigen) test result within 72 hours of the event date.

Spectators can park in Lot 25, which is located on the north side of the Mullins Center.

Taconic and Pittsfield will square up regularly against West Springfield, Minnechaug and Agawam in the Suburban North, and play a cross-over game each against the Suburban North teams; Amherst, Pope Francis, Westfield, East Longmeadow and Chicopee Comp. That takes up 13 games of an 18-game regular season. Taconic will also play a home-and-home against Sci-Tech, face Putnam at Saturday’s Pioneer Valley Tip-Off at UMass, and visit Wahconah and Green Tech for one-offs. Pittsfield will also play Wahconah and Green Tech, as well as facing Chicopee at the Tip-Off and host Monument Mountain on Feb. 9.

Speaking of the Spartans, coach Randy Koldys’ crew is in the Bi-County East alongside local foes Hoosac Valley and Wahconah. South Hadley, Palmer, Baystate Charter and Easthampton also help make up the seven-team league. Monument will stay a bit more local with non-league games against Drury, Lenox and Mount Greylock, all scheduled before the new year, in addition to the four games against the Hurricanes and Warriors.

Monument Mountain athletics director Karl Zigmand said, however, that tickets for Monument home games must be purchased online at the GoFan digital ticketing system. All tickets must be purchased before each game. The website is https://bit.ly/33fiJ51.

Hoosac will keep its rivalry alive with Drury with one game slated for Saturday, Jan. 22 in Cheshire.

Coach Jack Racette’s Blue Devils, who are still the defending Western Mass. D-IV champions from 2019-20, Are part of the Hampshire North and South Leagues which, like the Suburbans will play two games against in-league teams and one each against the sister league’s teams.

Drury is with Lenox and will play the Millionaires twice, along with Mahar, Hopkins Academy, Pioneer Valley and Frontier. The Blue Devils and Millionaires will play Lee and Mount Greylock once each as part of the cross-over games because the Mounties and Wildcats are in the Hampshire North. There, they’ll contend with Athol, Franklin Tech, Smith Academy, Mohawk and Turners Falls for a league title.

Finally, for Berkshire County hoop fans, there is the Tri-County North, which will house McCann Tech and Mount Everett. The Hornets and Eagles are slated to meet Duggan, Ludlow, Westfield Tech and Hamden Charter

The Tri-County South features Smith Vocational, PVCA, Pathfinder, St. Mary’s, Gateway and PVCICS. The cross-over games for Tri-County teams will pit the top three teams and the bottom three teams in each against one another.

Things are also different in girls basketball, and different from the schools’ boys alignment as well.

For starters, Taconic and Pittsfield are split up into sister leagues the Valley League and Valley Wheel. Taconic is in the Valley League with Central, Northampton, Longmeadow, West Springfield and Holyoke. PHS is in the Wheel with Minnechaug, East Longmeadow, Chicopee, Chicopee Comp. and Westfield. Those two leagues will do the top three/bottom three cross-over games.

Pittsfield and Taconic are still scheduled to play each other twice, to open the season on Monday, Dec. 13 and then again on Jan. 12.

Lenox likewise finds itself all alone in the Franklin South, where Palmer, Greenfield, Frontier, Hopkins, Ware and Athol reside. The Franklin West houses Lee, Mount Everett and McCann Tech, along with Southwick, Pope Francis, Easthampton and Renaissance. Those schools will play in-league twice with one cross-over each, pre-scheduled.

Similarly, the sister leagues Suburban and Central play that style of schedule. From the Berkshires, Mount Greylock, Drury and Monument Mountain will play in the Central League, while Wahconah and Hoosac Valley compete in the Suburban.

Central also houses Belchertown, Agawam, Sabis and Ludlow. Suburban is made up of Hampshire, South Hadley, Granby, Monson and Amherst, along with Wahconah and Hoosac.

For other winter sports, their schedules and opponents revert back to the norm. Wrestling, swimming, alpine and Nordic skiing are not part of the Berkshire County merger into the PVIAC.

Swimming is also what it was pre-pandemic. Berkshire County’s swim teams will be able to travel to New York and Vermont for league meets. Monument Mountain will have a new home pool. The Spartans will now be swimming at Berkshire South in Great Barrington instead of at Simon’s Rock.

In alpine and Nordic skiing, the Berkshire County League will return and will compete against each other prior to the MIAA-sanctioned tournaments.