PITTSFIELD — The Drury girls soccer team began the season by being shut out twice. Thursday, however, gave the Blue Devils a glimpse to what they’re capable of. 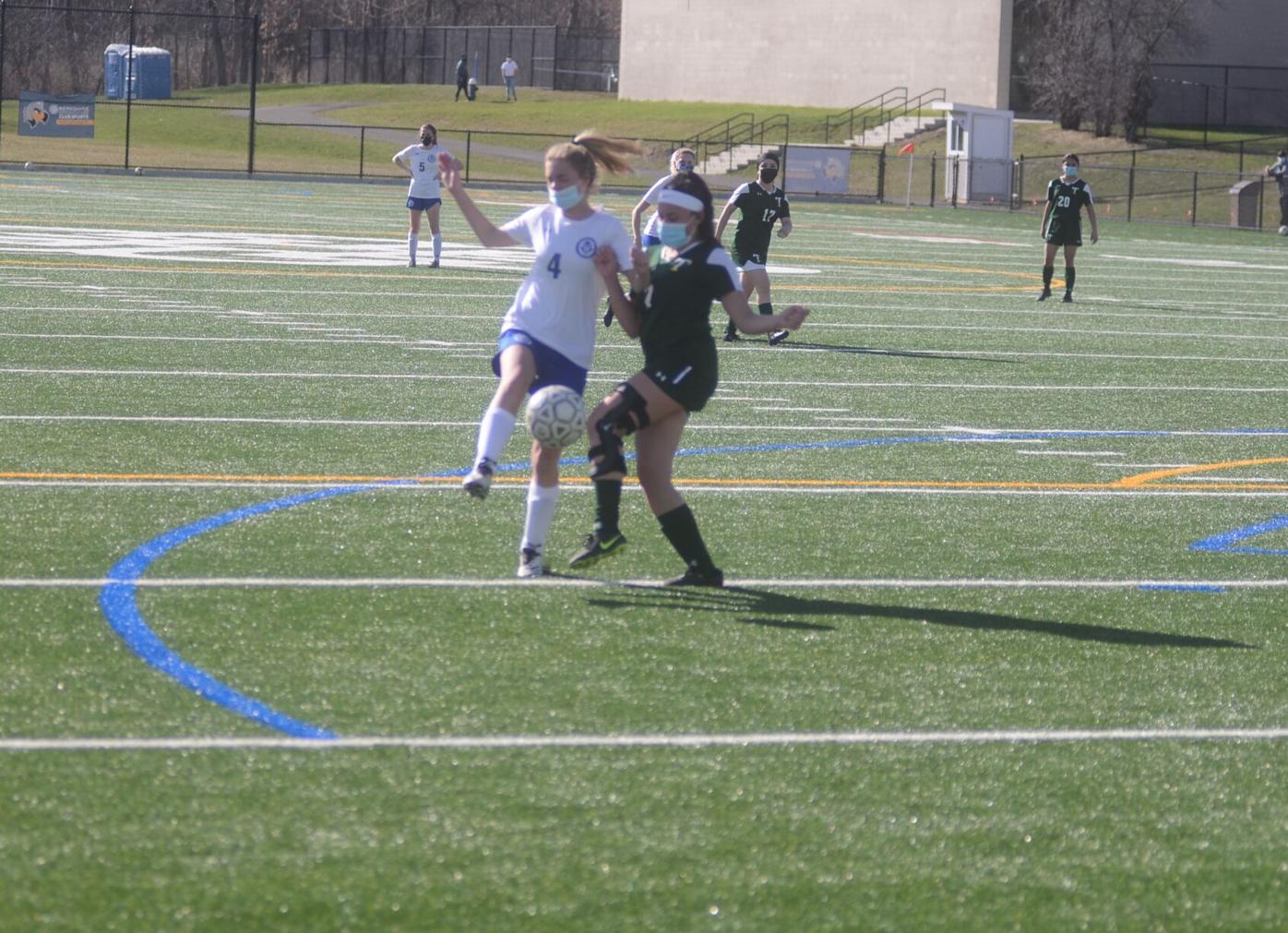 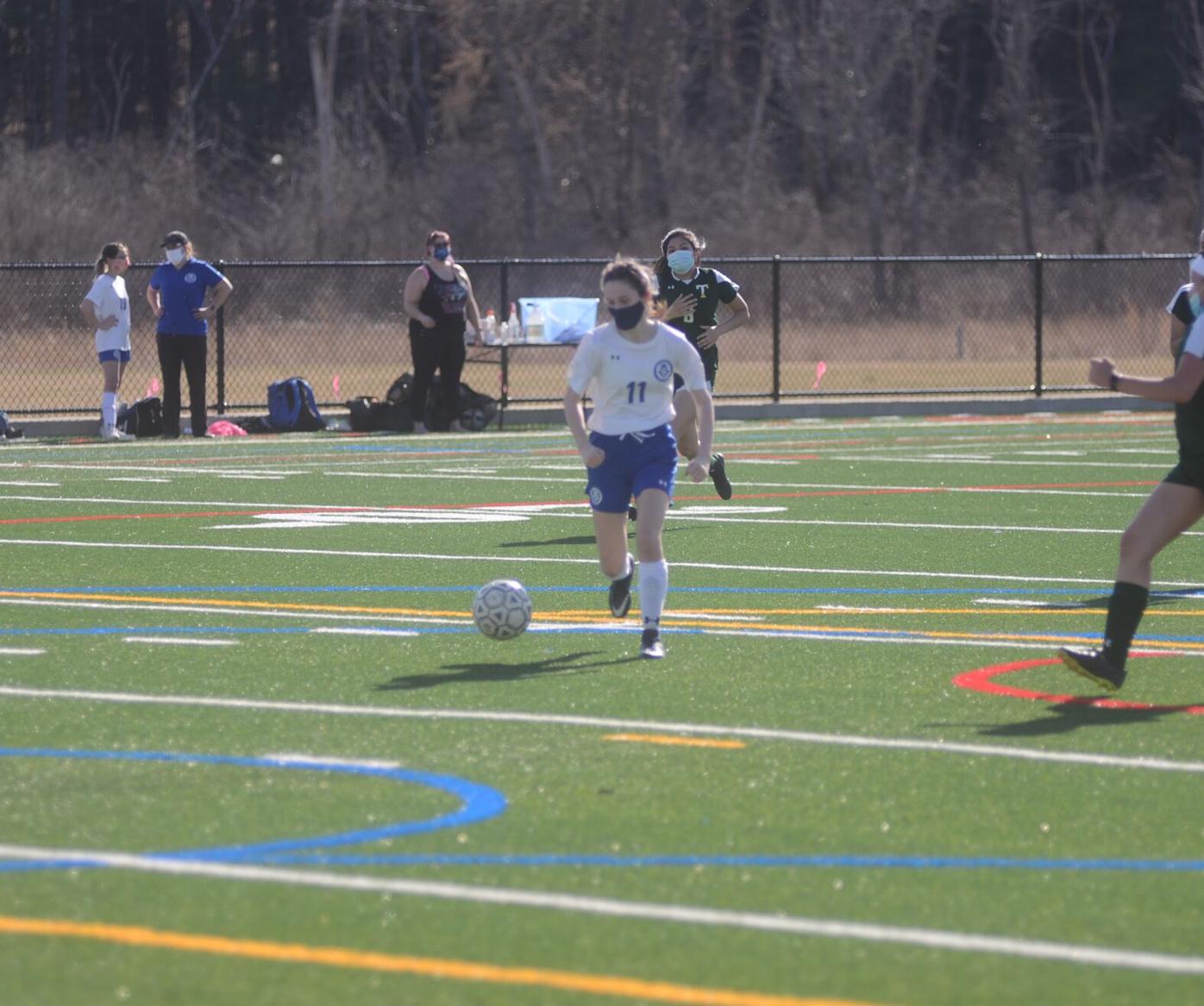 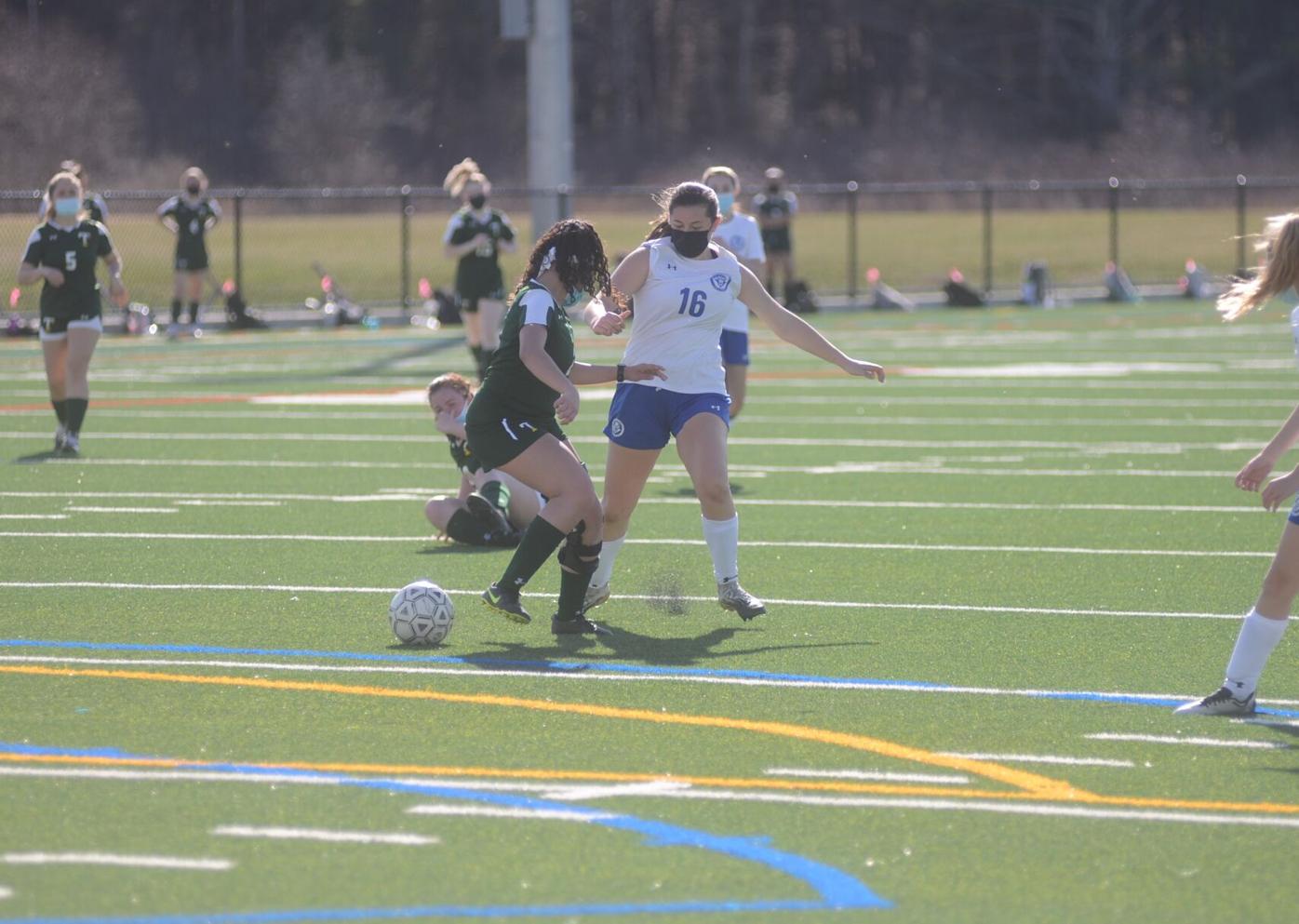 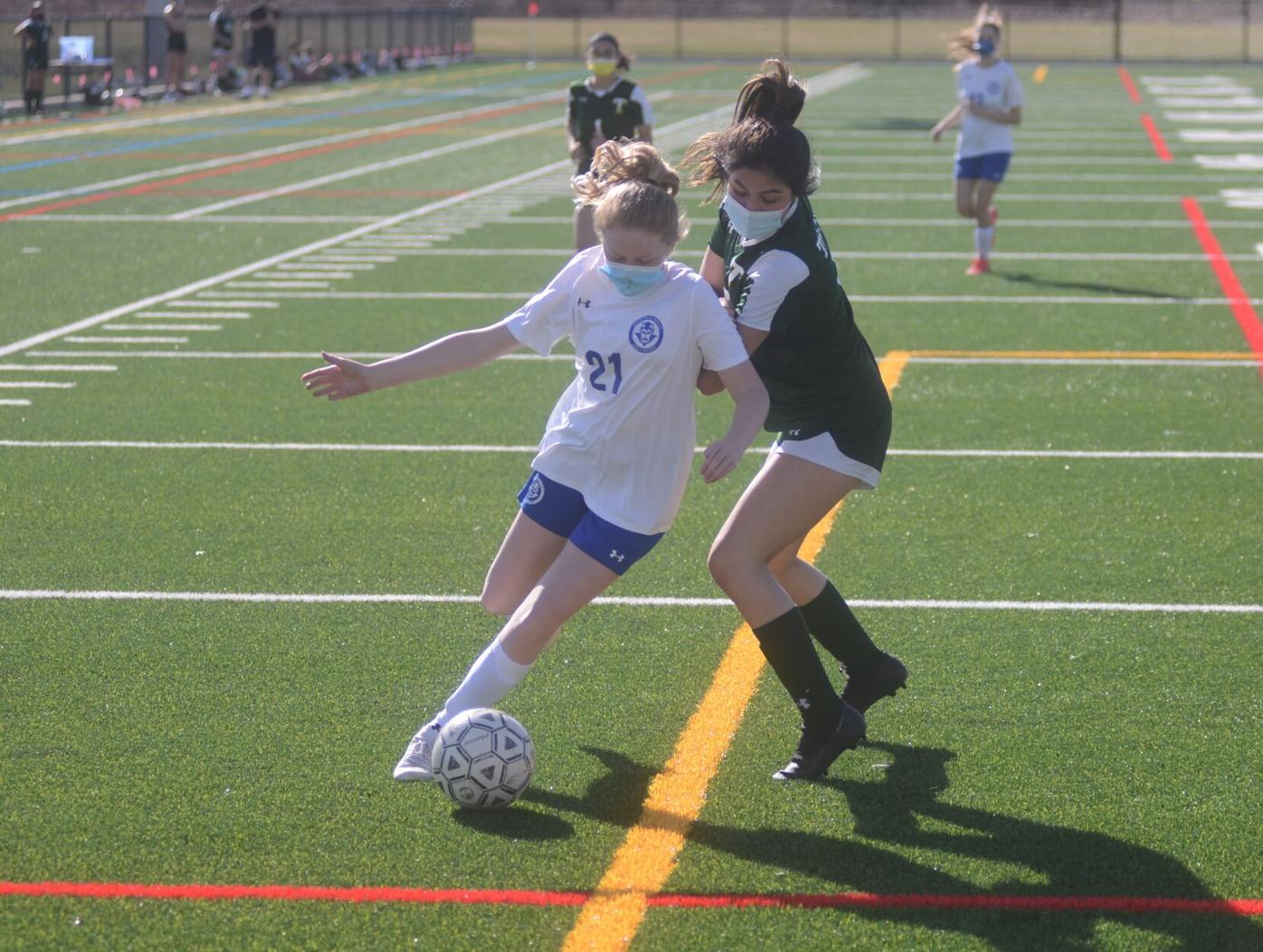 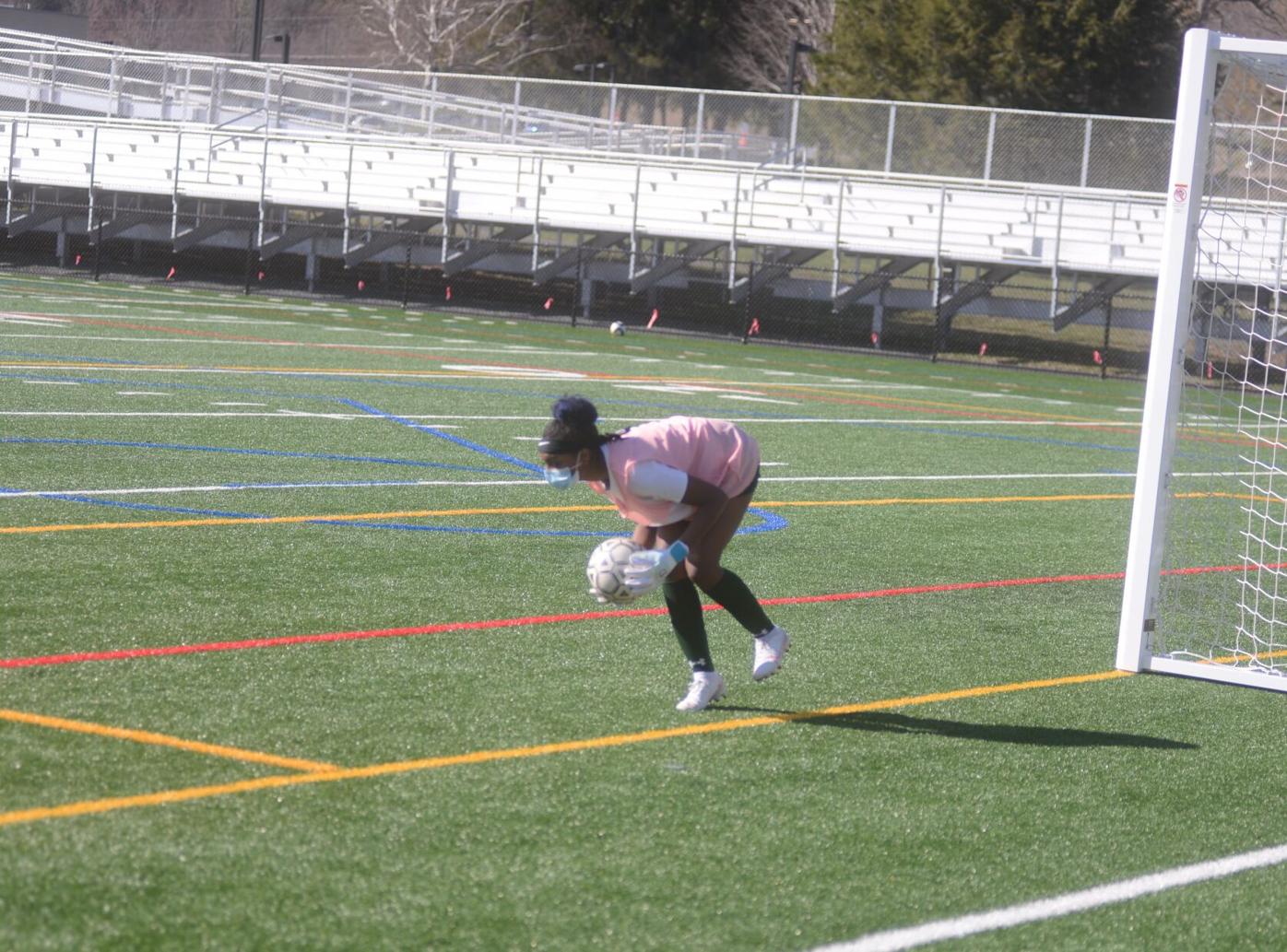 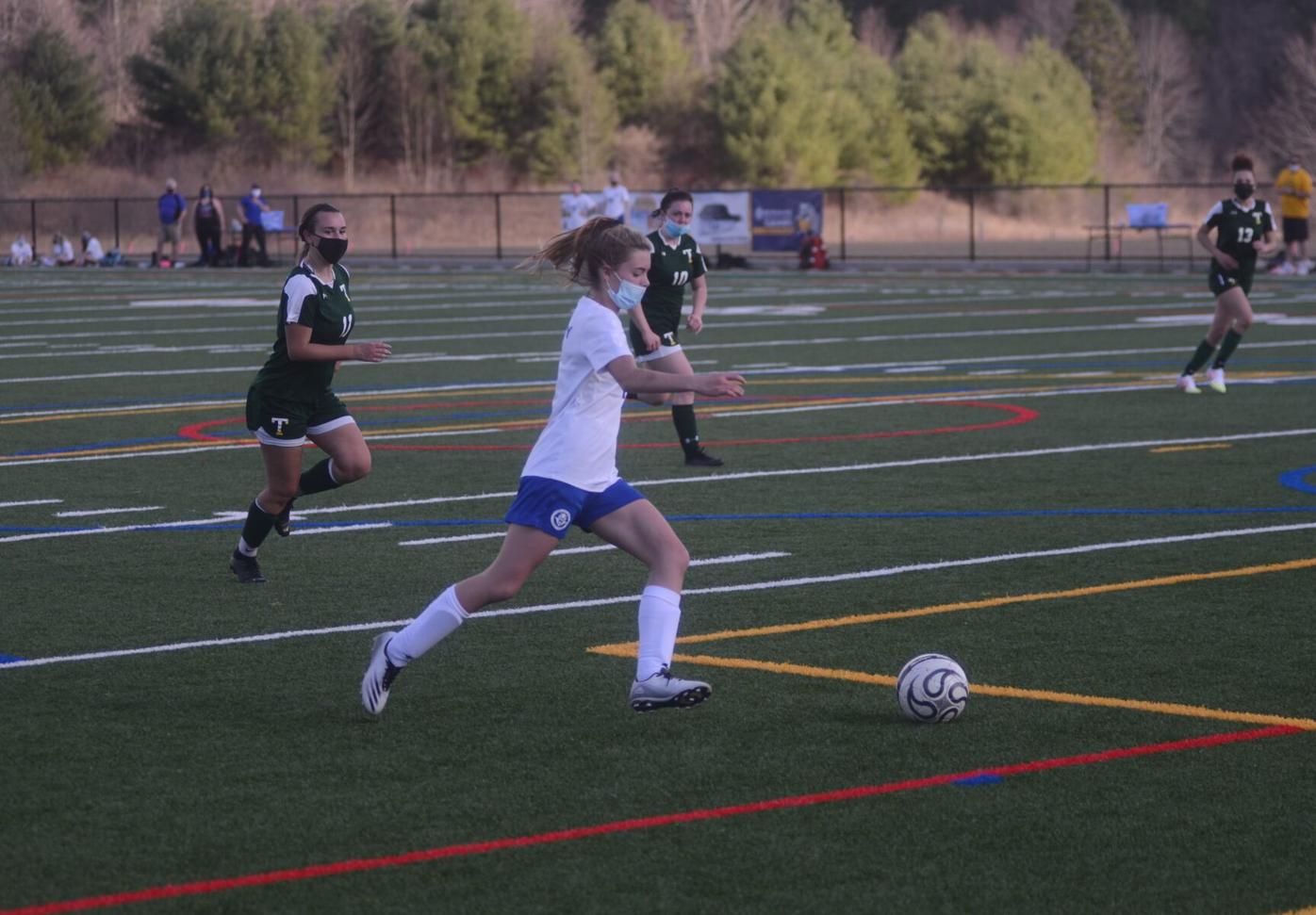 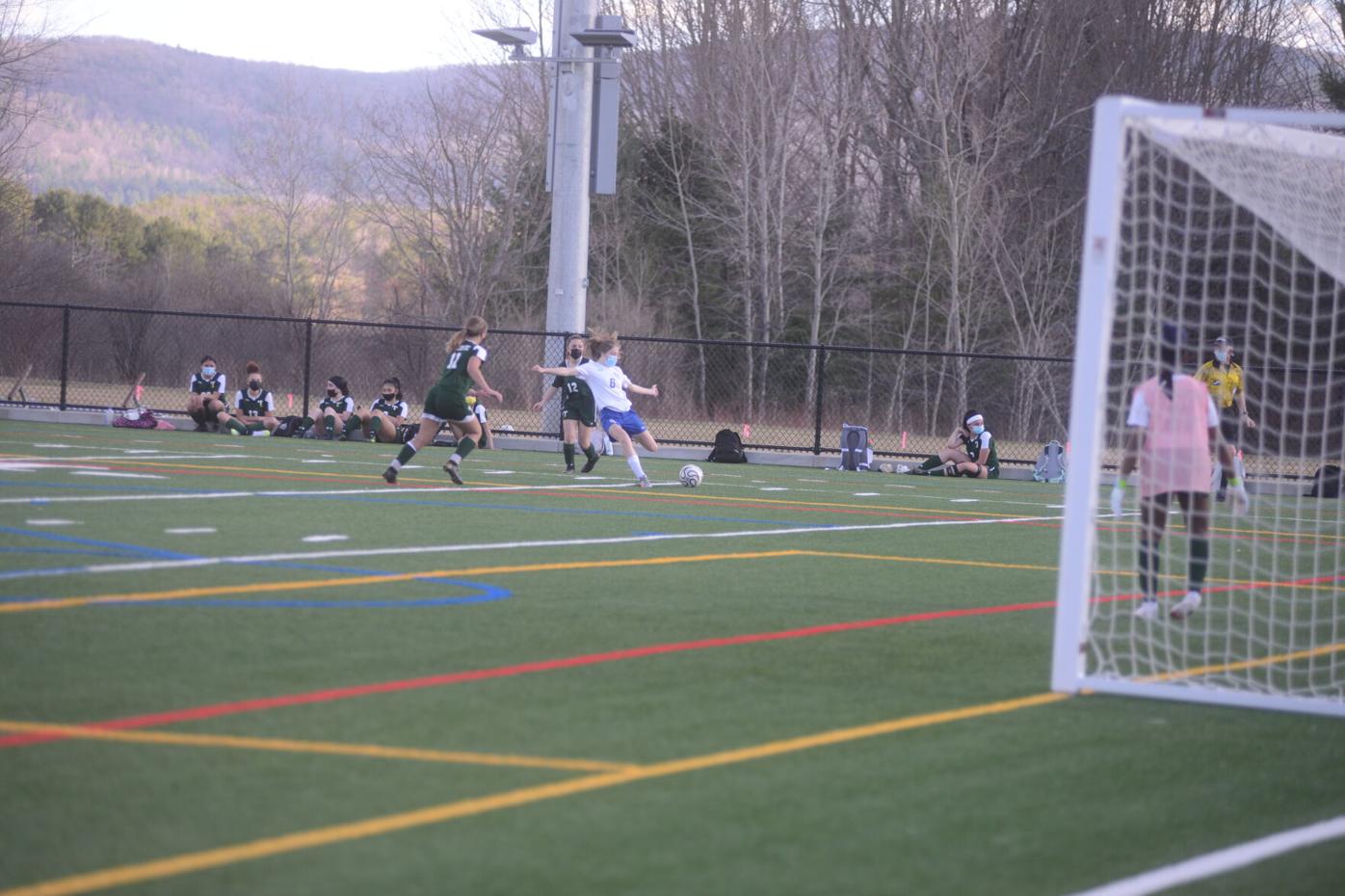 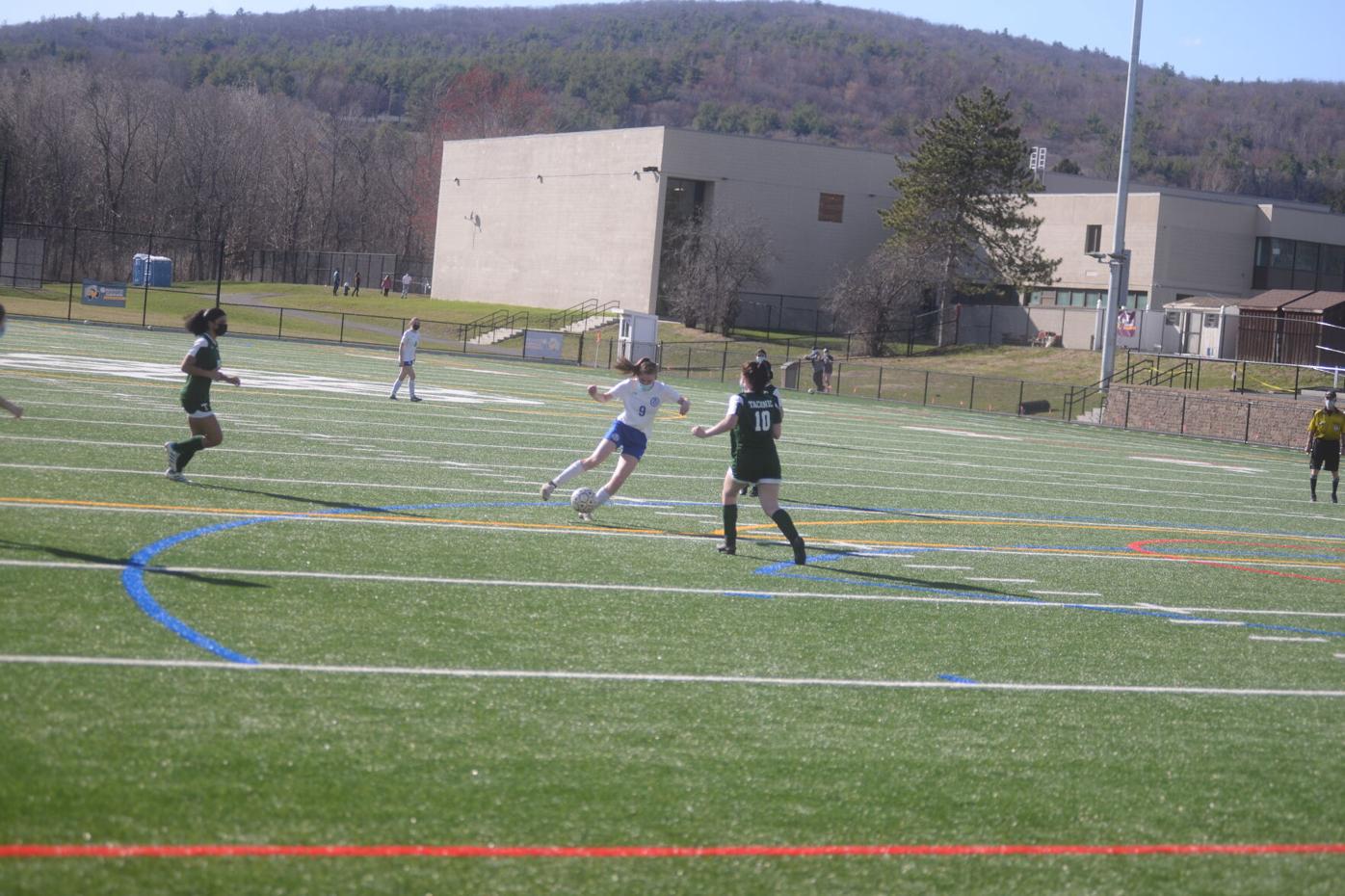 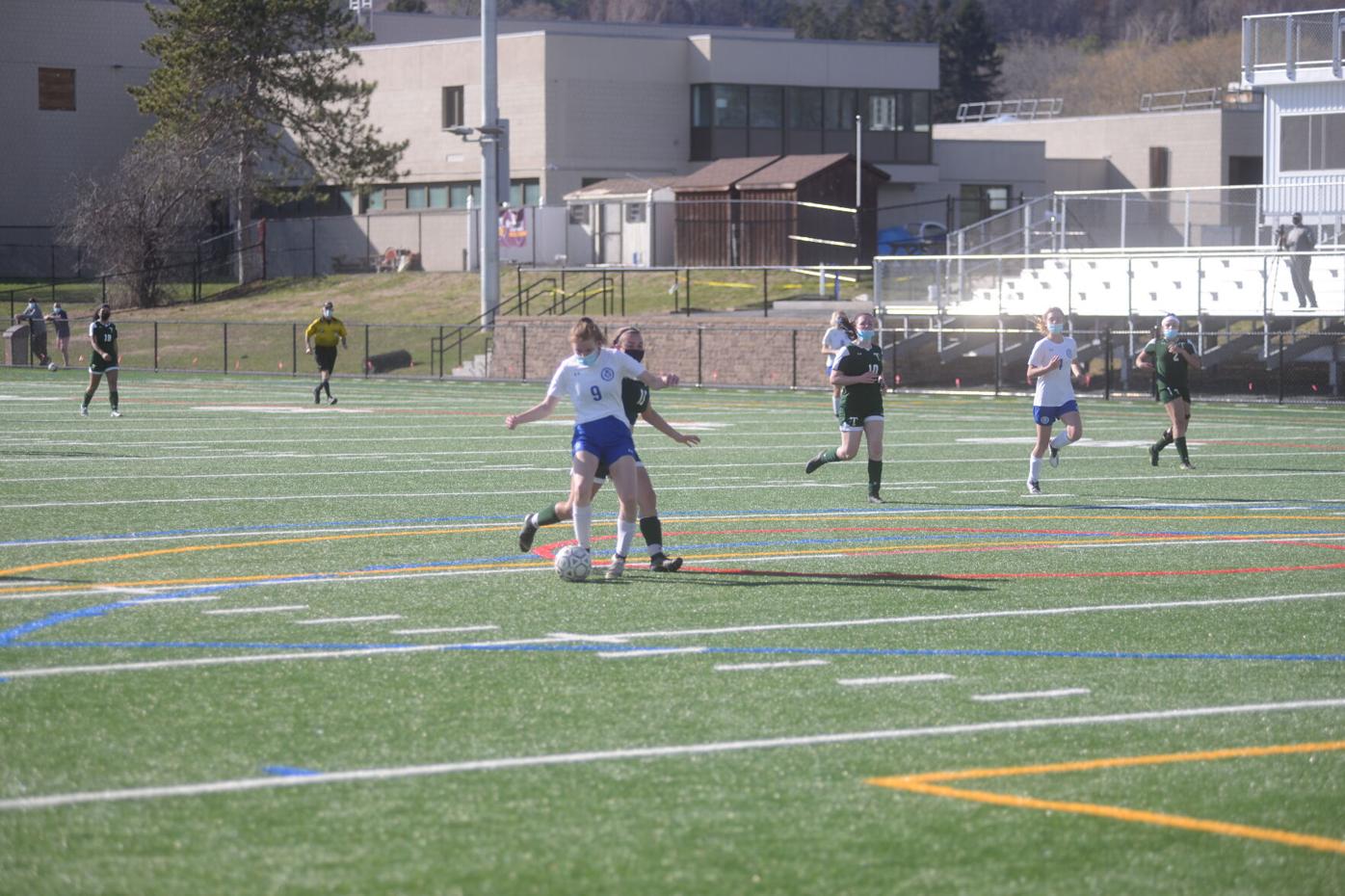 “After our games we focus on defensive shifts to make it so opponents can’t pass the ball well,” senior keeper Mackenzie Dobbert said. “Offensively, we’ve been working on our passing and looking down the field.

“Today, we were making amazing passes, something we really improved on.”

The post-game reflections by the Blue Devils are certainly paying off, controlling the middle of the pitch for most of the afternoon.

With the game tied at one early in the first half, Saunders tracked a deflection near the Taconic net and sent it back, giving Drury a 2-1 lead.

Miles, who completed her hat trick in the first half, fired a shot top shelf to give the Blue Devils a 4-1 lead midway through the half. Drury ended with 26 shots on net, keeping the intensity up for 70 minutes.

“We kept pushing even though we had a lead and that helps [with growth],” Dobbert said. “Some teams relax after getting a lead, but keeping the energy up makes us better.”

The Blue Devils kept Dobbert clean for most of the night as Taconic registered four shots at net.

Caroline Cellana and Kayla McGrath each scored in the first half as Drury led 6-1 at the break. Samantha Kogut scored early in the second half and Saunders ended the offensive output with a fastball that sat on the top shelf.

The condensed season has made game-by-game adjustments apparent, which was the case for Drury’s offensive eruption. While Thursday was Drury’s third game, it was the season opener for Taconic.

Sophomore Tiffin Martin started the season on the right foot for the Green and Gold, firing a curve ball that landed in the top-left corner for a goal, knotting the game at one in the first half.

The Fall II season has teams learning on the fly and Dobbert added that communication makes the growing pains much easier to manage.

“Be there for your team and give good advice,” Dobbert said of her standards as one of the seniors. “During a game it can sometime come off over the top, but keeping calm and having positive conversations [is the biggest thing].”

Taconic’s second game of the season will take place Saturday at Monument Mountain. Meanwhile, Drury is off until a showdown with Lee at BCC on Tuesday.