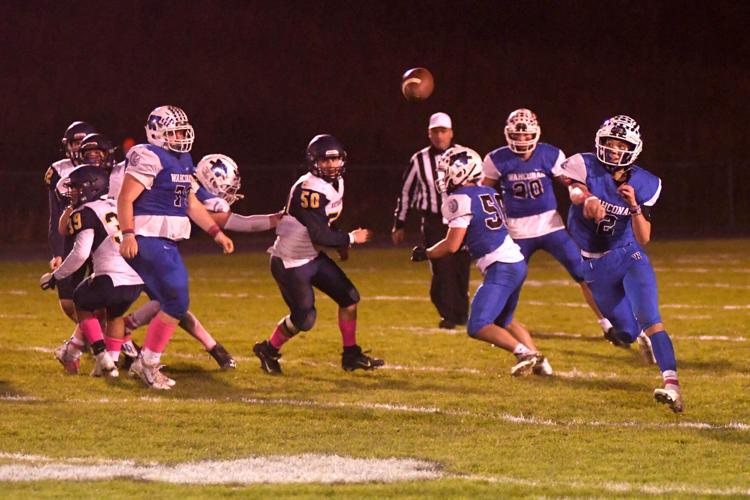 Wahconah's Ryan Scott throws the ball during a game against Northampton in Dalton on Friday night. Wahconah went on to beat Northampton 38-16. 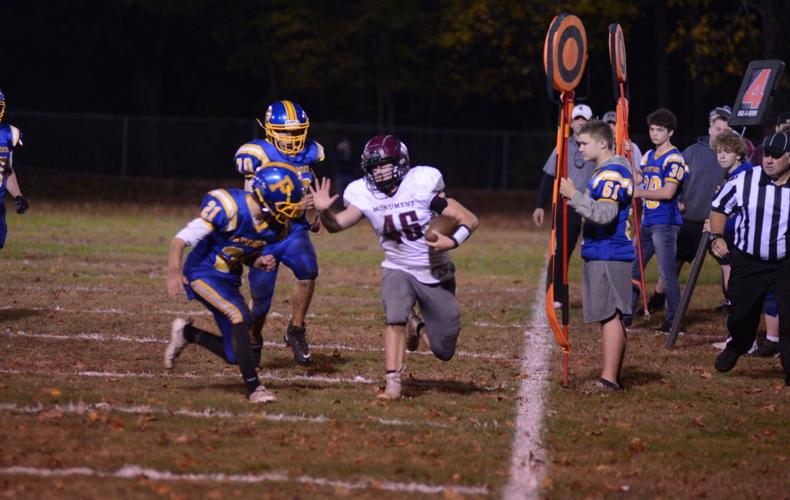 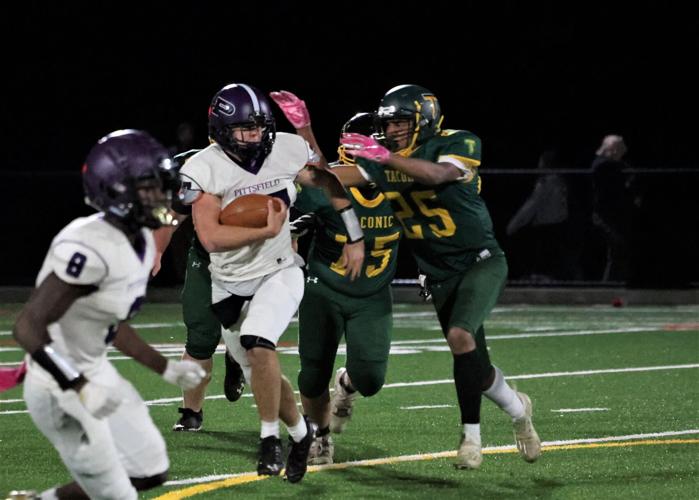 Wahconah's Ryan Scott throws the ball during a game against Northampton in Dalton on Friday night. Wahconah went on to beat Northampton 38-16.

The regular season comes to a close this week as hopeful teams throughout Berkshire County use fingers and toes to calculate just how the MIAA Power Rankings shake out for the state tournament.

Wahconah is featured in our Game of the Week, as the Warriors look to close a perfect season at home against West Springfield. Additionally, Pittsfield Community Television will stream the game live as its Game of the Week.

The MIAA Power Rankings mean more than ever this week as teams begin to get an idea of where they stand inside the playoff picture. The top 16 teams in each division will compete in the state tournament. Teams on the inside are looking to hold the rope while others are launching a Hail Mary from the 20-yard line — crazier things have happened!

There isn’t much to say about a team that leaves everything on the field. The Warriors are atomizing opponents with six wins by 16 points or more.

Wahconah’s success on the field translated into a perfect 7-0 record and the top spot in the Division VII Power Rankings. Running back Jonah Smith rushed for 145 yards and three touchdowns in last week’s Route 9 romping of Northampton.

The tailback eclipsed 1,000 rushing yards in the win and now has 1,115 yards and 16 touchdowns on 119 attempts this season. If the devastating rushing attack wasn’t enough to haunt opposing defenses, quarterback Ryan Scott is playing his best football of the year.

He completed 15 of 18 passes for 204 yards and a season-high five touchdowns in Week 6. That efficiency carried into last weekend with completions on 10 of 12 attempts, averaging a hair under 10 yards per throw. The Warriors have outscored opponents 124-31 in the last three weeks and close the regular season at home against West Springfield.

West Side is 5-2 on the year and ranked No. 17 in the D-III Power Rankings. The visitors are 5-0 when holding opponents to 20 points or less. Meanwhile, they’ve given up 30 points in losses to Minnechaug and Northampton.

The Warriors have been perfect since Sept. 11’s Week 1 win over Pittsfield and while it is another test tonight, an undefeated season is in reach for the student-athletes from Dalton.

The Green and Gold have won two of the last three games and a spot in the D-VIII state tournament remains a possibility. Taconic, 2-5, is ranked No. 16 in the MIAA Power Rankings, clinging to the division’s final playoff spot.

South Hadley arrives at Berkshire Community College with a 3-4 record, good for No. 15 in D-VI. Both teams will look to make a strong closing statement as the concrete is close to drying.

Taconic is at its best when moving the chains on the ground. Dazyear Moore has 30 rushes over the last three weeks, good for 161 yards and two touchdowns. The extension of drives translates to more opportunities to strike down the field to Dez Merced and Sean Harrigan. Offense or defense, it doesn’t necessarily matter because these two will catch the football.

Harrigan has 11 receptions and two touchdowns since the team’s 24-14 win over Putnam in Week 5, and has made the unfortunate statistical habit of getting downed on deep passes at the 1-yard line. Merced averages more than 15 yards per reception in that time and brought back a 100-yard walk-off pick-6 to defeat Chicopee in Week 6.

Nothing is set in stone for either of these teams. Two months of practice and growth will boil down to a 48-minute test for these playoff hopefuls.

The Generals are capable of moving worlds on the offensive side of the football — imagine what they’re doing to opposing defenses.

Pittsfield has won five-straight wins, all by at least 24 points. Additionally, that streak consists of three 50-burgers, including a 50-14 win over city rival Taconic last week.

The Lions eclipsed 20 points just twice on the year and will have to keep up with quarterback Patrick Rindfuss and his 26 total touchdowns on the year. Pittsfield’s quarterback churns out impressive numbers each week, but it was taken to another level against Taconic last Friday.

Lanes were created left and right as the senior rushed for a season-high 296 yards and four touchdowns on 22 carries. Rindfuss is nine yards from 1,000 on the year and the Generals are looking to enter the state tournament with a first-round home game.

The Wildcats have dropped each of the last two games but have to be feeling pretty confident after seeing the MIAA’s power rankings. Lee, at 4-3, is eighth in D-VIII, which would be good for a home game in the tournament if the season ended today.

We all know, however, it isn’t that simple. Last on the Wildcat scratching post is Intercounty South rival Belchertown. The Orioles are 2-5 and ranked No. 34 in D-V after losing each of the last three games.

Belchertown is averaging just four points a week in that time and Lee has the opportunity to end the game quickly with a hot start on the defense. Last week’s loss to Hoosac was only the second time the Wildcats had allowed more than 20 points in a game.

Quarterback Hayden Siok has thrown four touchdown passes over the last two weeks — the same total for the signal-caller in the previous five games. Elliot Winston has notched double-digit carries in three of the last four weeks and the team continues to get Tyler Bartini involved with 39 total touches over the last three weeks.

Tonight’s trip in Belchertown is Lee’s chance to plant a foot into the dirt and right the ship before the room for error dwindles next week.

Berkshire County’s lone battle features two teams coming off double-digit wins that are in need of help to qualify for the state tournament.

Drury football gets back in win column, 26-6 at Smith Vocational

Drury bounced back from a 34-30 loss at Pathfinder with a 26-6 performance against Smith Vocational. The Spartans will be tasked with doing something that no other team has accomplished — stopping tailback Louis Guilotte. The Drury junior has 984 yards and seven rushing touchdowns. Last week marked the fourth time he rushed for more than 150 yards on the year.

Monument played Pathfinder a week ago and it was a breakout game for Nick Henderson. The running back notched a season high with 181 yards and found the end zone four times in a 32-14 win. The Spartans are riding a three-game winning steak and outscored opponents 60-14.

It’s an uphill battle for each of these teams to make their respective top 16, but the first step begins with an impressive showing against a county rival.

We haven’t seen the Hornets since an Oct. 9 loss to Pathfinder and the regular season will come to a close for McCann Tech at home on Saturday.