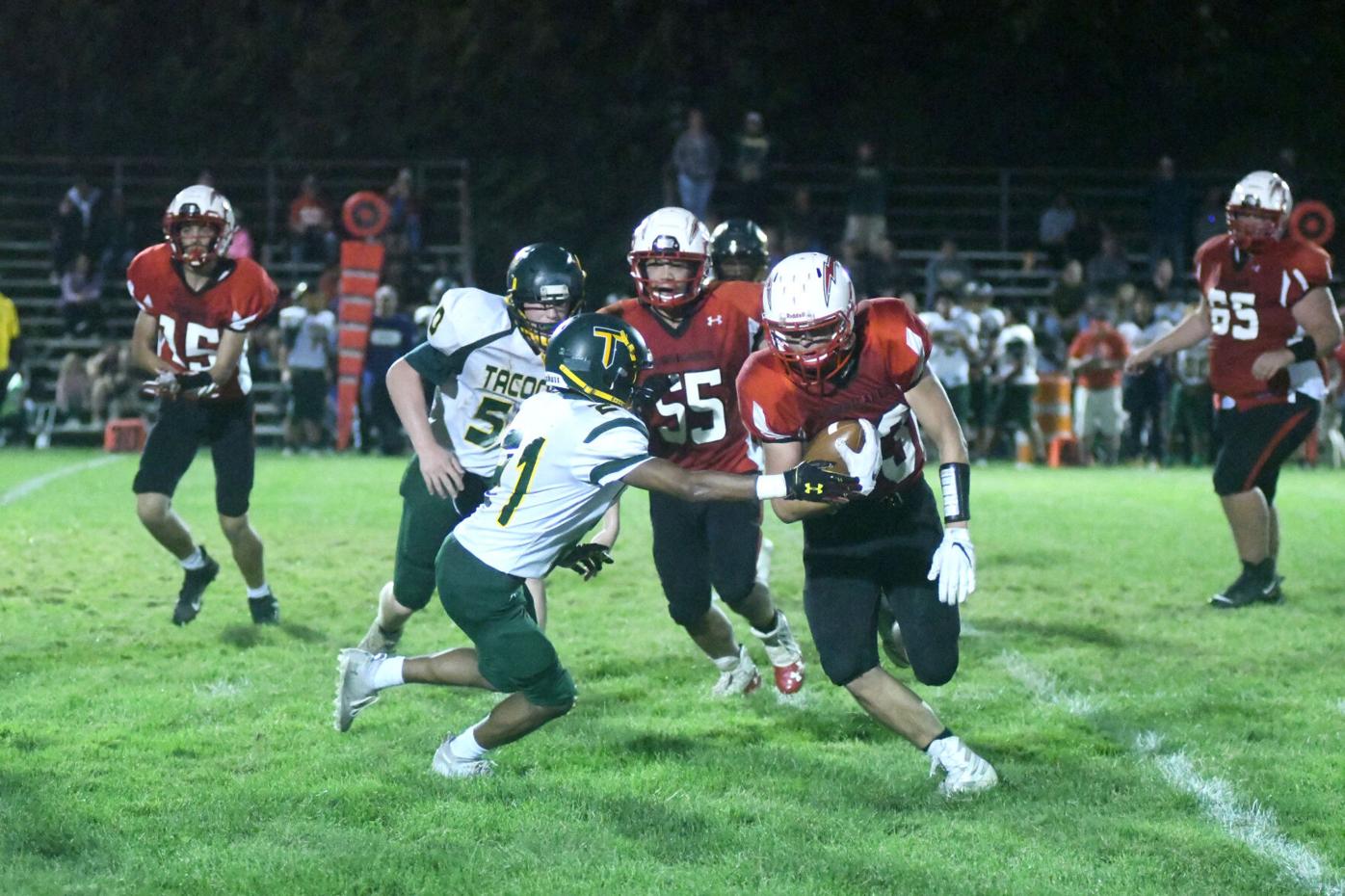 Hoosac Valley's Aaron Bush runs the ball during a game against Taconic at Renfrew Field in Adams on Friday night. 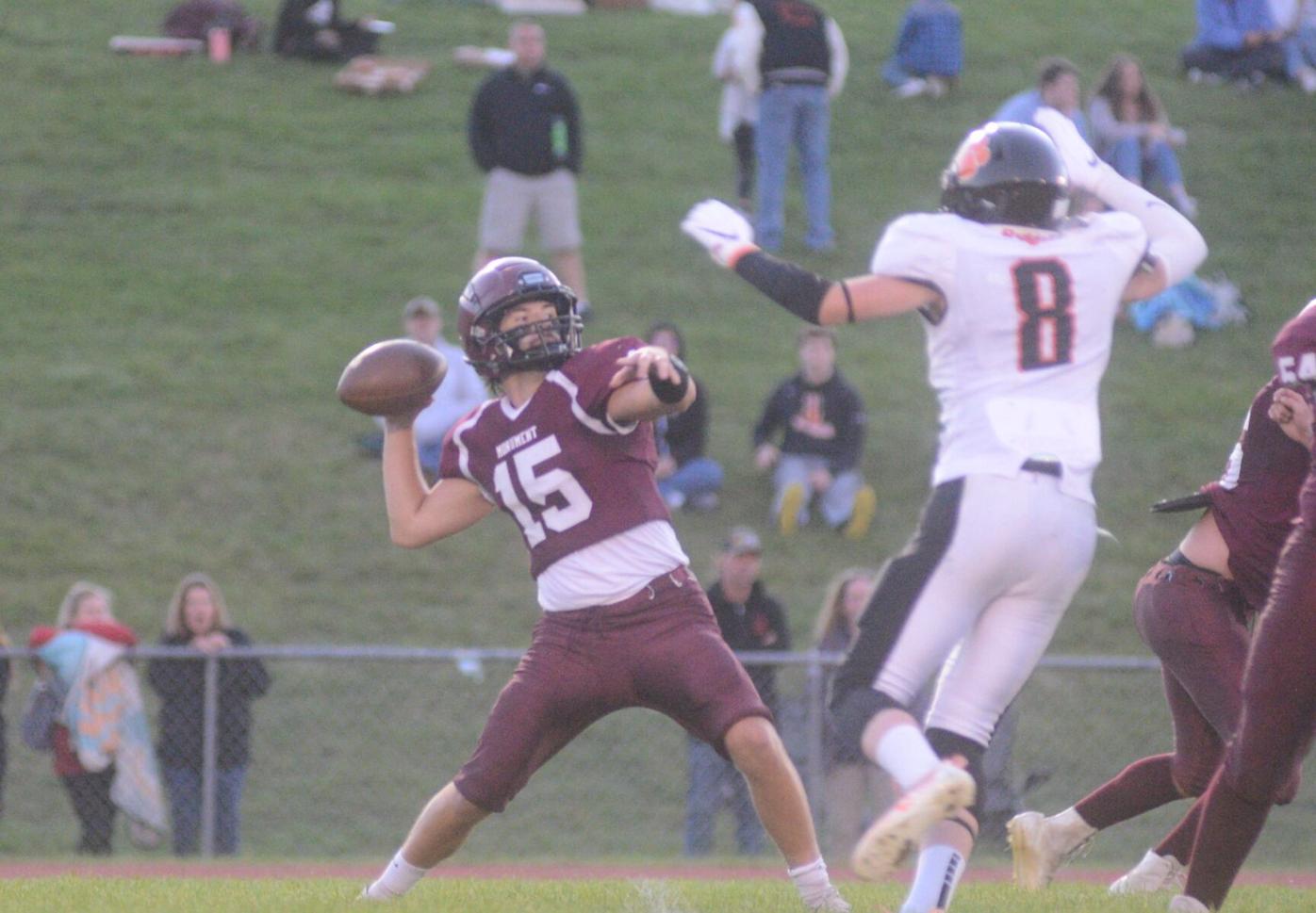 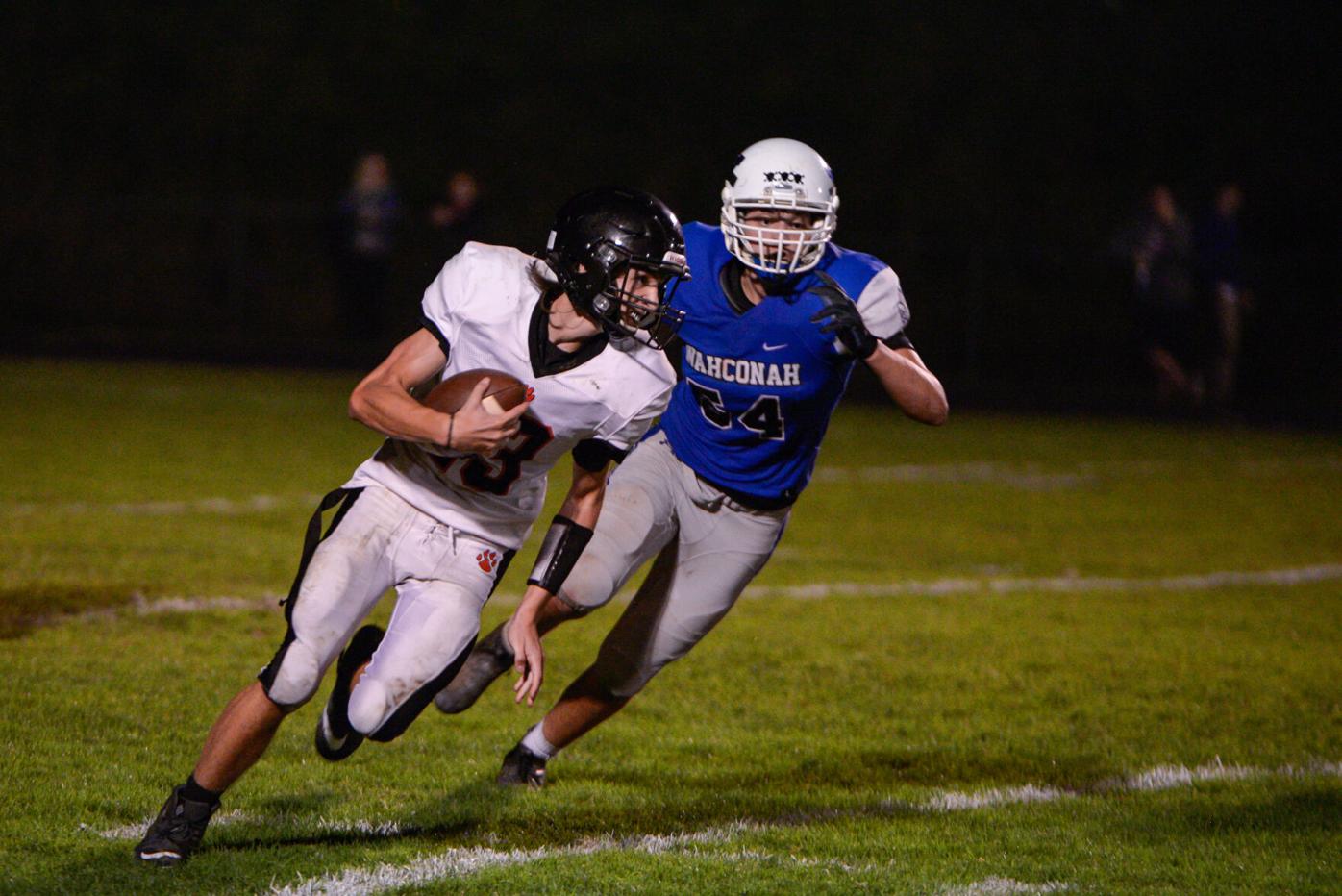 The Wildcats will play at home for the first time this week under the lights in Lee. Meanwhile, Wahconah will try to remain undefeated with a game against Taconic at Berkshire Community College.

Hoosac Valley's Aaron Bush runs the ball during a game against Taconic at Renfrew Field in Adams on Friday night.

The Wildcats will play at home for the first time this week under the lights in Lee. Meanwhile, Wahconah will try to remain undefeated with a game against Taconic at Berkshire Community College.

If the high school football season was a dollar we would be well on our way to a refreshing can of Arizona Iced Tea.

Week 3 of the season features a last-second schedule change. Pittsfield Public Schools announced on Thursday that COVID-19 circumstances have resulted in a suspension of Pittsfield High football program activities over the past week.

“The trend associated with COVID-19 cases in the community over the last seven days results in the inability to be able to clear football program members to participate in practices or games at this time”, Pittsfield Public Schools Athletic Director Jim Abel said in a release. “Unfortunately, Pittsfield High School will not be able to field Varsity or Junior Varsity football teams this weekend due to COVID-19 circumstances and the associated quarantining of close contacts.

“The decision is disappointing, but it is being made out of an abundance of caution. The health and safety of PHS’s student-athletes, as well as that of the student-athletes representing our opponent, Westfield, is paramount in the decision-making process.”

The game will be recorded as a No Contest on the MIAA schedule, according to the release. The Wahconah and Taconic game is still slated to begin at 7:30 p.m. at Berkshire Community College and will include a presentation honoring Kevin Harrington, a long-time Taconic High School teacher and coach.

If I’ve said it once, I’ve said it a million times — for full game stories from the weekend delivered right to your inbox, subscribe to The Huddle newsletter at BerkshireEagle.com/newsletter.

Lee’s first two games have been a bit of a mixed bag, winning 24-0 against Monument before falling 34-0 at Wahconah. The Wildcats, though, have made it through two local challenges and are rewarded with the season’s first home game. Lee welcomes the Hornets to town and one thing is clear — both of these teams will run the ball.

At four-plus yards per carry, Freeman’s consistency is the foundation of an offensive attack that will likely evolve throughout the season. Attempting roughly 10 passes a game, quarterback Hayden Siok has an arsenal of capable receiving options in Dylan Ely, who scored a touchdown in Week 1, and Shaun Kinney, two receptions for 25 yards in Week 2.

While Lee’s offense will twist and turn as the team grows, signals from North Adams point to the fact that McCann Tech will pound the rock.

Seneca Bolte has 151 yards on 19 attempts for the Hornets. Additionally, the senior running back has scored three of the team’s five touchdowns through two games.

These defenses can hit hard and opposing offenses need to roll with the punches before miscues begin impacting other plays and drives.

A 32-0 loss at Easthampton is a tough pill to swallow for the Spartans, but one that will help the team grow in the long run. Quarterback Hunter DeGrenier got Nick Henderson (three receptions for 29 yards) and Jay Howard (three receptions for 24 yards) going last week as the team came up just short on a couple of red zone drives.

Easthampton quarterback Shea Healy threw for 110 yards and three touchdowns while the Eagles' stable of backs rushed for for another 163 yards in a 32-0 win over Monument Mountain on Saturday.

The Spartans also saw freshman Shaun Franks put together his first game of varsity film last Saturday. The running back rushed for 40 yards on 11 carries. A change of pace could help the Spartans on both sides of the ball as linebacker Reece Mullen has carried much of the rushing attack in recent years.

The Bears were shut out by Drury in Week 1, but Week 2 featured a diverse attack that began with Dilan Fountain’s 150 yards on the ground and Caleb Cox’s two touchdowns through the air.

For Monument Mountain to put a mark on the scoreboard, and pick up a win, it’ll need to take a page out of water’s book — remain level no matter how tilted things may be.

Shaun Kastner Jr. and Aaron Bush combined for 229 rushing yards as the Hurricanes ran wild at Renfrew Field against Taconic on Friday night.

Quarterback Carson Meczywor has four rushing touchdowns and putting up points is never an issue for the Hurricanes. The difference against Taconic, though, was the defense and its ability to force turnovers. Bush intercepted a pass and senior Jake Mucci forced a fumble to keep Hoosac Valley doing what it does best — running the ball.

Chicopee, like Hoosac Valley, will hit Renfrew Field with a record of 1-1 through two games.

The Pacers fell to Greenfield 24-6 on opening day before beating Franklin County 14-0 in their home opener last weekend.

Chicopee’s calling card has been defense, but Hoosac Valley offers the Pacers a major test with its ability to score in bunches.

The only thing worse than a Week 2 bye is when it follows an impressive performance, specifically what the Blue Devils did to Athol on opening day.

ATHOL — It was going to take a power outage to stop Drury running back Louis Guillotte.

The Drury and Mount Greylock co-op used its firepower to blow past Athol 28-0 and in this scenario, firepower is another way to say Louis Guillotte.

Guillotte averaged 11-plus yards per carry and scored two touchdowns on 22 attempts. Additionally, JayShawn Moore went for 26 yards on five carries whenever Guillotte needed a breather.

The Blue Devils can get things done through the air as Anthony Pettengill found Trey Lepecier for a 10-yard pitch and catch for six points.

Drury was originally slated to play Mahar at home on Saturday, but that game has been moved and the Blue Devils will now play Friday under the lights at Franklin Tech.

The Blue Devils sprinted out of the gate and will look to carry that momentum, despite a week-long intermission penciled in between.

The Warriors are Berkshire County’s best team through two weeks. Wahconah is undefeated at 2-0, coming off wins over Pittsfield and Lee, both in Dalton. Friday is Wahconah’s first road test, but also the third-straight game against a local opponent.

Wahconah Football erupts in second half to pull away from Lee, 34-0

Ryan Scott is having no issues moving the offense through the air with three touchdowns and 235 passing yards through two games. The Warriors like to diversify their assets in the passing game as four different receivers (Like DiCicco, Owen Salvatore, Drew Wendling and Ben Noyes) have at least three receptions.

Big plays out of the backfield are what really set the table for the Warrior offense.

Jonah Smith scored four touchdowns and has 346 rushing yards through two games. He is coming off the best game of his career, scoring three touchdowns and rushing for 263 yards on 18 attempts last weekend.

Taconic will make its first appearance at home after last week’s loss at Hoosac Valley. The Green and Gold are still trying to figure things out, but the one thing that Taconic does have is big-play potential. Dez Merced went 55 yards on a kick-return for six points last week and Sean Harrigan scored on a 64-yard reception in Week 1.