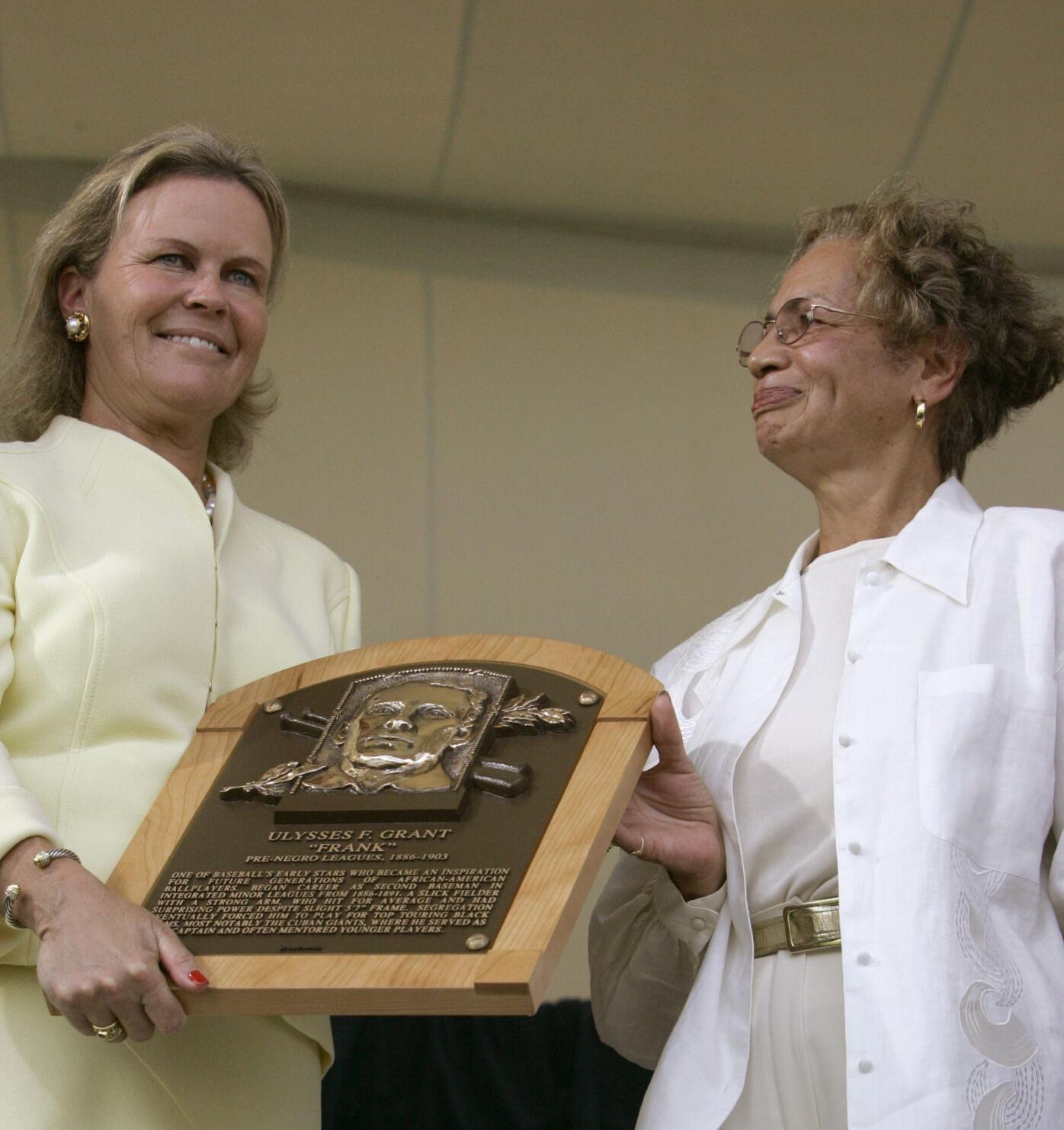 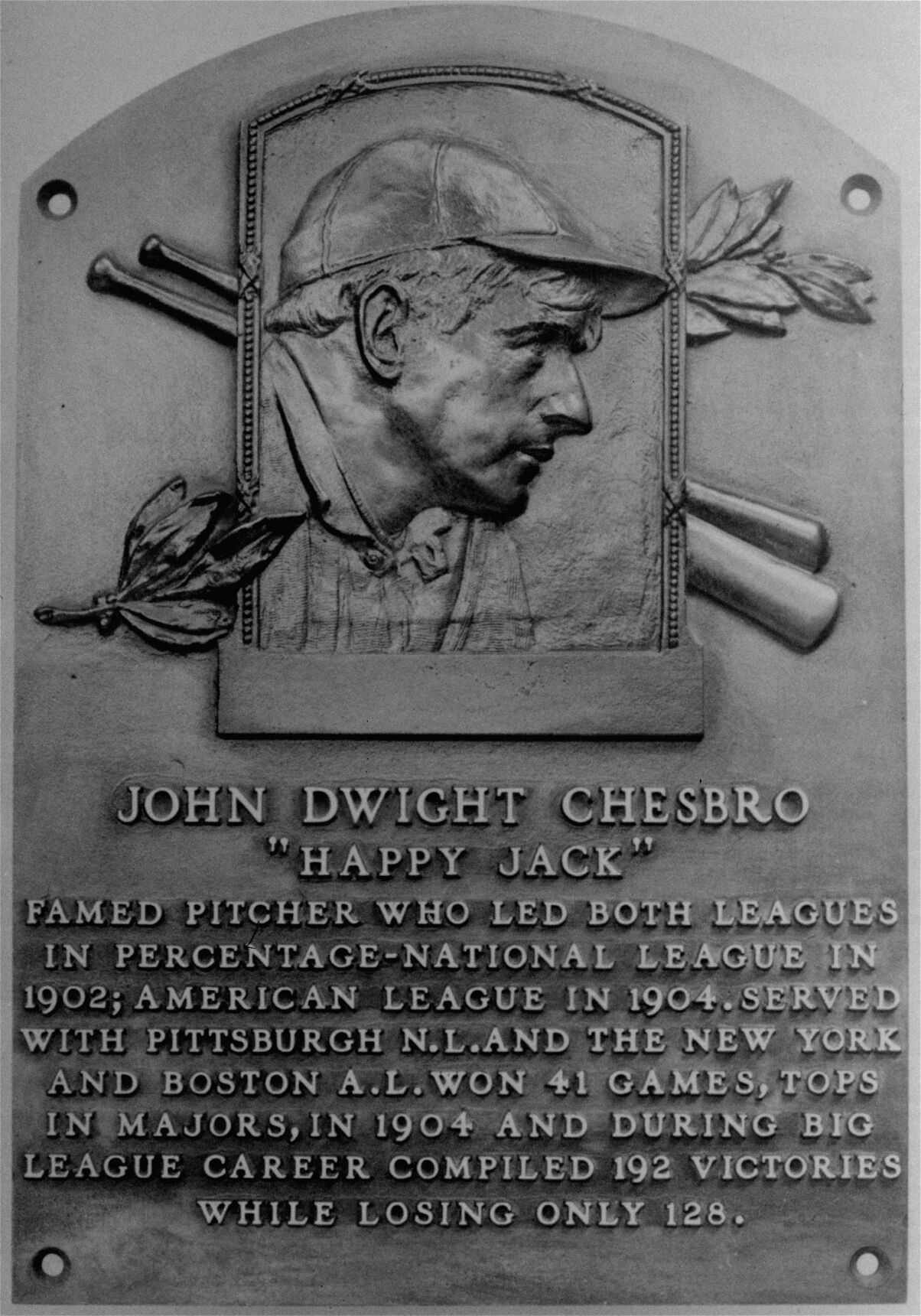 The Hall of Fame plaque of Jack Chesbro, pitcher for Pittsburgh of the National League and New York of the American, who in 1904 won a record 41 games. Chesbro was elected to the Hall in 1946.

The Hall of Fame plaque of Jack Chesbro, pitcher for Pittsburgh of the National League and New York of the American, who in 1904 won a record 41 games. Chesbro was elected to the Hall in 1946.

Jack Chesbro and Frank Grant are in the Baseball Hall of Fame in Cooperstown, N.Y. This year, the pair will be part of another Hall.

Chesbro and Grant atop a six-player and two-team group that will be inducted into the Western Massachusetts Baseball Hall of Fame.

It marks the third time since the Hall of Fame was established in 2014 that multiple Berkshire County baseball figures have been inducted. In 2018, former Red Sox manager Dan Duquette of Dalton and Pittsfield native Archie Allen were inducted. Allen won more 454 games as the baseball coach at Springfield College. The next year, the late Mark Belanger of Pittsfield was inducted,along with the 2019 Pittsfield Americans Little League team that made it to the championship game of the New England Regional tournament that summer.

The NECBL’s Valley Blue Sox will host a virtual Hall of Fame ceremony on Thursday, March 25. The ceremony will be available for free viewing on the team’s Facebook page and at www.valleybluesox.com.

In six of the eight years of Hall of Fame inductions, there were no Berkshire County inductees in only two years, 2104 and 2016. The late Carl Beane, long time Red Sox public address announcer who was inducted in 2016, did have a connection to Pittsfield. He had been the night announcer on Pittsfield station WBRK before moving to WARE in Ware, where he stayed.

Grant, who was born in Pittsfield and later lived in Williamstown, was inducted into the Baseball Hall of Fame in 2006. The second baseman went in as a member of the Cuban Giants.

He played for Buffalo in the International League where he stepped into the lineup in 1886 and hit .344. The next year, he hit .353, hitting for the cycle in one game and stole home twice.

Grant later played for the Cuban Giants from 1989 through the 1903 season.

From Grant’s biography on the Baseball Hall of Fame site: “In those days, Frank Grant was the baseball marvel,” Hall of Famer Sol White, a former player, manager and writer during the early years of black baseball, wrote. “His playing was a revelation to his fellow teammates, as well as the spectators. In hitting he ranked with the best and his fielding bordered on the impossible.

“Grant was a born ballplayer.”

Chesbro was born in North Adams, and was inducted into Cooperstown back in 1946.

His history on the Baseball-Reference.com site has one glaring stat, one that will never, ever be equaled. Pitching for the New York Highlanders — the precursors to the Yankees — in 1904, the right-handed pitcher went 41-12. That’s correct, he won 41 games.

Chesbro started his career with Pittsburgh back in 1899 and spent four years there. His best season was 1902, when he went 28-6 with a 2.17 earned-run average.

According to Chesbro’s biography from the Hall of Fame, he jumped to the Highlanders for the 1903 season.

Chesbro is quoted in his biography as saying: “Luck is just a matter of hustling. I’m lucky because I get out and hustle. Any man with any ability at all can be one of the lucky ones if he digs into the work.”

Miller, a Northampton native, played in the majors from 1952 until 1968 with St. Louis, Philadelphia, the New York/San Francisco Giants, Baltimore and Atlanta. He led the National League with a 2.47 ERA in the 1958 season.

Collins is a Springfield native, who spent six seasons in the big leagues. He came up through the New York Mets organization but was traded to Montreal in 1969 in a five-player deal. He and Steve Renko were the big pieces going to Canada, while Donn Clendenon came to New York.

Terry, born in Westfield, played for the Brooklyn Athletics, the Baltimore Orioles, the Pirates and the Chicago Cubs from 1884-1897.

Cyr, a Springfield native, was a long-time youth sports leader in the Pioneer Valley. Cyr Arena hockey rink in Forest Park is named for him.

Art Ditmar, a Pittsfield native who pitched for the New York Yankees, dies at 92

Art Ditmar, who grew up in Pittsfield and later pitched in two World Series for the New York Yankees has passed away. Ditmar was 92.