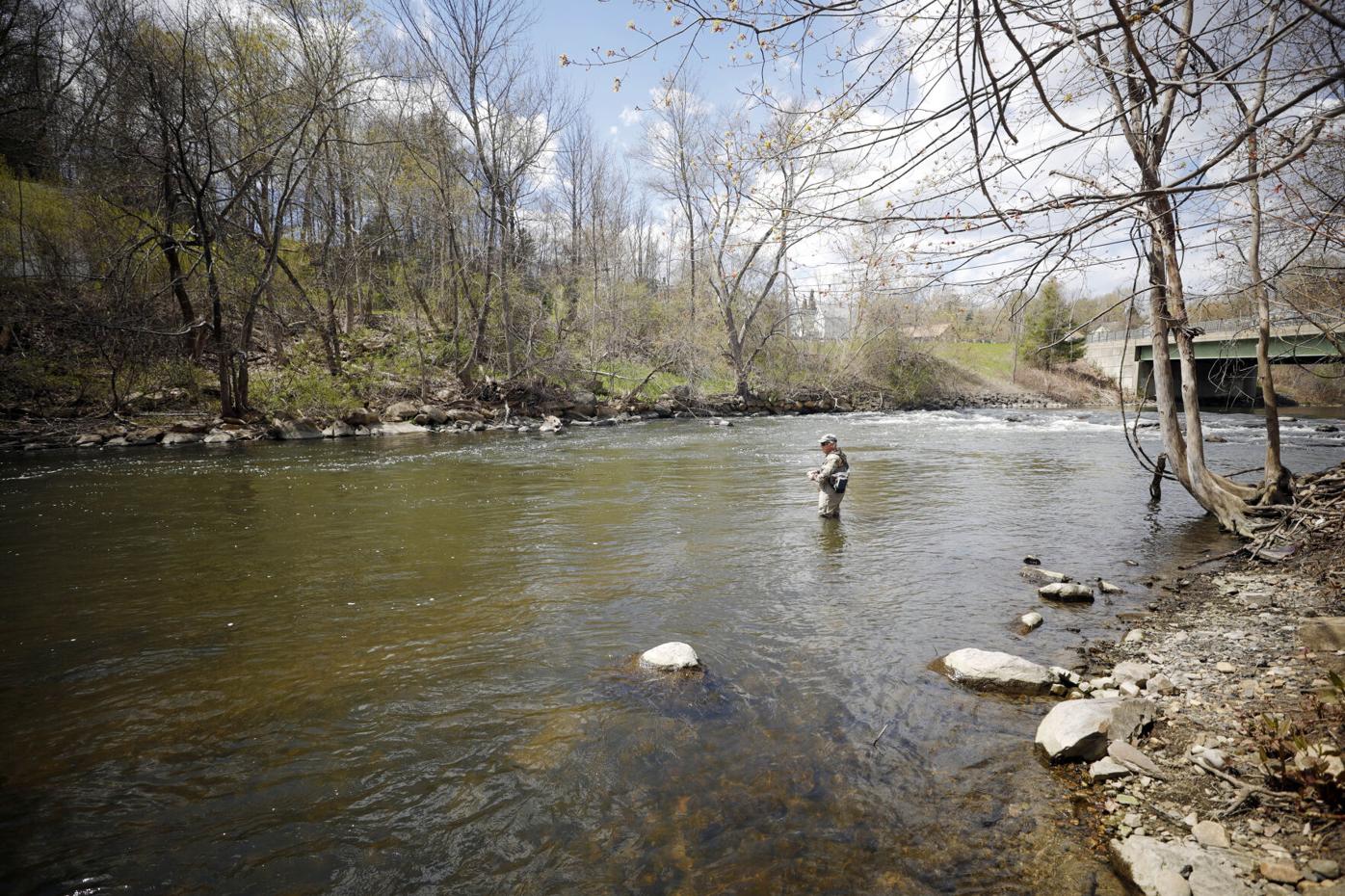 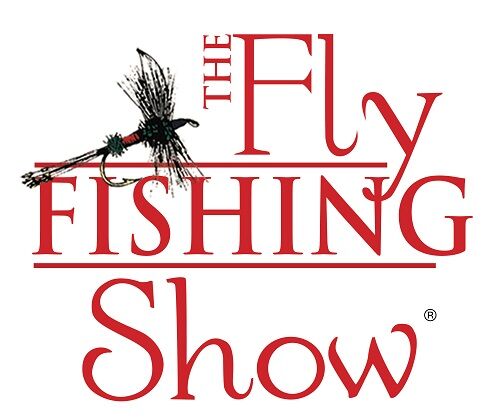 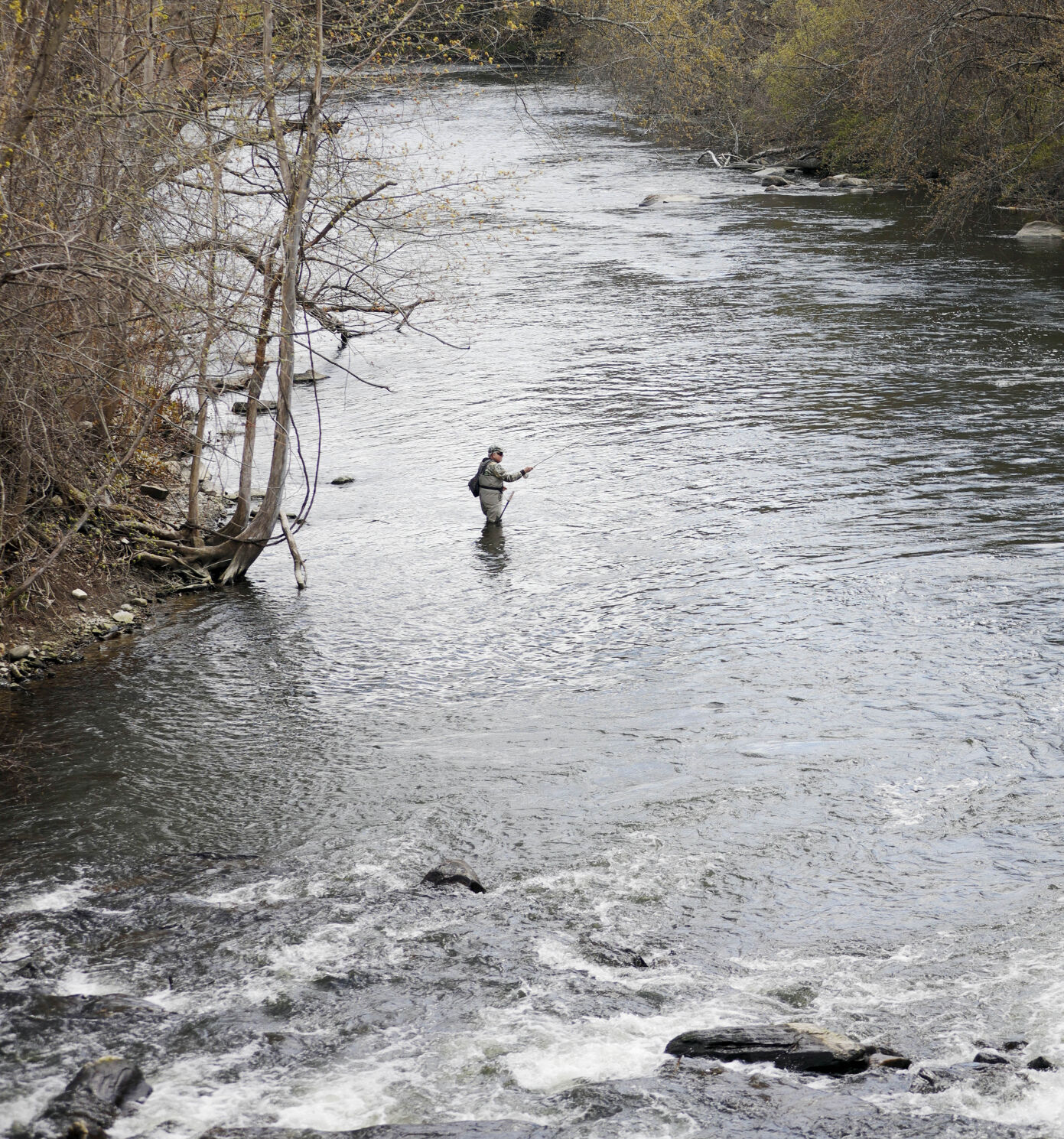 Just when things were starting to get back to normal, COVID-19 reared its ugly head and is on a rampage again.

Sporting clubs which were starting to get back to normal while abiding by mandated safety procedures are dealing with another setback. Not the least of which is the Berkshire County League of Sportsmen (BCLS). After its second consecutive monthly meeting which was held in November, it was announced by the Executive Committee that, until further notice, monthly meetings have been once again cancelled. That means that there is a strong possibility that the annual Silvio O. Conte Sportsmen’s Recognition Banquet and awards normally held in April may have to be postponed for a second consecutive year. Individuals who were scheduled to receive awards last April will not be forgotten and will be awarded as soon we are past this plague.

In the meantime, Wayne McLain, current president of the BCLS announced that if sportsmen have urgent business which must be brought to the attention of the League, they should contact any member of its Executive Committee. That committee can address the issues by live streaming with one another from their homes. You can e-mail the members of the committee as follows: Wayne McLain, president at wmclainhunt@gmail.com, Robert McCarthy, VP at REMcCarthyJr@gmail.com, Dan Kruszyna, treasurer at krusdan@aol.com and myself, secretary at Berkwoodsandwaters@roadrunner.com.

Also, in a news release Ben Furimsky, president and CEO of The Fly Fishing Show, recently wrote that (fly fishermen) are no doubt painfully aware of the ongoing medical battle with COVID-19 mixed with local and state show attendance regulations, including numbers of attendees allowed, has severely impacted the fly-fishing industry with dramatic changes for the 2021 Fly Fishing Show. After seemingly endless negotiations with show sites, hotels and government health agencies, the Fly Fishing Show was reluctantly forced to make changes to its 2021 schedule. As a result, the Marlborough, Mass. and Edison, N.J. Fly Fishing shows are postponed until year 2022. The shows in Lancaster, Pa. currently scheduled for March 6 and 7, Atlanta, Ga. scheduled for Feb. 5 and 6 and Pleasanton, Calif. scheduled for Feb. 19, 20 and 21 are still on. Announcement of any changes to the three final show sites and dates will be made when confirmed.

“Changes in the Fly Fishing Show schedule due to the coronavirus have impacted the lives and businesses of hundreds of exhibitors including guide services, international tackle manufacturers, specialized travel booking agencies, artists and retailers plus hundreds of personalities, seminar leaders, fly tiers and other experts with scheduled presentations at each show. The Fly Fishing Shows are some of the most anticipated gatherings annually because they are when our community can see what’s new, test products, make purchases, book travel, renew friendships and reignite the fire that drives us all to carry on the traditions of fly fishing. It’s the experience of being with other people that generates the excitement and motivation for the upcoming season and we look forward to this as soon as we can operate safely.”

“This pandemic has been a financial disaster for communities, show facilities and hotels that rely on the thousands of Fly Fishing Show visitors annually. We have worked extremely hard in an effort to not give up on those who depend on our events, so it is with a heavy heart that we are forced to make these changes,” said Furimsky. “Safety is our number one priority and with that in place, our goal will be a successful event. It will be more important than ever to come support your favorite vendors.”

What a shame. The annual Fly Fishing Show which is held in Marlborough each January is without a doubt the best one in New England. People flock to it each year from all over the Northeast and there is a healthy number of local anglers attending from the Berkshires, too. The show has fly-casting and tying demonstrations, manufacturer and retail store displays of the newest rods, reels, lines, boots, waders, clothing, flies and books during the three-day run. Anglers frequently book flyfishing trips to Labrador, Iceland and other exotic places. The show usually has about 10 seminars, demonstrations and Destination Theater presentations each hour including Labrador’s Monster Brookies, Fly Fishing Martha’s Vineyard, the Upper Connecticut River, and Fly-Fishing Western Maine. After returning home from those shows, many fly fishermen are hyped up and head straight for their fly-tying vices to make flies for the spring trout fishing season — right after they hide that new rod or reel purchase.

Sporting clubs that rely on their dinners, banquets, turkey shoots, field trials and other events are also hurting because of the pandemic. They rely on funds derived from them to pay their real estate taxes, utilities, postage, etc.

It is a real pain, but if everyone does their part by wearing masks, socially distancing, avoiding crowds, washing their hands, etc., we will get through it sooner. Hang in there, my friends.

Current/Recent MassWildlife ActivitiesGetting back to the BCLS, at the last meeting Andrew Madden, supervisor of the DFW Western District, gave the delegates some updates of their activities which included:

· The MA DFW Pheasant Stocking has been going well and they intend to stock pheasants up through Thanksgiving week. He noted that MassWildlife has a map of stocked areas available on its website. It contains information about stocking frequency and parking locations and can be accessed at www.mass.gov/info-details/find-a-pheasant-stocked-area

· The Paraplegic Deer hunt went well with 18 hunters participating across 4 sites. The weather was poor and the Coronavirus requirements were challenging, but the hunt went well. DFW thanks the volunteers and hunters for their cooperation.

· MassWildlife has been hosting a series of livestream events on Facebook. These cover topics from hunting tips to fishing to biology of the state’s resources. DFW encourages sportsmen and women as well as any member of the public to participate. Some require registration but all are available for viewing shortly after running.

· MassWildlife deer biologist David Stainbrook has moved on, so the division will be looking for a new biologist in that position.

· MassWildlife’s R3 plan, not reading, writing and ‘rithmetic, but rather Recruitment, Retention and Reactivation of outdoor sportsmen and women has been presented to the Fisheries and Wildlife Board. Members of the BCLS will get more information soon on this subject. This column will do extensive coverage of the R3 plan in the near future.

Trout Unlimited ElectionsThe Taconic Chapter of Trout Unlimited, the only Berkshire County chapter, with some 170 or so members, recently held elections for officer positions. The new slate of officers are: President: John Burns of Cummington, VP: Henry Sweren of Lanesborough, Secretary: Fran Marzotto of Pittsfield and Treasurer: Bill Travis of Pittsfield. The chapter is also affected by COVID-19 as it had to cancel its 2020 Christmas Party, an event which is always well-attended with great opportunities to acquire some incredible deals on fly fishing stuff.

A reputable rod makerReaders may recall a column which was written in September, wherein I wrote about a fishing trip to the Ausable River in and around Wilmington and Lake Placid, N.Y.

You may recall that my fishing buddy Paul Knauth of Hinsdale and I got skunked on that trip. We never caught a fish and in addition to that we simply had bad luck. In that trip, I wrote about Paul’s brand-new Hardy 10-foot flyrod which he had received as a retirement gift from Crane Paper. Although it is considered one of the best flyrods in the world, it broke while he was joining the sections together on our first morning of that trip. It was just another stroke of bad luck on that trip. Since then, some readers have inquired as to whether the Hardy Company of England made it good and replaced that rod. Yes, they did. Last week, Paul received the completely repaired rod and was never charged a cent. Good rod makers are like that — they stand behind their products.