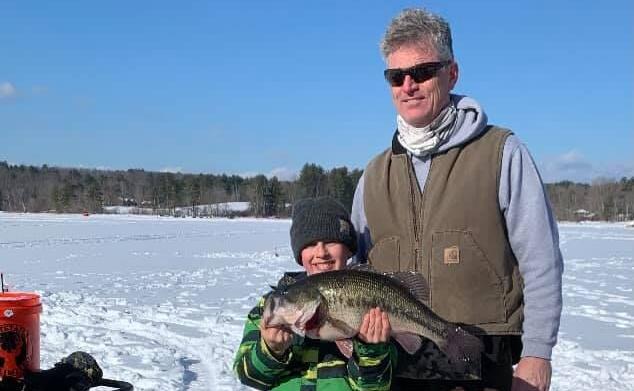 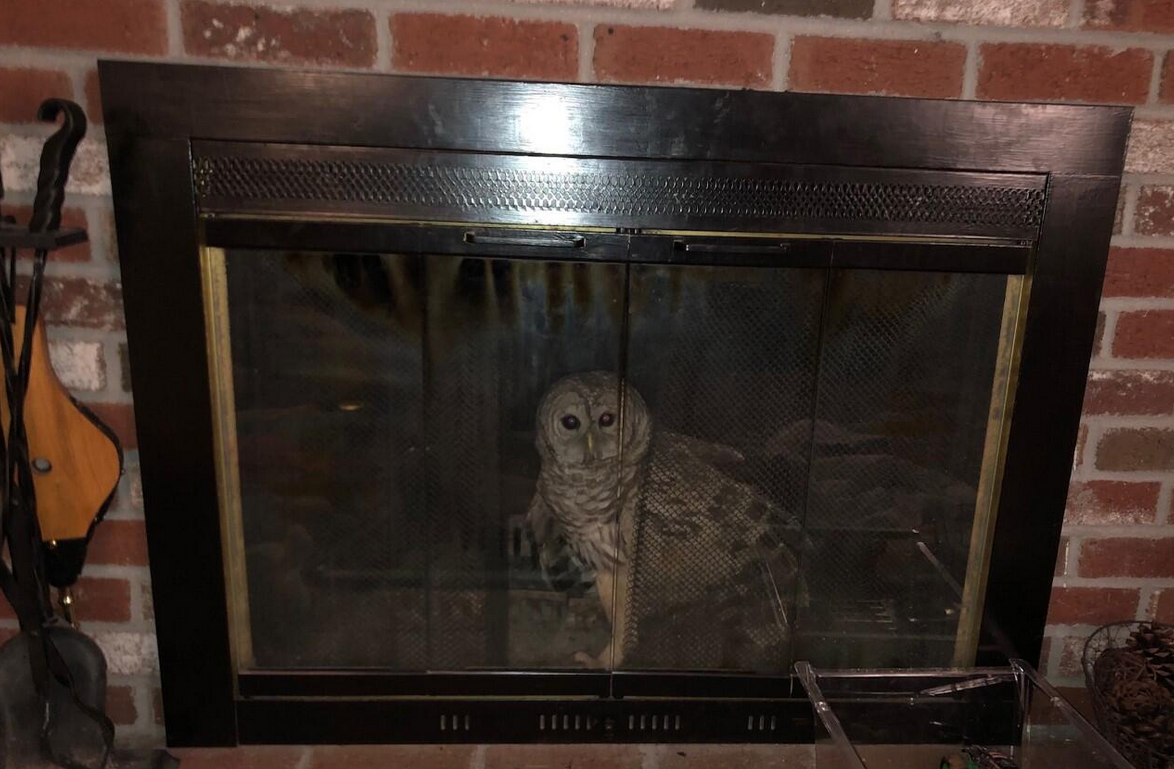 Earlier this month, MassWildlife responded to a call about a barred owl that found itself trapped inside a chimney.

The Berkshire County Whitetails Unlimited (WU) Ice Fishing Derby was held on Laurel Lake, Feb. 6. According to derby chairman Bill Bailey of Otis, 160 people attended on that sunny day. He considered it a huge success, reporting that 24 sizable fish in the 3-pound range were weighed in.

Bailey, who is a Massachusetts WU Area Field Director, reported that half of the net proceeds from the event were targeted to be spent in the Berkshires and the other half forwarded to the WU national organization. Over the last couple of years, WU has provided grants to the Berkshire County League of Sportsmen to help offset expenses incurred while conducting its youth outreach fishing derbies and other events. These derbies provide opportunities for kids who would otherwise not be afforded the opportunity to go fishing. Annually, selected youth groups are chosen and provided access to a small pond freshly stocked with brook trout, complete fishing outfits, bait, a lunch and fish cleaning service so that they can take the trout home to eat.

Never heard of Whitetails Unlimited? Well, it is a national nonprofit whitetail deer organization which was established in 1982. It is dedicated to the betterment of the whitetail deer, its habitat, and the future of hunting. It is a national nonprofit conservation organization raising funds in support of education, habitat enhancement and the preservation of the hunting tradition. Thanks to its 114,000-plus members, chapter volunteers and corporate sponsors, Whitetails Unlimited has earned the reputation of being the nation’s premier organization dedicating its resources to the betterment of the white-tailed deer and their environment. Since its beginning, it has spent over $109.9 million on projects including research, wildlife agency assistance, habitat enhancement/acquisition, scholarships, educational materials, hunter safety/education, anti-poaching measures and cooperative projects with other conservation organizations.

At its Feb. 17 Fish & Wildlife Board Meeting, board members gave the Mass. Division of Fisheries and Wildlife its approval to forward its proposed fee increases to Administration and Finance. If A&F approves them, the Division will hold a public hearing this spring on the proposed fee schedules. The Division will be recommending a wide array of fee increases. Assuming the fee increases are approved by all committees and boards, the they will take effect in 2022 and should cover expenses for another decade.

In next week’s column, I hope to cover the various types of license and fee increases proposed. In the meantime, the DFW will probably post its recommendations online. The public is encouraged to read and comment on these recommendations. There have been listening sessions conducted during the past month and, not surprisingly, few attendees stated they were against any fee increase. After all, it has been 25 years since its last increase.

One easy way to help endangered animals and plants in the state is by donating on your state tax return. Simply fill in the amount you would like to donate on Line 33A for Endangered Wildlife Conservation. Your donation will go to the Natural Heritage and Endangered Species Fund, a fund dedicated specifically to the conservation of rare species. This Fund supports MassWildlife’s NHESP responsible for the hundreds of species that are listed as endangered, threatened, or of special concern in Massachusetts.

Despite its status as the nation’s symbol, bald eagles were targeted and killed for the better part of a century. This intentional killing, coupled with habitat loss and pollutants like DDT, caused breeding bald eagles to disappear from Massachusetts in the early 1900s. Beginning in 1982, MassWildlife and its partners began to relocate young eagles from Michigan and Canada to an area overlooking the Quabbin Reservoir in efforts to reestablish breeding pairs in the state. These relocated eagles were raised by a wildlife management practice known as hacking, in which young birds of prey are raised in an outdoor cage with no direct human contact and later released into the wild. The eaglets came to view the area around the Quabbin as their home turf and when they matured, some of the hacked eagles established breeding territories at the reservoir. In 1989, eight decades after the last historic bald eagle nest was observed in Massachusetts (on Snake Pond in Sandwich), three chicks fledged from two Quabbin nests. Fast forward to now, when over 70 territorial pairs of bald eagles were documented in Massachusetts last year.

The AMFF, next to the Orvis Company in Manchester, Vt., has partnered with the F3T to bring us the 2021 Fly Fishing Film Tour virtually this year. This is a great opportunity to sit back with family and friends and enjoy the Tour on our own time. This year’s F3T has an incredible lineup with everything from Arapaima in the Amazon basin, Bream and Tarpon in the same film, Smallies, Pike, Steelhead, and some of the best trout footage ever captured. Did you know Dr. Martin Luther King Jr. had a special relationship with long time bonefish guide Ansil Saunders and the island of Bimini? All of these stories and more are part of the 2021 F3T streaming virtually March 10 — April 4 and tickets are on sale now.

As well as having access to the films, you will be supporting The American Museum of Fly Fishing. As part of its partnership this year, $2 of every ticket sold through the link will be given back to AMFF. So, if you have friends or family that may be interested, please share the link so we can work together to strengthen our fishing community. Remember the more tickets sold through the link the more money they raise.

Hey! Get me out of here!

In early February, MassWildlife received a call from a Bolton homeowner with an interesting predicament. A barred owl had found its way into the chimney and was sitting in the fireplace. Fortunately, MassWildlife Central District Manager Todd Olanyk was able to assist, carefully removing the owl from the fireplace and examining it for injuries before releasing it outside, where it quickly flew off.

If you’re wondering why a barred owl would be attracted to a chimney, a look at their life history might give a clue. From February through May, barred owls across Massachusetts begin laying eggs. Barred owls do not build their own nests. They are cavity nesters, meaning they typically will select a hollow tree or use the nest of a hawk or squirrel to lay their eggs. This particular barred owl might have been looking for a cavity to nest when it found itself in a chimney with no easy escape. MassWildlife has also received reports of this occurring with other cavity-nesting birds like American kestrels and mergansers.

To help prevent wild animals like birds, bats, raccoons, or squirrels from entering your home, MassWildlife recommends placing a metal cap with a screen on your chimney. If you find injured wildlife, you can find a list of licensed wildlife rehabilitators on MassWildlife’s website. Many thanks to MassWildlife for the fun picture and useful information.