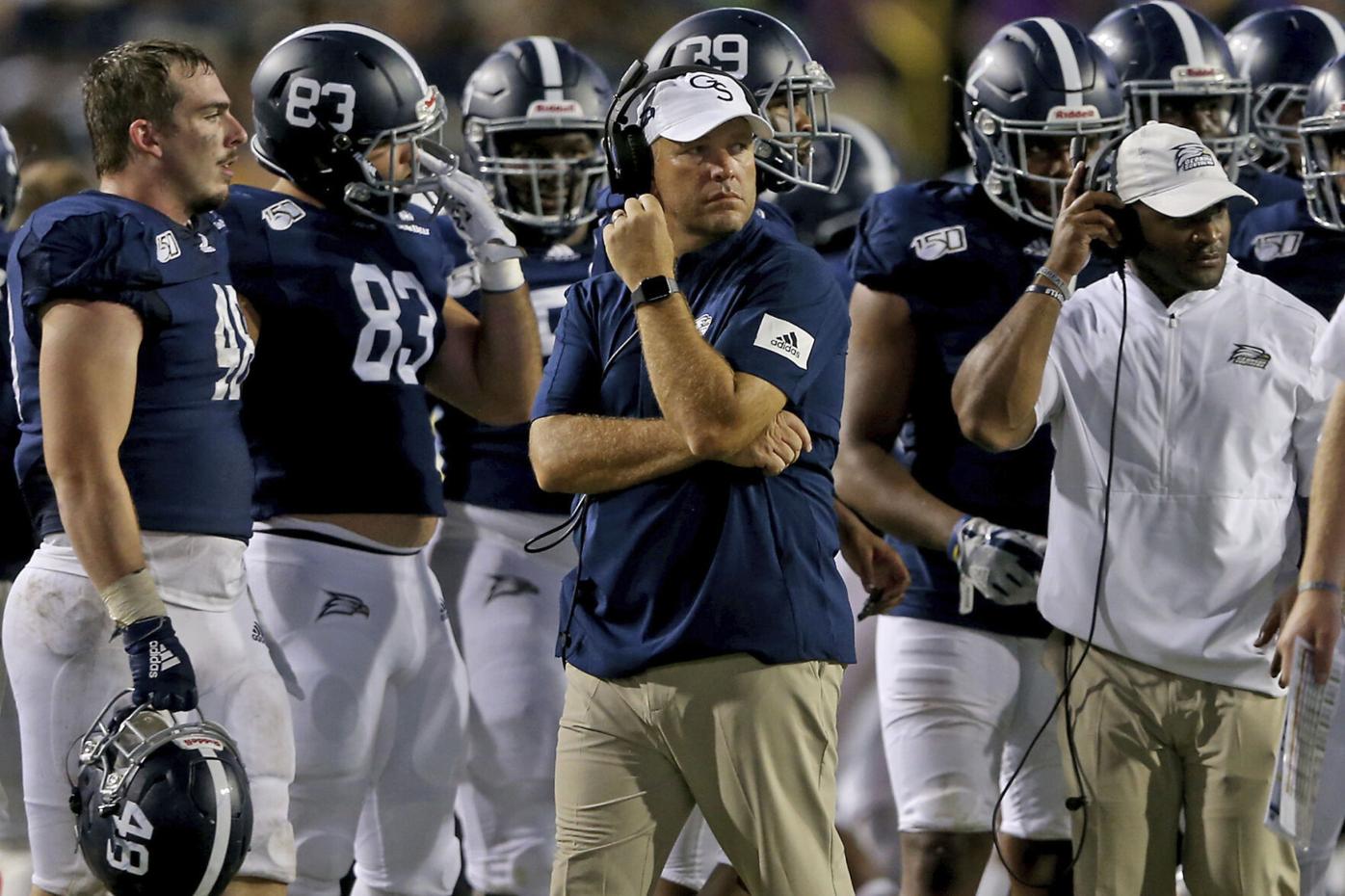 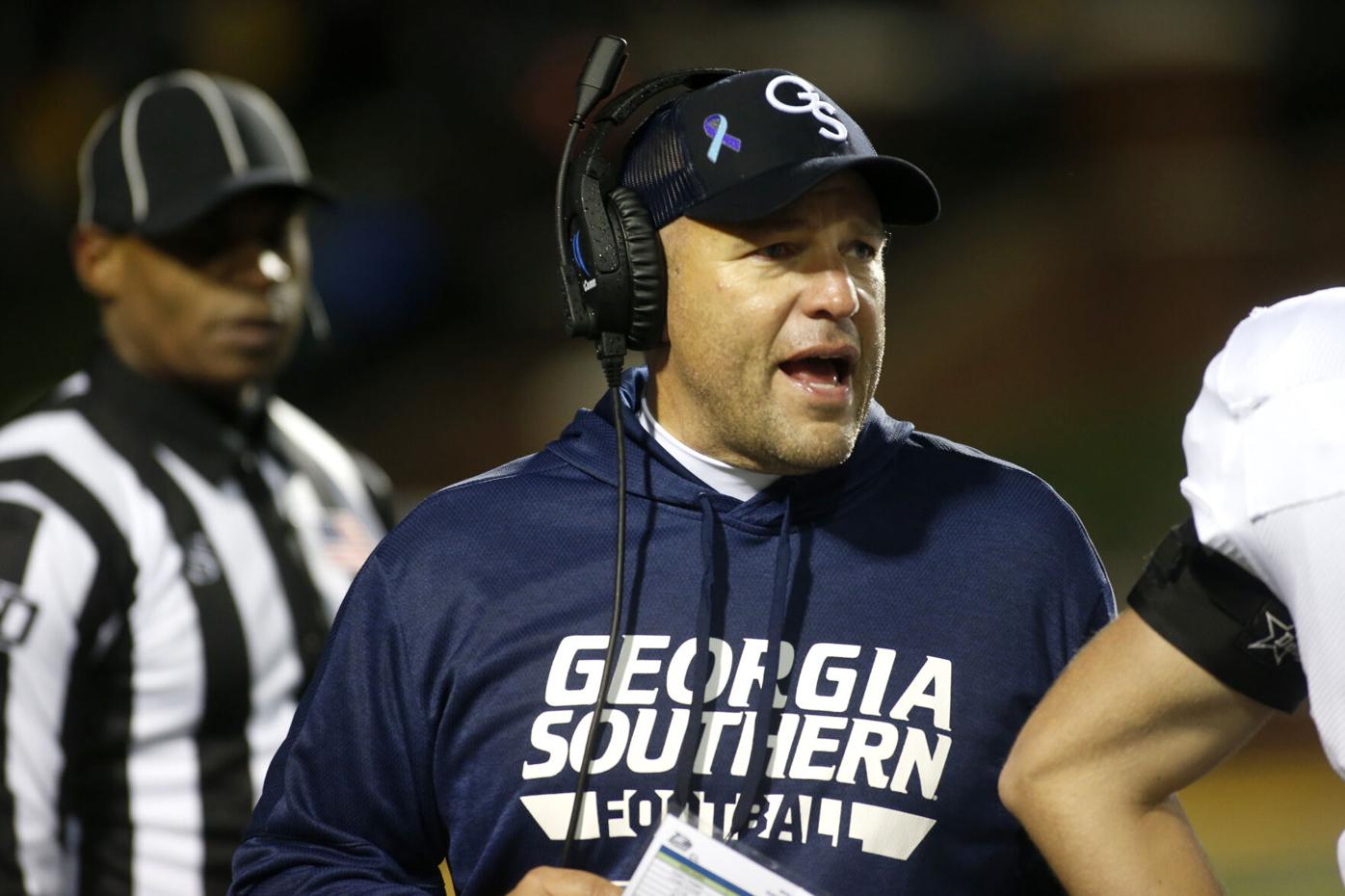 To say that the 2020 college football season has been unlike any other could be a massive understatement. Just ask Georgia Southern football coach Chad Lunsford.

Lunsford has had two games postponed, a game canceled, and a game against the University of Massachusetts added.

“We were going to have a Wednesday night game against App State, and that getting canceled,” Lunsford said. “Then going into what we would have considered a bye week and a possible three-week layoff between football games. And then, adding a football game the very next day against UMass.

“It’s been really different for us as far as how to proceed, how to go, but our guys have done a really good job of adapting to the changes.”

Georgia Southern (2-1) is UMass’ first football opponent of 2020. The game will be played on Saturday in Statesboro, Ga. Kickoff is set for 4 p.m., and the game will be broadcast on national television. It had been scheduled for ESPNU, but will now be on ESPN2.

UMass is replacing Appalachian State, because Georgia Southern’s game with its Sun Belt Conference rival was moved to Dec. 12 due to an outbreak of COVID-19 cases on the North Carolina school’s campus. Georgia Southern also moved its non-conference game against Florida Atlantic from September to Dec. 5, also due to the pandemic.

Georgia Southern also had a Power-5 game scheduled against Mississippi, but that was canceled when the SEC announced it would only play conference games. That decision also erased UMass’ game at Auburn.

The winner of Saturday’s game will take the lead in the all-time series, which is tied 2-2. UMass beat Georgia Southern 55-43 in the 1998 NCAA Division 1-AA (now Division 1-FCS) championship game in Chattanooga, Tenn. The next year, the Eagles upended the Minutemen 38-21, in the 1-AA quarterfinals. The Eagles were led by running back Adrian Peterson in that game.

The two teams have played twice since they both made the move to the Football Bowl Subdivision. The two teams went 1-1 in former coach Mark Whipple’s final two seasons at the helm in Amherst.

During the Sun Belt Conference coaches teleconference on Monday, Lunsford was asked about the UMass game coming together so quickly.

“To be honest with you, [Georgia Southern athletic director Jared Benko] immediately called me and said it was an option. He really wanted my input on what I thought. We were able to talk through it. I felt like it was probably best for us to play a game. I don’t know how waiting three weeks between games could have been a positive for us.

If the UMass game had not been scheduled, Georgia Southern would have played Louisiana-Monroe on Oct. 3, and then wouldn’t play again until getting Coastal Carolina on Oct. 24.

“The only thing is, it’s different. It’s like playing a first game again,” Lunsford said. “You’re going off a lot of film from last year. Obviously, UMass has not played this year, so you have a lot of personnel questions and is any type of philosophy going to change with their team. We’re having to base a lot off of what they did last year. We’re having to base a lot off of where they’ve been in the past as far as their coaching staff goes. Taking a best guess at what their depth chart looks like.”

Lunsford said that, while it might not be standard operating procedure, he has spoken a few times with Bell in the days leading up to Saturdays’ game.

“Coach Bell has been really awesome,” Lunsford said. “We’ve actually talked on the phone a couple of times since everything went down, which is kind of different than what would normally happen. He’s been really awesome and we’ve kind of talked about where they are as a program, where we are as a program, trying to get a good feel so we can put a good product out on the field for both teams this coming Saturday.”

The Eagles enter Saturday’s game having beaten Division 1-FCS Campbell 27-26, lost to then No. 19 Louisiana 20-18 and beaten Louisiana-Monroe 35-30. All three games came down to the final play or plays. Louisiana evaded overtime when Nate Snyder kicked a 53-yard field goal on the final play of the fourth quarter to beat the Eagles.

Georgia Southern is led by redshirt senior quarterback Shai Werts. Werts, who started his college career at Auburn, is part of a one-two running punch with running back J.D. King.

The Eagles have run a triple-option attack, and they are No. 1 in the Sun Belt, averaging 272 yards per game. King has 370 net yards in three games, while Werts has 221 net yards. King, who has lost exactly one yard on the ground this season, is averaging 5.9 yards per carry. Werts, meanwhile is averaging 7.1 yards per carry. This offense will provide a huge challenge to the somewhat inexperienced UMass defensive unit.

Experience could be a key word for Lunsford and the Eagles. Eight members of the starting offensive unit are either juniors, redshirt juniors, seniors or redshirt seniors. The numbers are similar on defense with eight players slotting into those four grade groups.