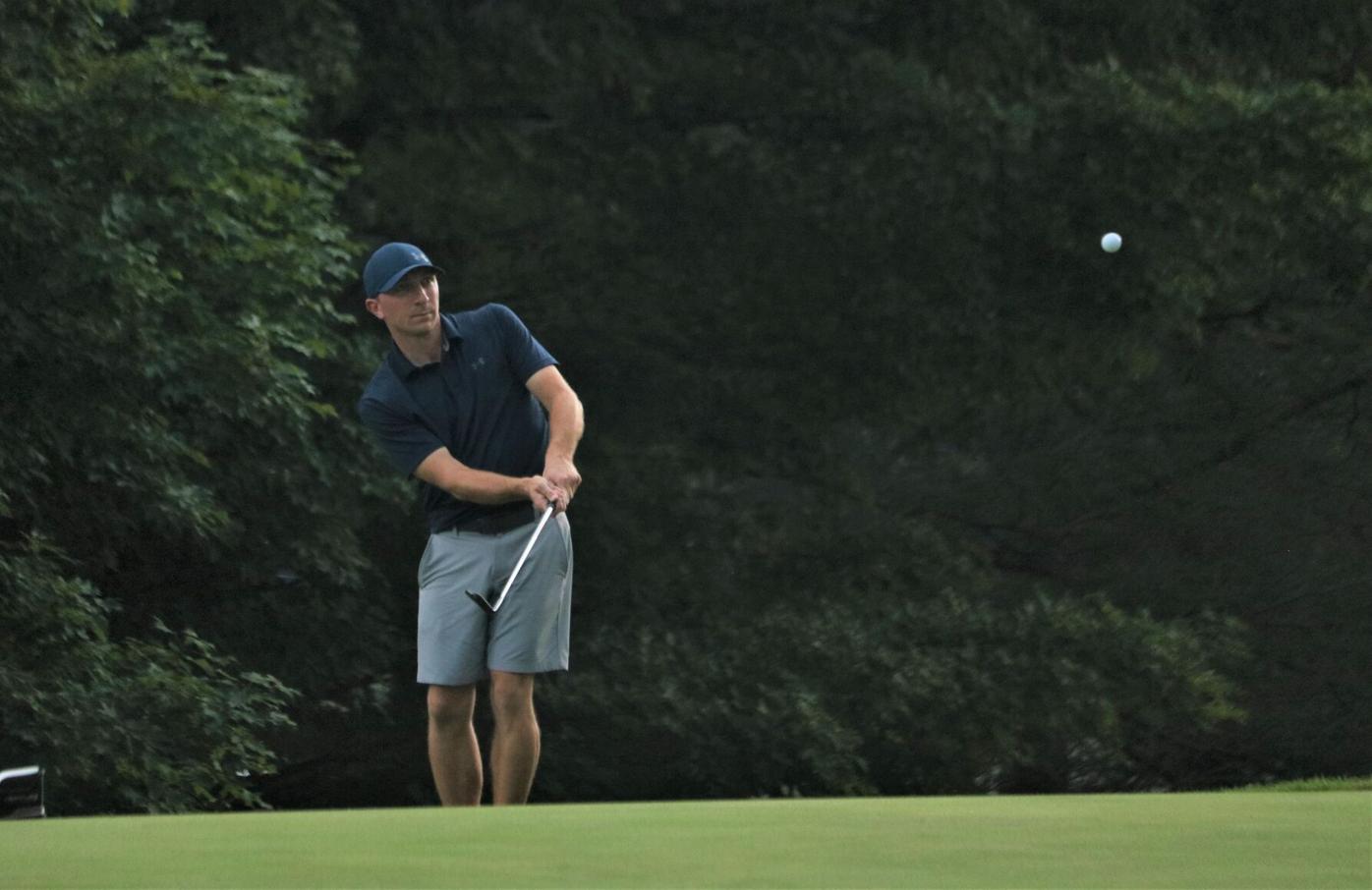 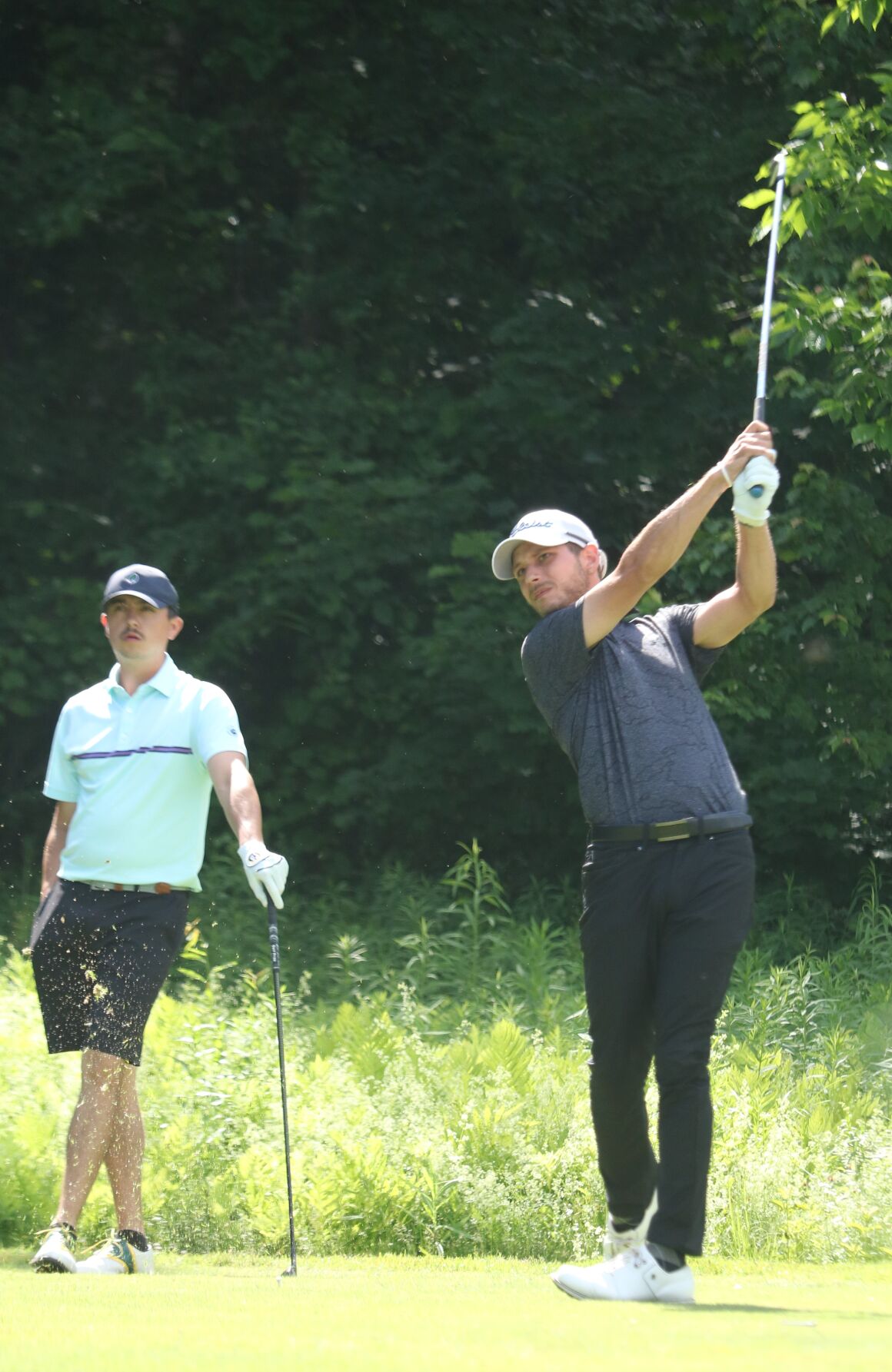 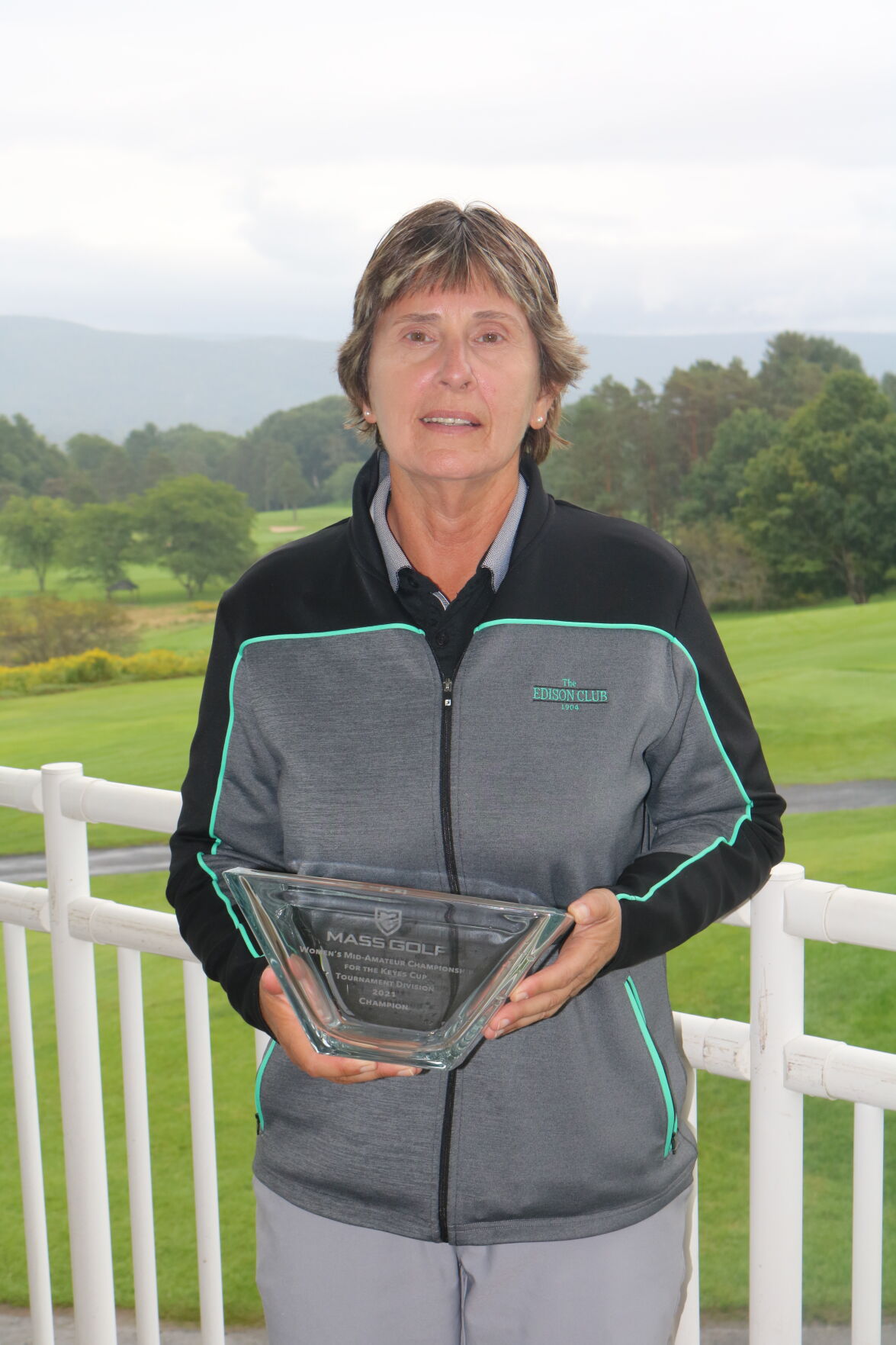 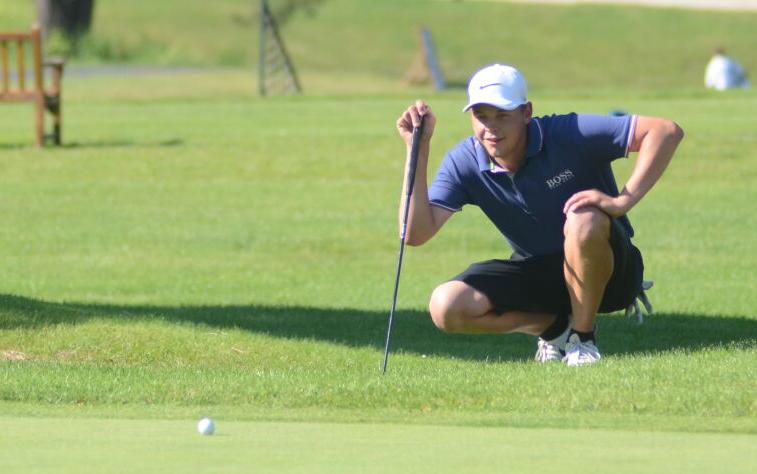 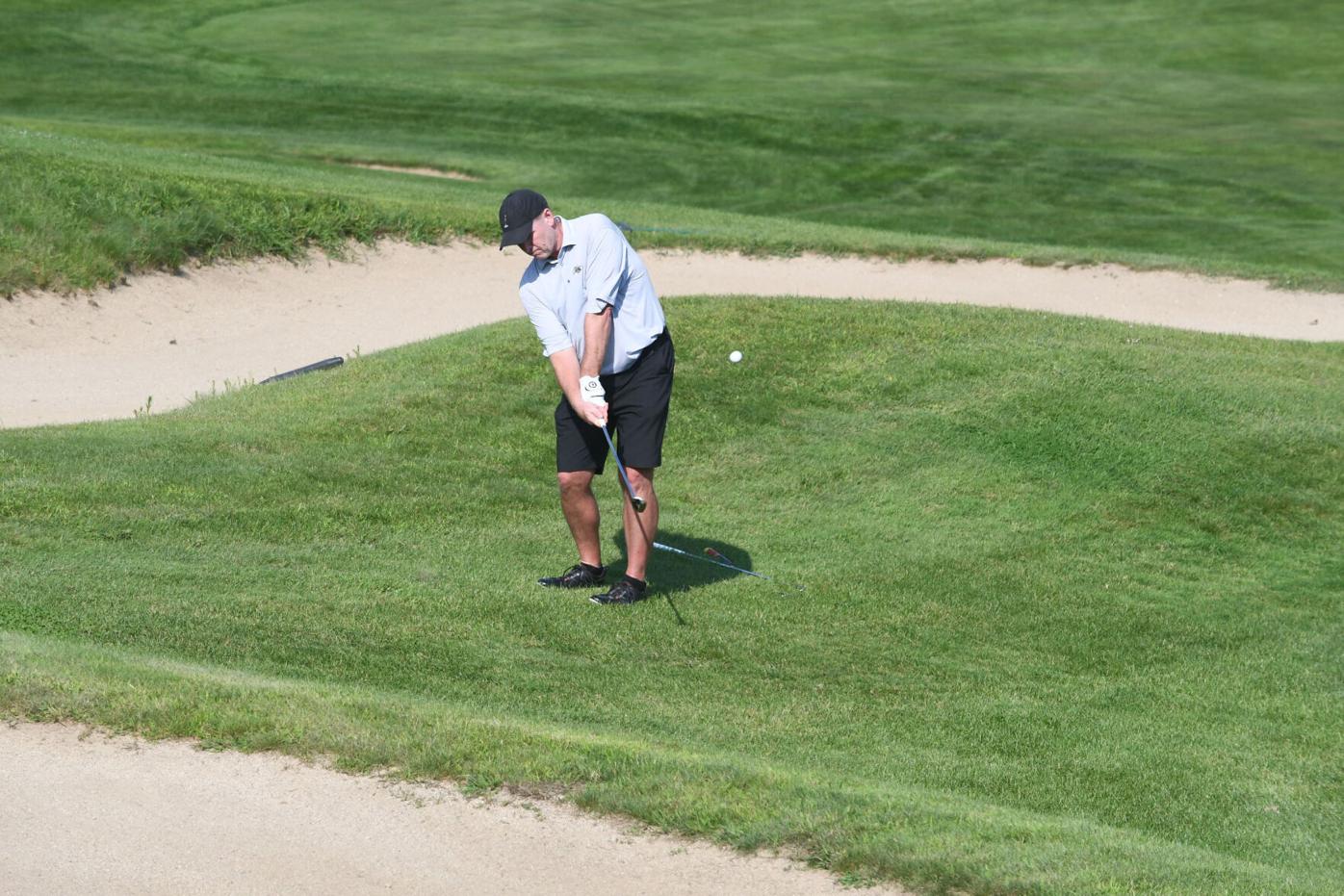 When late August and September arrive in the Berkshires, it means club championship time at the county’s golf courses, so let’s take a look at who took home the hardware and earned offseason bragging rights this time around.

It’s been a great summer for Matt Gilardi, and the 30-year-old put an exclamation point on it by firing a final-round, 4-under par 67 to pull away from 16-time club champion Matt Scarafoni and win his first men’s championship at the South Street club.

In a tournament that was shortened to 36 holes after rain washed out the first day, Gilardi opened with a 1-over 72 to take a one-shot lead over Scarafoni into the final round. Gilardi proved up the challenge, firing an impressive 4-under par 31 on the front nine to pull away from the club legend, who shot an opening 36 to fall into a hole he couldn’t climb out of.

Scarafoni finished with a 72 to end up six shots back at 3-over 145. Adam Brickle recovered from an opening 77 with a 3-under 69 to finish third, one shot behind Scarafoni.

Gilardi said that while he was well aware of who he was up against, he wasn’t thinking about that as he made his way around the par-71 layout.

“I wasn’t focused on Matt at all,” Gilardi said. “He’s a great player, but I was just focused on my game all day long.”

Gilardi made his statement immediately, draining a 20-foot putt on No. 1 for a birdie, and went to 2-under when he nearly holed out on the par-3 fourth hole to take a five-shot lead. Back-to-back birdies on Nos. 8 and 9 added to his comfort level.

“I gave it a big fist pump, I was excited,” Gilardi said of the 15-footer he made on the par-3 ninth. “From that point on, I felt less pressure than I had expected that I would.”

Prior to his latest victory, Gilardi’s summer has included qualifying for the Massachusetts Amateur, capturing the Country Club of Pittsfield Men’s Invitational with Brickle, taking the Allied Father-Son Championship with his dad Paul and finishing as the runner-up to Chris Shields in the Allied Championship.

“I couldn’t ask for more,” Gilardi said. ‘I’ve been improving for a few years and now I am putting a little better. I would say putting has been the biggest factor in my improvement.”

Like their Pittsfield neighbors, The Hills has a strong roster of players, making winning the club championship a true challenge.

This time around, it was Aaron Nackoul’s turn. The 39-year-old shot a final-round of 1-under 71 to pull away from Steve Sykes for a four-shot victory with a 54-hole total of 4-over 220.

Nackoul, who like Gilardi has shared a tournament victory this summer with Brickle in winning the Pewter Cup, opened 76-73 on the par-72 A.W. Tillinghast layout to lead Sykes by a shot after two rounds.

Leading by two following an even-par 35 on his opening nine in the final round, Nackoul produced consecutive birdies on Nos. 11 and 12 to build his lead to four and wound up winning by that margin.

Nackoul wasn’t thrilled with his 4-over opening round but a look at the scoreboard showed him he wasn’t alone, that in fact he was tied for the lead with Sykes and Mike Kays.

‘I thought I was going to be in a bad spot,” Nackoul said in a phone interview. “I was surprised that 76 was still in it. It was like everybody was burned out from tournament golf on the same day.”

Nackoul is in his third year “really back” playing tournament golf after leaving the game for a few years.”

“I’m really happy I am able to compete at a high level again,” he said. “I wasn’t sure I would be able to win this soon, getting this victory really is icing on the cake.”

Meanwhile, in the women’s championship, Diane Breen, who recently captured Tournament Division of Mass. Women’s Mid-Amateur championship at The Hills, breezed to her 25th club championship with a 167 total on rounds of 84 and 83. Paige Lovellette finished second.

Davis Mullany used a sizzling opening nine in the second round of the 54-hole men’s club championship to take charge and then held off Ethan Casey in the final round to win his second club title in three years.

Mullany’s 5-under 31 on the front nine, which included four consecutive birdies (Nos. 3-6), led to a 4-under 66 that gave the 2011 U.S. Amateur qualifier a three-shot lead over Casey heading into the final round.

Despite a double bogey on the par-5 eighth hole, Mullany’s final-round 75 was good enough to win by two shots at 8-over 218.

In the women’s championship, Jen Race won her eighth title with rounds of 83 and 84. Sharon Connelly (85-83) made her earn it, finishing a shot behind.

Steve Owens carded a 4-over 75 in the final round to prevail by four shots over former Williams College golfer Jack Coyne, who closed with an 80 after trailing by just one shot entering the final round.

Owens started with rounds of 73 and 71 over the challenging par-71 course to finish at 6-over 219. Jason Morrisey finished a distant third at 233.

The junior division was won by Oliver Watson. He opened with an impressive 73 and finished with a 157 total, 13 shots clear of Owen Petropulos.

Geoff Tatro held off Chris Bourdon to take the men’s championship at the par-71 course in Williamstown by two shots with a 54-hole total of 243.

The women’s championship, meanwhile, went down to the wire, and then some, with Nancy Barry capturing the title in a one-hole playoff with Judi Willette.

Barry, who recently finished second in the Allied Women’s Championship, posted rounds of 85 and 82 while Willette had rounds of 84 and 83.

Matt Keenan and Martha Paolucci have been dominant players at the nine-hole par-35 Donald Ross gem for a long time and this year was no exception, with both earning their 13th club titles.

Keenan, who had a long title streak stopped by former Lee High and current RPI golfer Thomas Fraser last year, put together rounds of 74, 69 and 76 to finish at 9-over 219 to win by six shots over Travis Pignatelli.

Fraser, who played in his first collegiate event of the season a couple of weekends ago, did not play in this year’s Greenock championship or at Berkshire Hills where he was also the 2020 champion..

In the women’s President Cup, Paolucci produced a pair of 76s to pull away from runner-up Pam Sandler and third-place finisher Karen Williams for a six-shot victory.

The top three all opened with rounds of 76 but Sandler, with an 81 in the second round, and Williams, with an 85, couldn’t match Paolucci’s consistency.

Chad Alibozek, one of the county’s best players who also happens to be the club’s general manager, produced rounds of 73, 68 and 68 for a 16-shot victory as he won his fourth men’s club championship.

Powers led Fitzgibbons, who is currently attending Elms College, by four shots after an opening 80 but his young foe rallied with an 80 of his own in the second round while Powers shot an 84, leaving both golfers with 164 totals for 36 holes.

Paul Steele, a two-time men’s club champ, won the men’s senior title by one shot over Gary Manarchik by shooting a 74. That round also made him the super senior champion. In the 80-year-old-plus Super Duper Division, Dick Cassani shot an 84 in a field that included five other golfers over 80 years old.

As reported in The Eagle in August — the club was the first to hold its club championship — Bill Yurko, a two-time Allied Senior champion, captured the title.

In the other divisions, Patty Peltier took the women’s championship, Jamie Denault walked away with the senior title, Ed Sheehan prevailed in the super senior division and Jim Smith won the legends competition.

The format for the men’s club championship changed, but the results didn’t with Mark Jemilo defending his title with a decisive 6-and-4 match-play final victory over senior standout Doug Reed.

Jemilo, who is also a six-time champion at the Blandford Club, won his first club championship at Worthington in a sudden-death playoff over James Ryan last year in a 54-hole medal-play event.

In the women’s championship, Chris Eugin won her sixth consecutive title with a 2-and-1 victory over Liz Kay, while Steve Young defeated Walter Fritz 3-and-2 to win the men’s Super Senior Division.

There are two clubs — Wyndhurst Manor & Club and Stockbridge Golf Club — that will be holding their club championships early this month.