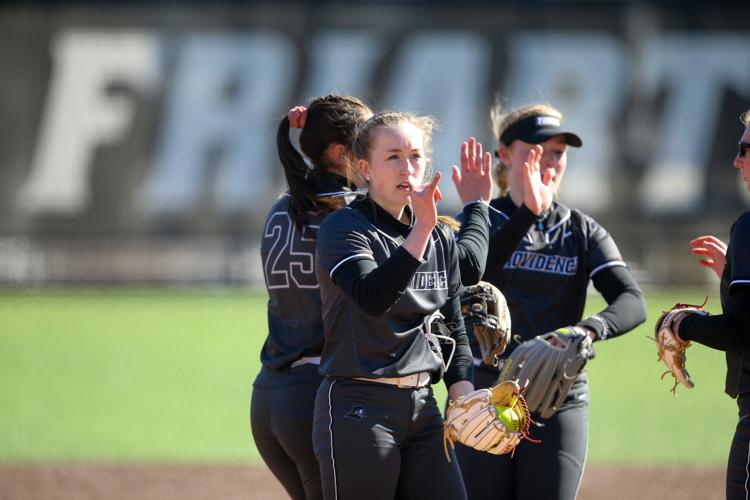 Julia Murphy was a four-year Division I softball player at Providence College. 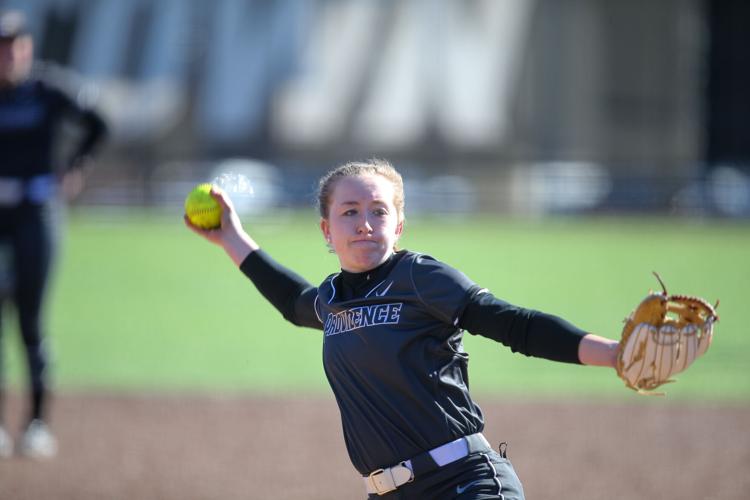 Following her senior season at Providence, Pittsfield native Julia Murphy was nominated by her school as a candidate for NCAA Woman of the Year. 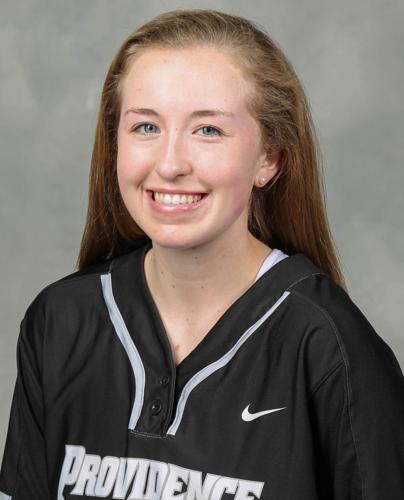 Julia Murphy was a four-year Division I softball player at Providence College.

Following her senior season at Providence, Pittsfield native Julia Murphy was nominated by her school as a candidate for NCAA Woman of the Year.

Julia Murphy may not have pitched her way into the Providence College record books. But what the former Pittsfield High School softball player did off the field would have assuredly had her name etched into an off-the-field record book.

Murphy’s on and off-field activities helped her become the school’s nominee for the 2021 NCAA Woman of the Year Award.

“My first thought was that there’s no way I’m deserving of it,” Murphy said. “There are other female athletes, in my grade especially, who are so phenomenal. I felt really humbled and really honored. Then the application process went on, and the scope of the nomination kind of hit me.

“It helped with the closure of that chapter.”

That chapter was a four-year career in the circle for Murphy, who played at Suffield Academy in Connecticut before signing to play Division I softball at Providence.

Statistically, Murphy’s sophomore year was her best. She pitched in 12 games and started two, finishing with a team-best 2.22 earned-run average over 28 1/3 innings. She went 1-3 that year.

Her junior and senior seasons were cut short due to the repercussions of the COVID-19 pandemic. In 2020, she threw 11 innings in five games before everyone’s season was shut down by COVID. Playing a Big East Conference-only slate this year, she appeared in 10 games and started once for the Friars.

She played in 29 career games, starting four, and finished with a 2-4 record. Murphy made her final two collegiate appearances May 8 and 9 at home against Seton Hall.

Providence went 54-81 in four years. The Friars’ best season with Murphy on the squad came in that sophomore year back in 2019, when Providence went 30-22 but lost to DePaul in the Big East Tournament.

“You always think when you go to college that I’m going to be an All-American, I’m going to lead the program in strikeouts, and all these kind of lofty, on-the-field kind of goals. For me, my focus early on kind of changed,” Murphy said. “I came into a role of a closer on the staff. I had been accustomed to pitching literally every inning in high school. I’ve taken on this new role, where I realized I might not see as much on-the-field time. Obviously, I’m going to make the most of it. Also, what can I do to leave a mark off the field too, because I’ve really grown to love the Providence College community.

“I feel like there was a shift in my focus, with different things that I poured my energy into.”

Off the field, Murphy won the Paul Connolly Award, given to the women’s athlete who distinguished herself among peers through sportsmanship, courage and honor. She won the Rev. Robert A. Morris, O.P., ‘46 Memorial Award which is given annually to a student athlete who had, what a release called “a profound impact on Providence College.” Providence vice president and athletic director Bob Driscoll and senior staff members make the selection.

At Providence, Murphy was the president of the Student-Athlete Advisory Council, and the Diversity Committee chair for the Board of Programmers. She also helped lead the Friars Week Initiative, promoting allyship, anti-racism, LGBTQ+ inclusivity and anti-xenophobia.

In addition, Murphy was a student representative on the Athletics sub-committee for the school’s COVID-19 Continuity Task Force.

Academically, Murphy was named the Big East Institutional Female Scholar-Athlete, and was a four-time member of the Big East All-Academic Team.

“It’s all tied to softball,” she said. “How can I really help my fellow student-athletes? How can I make their experience better? How can I give back to Providence? For me to have this recognition and combine both. There’s a level of athletic achievement that you kind of have to have to get it. It’s also what are you doing off the field to make your school a better place.

“It did, like I said, give me a lot of closure during an emotional time otherwise, when everything else is coming to an end.”

The NCAA Woman of the Year award has been given out since 1991 and recognizes graduating women student-athletes. Each school in a conference nominates one student-athlete and the conferences select up to two from the pool of nominated athletes.

Then, the members of the Committee on Women’s Athletics will vote the top nine finalists to determine the 2020 NCAA Woman of the Year, who will be named this fall.

Former UConn basketball great and Naismith Memorial Basketball Hall of Famer Rebecca Lobo was named the Woman of the Year in 1995.

Murphy is currently working as a legislative aide for Fourth Berkshire District Representative Smitty Pignatelli. She has been working out of Berkshire County, but said she is in the process of heading to work in Pignatelli’s office at the State House in Boston.

She majored in Political Science with a minor in Public and Community Service.

“I think I’m more interested in politics” than law school, Murphy said. “I’m thinking potentially of grad school in public administration or public affairs, or something. But that won’t be for a little bit. I kind of like the work experience and getting right in the thick of it.”

Since the NCAA granted all student athletes an extra year of eligibility due to the fallout from the COVID-19 pandemic, Murphy was asked if she considered taking one more bow in the circle?

“It was definitely a decision that I grappled with,” she said. “It involved a lot talks with my family. I loved Providence so much. I just really felt, honestly, when it came time to make that final decision, I had gotten everything I possibly could out of my experience there. Saying goodbye to softball, a game that I loved for so long, it was hard — especially losing a year to COVID. I came into college always saying that when the time came, I wanted to go out on my terms. I wanted to feel really good about where I was at with everything. That’s ultimately what it was. I felt like I had given a lot to the program.

“Emotionally, I felt like it was time to step away from the game and give other people an opportunity, but also for me to dive into the next chapter of my life.”