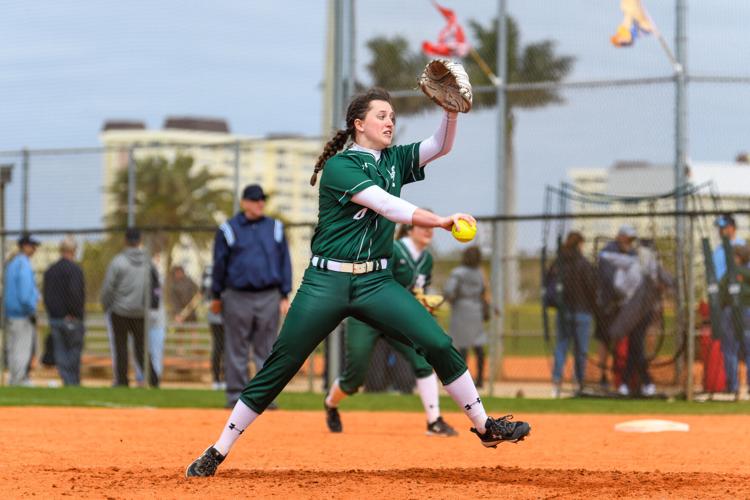 Adams' Kali Puppolo spent two years pitching at Division I Manhattan College. With a degree in Political Science and an extra year of eligibility, the former Hoosac Valley softball standout will play her final year at UMass. 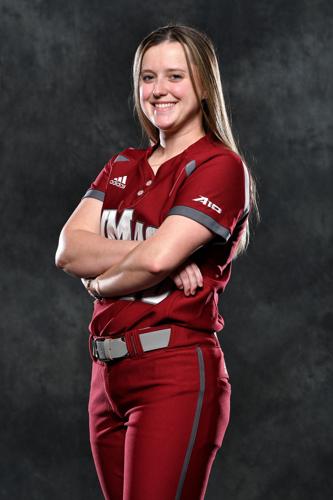 Kali Puppolo is one of four pitchers on coach Danielle Henderson's UMass roster. Puppolo is the most experienced of the four, this being her fifth year of college softball. 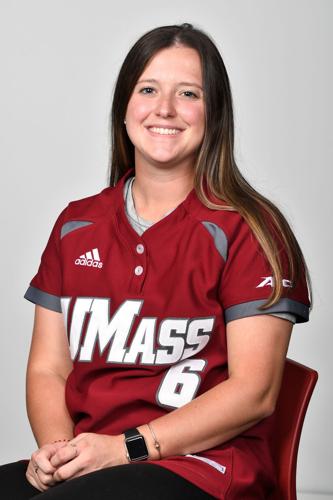 The NCAA granted student-athletes the opportunity to get an extra year of eligibility because of the COVID-19 pandemic. Not every college athlete took advantage of that.

Kali Puppolo is, and the former Hoosac Valley softball standout is going to play her final Division I softball season close to home.

“I love it here,” said Puppolo, who is playing this final season at the University of Massachusetts.

“I love the school. I love my program. The team is just really special,” she said. “Everyone welcomed me right away. We have a lot of freshmen. We have some transfers, so I wasn’t the only new person here.

“It felt like I was in the right place as soon as I got here.”

After graduating from Hoosac, Puppolo spent two years playing softball at Herkimer (N.Y.) Community College, before spending two more years at Division I Manhattan. In two seasons at Manhattan, she was 4-8 as a pitcher. Puppolo appeared in 23 games as a Jasper and made 14 starts, garnering a 4.52 earned-run average.

In her 2020 season, she appeared in six games, starting two, and had a 1-2 record. Manhattan was 6-6 in 2020 when the pandemic forced college programs across the nation to shut down.

Last year, she was 3-6 and started 12 of the 17 games she appeared in. Puppolo was 3-6, for a team that went 22-16, and won the Metro Atlantic Athletic Conference tournament championship. The Jaspers earned their way to the NCAA Division I tournament, and found themselves in Fayetteville, Ark., at the Fayetteville Regional. Manhattan lost to host Arkansas and Stanford, and was eliminated from the tournament.

“I really didn’t know what I wanted to do career-wise yet, so it was kind of, do I take one more year of school and kind of figure out what I wanted to do, or play softball another year,” she said, in a phone interview with The Eagle from Amherst. “It was kind of a no-brainer for me, because we lost the season due to COVID and I want to spend as much time playing as I can obviously.”

So, the easy decision appeared to be going to school and playing that one final year. The next question was Manhattan or someplace else.

“We had conversations right after our season at Manhattan had gotten canceled about if we wanted to play another year and if we were coming back to Manhattan,” she said. “Ultimately, I made the decision to leave Manhattan because they didn’t have an academic program for me that made sense.

“I wanted to maximize softball but also getting a master’s degree in a field that would ultimately get me a career in a field I wanted.”

Puppolo earned a Bachelor’s Degree in Political Science from Manhattan, and is now in a one-year program to earn a Masters Degree in Public Policy from UMass.

“Obviously, in high school, our Western Mass. Tournament was here,” Puppolo said, referring to Elaine Sortino Field. “I toured here at UMass in high school and it was always on my radar. It’s close to home. But coming out of high school, I just thought it was a gigantic school, I was scared and I didn’t want to come here right away.”

When the time came to decide whether or not to enter the transfer portal, Puppolo said the coaching staff at Manhattan seemed to understand that an extra year in The Bronx wasn’t in the cards, so they offered their assistance.

“The transfer process, my list wasn’t very big. The coaches at Manhattan had reached out for me to see if anyone needed a pitcher,” she said. “UMass answered right away. That’s how I got in contact with UMass.”

UMass was picked to finish fourth in the Atlantic 10, in a preseason poll of the conference’s coaches.

Henderson is one of the top athletes in recent UMass history. A 2009 member of the UMass Athletics Hall of Fame, the former pitcher is a three-time All-American, a 2000 Olympic gold medalist in softball, and someone with an extensive coaching background. She served as an assistant coach under UMass Hall of Famer Sortino from 2000-03. She then was an assistant coach at Ohio State and Stanford, before spending one year as the associate head coach under Stefanoni.

In 2015, she went to UMass Lowell to lead that program into fulltime Division I status. She was named America East coach of the year in 2017 and 2019.

To say that the idea of playing for a softball legend like Henderson is exciting for Puppolo would be an understatement.

“You just try to absorb everything you can. All of us absolutely love her,” said Puppolo. “We love picking her brain, asking her questions. Our bullpens are usually separate from practice, so we get her all to ourselves for at least an hour. It’s really, really cool to have someone like her as our head coach and our pitching coach.

“To learn about the game from her and listening to her experiences, she’s played with and against some really, really big names in softball. I’m really happy that I ended up here at the same time that she did.”

Little more than a year removed from her high school graduation, Kali Puppolo made her first visit to New York City.The Adams native wasn't in the Big Apple last November to sight-see, though. She …

It might be hard to believe, but UMass opens its softball season this weekend with five games at the Spartan Classic at the University of South Carolina Upstate in Spartanburg, S.C. There, the Minutewomen will play two games against USC Upstate, two games against North Carolina Central and a game against Towson.

UMass heads out on the road for non-conference play every weekend between now and the middle of March. The Minutewomen will play in the Incarnate Word Tournament in San Antonio, Texas, Feb. 18-20, at the University of Georgia’s Bulldog Classic March 4-6, and at the USF Tournament in Tampa, Fla., March 11-13.

UMass will open Atlantic 10 Conference play on Saturday, March 19, with a doubleheader at Rhode Island. The home opener will be Wednesday, March 23, against Boston College, and the first A-10 home series will be against Fordham, starting on April 2.

The opportunity to get another year of college eligibility has certainly piqued the interest of spring sport athletes across the length and breadth of the NCAA. For one of many Berkshire County …

“We haven’t gotten into specifics” about roles for the season, Puppolo said. “I think decisions aren’t going to be made until we start playing. She’s made it very clear to us, there are only four pitchers here, and we’re all needed. We all have a role and we all have to work together as a staff to have success this season. That’s how it’s always been at all the schools I’ve been at.”

Last year, UMass used three pitchers, and two of them return. One is junior Jessie DiPasquale, who went 13-13 in 24 starts. Sophomore Jenna Bradley appeared in 15 games and made nine starts. Along with them and Puppolo, freshman Julianne Bolton rounds out the pitching staff.

But unlike the 152-mile, one-way trip from Hoosac Valley to Manhattan College or the 125-mile one-way trip to Herkimer County Community College, this will be only 45 miles from the high school in Cheshire to Sortino Field. That is something that has Puppolo excited.

“It’s so exciting, especially for my parents, who didn’t get to see me last year. Being so close and having a lot of home games is going to be really good for them, “ she said. “Even both my grandmas, they’ll be happy they don’t have to drive very far.”