LEE — While some teams in the state are entering the final stretch of their regular season slate, the Lee boys feel like they’re just getting going.

A seemingly endless stream of postponements had the Wildcats playing just their eighth game of the season on Friday night at home. It was a game senior guard Alejandro Smith called a turning point. 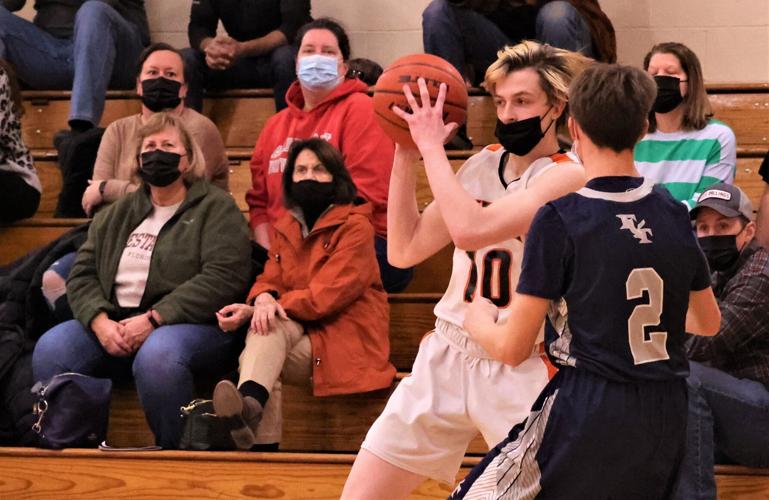 Lee's Dylan Ely looks to pass along the perimeter. 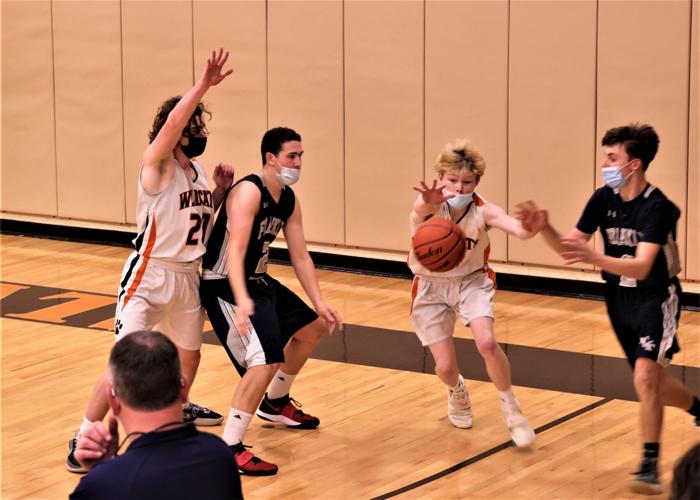 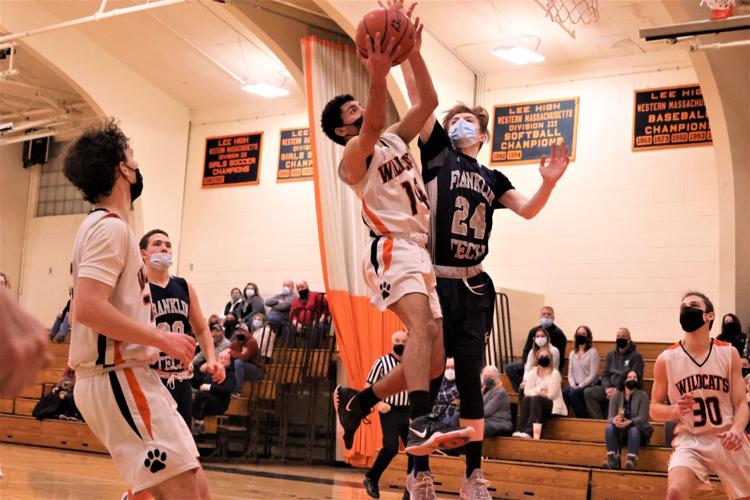 Lee's Alejandro Smith goes up for a layup while defended by Franklin Tech's Vincent Renaud. Smith scored 16 points in the Wildcats' home win. 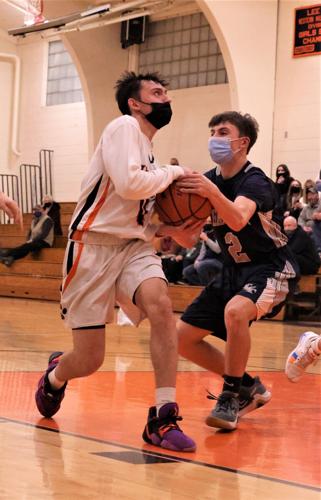 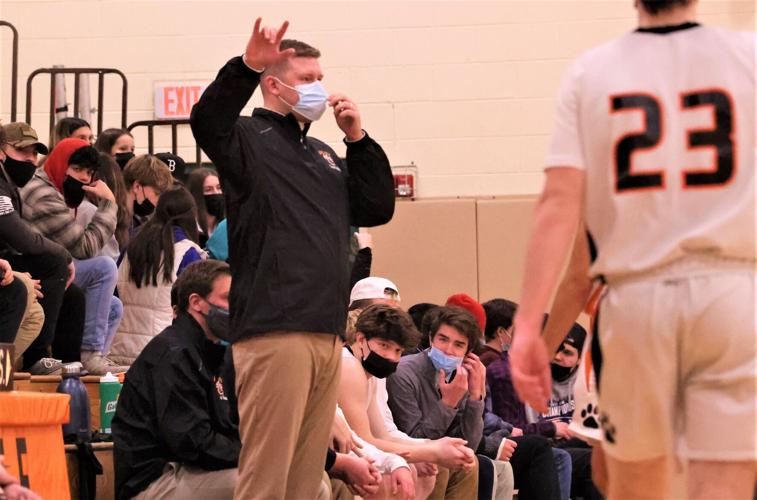 On Friday night in Lee, the Wildcats beat Franklin Tech 65-48.

Lee's Dylan Ely looks to pass along the perimeter.

Lee's Alejandro Smith goes up for a layup while defended by Franklin Tech's Vincent Renaud. Smith scored 16 points in the Wildcats' home win.

Lee knocked off Franklin Tech 65-48, winning its second straight game to improve to 3-5 overall and 3-3 in the Hampshire North.

“We’ve had so many games rescheduled and postponed. There’s been pauses and players being out, but we seem to have found a rhythm,” said first-year coach Zach Kelley.

Smith had a team-high 16 points to lead three in double figures.

“[Smith has] found his confidence, halfway through the year. We all had a slow start to the season, but we’re starting to find our groove and find some confidence. It’s been a lot more fun,” said Kelley. “He’s really coming into his own.”

Ben Cooper had 14, including nine in a textbook closeout stretch during the fourth quarter. Tim Besaw canned three 3-pointers and finished with 13 points.

Franklin Tech had beaten Lee by eight in late December back in Turners Falls, but Smith said this Wildcats team isn’t the same one that took the floor a month ago.

“We’ve made the best of what we’ve got. Push forward and make it happen,” said Smith. “This is definitely a turning point. We went out there and got beat. Home this time, we wanted to show them we’re not the same team. Hopefully, moving forward we can keep playing like this.”

The Wildcats hit the offensive glass with a fervor early on. Dylan Ely scored on a pair of putbacks to finish the first quarter with his side up 17-13.

Smith converted on a fancy finish in transition in the middle of the second and the Wildcats were flirting with a double-digit lead. Noah Ausikaitis got a 3-ball to go down for Franklin to make it 26-20, and Ty Sadoski scored four points in the final 34 seconds of the half to keep the visitors within seven at the break.

While Lee wasn’t completely successful in its game plan to limit Sadoski — who scored 28 in the Dec. 27 win — the Wildcats did ensure his repeat game-high 28 points wouldn’t be a mortal blow. Smith and company did their best to provide an answer every time Sadoski got something offensively.

“That Sadoski kid is amazing. Every game, and we did a lot to try and stop him, but it just didn’t matter he still had almost 30 points,” said Kelley. “That was our goal on defense, but on offense we wanted to push the ball, and I think that worked out.”

Lee managed to trade baskets with the Eagles for a stretch to open the third. Sadoski got to the line to close within six, but Besaw drained a 3-pointer at the other end to answer. Another bucket by the Franklin Tech guard made it 38-30, but Smith finished through contact for a three-point play at the other end, and Besaw followed up with another trey to force a timeout by the visitors, down 14.

Sadoski and Smith dueled for a bit, each making strong drives to the basket, and the Wildcats led 50-36 at the end of three.

Franklin Tech scored the first four points of the fourth quarter, but a missed 1-and-1 opportunity kept the Eagles from getting within single digits. Instead, Cooper took over.

The junior big man sank a pair of foul shots with 5:34 left, and then grabbed an offensive rebound and forced it back in through a foul 40 seconds later. The and-1 free throw made it 54-40. Later, he took a pass in the high post lost a defender on an up-fake and scored on a one-dribble finger roll.

“That’s by far his best game of the year,” said Smith. “He came in and stepped up when we needed him to. Rebounding, scoring, defense, he helped us out in a lot of ways tonight.”

After Sadoski hit four more foul shots to draw within 59-48, Matt O’Brien found Cooper on a cut to the rack for two more with 2 minutes left, all but icing the game.