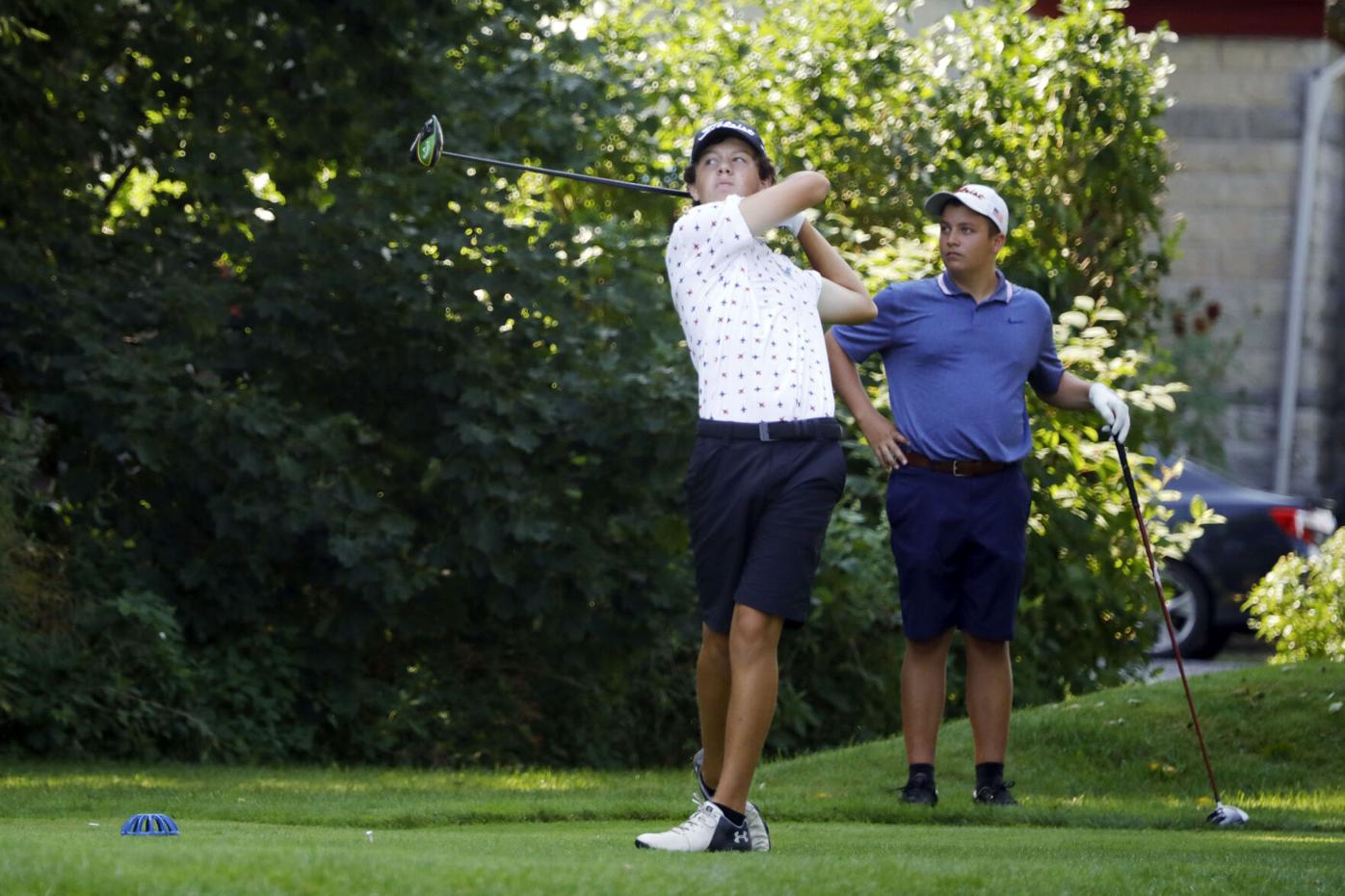 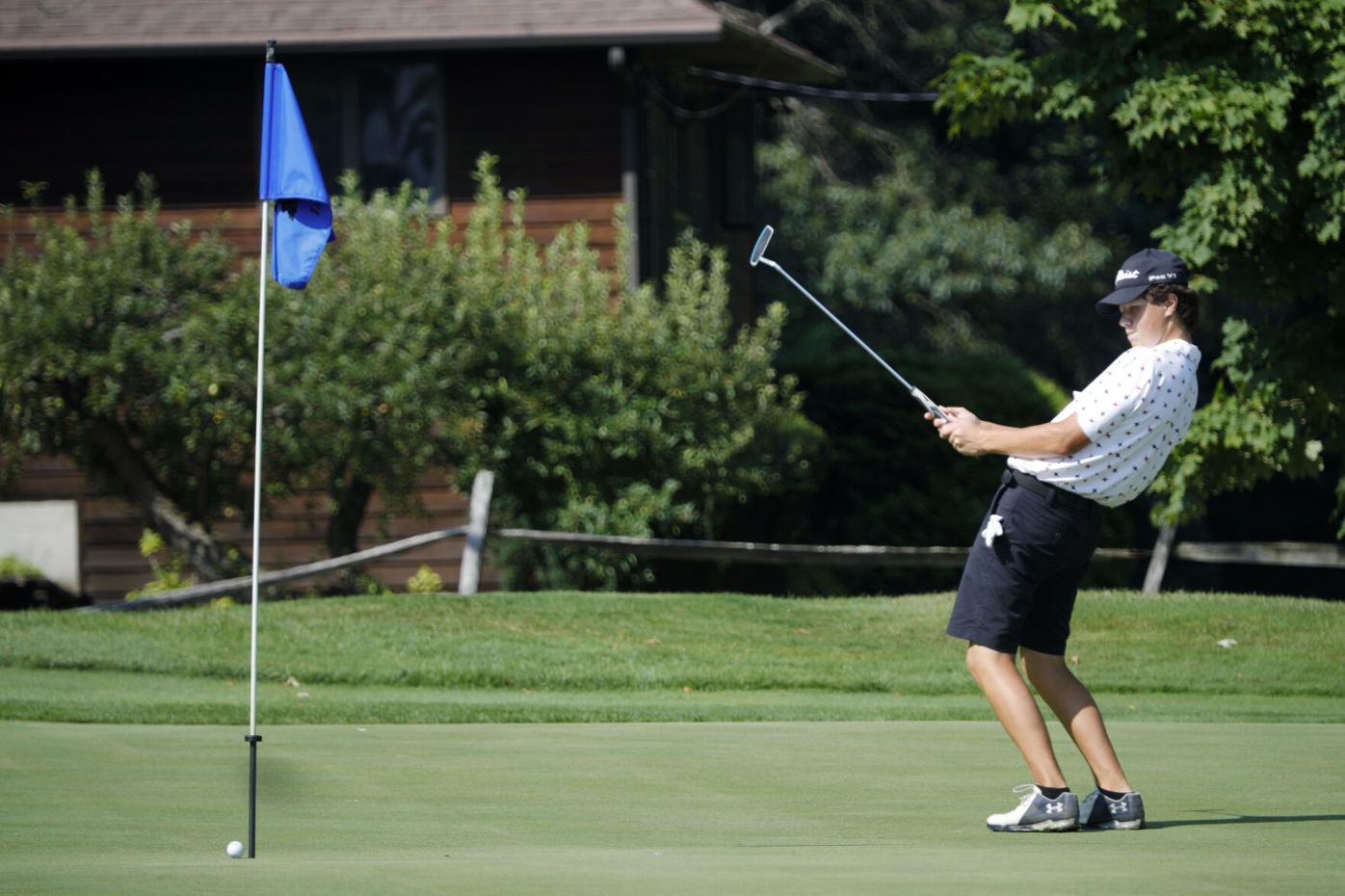 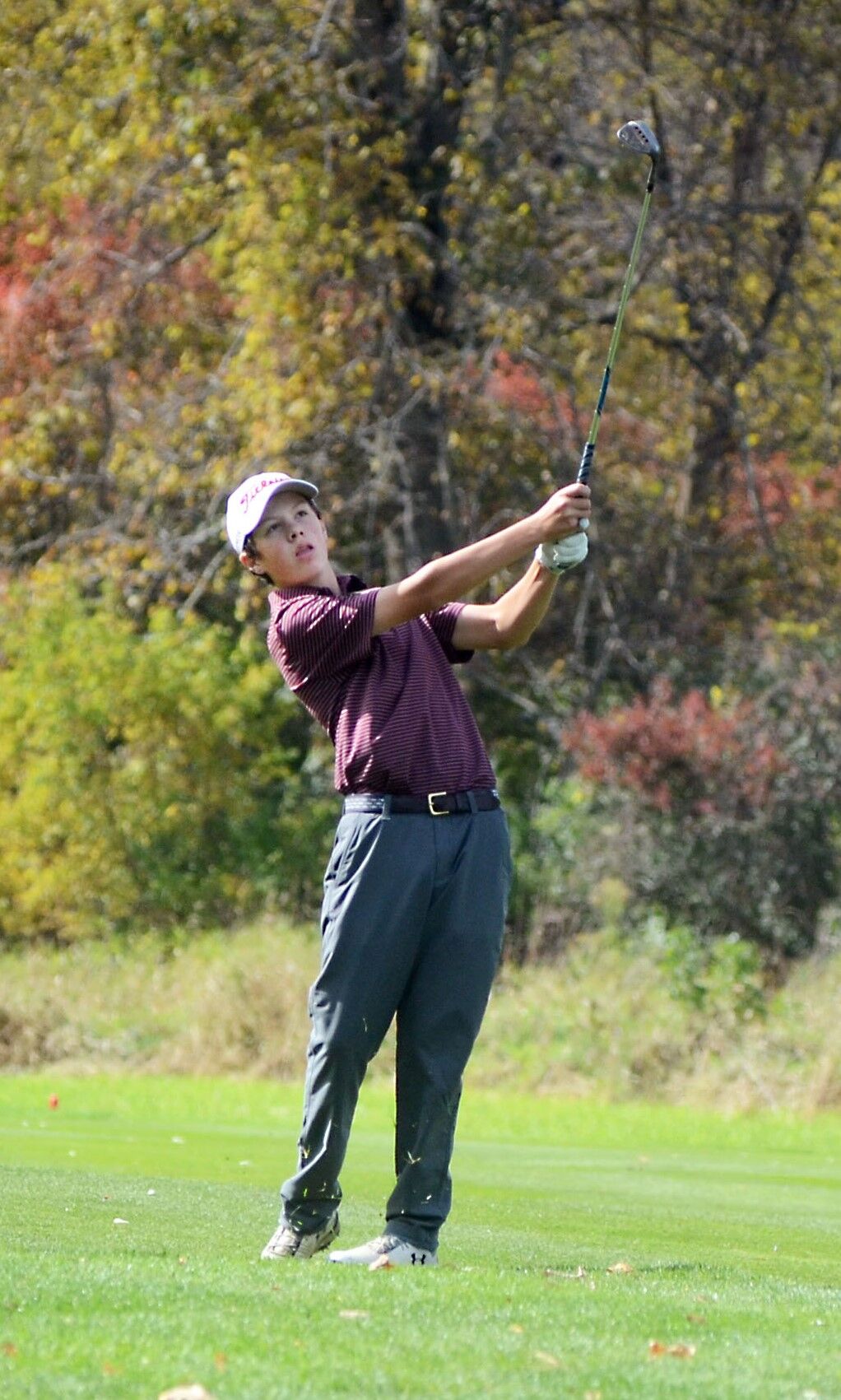 Lenox’s Max DiGrigoli has been hunting to find strong tournaments to play in this season, while the Millionaires were kept off the links by COVID-19.

Lenox’s Max DiGrigoli has been hunting to find strong tournaments to play in this season, while the Millionaires were kept off the links by COVID-19.

Lenox High School golf coach Dick Salinetti had a good feeling a long time ago about Max DiGrigoli’s golfing future, and it turns out that he was on-target.

“I remember seeing Max out playing with his (late) grandfather Lou when he was in about fourth grade and thinking, ‘I just can’t wait to get him’,” said Salinetti, who has consistently shown the ability to patiently build good teams from the ground up.

It didn’t take the coach all that long to find out that he was correct about the youngster.

“He’s been in the lineup since seventh grade and he’s been No. 1 most of the time since his freshman year,” said Salinetti, who describes his junior standout as “bright and well-spoken.”

The 16-year-old’s growth as a player has been on full display over the past few weeks with a pair of wins, but unfortunately it hasn’t been as part of a team given the school’s decision to not compete in any team sports this fall due to COVID-19.

It’s been a tough pill to swallow for Salinetti, DiGrigoli and a talented team that had, at the very least, Western Massachusetts Division III title hopes after finishing as the runner-up in 2019 and recording a 29-2 record in dual matches over the 2018 and 2019 seasons.

“It’s been extremely frustrating to watch other teams playing that I think we could beat ,” said DiGrigoli in a phone interview. “I feel like we really had a chance to win one for the school.”

Recently, however, DiGrigoli did get a chance to compete against some of the area’s best high school players when Greenfield Country Club organized an unofficial Western Mass. individual championship (the MIAA cancelled this year’s event). The tournament was open to any player who averaged a 40 or less in matches in 2019.

DiGrigoli seized on the opportunity, shooting an impressive 1-under 71, on a course he said he had never seen, to take the overall win by a stroke and D-III honors by a comfortable four shots. That came shortly after DiGrigoli had captured the Stockbridge Golf Club junior club championship with a 36-hole total of 3-over 145.

“This was definitely my best win given that I hadn’t played a course like that before and the field was pretty strong,” he said of his performance at Greenfield, a par-71 inland links-style layout that features plenty of humps and bumps for golfers to navigate.

“It was a unique test, but I was extremely accurate with my driver and hit the ball very well overall,” said DiGrigoli, who finished with four birdies and three bogeys. “The turning point came on the 11th hole (a 185-yard par 3) when I made an 8-foot slider to save par and then followed that up with two straight birdies.”

Having started playing at a young age thanks to grandfather Lou, Max competed in his first tournament as a 9-year-old and has played at the high school level starting in seventh grade. He’s also taken on a busy summer schedule the past few years, gaining experience that came in handy against a field of mostly unfamiliar foes in Greenfield.

“One of my strengths is that I tend not to panic,” he said. “I know that I have four hours to figure things out when I’m on the course.’

Salinetti saw early that DiGrigoli wouldn’t be intimidated or get flustered in the heat of competition.

“As a freshman, he was pretty small and I remember him standing up to bigger seniors twice on another team on penalty rulings,” Salinetti said. “He stood his ground and he was right. He knows the rules.”

That lack of height, says Salinetti, may have been a blessing in disguise for DiGrigoli, who has grown to 5-foot-9 and is now able to pound his drives a solid 270 yards.

“Because he was small, Max developed a really good short game,’ Salinetti said. “He’d have to hit driver and then fairway wood on par 4s, but now he has gotten bigger and longer off the tee, and he had already learned how to hit the ball straight.”

Another reason DiGrigoli has made big strides is that he’s been traveling to New York to take part in the Northeast New York PGA Section’s Junior Summer Series. He finished in the top 10 in five of the seven events this summer with his best finish a third-place performance at Wolferts Roost Country Club in Albany, N.Y.

“It’s well worth the drive over there, it’s extremely valuable experience to gain,” DiGrigoli said of taking on the New Yorkers. “There are a lot of good players over there and it gives me more confidence at the state level to know that I can compete and have success against players I don’t know.”

Coach Salinetti learned the value of summer tournament experience when he was traveling to high-level tournaments with his son Jim, back in the 1990s. The young Salinetti ended up having the best amateur career in Berkshire County history, capturing three Massachusetts Amateur titles and one New England Amateur crown.

“Playing over in the Albany area has really helped Max,” Salinetti said. “The largest percentage of high school golfers around here don’t compete that much in the summer and he’s getting to play against some good golfers.”

While the recent victories have tasted mighty good, it still doesn’t make up for not getting to compete with teammates freshman Max Shepardson, sophomores Cliff Flynn and Devan Patel, and juniors Brendan Hayden and Ben Haddad this fall. The silver lining for the Millionaires, however, is that all six of the golfers should get another chance next season since all are underclassmen.

“From Day 1 in seventh grade, our goal has been to win a state championship with the first step winning the Western Mass championship,” DiGrigoli said. “We will see what next year has in store for the team.”

Before that, however, DiGrigoli will have two more tournaments to play in this week, both of which were weather postponed last weekend. On Saturday, he will partner with Taconic High junior Nate Murphy at the Country Club of Pittsfield in the Halloween Junior Four Ball at CCoP, permitting.

Then on Sunday, he will travel to greater Worcester to take on a field of some of the state’s best high school players at Shaker Hills Country Club in the National High School Golf Association’s version of an individual state championship. The MIAA state championship, like the Western Mass. Championship, was canceled this season.

Richard Lord can be reached at relord633@gmail.com.