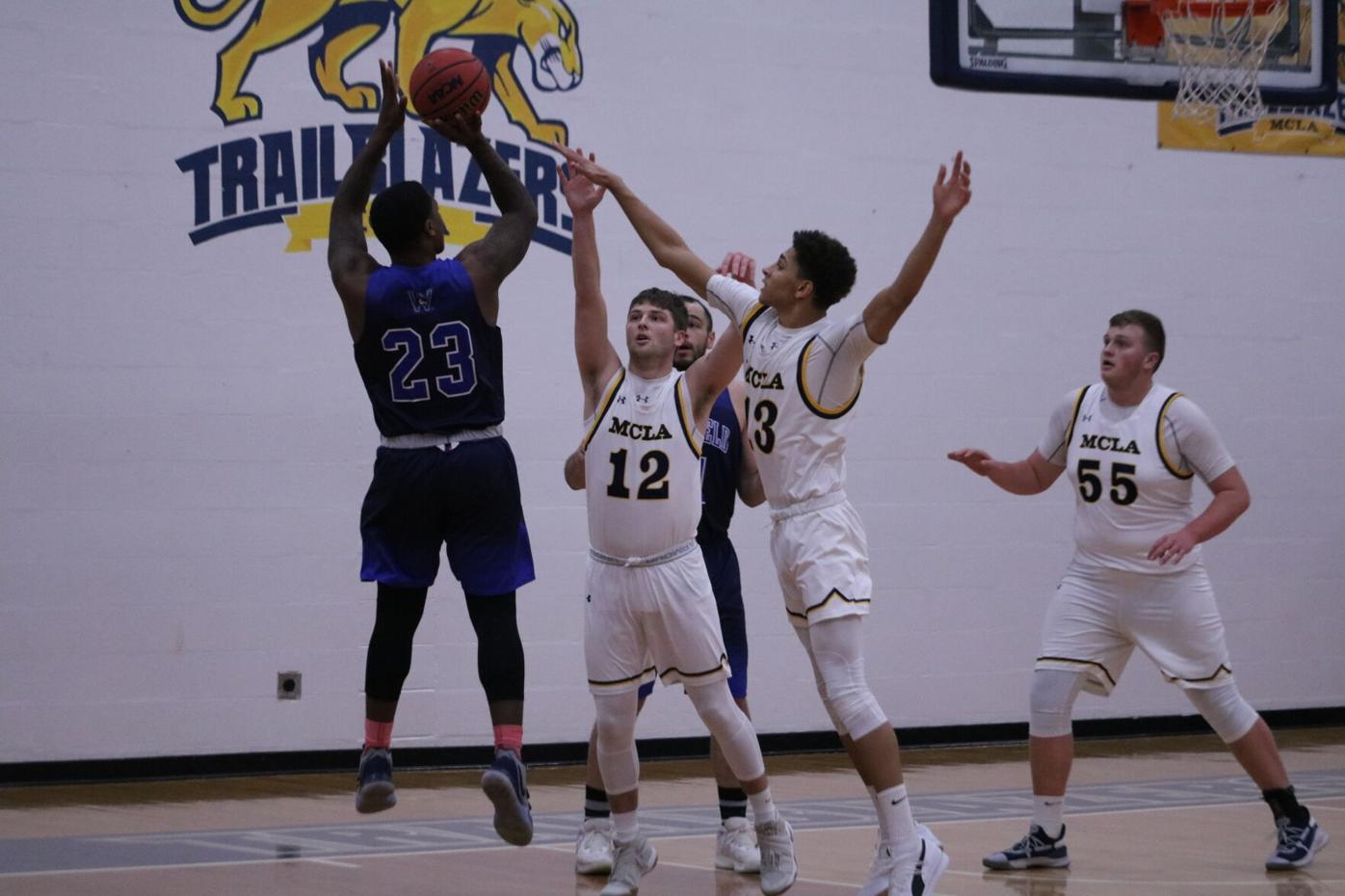 EAGLE FILE PHOTO Mike DeMartinis, Quentin Gittens and the MCLA men’s basketball team got the tough news this weekend that there will be no winter sports played by MASCAC schools this season. 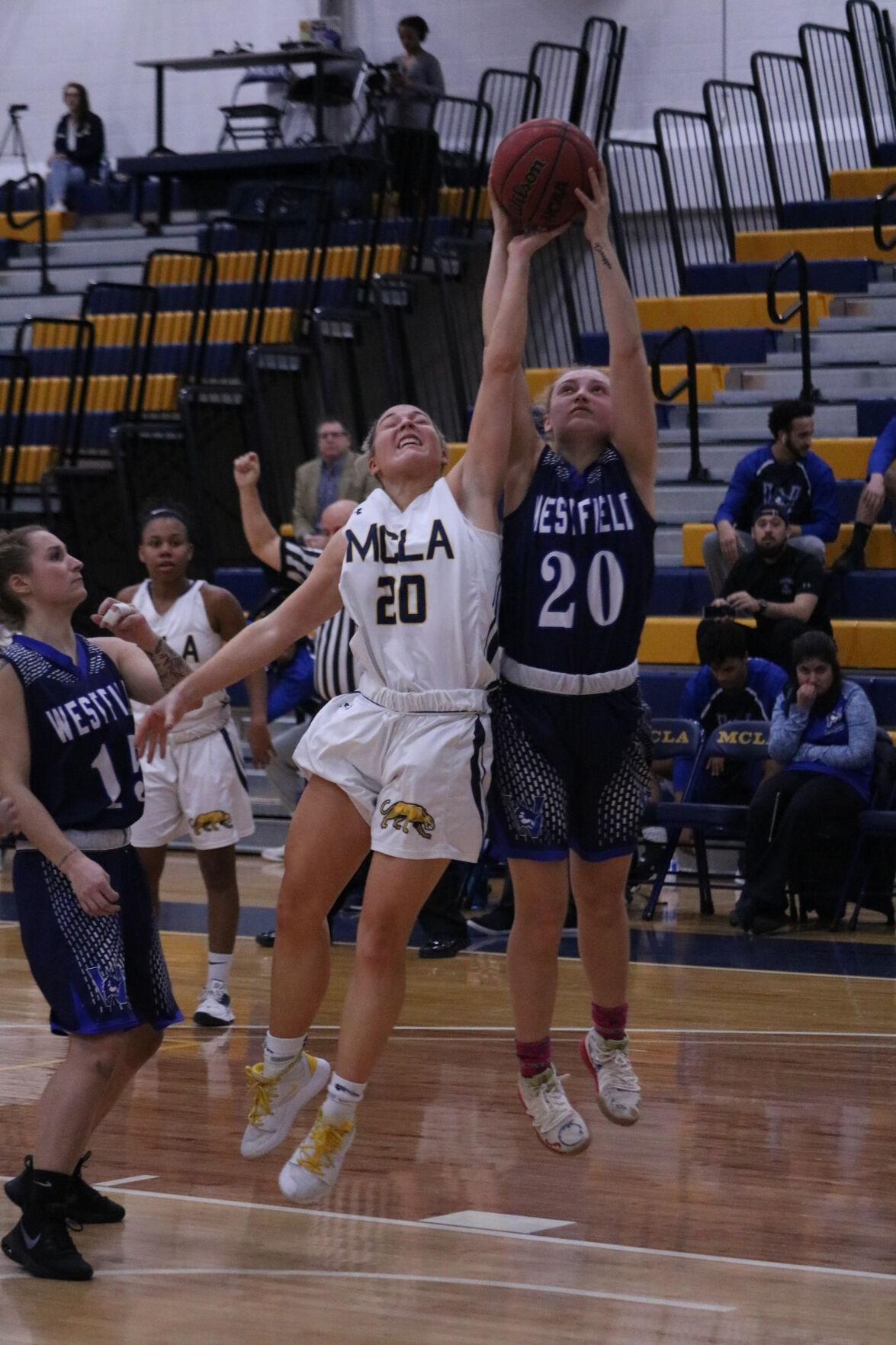 Berkshire County products Brooke DiGennaro of MCLA and Bella Aitken of Westfield State won't clash in North Adams this season after their conference pulled the plug on winter sports amidst the pandemic. 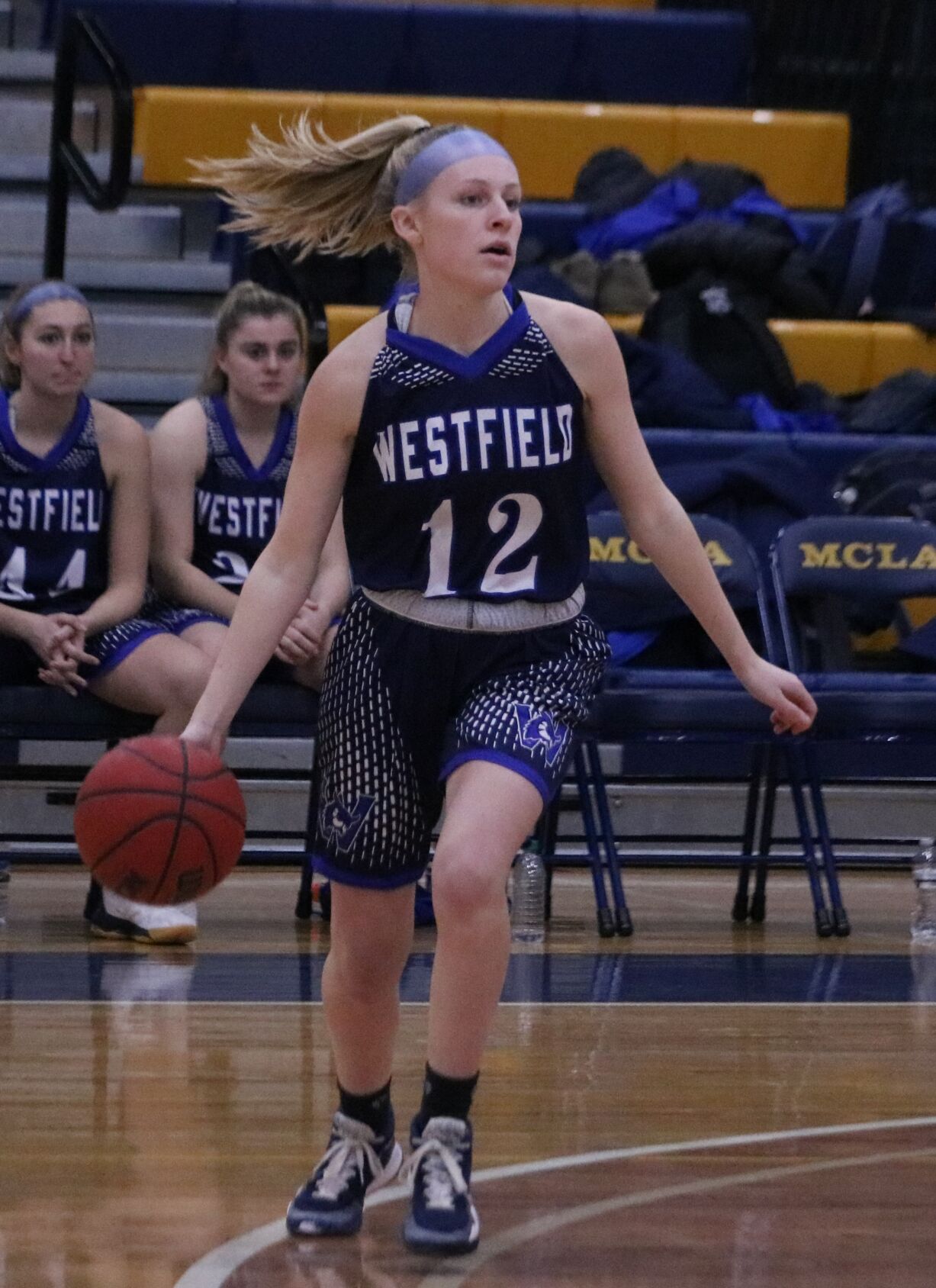 EAGLE FILE PHOTOS Westfield State guard Alie Mendel, a Hoosac Valley graduate, won’t return to the Berkshires this winter to play as the MASCAC announced there will be no winter sports.

EAGLE FILE PHOTO Mike DeMartinis, Quentin Gittens and the MCLA men’s basketball team got the tough news this weekend that there will be no winter sports played by MASCAC schools this season.

Berkshire County products Brooke DiGennaro of MCLA and Bella Aitken of Westfield State won't clash in North Adams this season after their conference pulled the plug on winter sports amidst the pandemic.

EAGLE FILE PHOTOS Westfield State guard Alie Mendel, a Hoosac Valley graduate, won’t return to the Berkshires this winter to play as the MASCAC announced there will be no winter sports.

This may not be the best way to celebrate a 50th anniversary, but it is apparently the only way.

The Amsler Campus Center Gymnasium at MCLA, and other gyms and rinks around Massachusetts will be quieter this winter. The Massachusetts State College Athletic Conference announced Friday morning that it would cancel all winter sports competition.

While athletes and coaches at MCLA got the word before the public, it was not an easy announcement for the MCLA administration to make.

“The coaches and the teams were informed late [Thursday] afternoon, which is fairly standard for when these types of announcements come out. We want our student-athletes and coaches to hear from us first, especially when we have to deliver really disappointing news,” MCLA athletic director Laura Mooney said. “We feel really bad, especially for the seniors. Unfortunately, this pandemic has really [hurt] our normal operations and taken away the opportunity for a lot of our student-athletes, from last spring until now, to compete.”

Ultimately, the conference’s leadership determined that there were too many questions and not enough in the way of answers to move forward with a season.

“We explored countless scenarios to find a safe path forward with the evolving recommendations and policies from the NCAA and the state for our winter sport student-athletes,” MASCAC commissioner Angela Baumann said in a statement. “After consultation with our medical staff and athletic directors, the MASCAC presidents came to the conclusion there is not a way to ensure the safety of our student-athletes and staff with off-campus winter competition.

“The risks are far too great.”

In a release from the conference, MASCAC officials did a deep dive into reviewing information from Massachusetts and the NCAA. The eight MASCAC presidents, led by Council of Presidents Chair James F. Birge of MCLA, to cancel the winter sports season.

“The only silver lining,” Mooney said, “is the fact that the NCAA is granting eligibility back for students. If they’re able to come back and if they have the desire, they’ll be able to get those games in.”

With MASCAC cancelling winter sports, that means it will be a very quiet winter for Division III athletics in Berkshire County. Back in October, the New England Small College Athletic Conference — of which Williams is a member — made its decision to not have a winter sports season.

The cancelation of winter sports also means that Plymouth (N.H.) State and UMass-Dartmouth will not play hockey. Those two schools are MASCAC members in hockey and basketball.

“Things have been so fluid, really since March unfortunately. The NCAA has come out with a ton of guidance, a lot of it as it relates to testing,” Mooney said. “Testing multiple times a week, three times a week depending on what point of the season you’re in, depending on close contact and all of these areas. Some of the larger schools and the professional leagues have the ability to bubble. We don’t have that ability to keep the students kind of locked into one space and keep them from being exposed to things. It makes it a lot more difficult when trying to figure plans out.”

The announcement of the decision comes on the heels of Thursday’s announcement by the Division I Ivy League that its schools would not participate in intercollegiate athletics in the winter season.

MASCAC becomes the latest Division III league in the region to cancel its winter season.

The New England Women’s and Men’s Athletic Conference (NEWMAC) and the Great Northeast Athletic Conference (GNAC) had both announced on Nov. 2 that they would not have conference competition and postseason tournaments. The Commonwealth Coast Conference, meanwhile remains “hopeful that our winter teams will have the opportunity to compete in the 2020-21 academic year.”

The presidents of the CCC schools met on Nov. 9, and decided to wait things out a little longer because their schools won’t be bringing students back until on or around the first of February, and a decision will be made prior to that date.

The Liberty League, a New York State-based conference, also announced this week that it would not play winter sports.