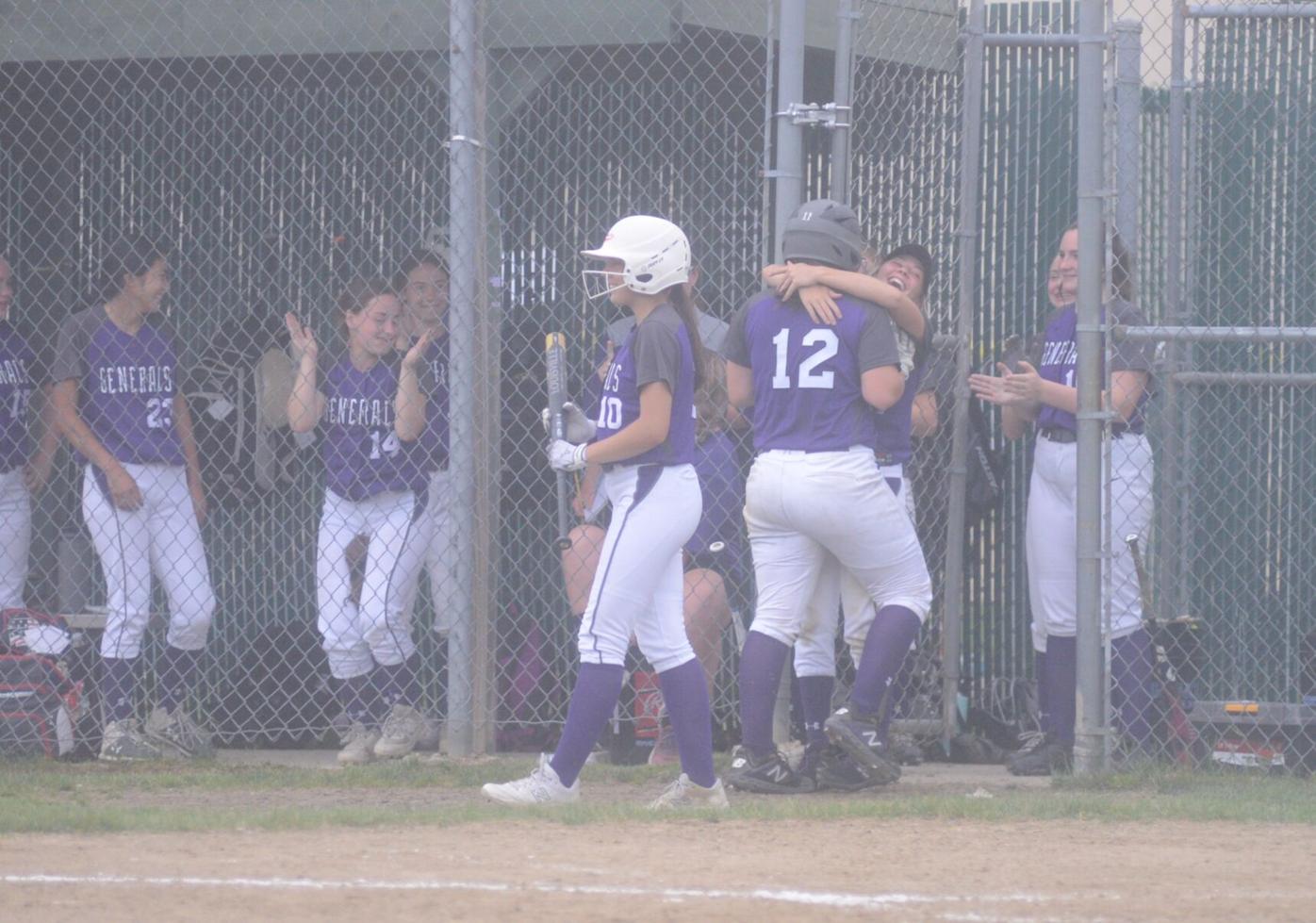 It was all smiles in the Pittsfield dugout after Mia Alfonso knocked a home run as part of a nine-run sixth inning for the Generals on Wednesday against Taconic. 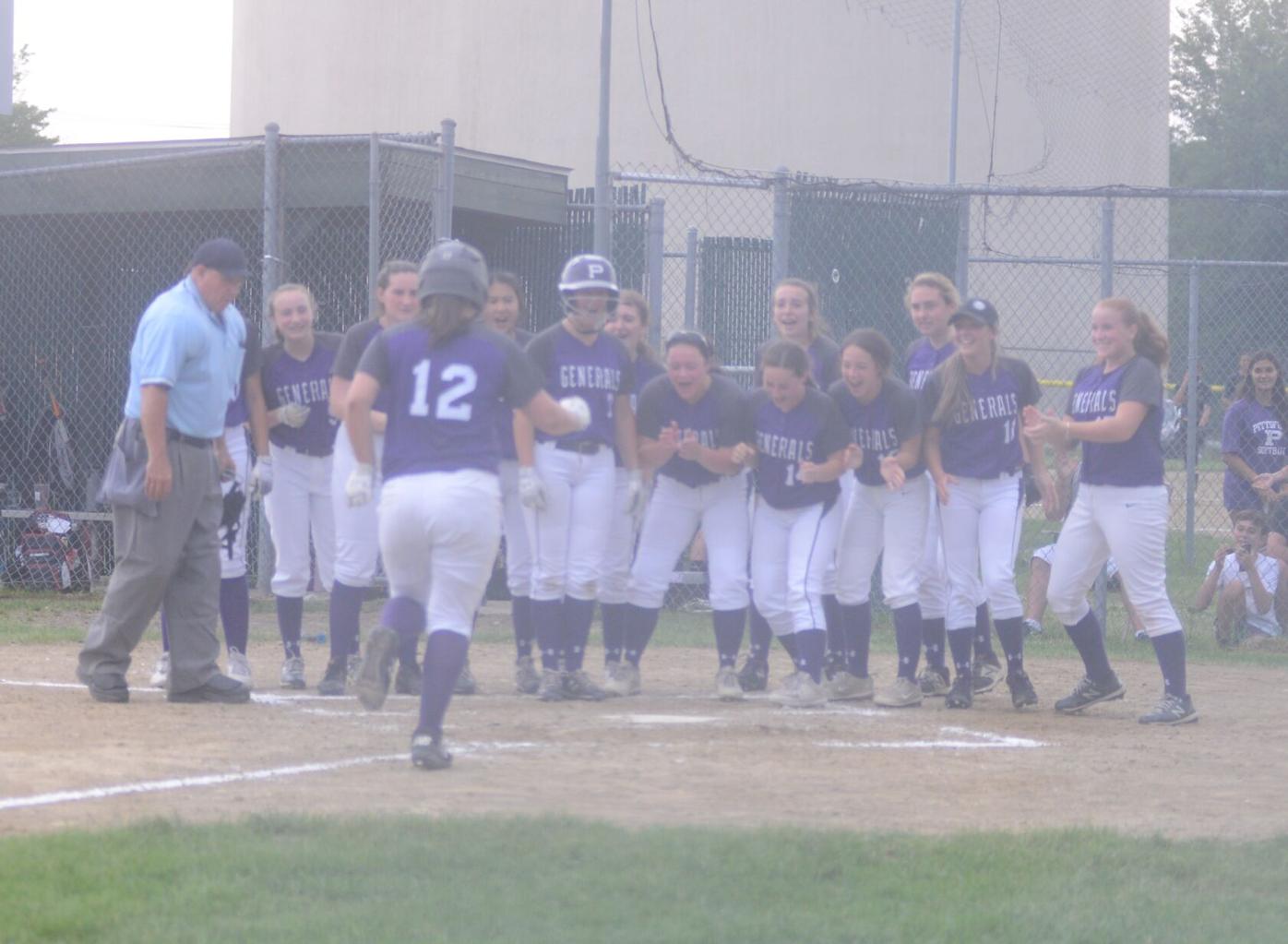 Pittsfield’s Mia Alfonso is greeted by her team after her first of two home runs in Wednesday’s win at Taconic. 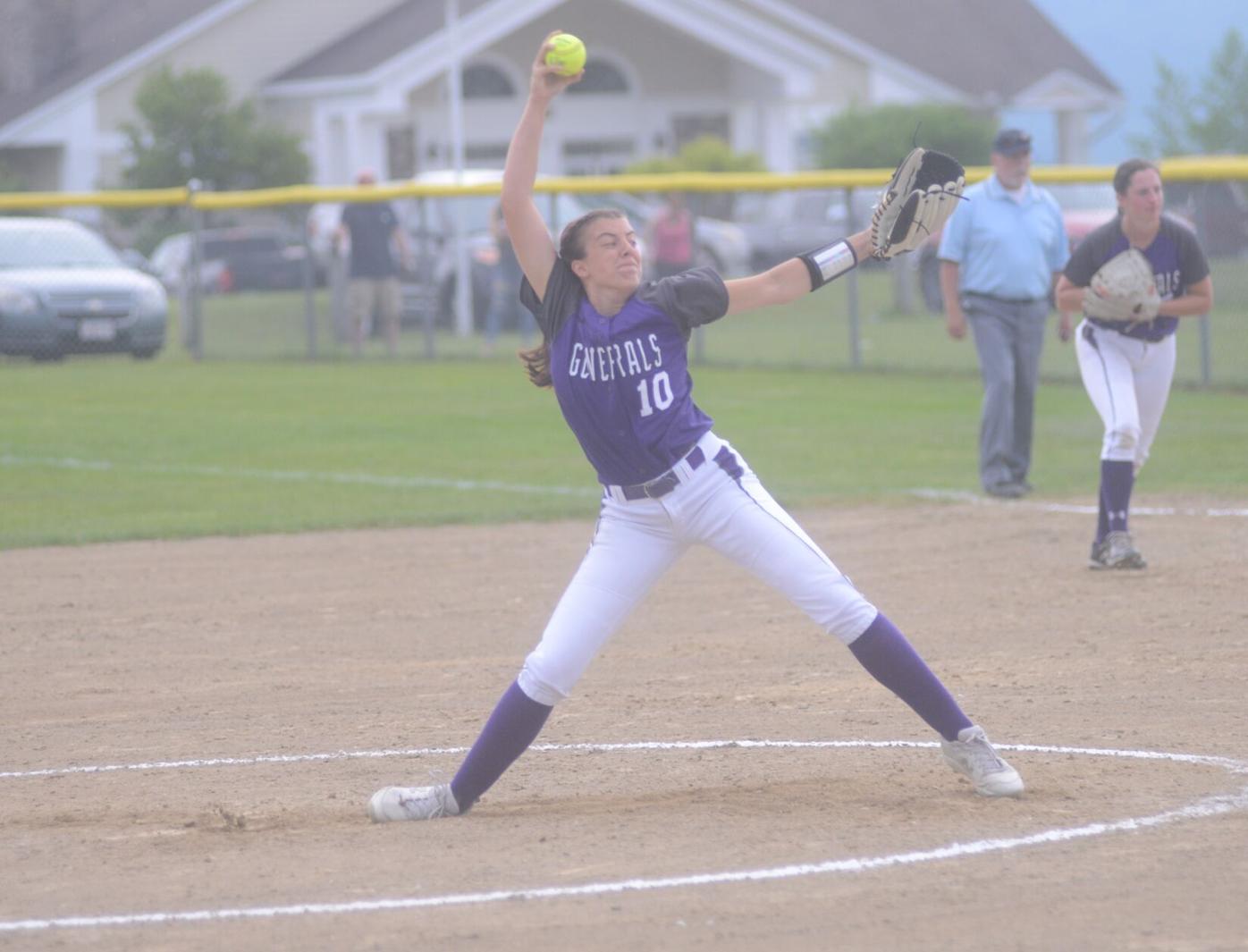 It was all smiles in the Pittsfield dugout after Mia Alfonso knocked a home run as part of a nine-run sixth inning for the Generals on Wednesday against Taconic.

Pittsfield’s Mia Alfonso is greeted by her team after her first of two home runs in Wednesday’s win at Taconic.

PITTSFIELD — Wednesday was a good day to be a Mia.

Mia Arpante, Mia Potash and Mia Alfonso, Pittsfield softball’s two-through-five hitters, combined to go 12 for 15 as the Generals bats exploded in a 12-0 win over Taconic at the Doyle Athletic Complex.

“We had a talk [before the game] that helped everyone focus,” Alfonso said. “We felt good during warmups and did everything well leading up to the game.”

Those pregame conversations had Pittsfield’s trio laser-focused and the Generals tagged Taconic for the game’s first three runs in the third inning.

Arpante pushed leadoff hitter Lexi Sondrini to second base with a sacrifice bunt and Potash scored the senior centerfielder on a double. Alfonso walked up to the plate and saw just two pitches before launching a ball over the fence in center, good for the two-run dinger.

The junior catcher wasn’t done, though, sending another ball over the fence in center. The two-run bash was part of a nine-run sixth inning for the Generals. Alfonso finished 5 for 5 with two home runs and six runs batted in.

“[The energy coming from the dugout] picks us up a lot,” Alfonso said of Pittsfield’s mentality at the plate. “Every day I feel like we’re growing more and working better as a team.”

Potash, Arpante and Sondrini, who was 2 for 5 and scored three runs, made sure that there were always ducks on the pond when Alfonso stepped into the box.

Pittsfield’s nine-run sixth inning changed the tone of a game that was otherwise a chess match. Each team was hitting the ball hard, it just happened that Taconic’s batters sent balls right to the opposing defense.

Sondrini covered plenty of ground to secure a ball in deep center field to end the second inning. Pitcher Jordyn Bazinet closed the third inning by snagging a ball that was destined to go over her head and land in center field.

Taconic’s Chloe Wendling started the bottom of the fifth inning with a single, but the next batter fired a ball that went right to Pittsfield’s Abby Lummus at second and she fired back to first for the momentum-killing double play.

“We didn’t give up and we hit the ball hard, it was just like the first game [against Pittsfield],” said Jaclyn Candelet, coach of Taconic softball. “We hit the ball hard, but it was right at people. They tracked some balls in the outfield and Jordyn made a great play on a ball back to her. They made the plays they had to make and we couldn’t find any of the holes.”

Bazinet didn’t record a walk or strikeout, but the junior and her defense held Taconic to two hits in the win.

“We’re playing for one another and not just ourselves,” Alfonso said of the team’s mentality with the Western Mass. tournament slated to begin next week.

Pittsfield has five days off before playing its final regular season game at Lenox on June 14. Taconic’s last game, unless Tuesday’s rainout against Mount Greylock is made up, will also be against the Millionaires.

The Green and Gold will travel to Lenox on Thursday and first pitch is scheduled for 4:30 p.m.