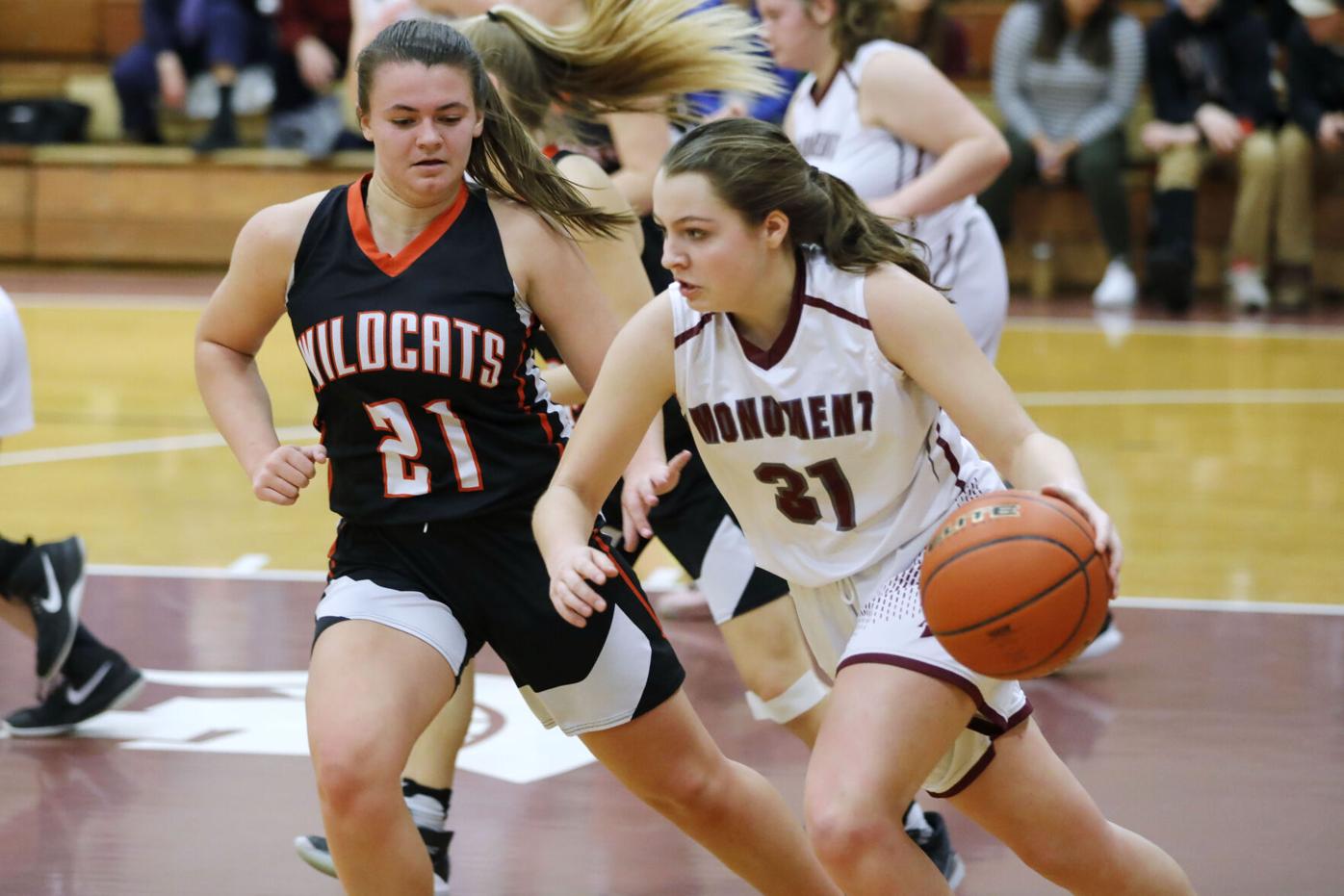 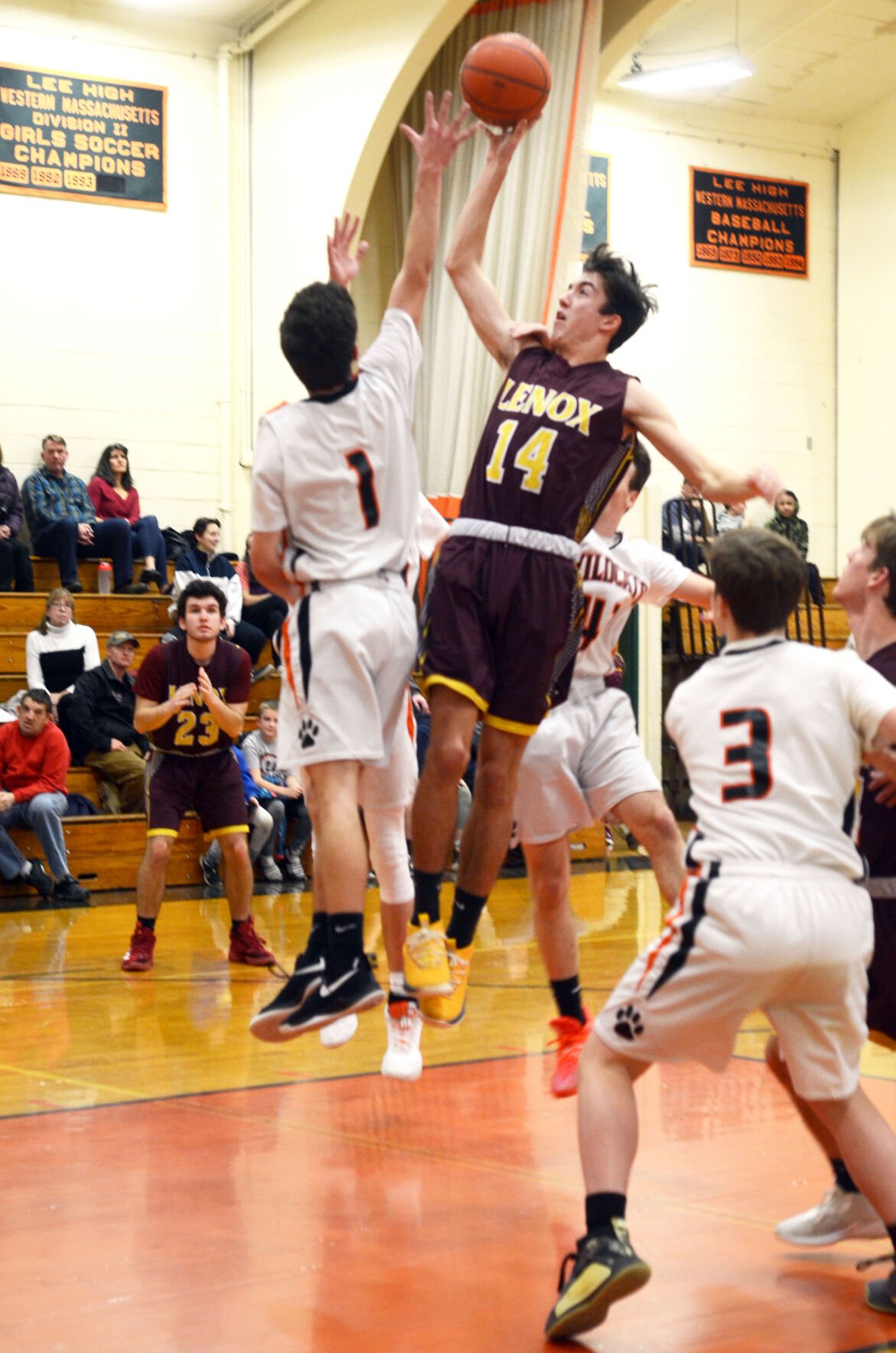 EAGLE FILE PHOTO Lenox’s Luke Patella goes up against Lee’s Evan Heath during a game last season. If the MIAA Board of Directors advises on having a season this winter, the Berkshire County teams may only play in-league games.

EAGLE FILE PHOTO Lenox’s Luke Patella goes up against Lee’s Evan Heath during a game last season. If the MIAA Board of Directors advises on having a season this winter, the Berkshire County teams may only play in-league games.

The winter season for high school athletics is scheduled to start on Nov. 30. At least, that was the goal of the Massachusetts Interscholastic Athletic Association’s Board of Directors, when it met back on Oct. 29.

All week long, the various winter sports committees met with the MIAA’s Sports Medicine Committee to discuss modifications in how sports will be played. Those modifications, while not yet announced, could be similar to modifications in fall sports like soccer. In soccer for example, players were not allowed to head balls, corner kicks could not be booted into the box, and in-game penalty kicks were to be treated like shootout penalty kicks, with no rebounds allowed.

The Sports Medicine Committee then brought the modifications to the MIAA’s COVID-19 Task Force, which will present any and all recommendations to the Board of Directors.

Of course, even if the Board approves any and all modifications for winter sports competition, there is no guarantee that there will be games. Final decisions will sit with local school boards and administrations.

While athletes, coaches, parents, athletic directors and school administrations await any decisions by the Board of Directors, some high schools are adjusting their plans.

The MIAA Board had approved a winter sports season that would start on Nov. 30 and end no later than Feb. 21. But the Pioneer Valley Interscholastic Athletic Conference (PVIAC) has announced it won’t start winter sports until Jan. 4.

“As a group, we have decided to go ahead with winter athletics, with each school board giving the OK for their particular school to compete,” the PVIAC Executive Board wrote in a statement.

It is possible that the county’s schools will make a similar decision, but it would be up to the local schools.

Under the assumption that there will be a winter sports season, it has been made clear that Berkshire teams will not travel outside of the county to play games. In addition, the Massachusetts Executive Office of Energy and Environmental Affairs — in a series of recommendations published back on Nov. 6 — recommends that teams stay within the Massachusetts border.

“Out-of-state travel for recreational play, competitive training sessions, practices, competitions or any other type of sporting event (“Sport Event”) is strongly discouraged as traveling may increase the chances of exposing players, coaches, and others to COVID-19 or unknowingly spreading it to others,” are part of the EEA guidelines.

That would impact swimming and Nordic Skiing. Mount Anthony (Vt.), Hudson (N.Y.), New Lebanon (N.Y.) and Taconic Hills (N.Y.) all swim in the Berkshire County League, and would not be able to come across the border to compete. Those teams could run “virtual” meets, where teams swim in their own pools and times are compared to determine winners.

The Berkshire League in Nordic has the Mohawk Trail and Amherst girls and the Amherst boys competing. Whether those schools would come to Berkshire County is unknown. The league would not, however, be able to ski at Prospect Mountain in Vermont unless regulations change.

Of course, the skiing seasons won’t actually start until there is enough snow to race on.

High school hockey, as has been previously reported, will not compete in 2020-21. Basketball, as of now, is still a go.

But if Berkshire County teams don’t travel beyond the county lines, a regular season could begin in January.

If the Berkshire League’s teams play a round-robin schedule, it would be a 13-game season. North and South Division teams would play their divisional foes twice and play one crossover game with each team in the other division.

Using the PVIAC start date, for example, teams could practice the week of Jan. 4-10, and begin games on Jan. 11. County hoop teams could play half of their schedule in January and half in February, ending by Feb. 21.

Of course, all of this is dependent on what the MIAA Board of Directors, and subsequently the school committees decide.