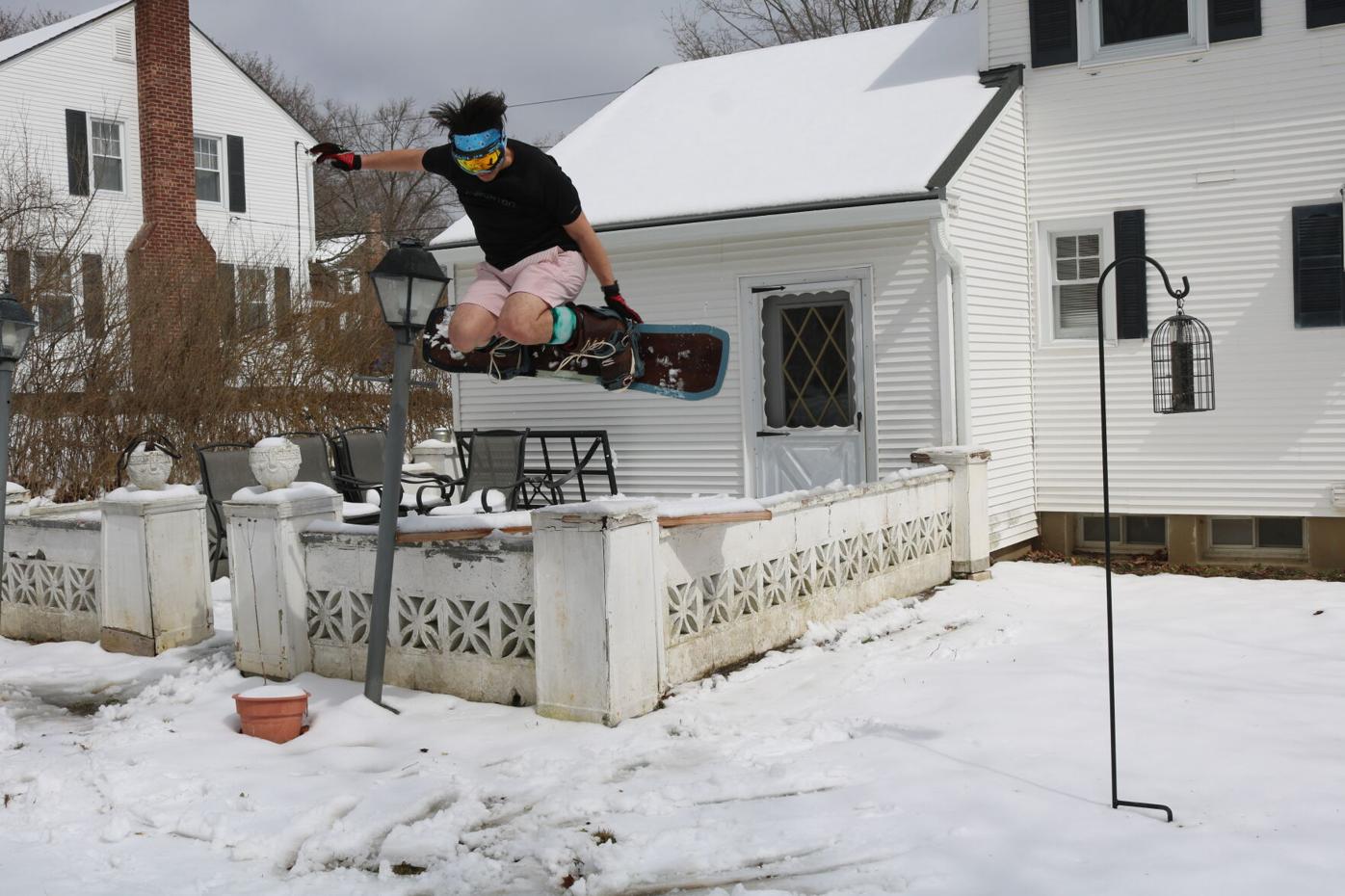 Powder Report columnist Mike Walsh is all about getting creative with socially-distanced shredding during the pandemic. 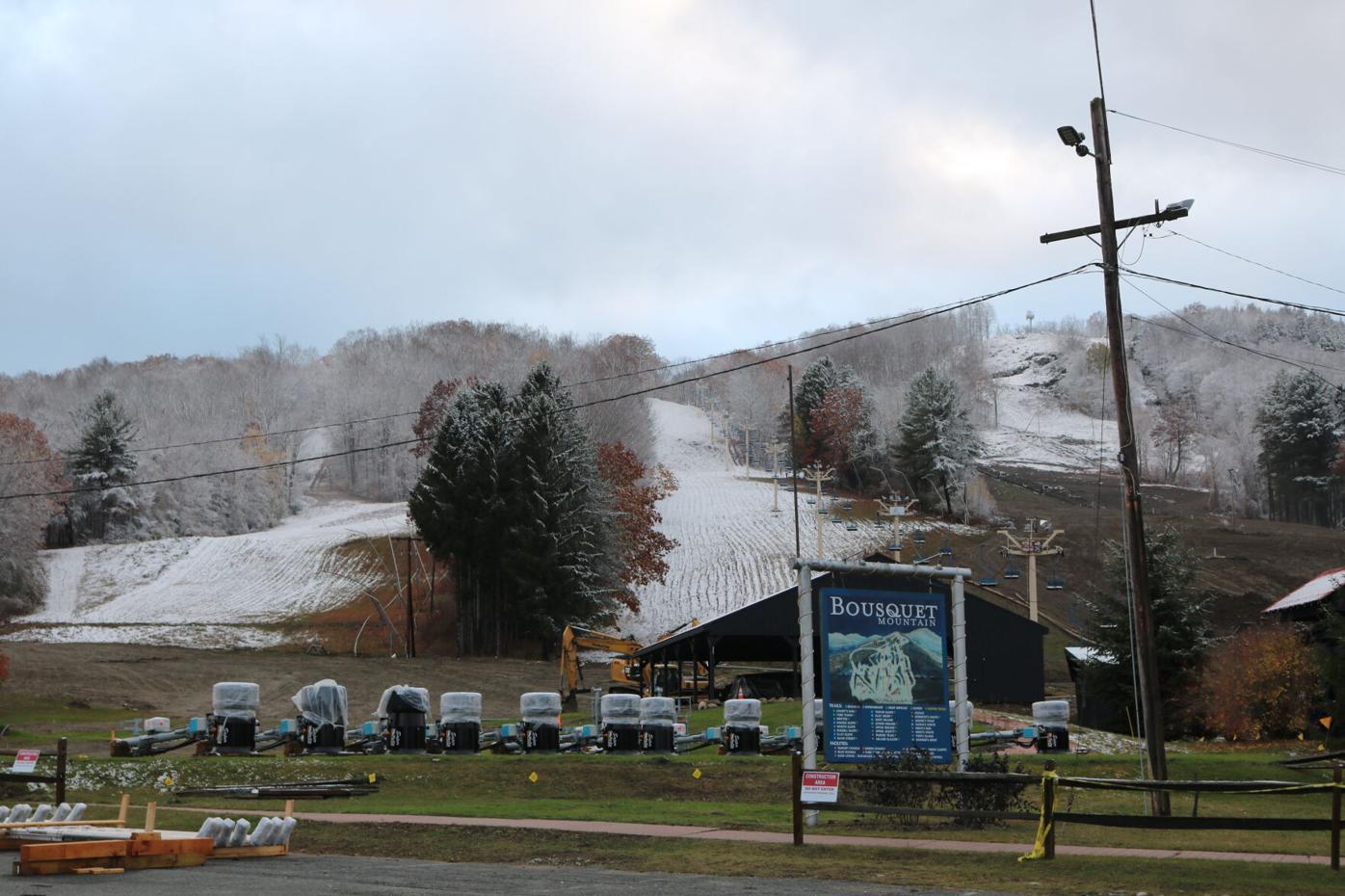 Bousquet got a light dusting of snow on Friday, signaling a potential early start to the coming skiing and riding season in Berkshire County. 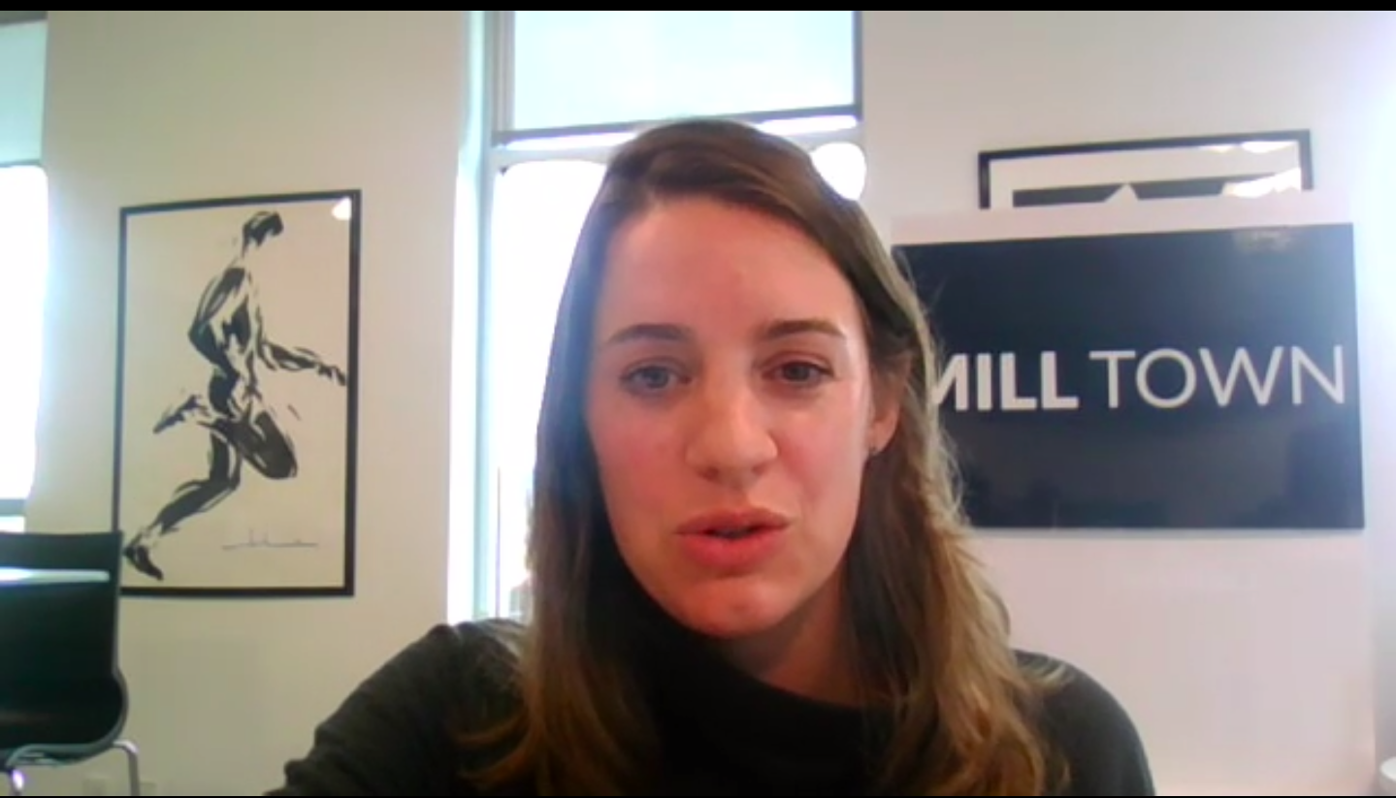 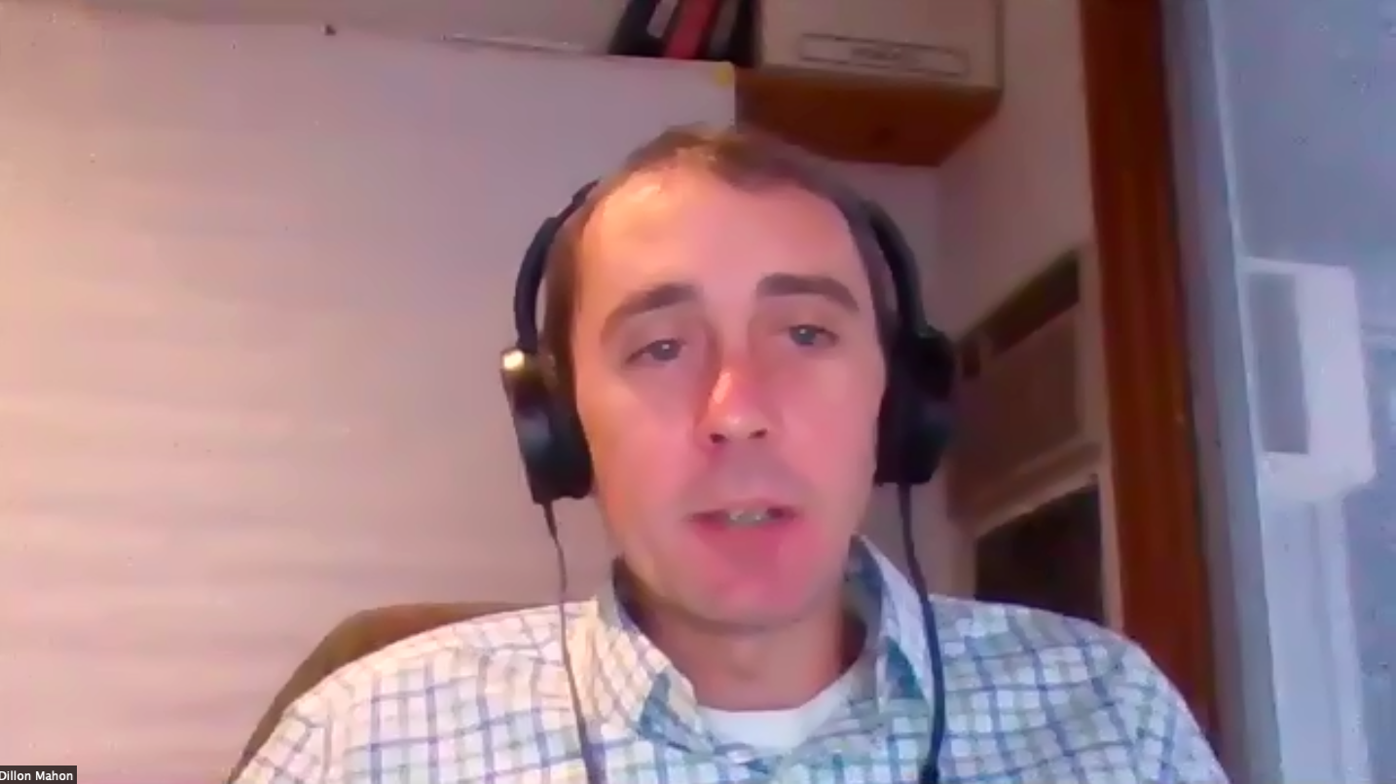 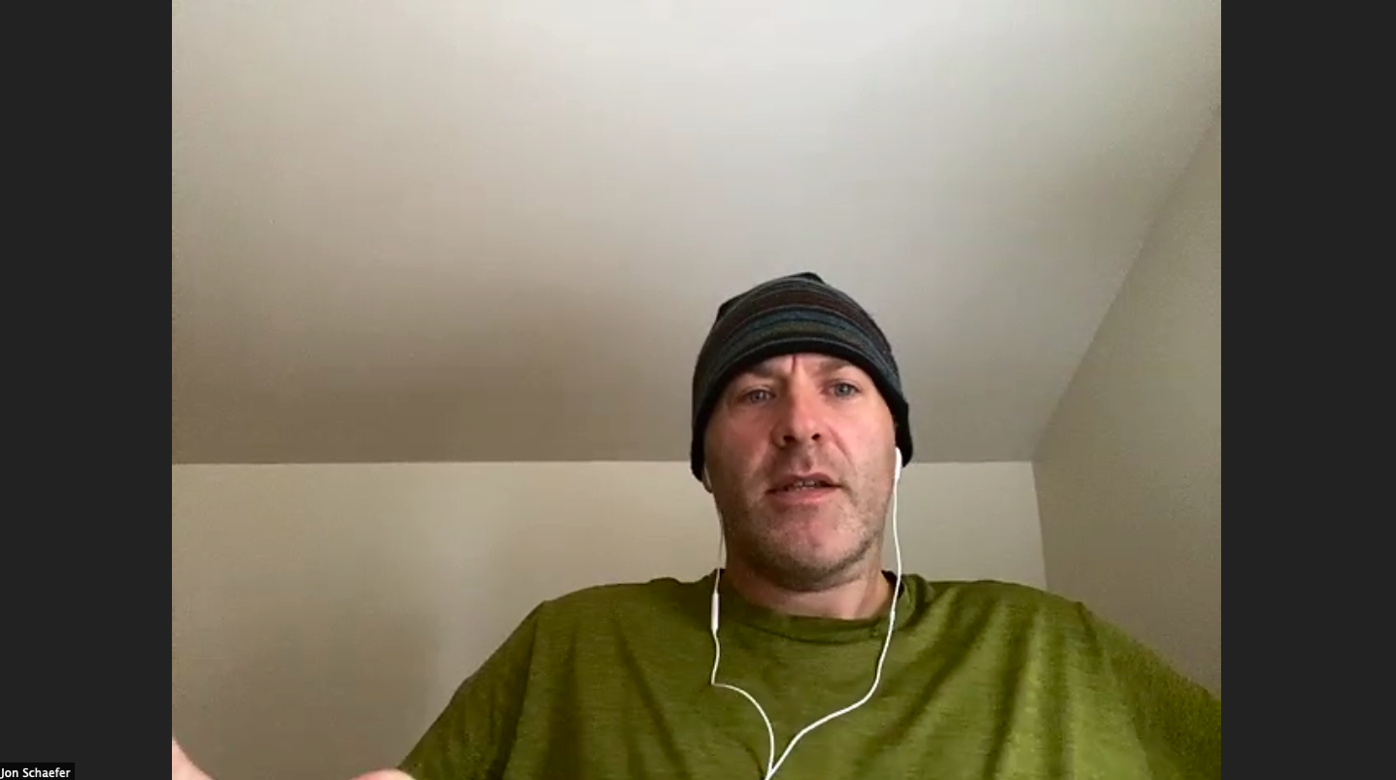 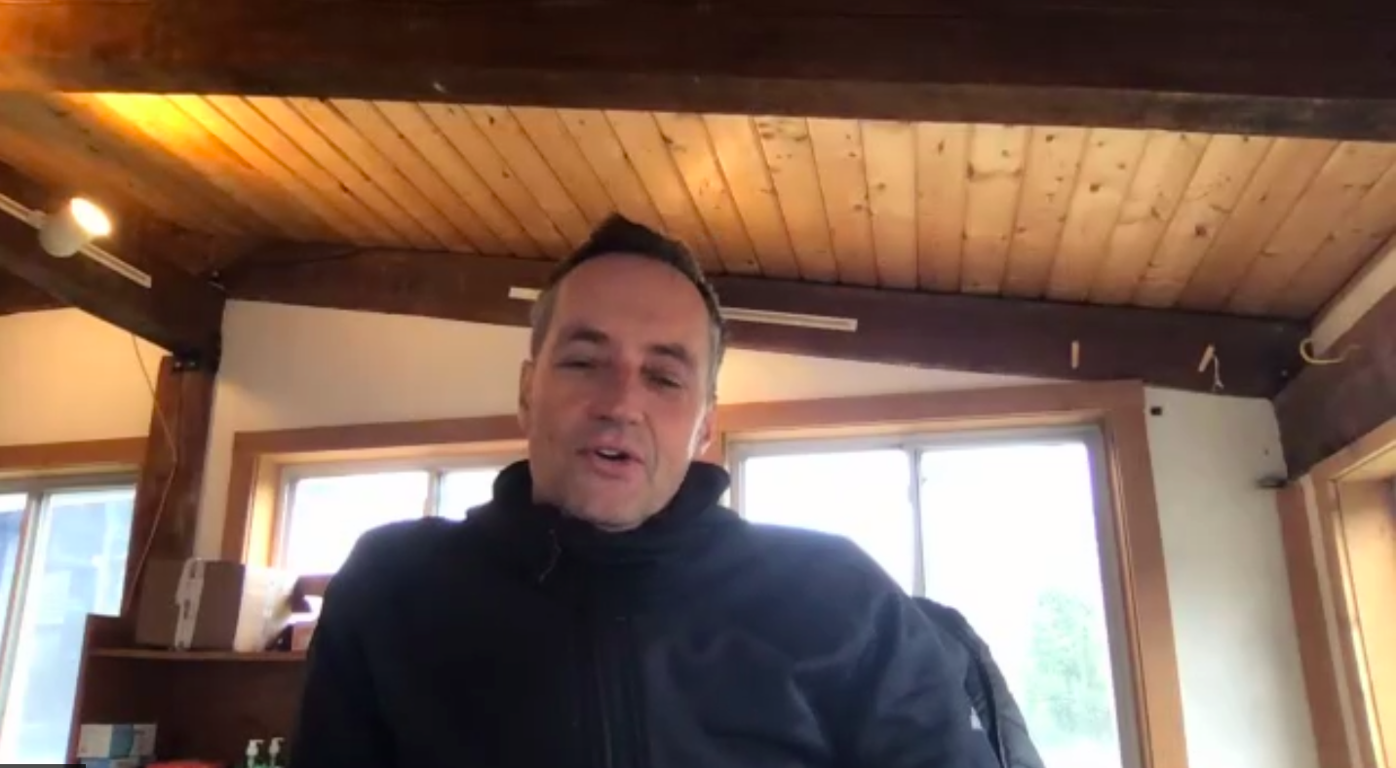 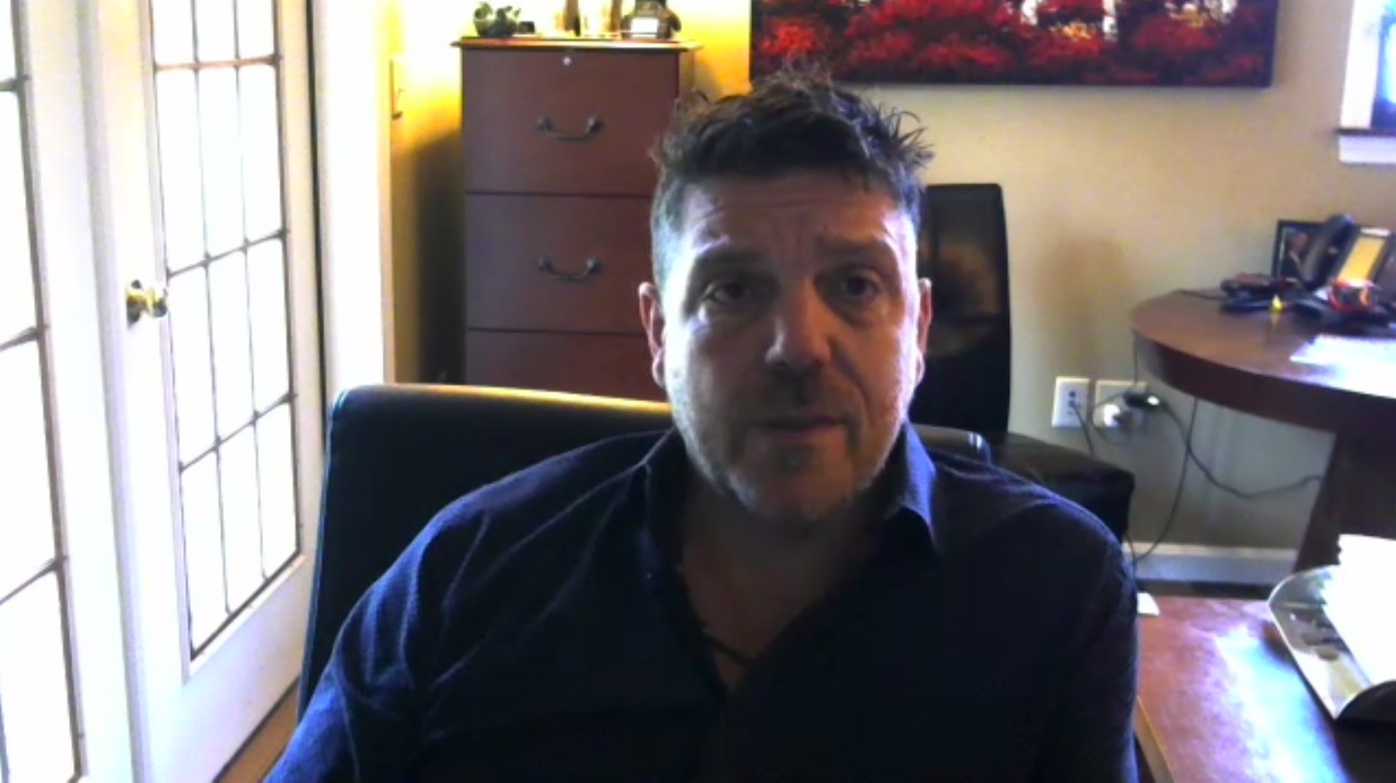 Powder Report columnist Mike Walsh is all about getting creative with socially-distanced shredding during the pandemic.

Bousquet got a light dusting of snow on Friday, signaling a potential early start to the coming skiing and riding season in Berkshire County.

But, snow! What light through yonder window breaks?

It is the Powder Report, and winter is the sun.

Who is already sick and pale with grief.

Welcome back, frosty folks. It is good to see you once again. It appears Mother Nature heard our cries, for following a gray and rainy week in the midst of a mind-numbing pandemic, she saw fit to bless the Berkshires with a powdery dusting at the tail end of October.

As our friends at the Greylock Snow Day blog posted this week, “Welcome back, Old Man Winter.”

In truth, the Powder Report was set to return this Halloweekend regardless of Friday’s — pardon the charged expression — October surprise.

Earlier this week, Carrie Holland and Mill Town Capital, proud new parents of a currently-gestating Bousquet, called together a conclave of winter outdoor recreation specialists for a webinar Zoom conference to preview what is sure to be a strange ski season in the Berkshires and beyond.

Much of the more newsworthy aspects of that call can be digested in my story from Wednesday’s newspaper. However, what truly struck the shred zealot in me was the creativity and fortitude with which local mountains are forging ahead into the unknown coronavirus winter, on the precipice of which we apparently now stand.

Holland opened by introducing a panel of local ski area executives, including heavyweights Tyler Fairbank of Jiminy Peak and Jon Schaefer of Berkshire East and recently Catamount as well, along with fourth-year marketing director at Butternut, Dillon Mahon, and local winter newcomer Kevin McMillan, who was named general manager of Bousquet in August. McMillan was previously the longtime GM at Zoar Outdoor in Charlemont. We also heard from Larry Lane of The Arcadian Shop and Jaryn Pierson of Berkshire Bike and Board on a booming outdoor retail season this summer and fall.

Ski Butternut is in the midst of what this year they’re calling a Concierge Clearance Sale, so to start, I’ll just let Mahon take it away.

“We’ve looked into it all, fog machines, sanitizers, plexiglass,” he responded to a question about about visiting the mountain during COVID. “We have our shop sale open, and it looks a little different. It’s reservation only, so we’re not inundated, and we’ve implemented a lot of different pieces. If you try on clothes, they’re racked for 24 hours and steam-cleaned before being put back out. Ski goggles, we’re just asking people not to try them on. We’ve got shower sheets in between where the boot fitter and customer is trying on boots. You’ve got to put on a shower cap before trying on a helmet, plastic gloves before trying on gloves.

“You’d think people would be put off by all these additional rules, but people have been entirely receptive, and thankful that we’re taking those extra precautions and still having the shop sale.”

Wildfires, murder hornets and shower curtains and caps at Ski Butternut. Welcome to 2020.

At Catamount and Berkshire East, Schaefer said the team learned a lot from the summer months operating their monster zip line. Schaefer, meanwhile, has been serving on boards and helping to write the guidelines that have been helping us all stay active and outdoors during the pandemic. He said for winter they’ve been taking a look at the operational standards currently being exercised in South America, New Zealand and Australia. That this is a sharing industry is something Mahon and the others touched on as well.

The Berkshire spots will also benefit from other American resorts opening in advance of us getting enough snow down in Western Massachusetts. Word is Killington is set to soft open on Thursday, and I highly recommend checking out their Instagram video of the snowmakers getting the Herb Brooks speech treatment.

One major concern many I’ve spoken to are having about the coming season is with buying season passes. And while both Schaefer and Fairbank said they’re pleased with how numbers are looking, the worry is what happens if COVID spikes in the area and mountains are forced to shut down.

“We’re asking people to commit to buying a season pass to ski all season,” Mahon said. “I think most of us have put in some type of a reassurance that if anything were to go awry; you want to ski, we want you to ski, and if anything happens, we’re going to make good on that purchase.”

It’s certainly a relief to know the mountains are on our side, and this is going to be a partnership with teamwork required from all angles to get through the coming winter without a massive yard sale.

There were more details discussed about bathroom capacities, box-office trailers for tickets, outdoor food distribution and how chairlifts will work — RIP to the singles lines. Fairbank said he’s expecting the state guidance to come down on around half-capacity for chairs, unless you’re presenting as a larger group which can then fill them up.

“Both the CDC and state department of health have issued guidelines that are very specific for staff safety,” said the Jiminy Peak owner. “We are really focused on making sure that we are, at a minimum, reaching those requirements, and in many instances going a little further.”

As Schaefer put it, “We’re working toward having as normal a season as possible, understanding that there are new innovations along the way.”

The juiciest topic entering this season is going to be Bousquet, and we’ll dive deeper into the upgrades and changes being made on Dan Fox Drive in a later edition, but McMillan had some enticing words on what to expect.

“It will certainly look different this year at Bousquet,” he said. “We have SOMA Catering doing our food and beverage. We’ll have a food truck on property, a bunch of cabanas set up around the area. A bar that will be serving from the lodge, outside.

“Our plan is to create like a marketplace around the outside area of the lodge. We’ll have s’mores and a hot chocolate area near the beginners lift, a firepit and bar, a pizza oven, barbecue pit. Trying to take this space and make memorable moments for folks, and then condense it a little bit… boot up, ski, have a drink, maybe grab something to eat, and leave.”

McMillan’s closing words echoed that sentiment on the special memories.

“We’re focused on creating some condensed, magic moments for folks. We’re looking forward to people coming to visit Bousquet and seeing all the new improvements that are here and enjoying the environment that we’ve created.”

The others gave skiers and riders in Berkshire County exactly what they wanted to hear.

Fairbank: “Everything Kevin said about making magic at Bousquet. We wish them all the luck. We all win, when Bousquet is creating magical moments for people, everyone in the Berkshires wins.

After everything this year has thrown at us. I’m ready to strap in my bindings and do some winning.

Until next time, keep your tips up, and stay spoice.

Mike Walsh is an urchin snowboarder who can be found in the local lift line or at mwalsh@berkshireeagle.com. On Twitter: @WalshWrites89.