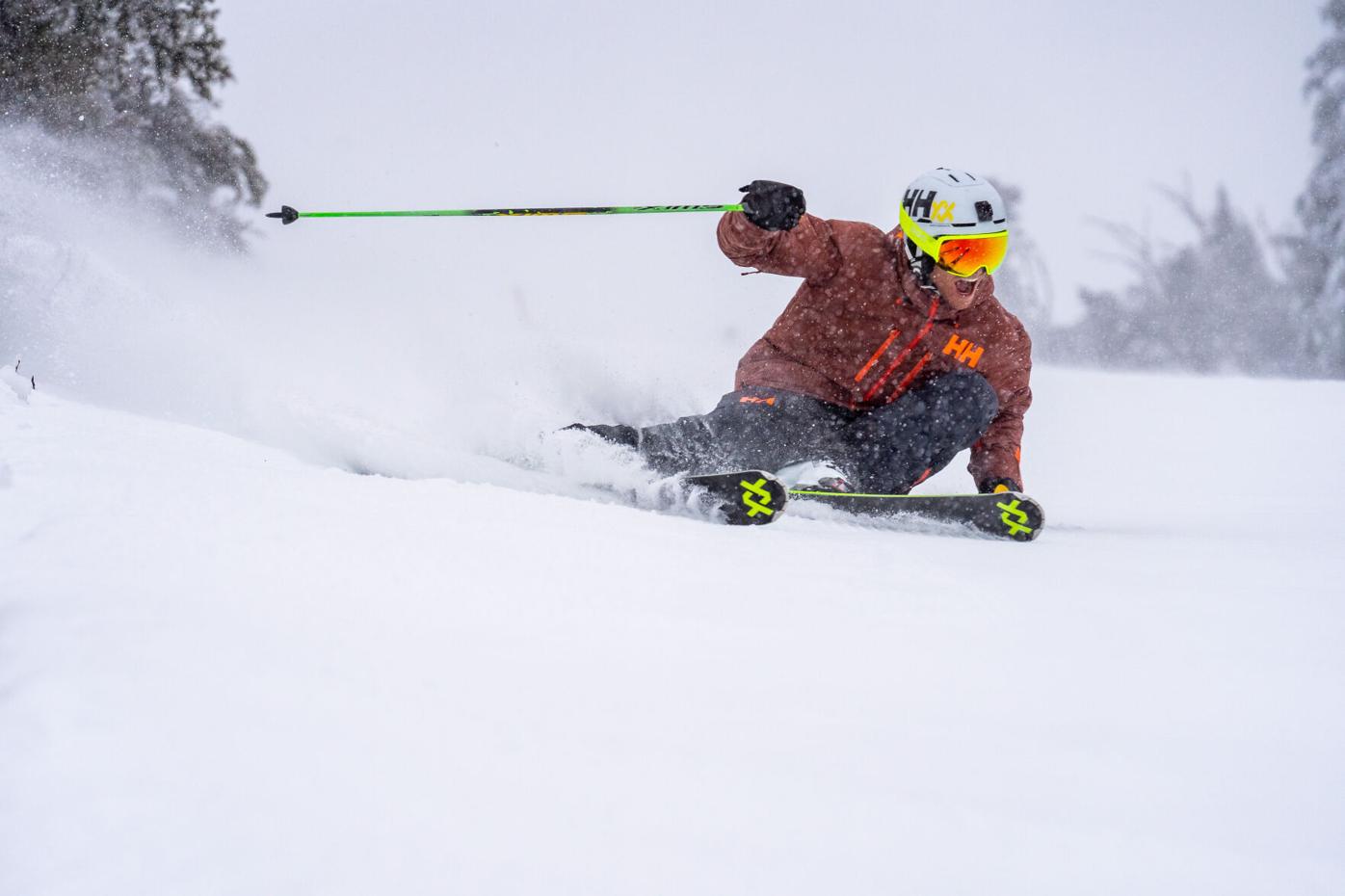 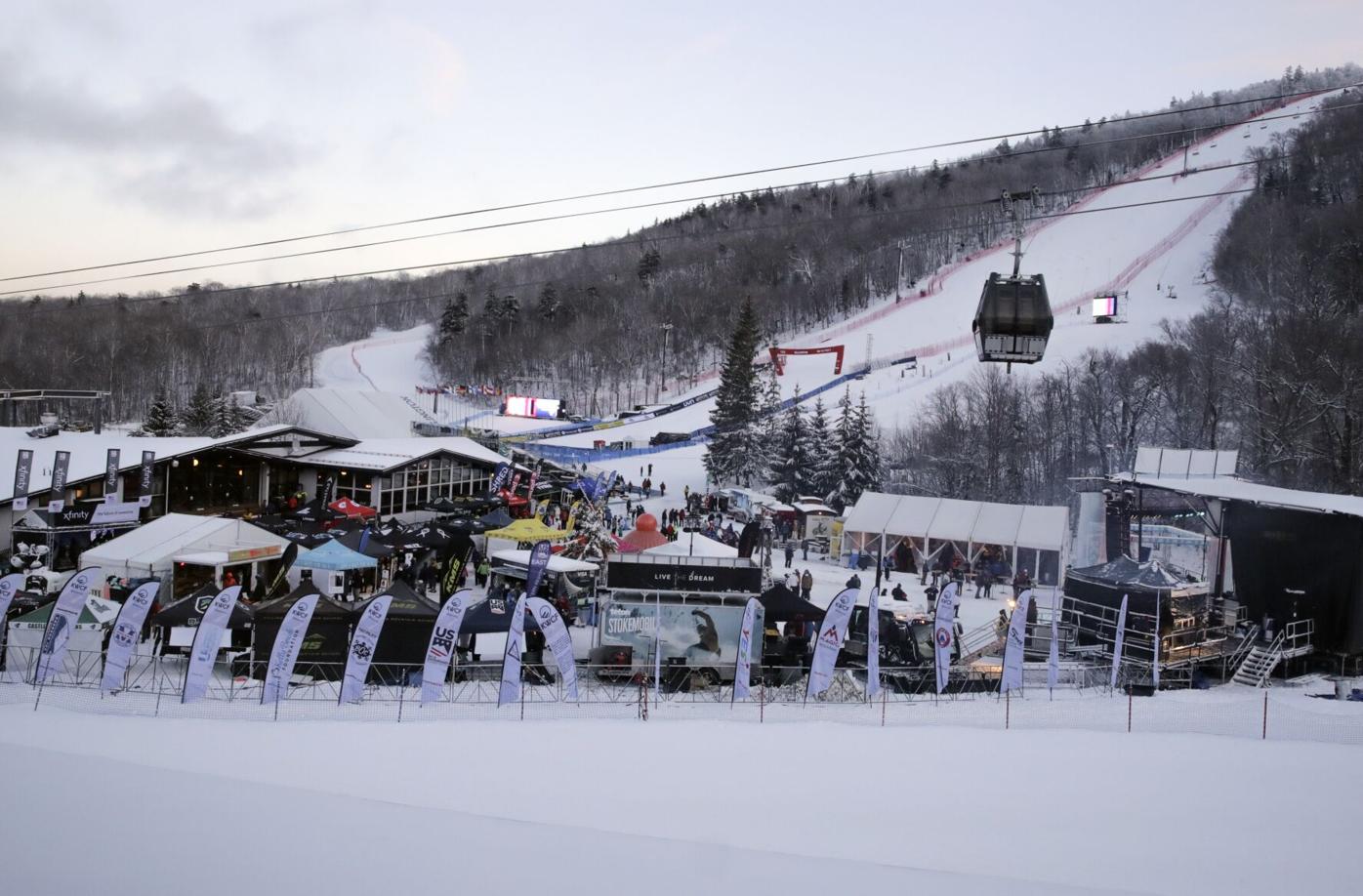 A view of the finish area prior to the start of the women’s World Cup slalom race in Killington, Vt., last year. The event was featured as a segment in Warren Miller Entertainment’s new film, “Future Retro.” 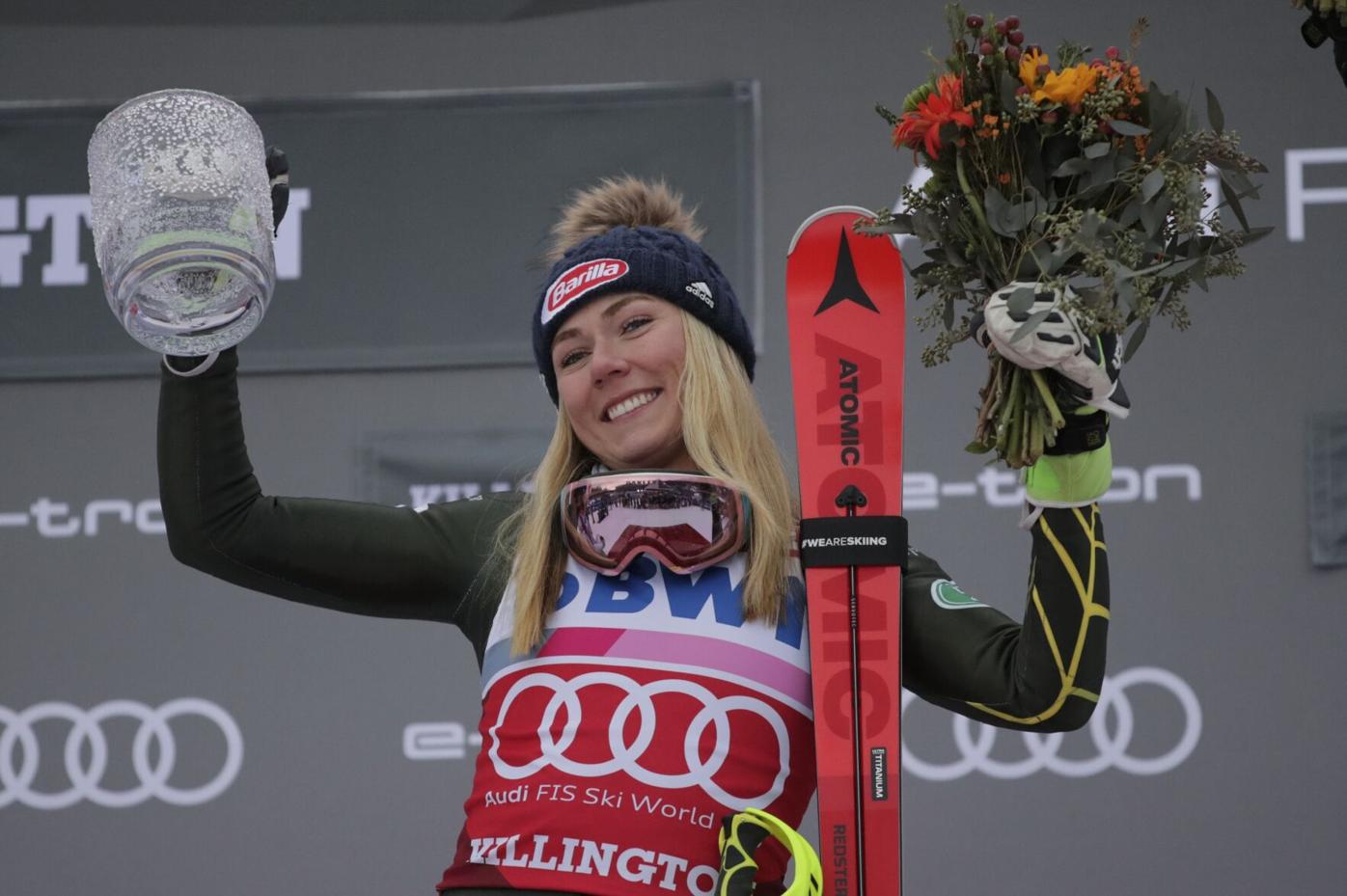 A view of the finish area prior to the start of the women’s World Cup slalom race in Killington, Vt., last year. The event was featured as a segment in Warren Miller Entertainment’s new film, “Future Retro.”

One winter, probably 15 years ago, my older brother and I departed our home in central Massachusetts with cocoa in a thermos and skis in the trunk, and pointed north toward Killington.

Somewhere along the journey in Vermont, we made a wrong — or possibly right — turn and got stuck trying to ascend an ice-covered hill in an old Subaru Outback. We got out and walked ahead for a bit to see if the terrain evened out, but eventually figured it best to backtrack and ask for directions.

As I tuned in last weekend to the East Coast virtual premiere of Warren Miller Entertainment’s “Future Retro,” I thought there no better anecdote to celebrate the start of what could be a frustrating ski season.

While he and I didn’t meet anyone quite like the two elder gentlemen Jim Ryan and Kaylin Richardson come across in the opening scene from “Future Retro,” it’s a classic case of traveling through New England back roads in the days of Mapquest printouts and no smartphones.

Ryan, a Rutland, Vt. native, was in a green room in Colorado with some of the folks from WME early last November when the subject of the World Cup at Killington came up.

“They let slip that they were thinking about Vermont, going to Killington for the World Cup,” Ryan remembers. “And I just said, you have to let me do that one.”

His previous two films with WME had taken him to Alaska and British Columbia, but this was an opportunity to go home.

Now back in his current home in Jackson Hole, Wyo., Ryan got a few friends together to watch the virtual premiere, which was hosted by Jonny Mosely and had three iterations for the east, central and western United States fans. And when the film opened on Ryan and Richardson in an SUV struggling to navigate to Killington, his gear room erupted.

“I was pumped,” said Ryan. “That is a really coveted spot, and I was excited. I was really happy with how it turned out.”

He said credit for the setup went to Tom Day and the producers, though he may have had a hand in some of the local casting, which included the father of a childhood friend playing a deep New England lumberjack who said things like “You can’t get there from here,” and a Warren Miller favorite: “If you get to a fork in the road, take it.”

Richardson, a former Olympic ski racer from Minnesota, opened the film saying, “The nice thing about the East Coast is there’s all these little side roads and back roads. It’s so circuitous and charming, but if you have someplace to be — and World Cups tend to start on time — it gets a little disconcerting. You believe in your friend, this hometown hero, to get you there.”

To which Moseley’s narrator voiceover replies, “Kaylin, you should know a Vermont ski dude can’t be trusted.”

The idea of starting on Killington with a major ski film was jarring and when juxtaposed with later segments of the film in Switzerland, Iceland, Antarctica and Alaska, really grounded “Future Retro” before a winter that will really be hyper-locally focused because of the pandemic.

And while much of the filming in those other areas was affected by COVID-19, at least toward the tail-end of last ski season, the trip to Vermont took place in tandem with the World Cup in November. And what the producers were able to accomplish was quintessential New England.

On the one hand, there was global superstar Mikaela Shiffrin, whose mother hails from Lanesborough in the Berkshires, winning her fourth Killington World Cup slalom race in front of 20,000 screaming fans, among which were Ryan and Richardson.

“It’s pretty wild, especially coming from a ski racing background,” Ryan noted of the World Cup when we spoke on the phone this week. “It’s like a reunion, and a party and also a really cool spectator event.

“I hosted a little premiere in my gear room out here, and Mikaela came on and I was just trying to explain her to some friends. I remember telling them, ‘that right there is the best athlete in America right now.’ Watching her, you get goosebumps and I find myself straying into kind of superhero verbiage, because no one can do what she is doing.”

But then, on the other hand, “Future Retro” spent even more time crisscrossing coverage of Ryan and Richardson shredding The Beast, with tales from Killington’s local snowmakers (“East Coast powder,” as Ryan calls it) and a local woman named Sharon Mitchell.

Mitchell is a member of Killington’s elusive 100 Day Club. She works at a local restaurant and spends most of her winter days skiing after dropping her young daughter off at Killington Mountain School. It gave viewers a true taste of what Killington has to offer from the most elite athletes, to the ski bums after Warren Miller’s own heart.

“Hanging with Sharon for the week, it was exactly what I imagined,” Ryan told me.

And that appears to have really affected Ryan, whose new project is called “In Plain Sight.” It’s a film series that showcases inbound skiers, tearing up groomers and bumps on resort snow, all in view of folks on the chairlift.

“I wanted to show good skiers in environments that every skier can relate to,” he said. “Taking a helicopter to a mountain in Alaska, that’s not super relatable, but you see a pro shredding bumps, that’s what I know, fun you can see yourself doing.”

In “Future Retro,” the segment closes with him saying to camera, “Being a skier in Vermont means that you’re just having a good time. I think that’s as hard core as you need to be here.

There truly is no better start to the winter season than grabbing a brew, taking inventory on your gear and queuing up the latest Warren Miller film. Beyond the opening dip to the middle of the Green Mountains, this one featured some truly insane stuff from heliskiing and surfing in one day to a trio of snowboarders — including X-Games gold medalist and Olympian Elena Hight — taking a ship to Antarctica to shred some untouched terrain. It also brought back some WME hall of famers in the Massachusetts-bred Egan brothers, Dan and John, along with Scott Schmidt and filmmaker Tom Day.

During the virtual red carpet before the premiere, Moseley was chatting with those four elder statesmen of the slopes, and Dan Egan had the quote of the movie.

Stay safe out there as opening weekends are among us. Shred it, don’t spread it, and as always…

Keep your tips up, and stay spoice.

Mike Walsh is an urchin snowboarder who can be reached in the local lift line, or at mwalsh@berkshireeagle.com.

“Being a skier in Vermont means that you’re just having a good time. I think that’s as hard core as you need to be here."