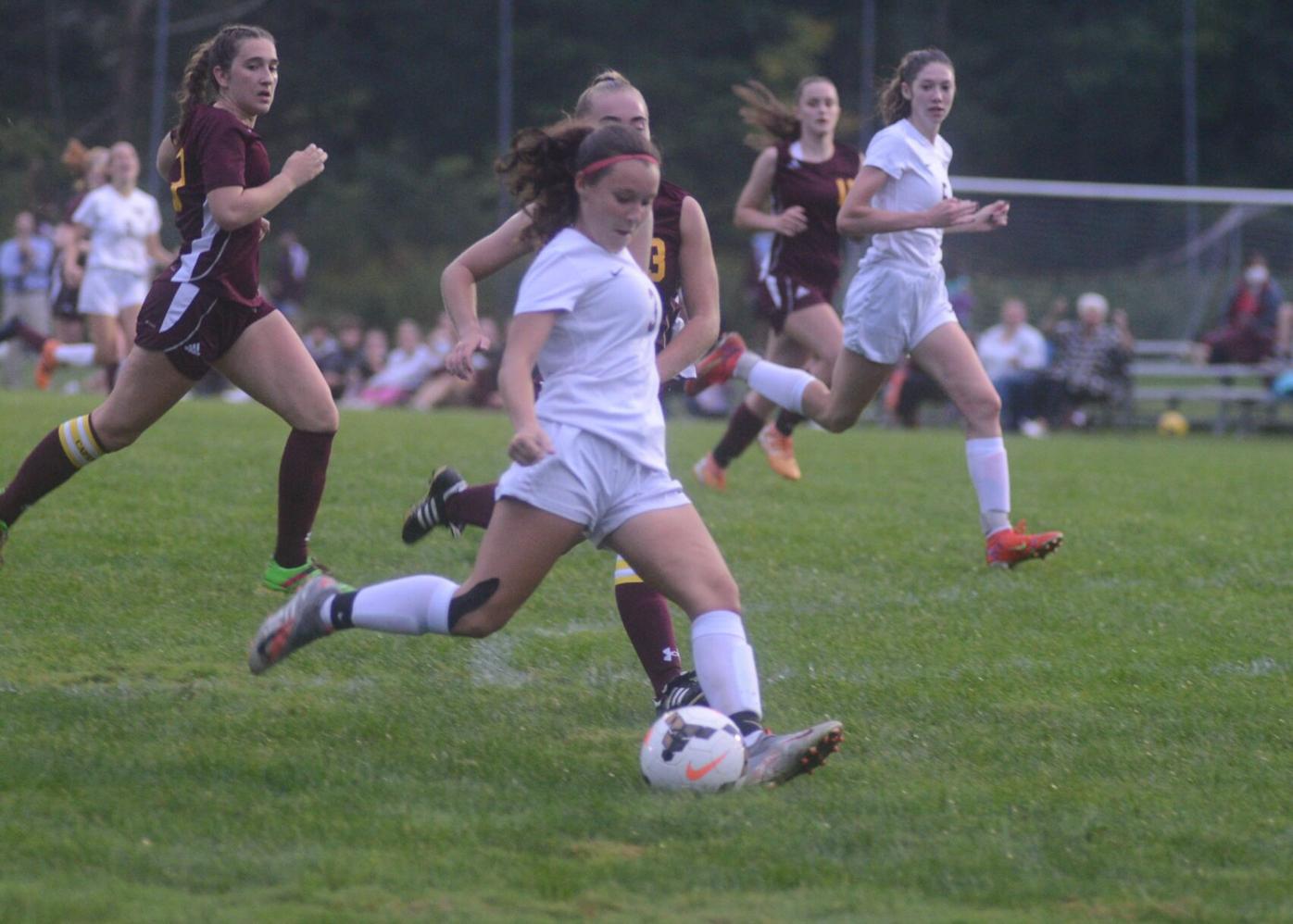 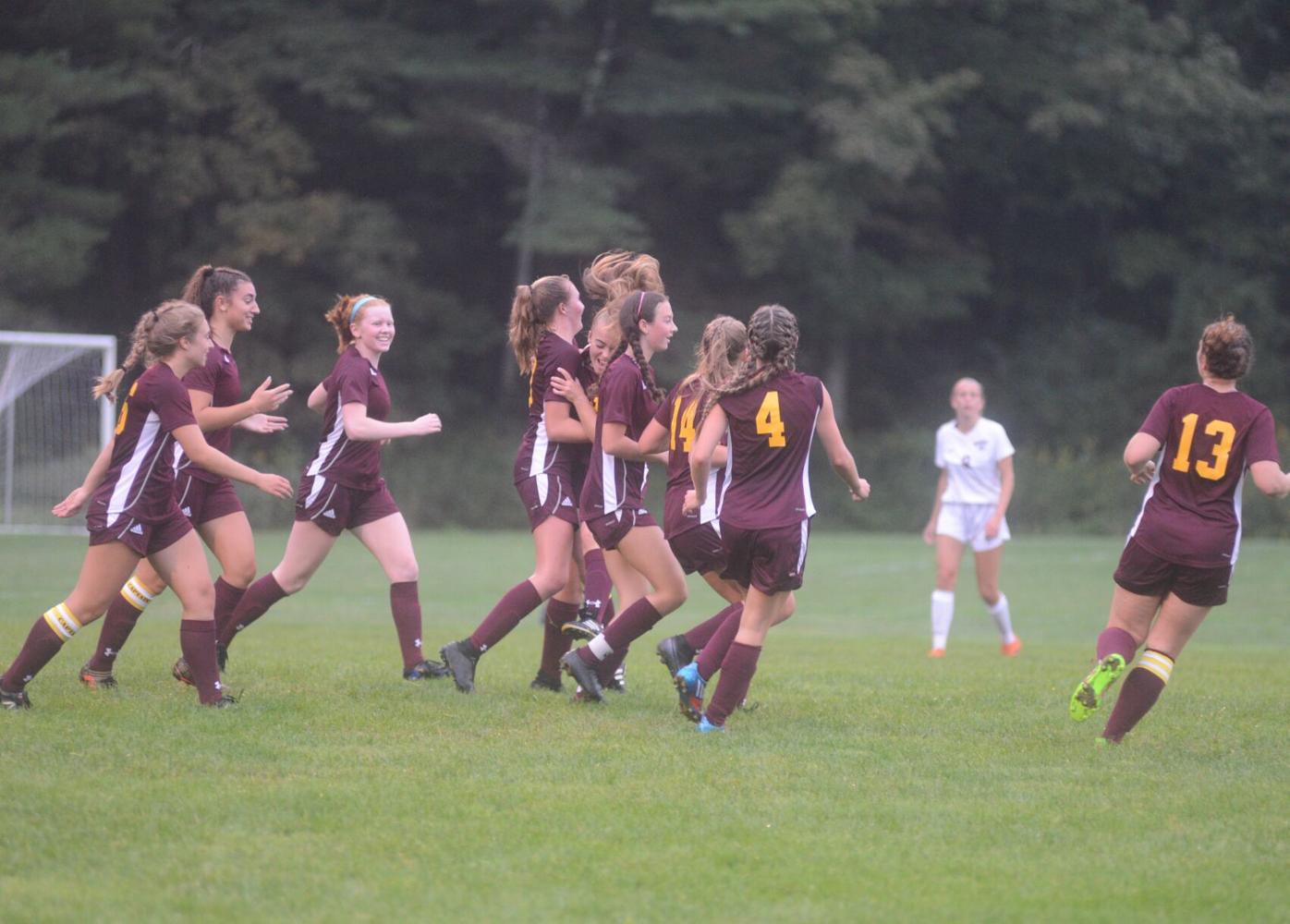 LENOX — The grass was heavy, the ball was slow and the Monument Mountain girls soccer team started its season on the right foot.

Abby Kinne’s second goal of the day came with four minutes remaining and it was enough to push the Spartans over the Millionaires with a 2-1 victory in Miguel Silva’s first game as coach of the Monument girls.

“All the credit goes to the girls,” said Silva, who previously worked with Black Rock Football club and was inducted into the Berkshire County Soccer Hall of Fame in 2014. “They put in the work and they put in the tactical plan, which was to keep possession and play our game — they pulled it off to perfection and showed character while doing it.” 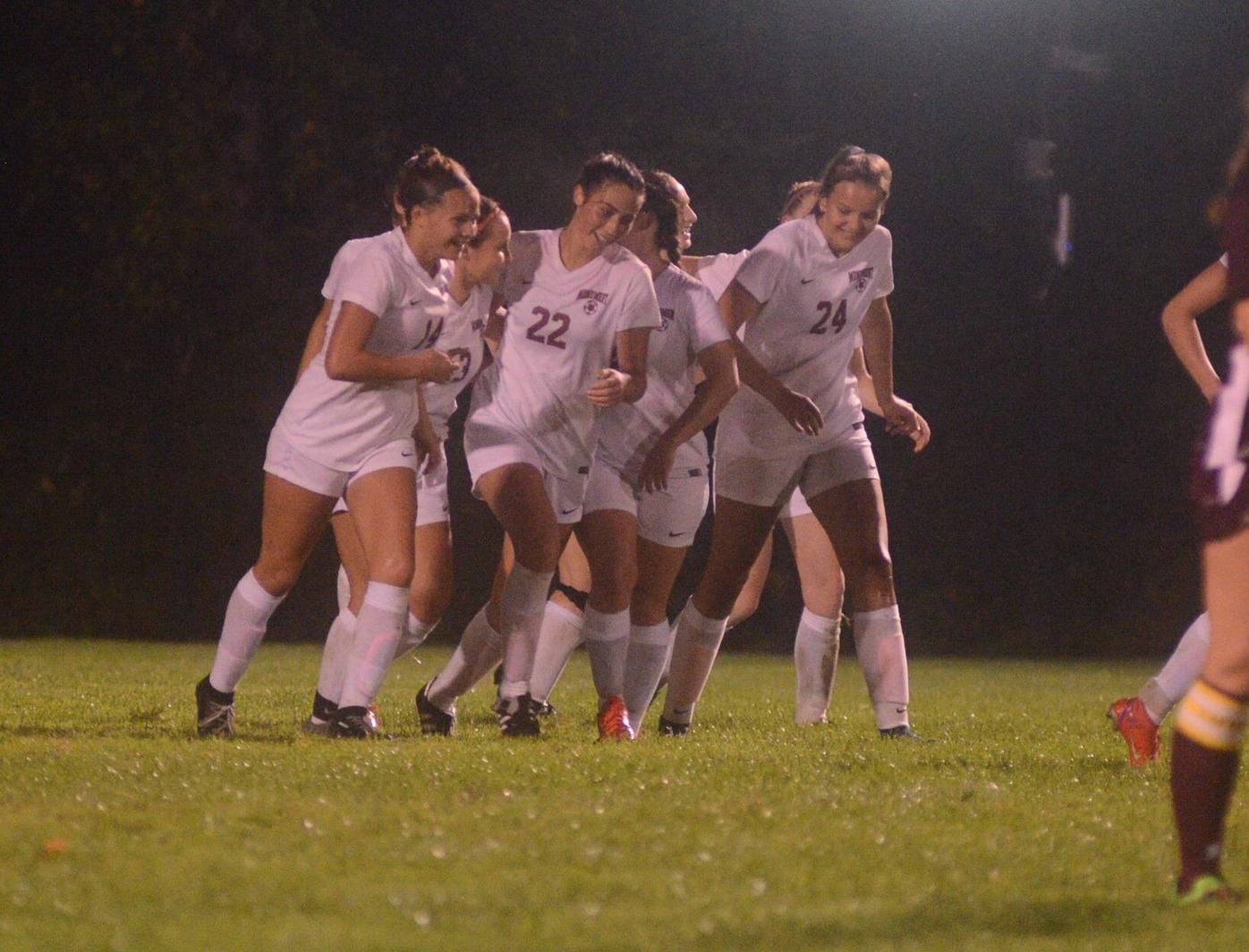 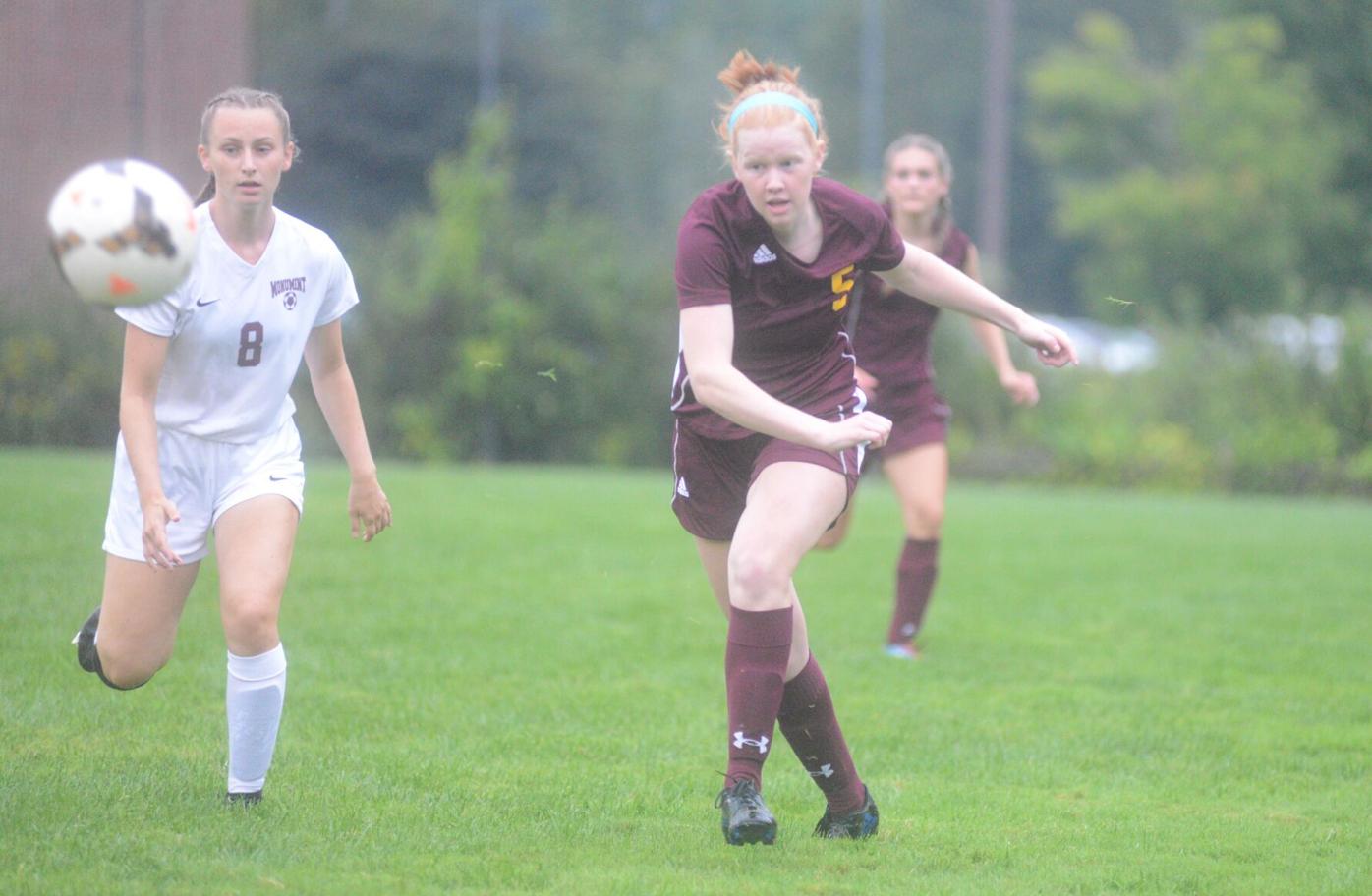 While Kinne’s day ended with two goals, it wasn’t necessarily an easy night for the junior. Ella Hall was an impenetrable force in the Lenox net — especially early on.

“I started playing varsity my freshman year and I think just being with this team has had such an impact,” Hall said. “As soon as I step into the field I am so comfortable because of this team.”

The Millionaire keeper hit the ground running, registering her first of nine saves in the match’s opening seconds. Later, Kinne fired her first shot roughly 20 minutes into the match, and it was met by a lunging Hall.

Not four minutes after that, Kinne rushed down the right side of the pitch and fired her second shot and again, Hall was equal to the task.

“I felt like I was never going to get one in,” Kinne said following the game. “It was a big relief when we got the first one. We knew we could win, we just had to keep pushing.”

It was the tale of two Abbys for Monument Mountain early in the second half. Senior Abby Dohoney found a breaking Kinne and suddenly, the score was knotted at one.

Each team threatened with less than 10 minutes left in regulation. Dohoney had a shot, but it was again halted by Hall. Three minutes later, the Millionaires had their chance to break the tie, but Emily Mead hit the deck and reeled in the ball. The match was decided when Marti Cunningham delivered the ball to Kinne, who left it in the back of the net.

Mead, a junior, finished with 10 saves — eight coming in the second half.

Lenox’s Aliza Munch scored the first goal of the season off an assist from Medeja Rudzinskaite 13 minutes into the game. A collective sigh came from the Millionaire bench after the ball left Munch’s foot. Originally, the ball seemed to be headed over the net, but after touching some clouds, the moonshot dropped in right over the keeper and right under the bar.

Munch was a consistent threat for the Millionaires with her ability to weave in and out of traffic. In fact, she created another open look for herself six minutes after the first goal, but the ball floated just over the top shelf.

The Millionaires began the year with a loss and according to Hall, Lenox will take in the loss tonight before moving on first thing tomorrow morning.

“I think to myself that every day is a new day,” Hall said. “The goal is to learn from the past, forget it and then wake up feeling good. Restart and think about the next game.”

Speaking of next game, Lenox will travel to Granby on Saturday for an 11 a.m. match. Meanwhile, Silva is looking forward to how the Spartans will build off the opening night win.

“We have some tough teams like Chicopee and Northampton down the road,” Silva said. “We need to keep being aggressive and remain calm even when things may not be going our way.”

Monument Mountain’s next game is Saturday at home against Mount Everett.

For tonight, though, a win to begin the season was followed with a jam session to “Levitating” by Dua Lipa on the bus and once back in Great Barrington, the celebration dinner may include Mozzarella sticks, according to Kinne.