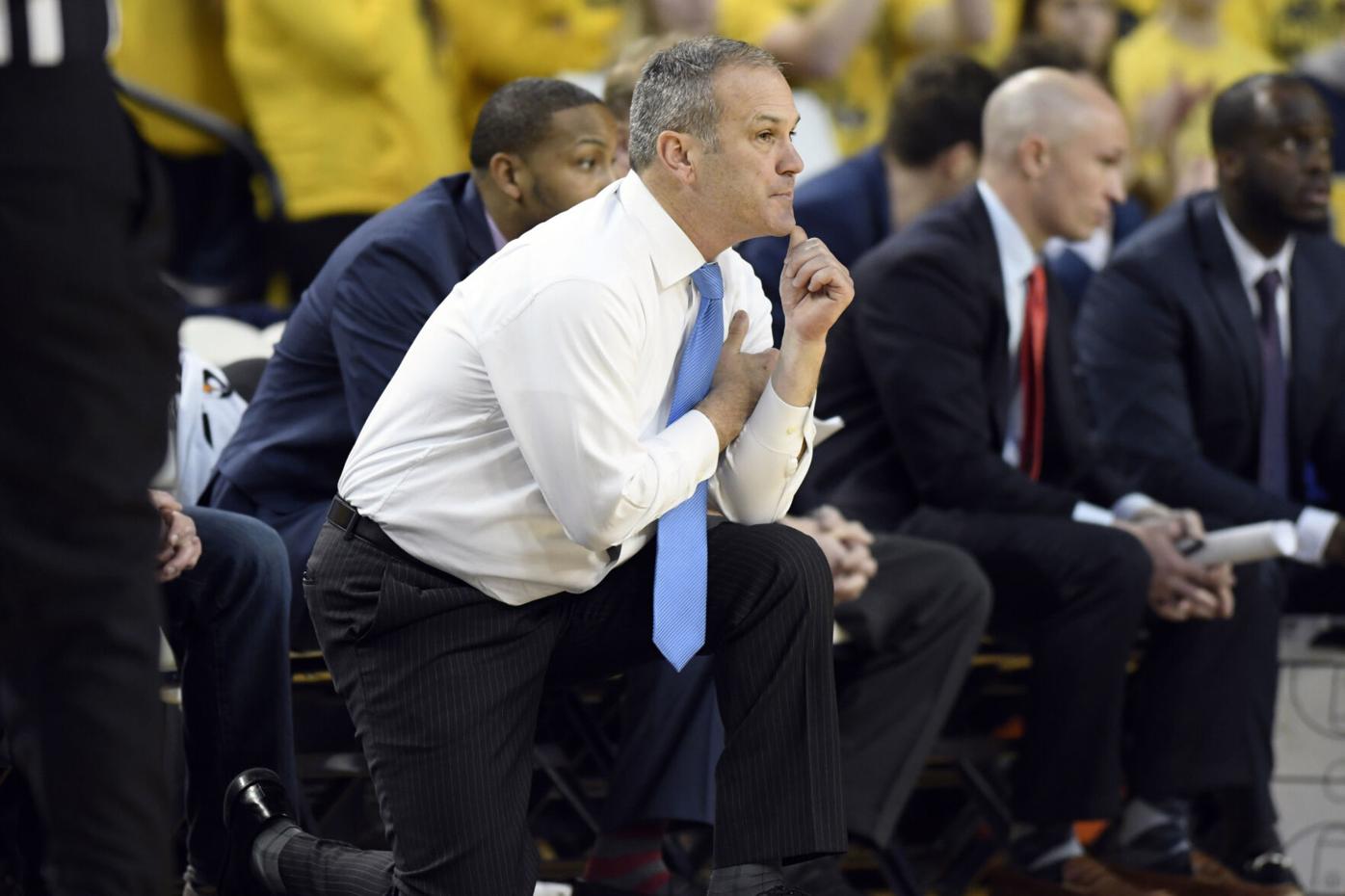 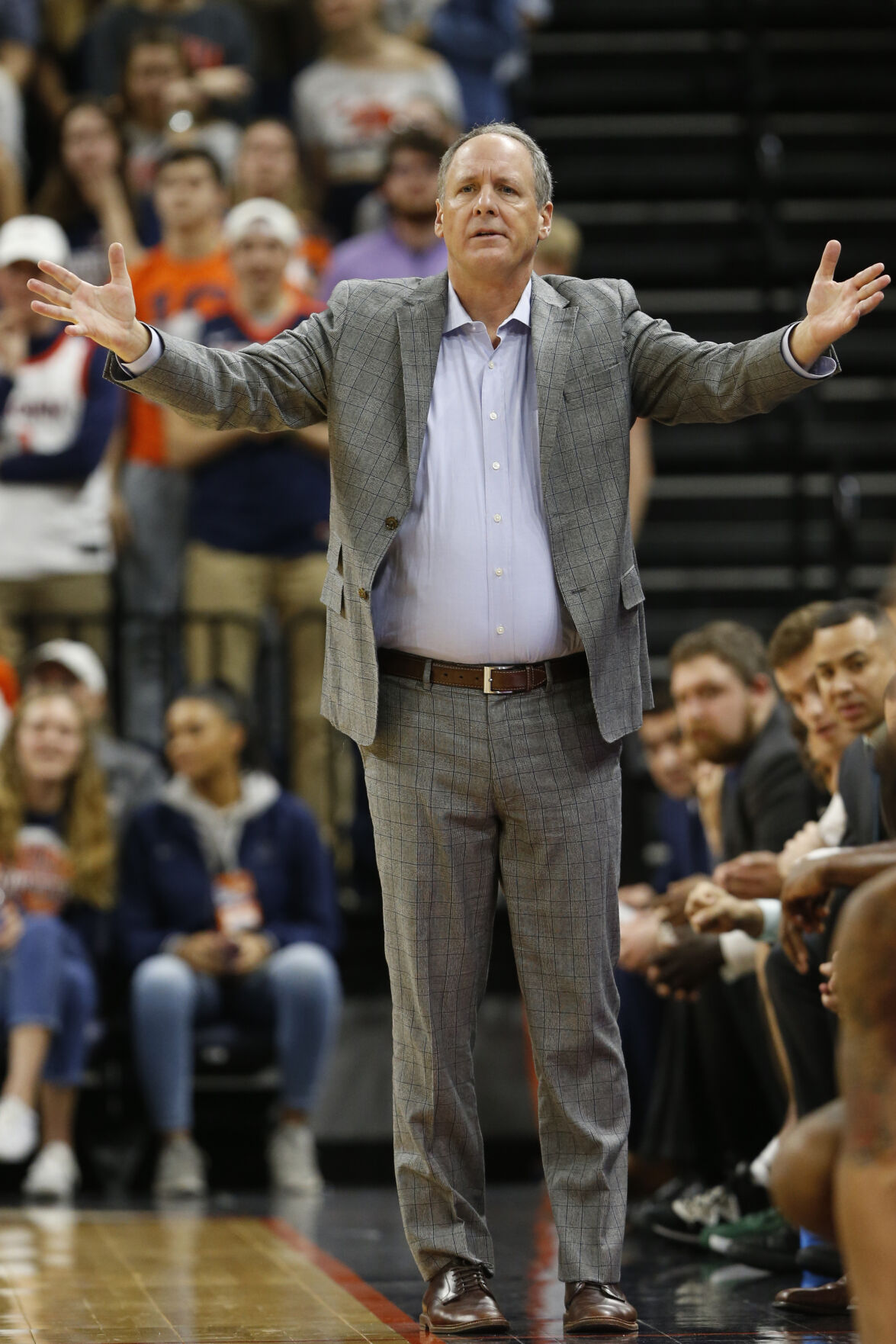 John Becker is Bailey Patella’s coach at the University of Vermont. Patella, Becker and the Catamounts are the No. 2 seeds in the America East Tournament.

A pair of Berkshire County college basketball players are ready to begin their long run toward Indianapolis and the NCAA Division I men’s basketball tournament.

The America East Conference announced its seeds on Sunday, and both Bailey Patella of the University of Vermont and UMass Lowell’s Bryce Daley, are ready to head down that yellow brick road.

Patella and the Catamounts are the No. 2 seed in the nine-team tournament field. With the No. 2 seed, Patella’s squad will not only receive a quarterfinal bye, but will get to host one of two semifinals.

The River Hawks of coach Pat Duquette, meanwhile, are the sixth seed in the tournament. Lowell will travel up to the University of New Hampshire to play in a bubble. UNH earned the third seed and gets to host the first round and the quarterfinal. On Saturday, Feb. 27, UMass Lowell will play seventh-seeded Stony Brook at 1 p.m. The winner of that game will turn around on Sunday and play UNH, also at 1 p.m.

It is the second consecutive year that UMass Lowell is a No. 6 seed. Last year, they lost to No. 2 seed Stony Brook 89-75 in the quarterfinals.

The America East championship game is on Saturday, March 13, at 11 a.m., on the court of the highest remaining seed. The winner earns an automatic berth into the NCAA Division I Tournament. This year’s tournament will be played in Indianapolis and its environs.

Lowell has yet to get out of the quarterfinal round in the tournament. In 2019, the fourth-seeded River Hawks lost to No. 5 Hartford 78-70. The year before, Lowell was seeded seventh and lost to No. 2 UMBC 89-77. That was the same UMBC team that won the America East title, got a No. 16 seed in the NCAA Tournament, and knocked off top-seeded Virginia in the first round. It was the only 16-over-1 game in the history of the Division I men’s tournament.

The No. 4 seed in the tournament is the University of Hartford, and the Hawks will host the other four teams in a quarterfinal bubble. Hartford will play ninth-seeded Binghamton on Feb. 27, at 2 p.m. the nightcap of that doubleheader will feature fifth-seed UAlbany and No. 8 seed NJIT. The winners will play Sunday at 3 p.m.

Duquette’s UMass Lowell team finished sixth in the 10-team America East Conference. Nine of the conference’s teams qualified for the tournament. Maine, meanwhile, had been on pause since Jan. 17, and elected a week ago to not complete its season.

UMass Lowell finished 8-11 and 7-8 in America East play. The River Hawks lost three of their last four games, including a pair of games to New Hampshire. That second loss came Saturday in the regular-season finale. The Wildcats beat the River Hawks 69-67 in Lowell.

Daley and the River Hawks will play the seventh-seeded Seawolves in the first game of the UNH pod. Stony Brook finished up 9-13 and 7-9. Coach Geno Ford is in his second year. Last year, he led his team to a 20-13 record and a spot in the America East semifinals.

The Seahawks did win both games against UMass Lowell. The teams played two games back at the end of December, with Stony Brook winning 73-58 and 71-64 on Dec. 27 and 28.

Patella’s Catamounts are the No. 2 seed, the first time they have not been the top-seed in the tournament since Stony Brook was in 2016. Vermont has won two of the previous three tournaments, in 2017 and 2019.

Vermont and top-seeded UMBC won’t find out who they will play in semifinals on March 6, until after the quarterfinal bubble rounds are completed. The conference announced that the field will reseed after the quarterfinals. One can assume that if Lowell gets out of its bubble, and the higher seeds win in Hartford, Lowell would head to Baltimore to play the top seeds.