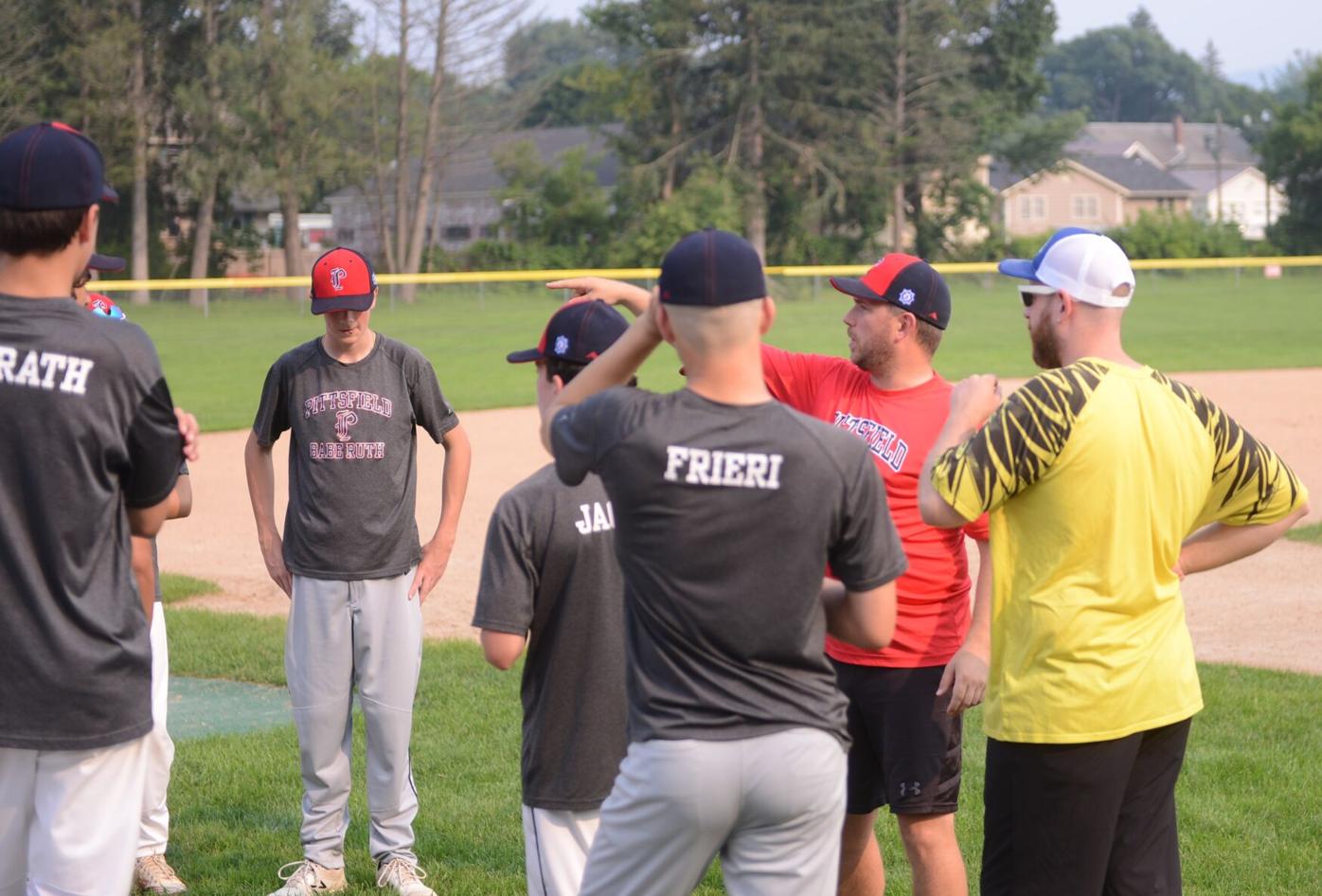 Coach Dusty Burdette instructs his players on the Pittsfield Babe Ruth All-Star 14s this week as they prepare for a trip to regionals in Rochester, N.H. 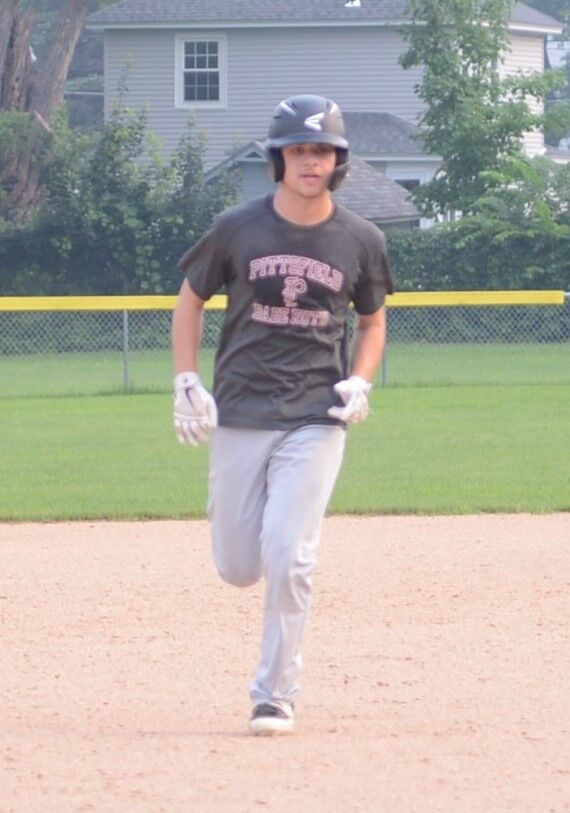 Anthony Frieri runs the bases at practice for the Pittsfield 14s.

PITTSFIELD — Twelve months ago, the members of the Pittsfield 14-year old Babe Ruth All-Star team could have been wrapping up the state tournament and perhaps packing for a New England Regional. Instead, the repercussions of the COVID-19 pandemic caused those summer plans to not happen.

If these All-Stars were old enough to drive, the 2020 season would be in their rearview mirrors.

“It means a lot to all of us,” Camden Zerbato said, when asked about going to the New England tournament. “We put in a lot of work this offseason. It’s a really good accomplishment for all of us.”

Zerbato and his teammates head for Rochester, N.H., and the New England Regional this weekend. Pittsfield will be one of eight teams that will make up two, four-team divisions. Pittsfield is in a division with the host city, with the Eastern Massachusetts champions from Maplewood/Fall River, and the Vermont champions from Franklin County in Swanton. Rochester is about 45 miles northeast of Manchester.

“It’s amazing,” said Zerbato, when asked about just being out playing. “It’s so much better than not playing baseball. Baseball’s the best.”

Pool play begins at, while not the crack of dawn, pretty early Friday. Pittsfield will play Rochester at 9 a.m., while the other two teams in Pool A will play at 5 p.m.

“I think it’s best to get it out of the way,” Pittsfield manager Dusty Burdette said of playing that first game. “We’re the first team, so we’re not sitting around waiting, getting complacent or nervous. We just go right into the gauntlet.”

On Saturday, Pittsfield will play Franklin County at 2:30 p.m., and will then play the final game in pool play against Maplewood/Fall River Sunday at 5.

“Last year, we got robbed of an All-Star season,” Roshan Warriar said. “To be going there, it’s fun. We all wanted to have an All-Star team last year.”

When pool play is completed, the top team in each pool gets a first-round bye. The second and third-place teams in each pool will play on Monday, July 26, with the winners of those games set to play the pool champs on Tuesday the 27th.

The two teams that survive the gauntlet will play on Wednesday, July 28, at 9:30 a.m., for the right to play in the 14-year-old Babe Ruth World Series, which will be played in Ottumwa, Iowa.

“After we had these guys last year on the travel team, I had a feeling that a lot of these guys would be on the All-Star team if we were able to have All-Stars this summer,” Burdette said, before his team scrimmaged the 13-year-old All-Stars at Deming Field earlier in the week. “Over the winter, I talked with the parents, the kids and the coaches, and we did a 12-week session, twice a week, at The Infield with Mike Massery. They’ve just been working non-stop.

“When we got to the house league, and I watched them on the other teams when we played against them, they were hitting better, throwing harder, pitching better. It shows they were ready to play. They proved that in the first two games against Westfield.”

Pittsfield beat Westfield two games to none, earning a trip to New Hampshire. In the first game, Warriar struck out seven in a two-hit, 1-0 shutout. Anthony Frieri gave up one hit and struck out five and had two hits and three runs batted in as Pittsfield eliminated Westfield 12-2 in the second game.

Burdette said a strength of the team is the chemistry that they have built from playing together for a long time. Defensively, the manager said they have been “lights out,” and committed one error in two games. He said that his team’s hitting is a work in progress, but Burdette said he’s confident they will come to the fore in Rochester.

“I think our mindset is pretty confident that we were going to the regionals,” Warriar said. “I think we all really want to go.”

Pittsfield and Westfield are like Butch and Sundance, Batman and Robin, the Falcon and the Winter Soldier — joined at the hip. When one thinks of youth baseball in this part of Massachusetts, the Pittsfield-Westfield rivalry is one of the first things anyone talks about.

But with Westfield part of 2021’s history, Burdette said that it ought to be exciting to play teams they aren’t particularly familiar with.

“I think it’s fun,” Burdette said. “It’s a challenge. If we would have played last year as 13’s, we [might] have seen those teams this year, and we would have said we remember them from last year. I told them, we know nothing about them, so we play every game as if they’re the best team in the tournament, and we just have to win. Play each inning by inning and each game by game, and just worry about the team we’re facing.

“There are always good teams in New England and they’re excited to take on the challenge.”