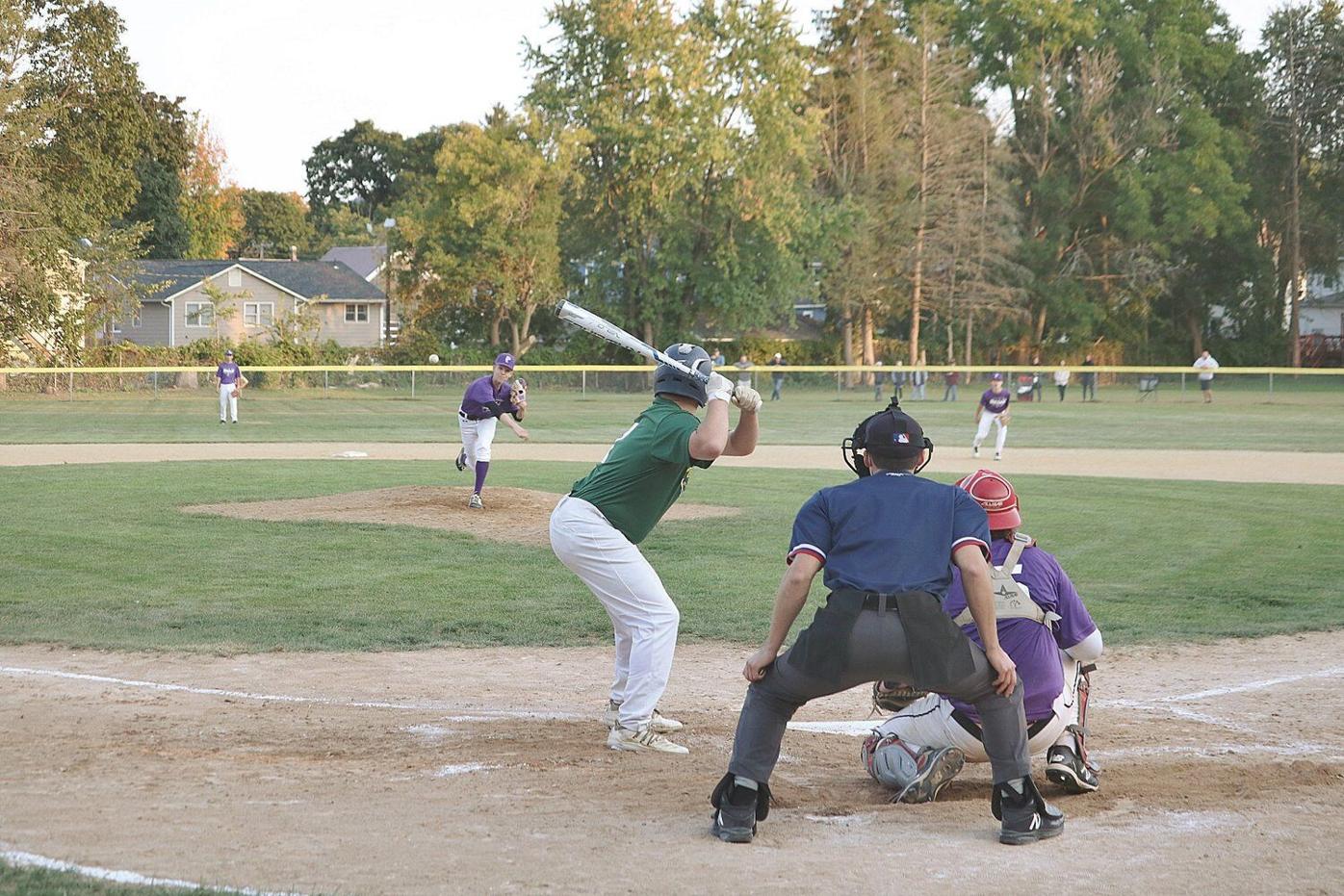 Eddie Mullin of Pittsfield delivers a pitch during the late innings of a fall league game against Taconic played at Deming Park on Monday. Mullin earned the win on the hill for Pittsfield. 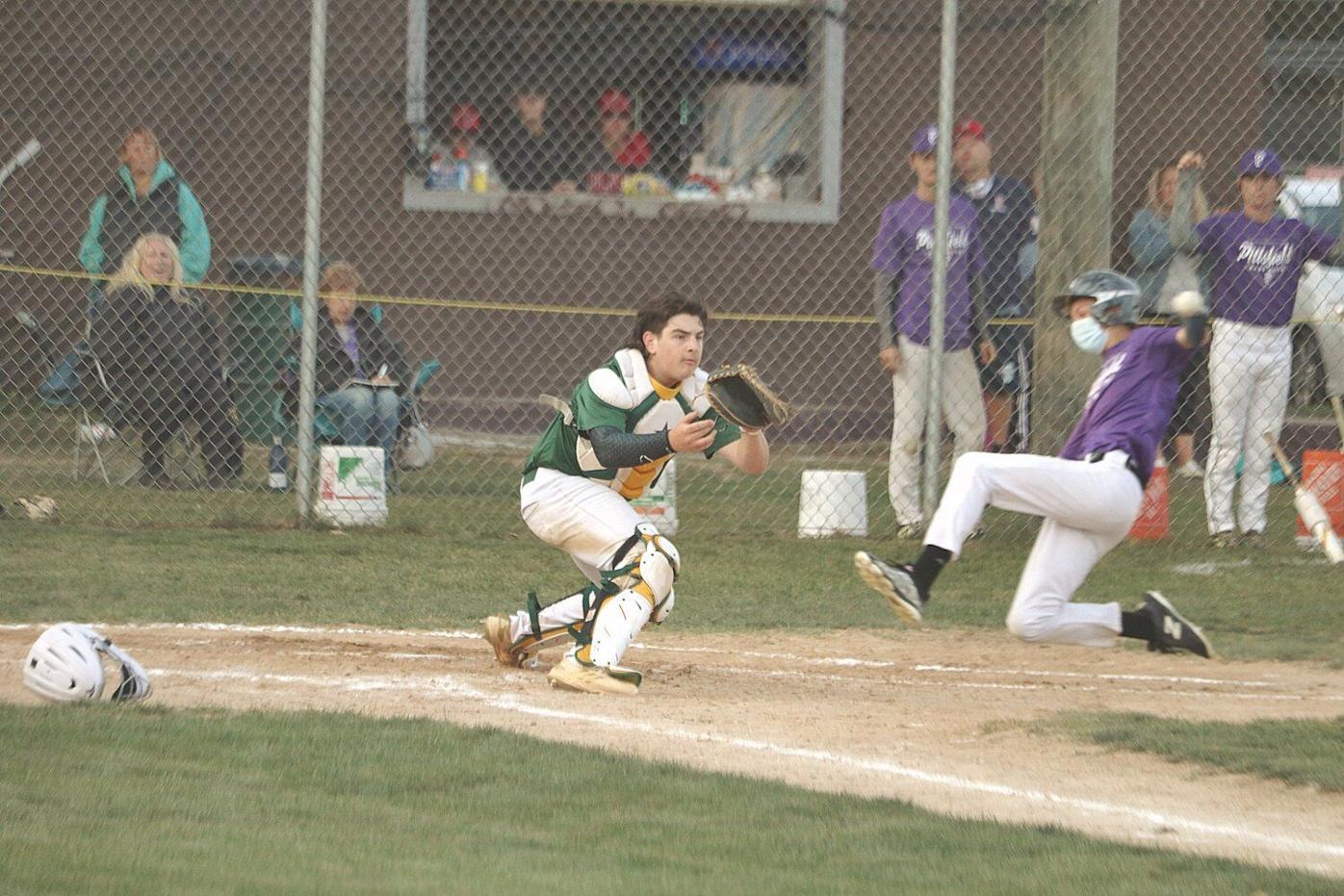 Pittsfield's Ty Roloson slides home safely before Taconic catcher Leo Arace could get the relay throw and apply a tag. 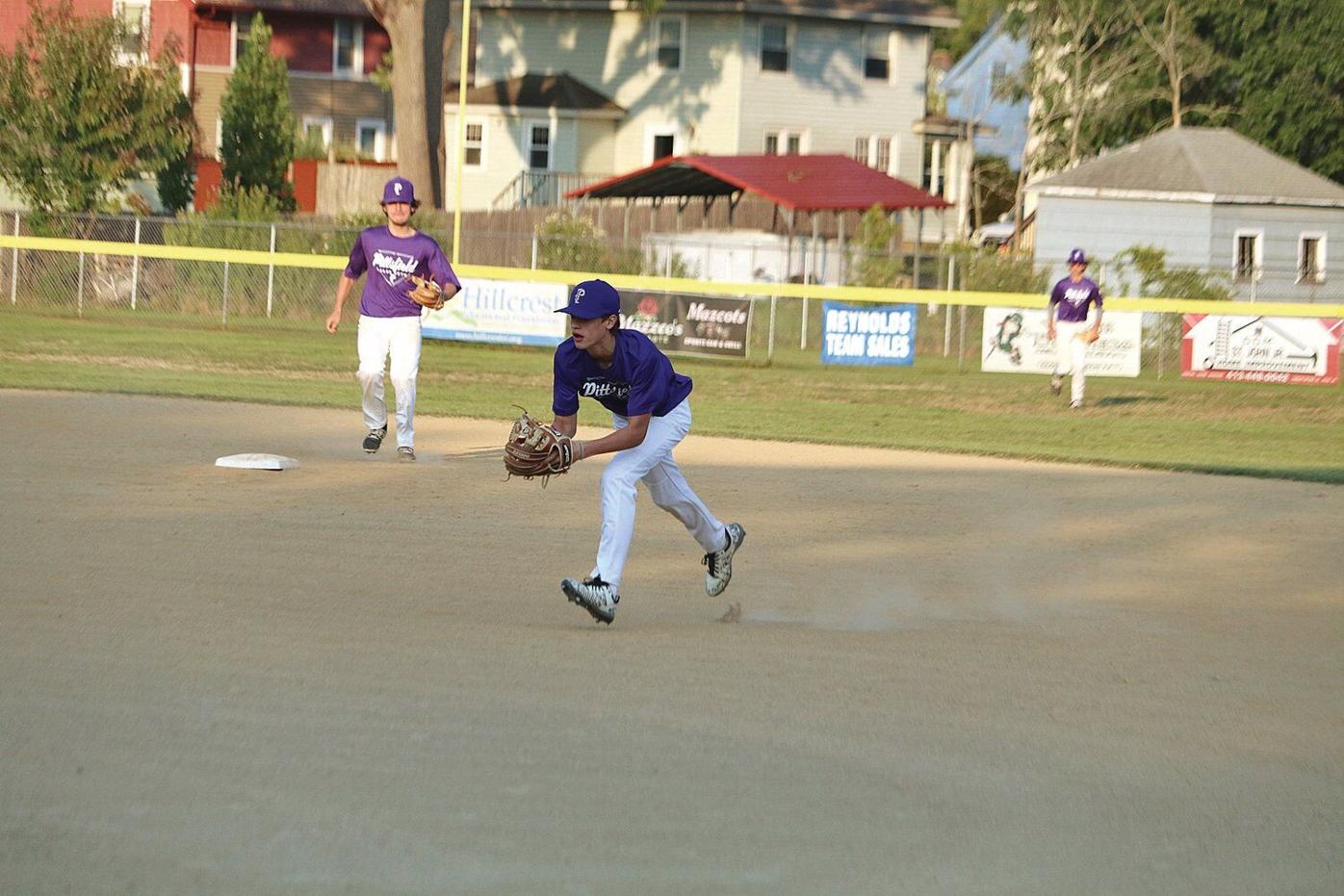 Pittsfield second baseman Will Kinne makes a play against Taconic on Monday afternoon at Deming Park.

Eddie Mullin of Pittsfield delivers a pitch during the late innings of a fall league game against Taconic played at Deming Park on Monday. Mullin earned the win on the hill for Pittsfield.

Pittsfield's Ty Roloson slides home safely before Taconic catcher Leo Arace could get the relay throw and apply a tag.

Pittsfield second baseman Will Kinne makes a play against Taconic on Monday afternoon at Deming Park.

PITTSFIELD — It was the first time in 18 months that a team of Pittsfield High School baseball players took on a team of Taconic players. That fact was No. 1, but for the Pittsfield players, getting the win could have been No. 1-A.

Owen Kroboth's second home run of the day, a three-run shot, keyed a four-run third inning and helped Pittsfield to a 12-6 win over Taconic in Senior Babe Ruth (16-18) play on Monday afternoon.

"I told these guys, even though it's different circumstances with pitch counts and [Babe Ruth rules], to be out here playing," Pittsfield coach Ben Stohr said. "There are a lot of seniors who missed out on a season, so I just want these guys to make every pitch count, every inning count.

"I'm proud of how they looked today."

It was Taconic's first game, while Pittsfield had a doubleheader on Sunday. But it wasn't like the Taconic players hadn't been on a diamond in a while.

"These guys have been playing for a while," Taconic coach Kevin Stannard said. "Just to get out as a team, it was nice. It was a beautiful day. We missed out on last spring, but getting together in the fall and hopefully things clear up and we're able to play this spring. It was nice. It's nice seeing these guys."

It was a day where Pittsfield had to come from behind twice. Taconic took a 1-0 lead in the first inning on an infield single, an error and a run-scoring ground out by Leo Arace. Pittsfield tied the score when Kroboth blasted an 0-2 pitch from Taconic starter Sam Sherman over the fence in left.

Taconic went quietly against Christian Marchbanks in the second inning, but got to the Pittsfield right-hander for two runs in the third, as Arace hit a sacrifice fly and Nick Guachione had an RBI infield single.

Taconic's Sherman, who retired six of the first seven hitters he faced, ran into trouble in the home third. A leadoff error, two singles and a Luke Mele sacrifice fly plated Josh Lennon. Reliever Adam Lazits got Michael Grady to ground to shortstop for the second out. But on a 3-2 pitch, Kroboth unloaded his second homer of the game, again sailing over the fence in left. Pittsfield added three more runs in the fifth on Mullin's RBI single and an RBI ground out by Santino Arienti.

"We made a couple of mistakes to Owen and he did what he was supposed to do," Kevin Stannard said. "Other than that, we have no worries at all. We're ready to go. Anton [Lazits] was on the shelf today. Sam, we're just taking it nice and easy with him.

"We'll be ready for the spring, but this is nice to do something."

Bo Bramer was 2 for 4 and scored three runs for Taconic. Kroboth was 2 for 2 with four RBI and he reached base three times. Mullin was 2 for 3.

Pittsfield travels to Dalton on Wednesday for a 4:30 p.m. game against Wahconah at Pine Grove Park. Taconic has a 4:30 home date at the high school against Mount Greylock.