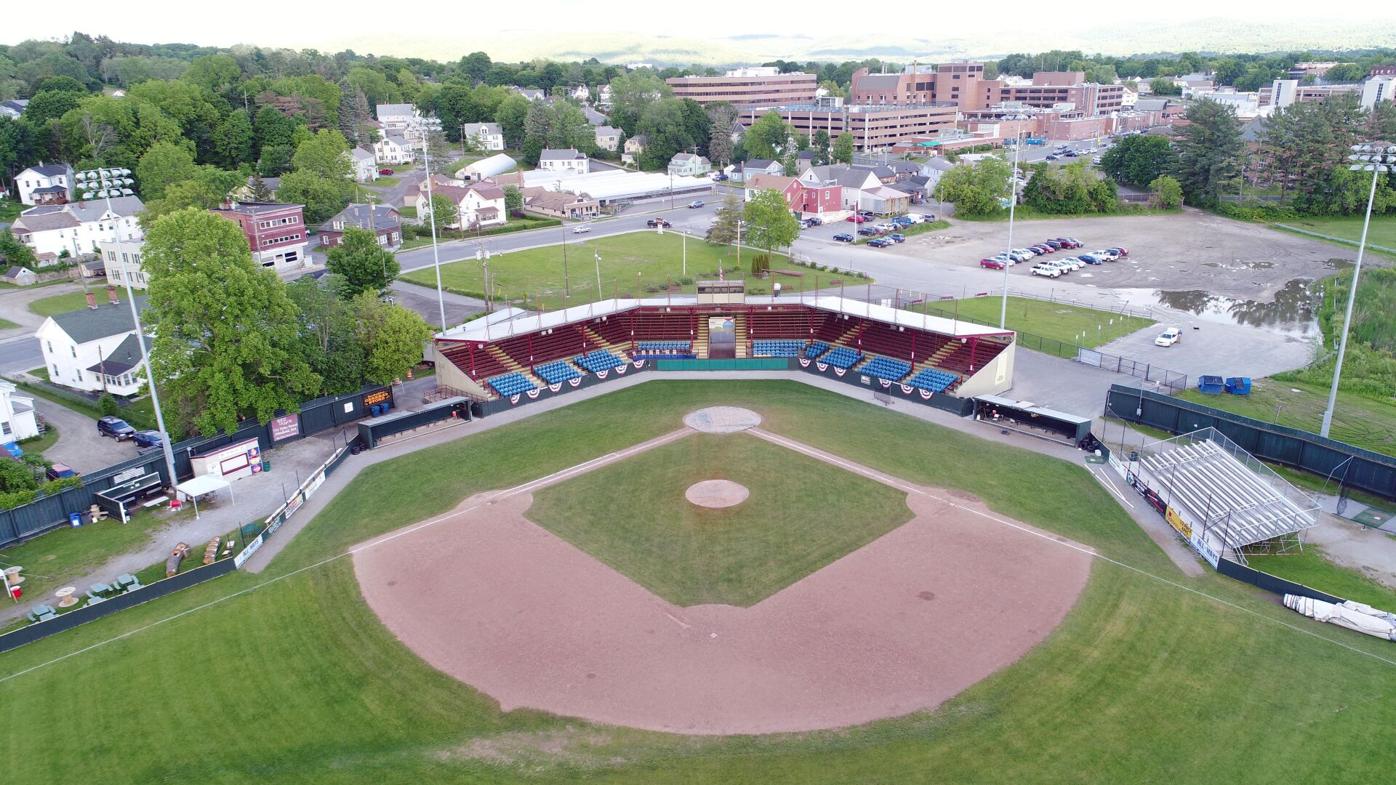 Wahconah Park will be heating up next month when the Pittsfield Suns return to the field. The home opener for the Futures League team is Thursday, May 27. 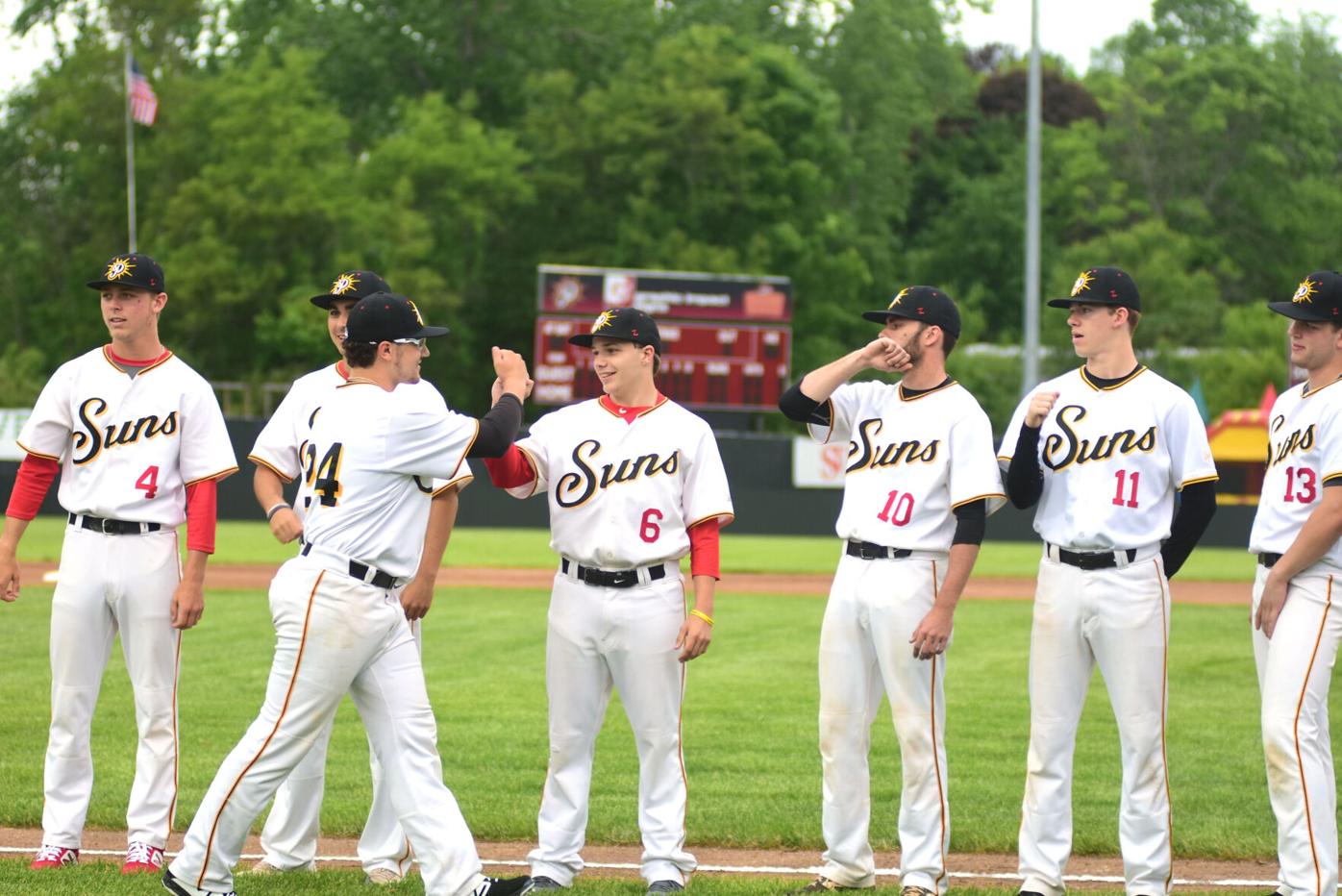 The Pittsfield Suns, seen here from opening night in 2019, will play a 34-game home schedule at Wahconah Park. The home opener is Thursday, May 27, against New Britain.

Twenty-four hours after the Pittsfield Suns made their return to Wahconah Park official, the Futures League team knows who it's going to play, and when.

The Suns will open the 2021 season on the road, playing at the Brockton Rox on Wednesday, May 26. The Pittsfield home opener will be one night later when the Suns host the New Britain Bees. The teams will play 68 games, 34 home. The season will run from May 26 until Aug. 13.

The league also welcomed two new franchises. The Vermont Lake Monsters, based in Burlington, came on board back in February. Then, just a few hours before the Futures League unveiled its 68-game schedule, league commissioner Joe Paolucci announced that the eighth team would be located in Norwich, Conn. Both Burlington and Norwich were New York-Penn League communities that did not make the cut when Major League Baseball realigned its minor league structure.

"The strength of the markets and the history of those teams, I wouldn't even say probably, places the Futures League I believe at the absolute forefront in Northeast from a collegiate wood bat league in terms of facilities, markets, operators," Pittsfield Suns owner Jeff Goldklang said, "all of the above."

Vermont and the Norwich Sea Unicorns replace the North Shore Navigators in the Futures League lineup. It is the first time since 2017 that the league has had eight teams.

Paolucci said that the league will not split into divisions. The schedule for the eight teams will be unbalanced, to keep travel costs and wear and tear on players to a minimum. Pittsfield will play 12 games each against Westfield, Worcester and New Britain, the Suns' closest rivals. Pittsfield will play eight games each against Brockton, Nashua and the two newcomers.

"It's a very complicated process, and nobody's better at it than [Worcester general manager] Dave Peterson, who once again put this schedule together for us," Paolucci said in a late afternoon interview with The Eagle. "First and foremost, we try to make it as balanced as possible. This year, we also kind of looked at things geographically. We want Westfield going to Pittsfield and vice versa as many times as possible, Brockton and Worcester or Nashua and Brockton. We try to pair them up as much as we can, so it's a little unbalanced.

The postseason will feature the top four teams playing each other in best-of-three series, and the winners playing for the championship.

The Suns will be playing at home on July 4, when they host the reigning league champion Nashua Silver Knights.

One thing about the schedule, with an even number of teams in the league, it enabled the schedule-makers to allow for Mondays to be dark in the league. There are no regular-scheduled games on tap for Mondays in June, July and August. The only Monday that games will be played is on Memorial Day, May 31. That day, the Suns will be at New Britain for a 1 p.m. game.

New Britain replaced Bristol heading into the 2020 season. The COVID-19 pandemic forced the Suns to opt out of that season, so when they play on May 27, it'll be the first-ever meeting. The Suns will play Vermont on Friday, May 28, for the first time. Pittsfield will play in Norwich on Friday, June 4, but won't host the Sea Unicorns until July 17.

"It feels great" to have the schedule out, Paolucci said. "Obviously, because we have two great markets coming in with Burlington and Norwich. The even number makes it a lot easier too. I really wanted to get to 68 games this year and take the league to the next level. If we were going to be at seven, that would have been impossible."