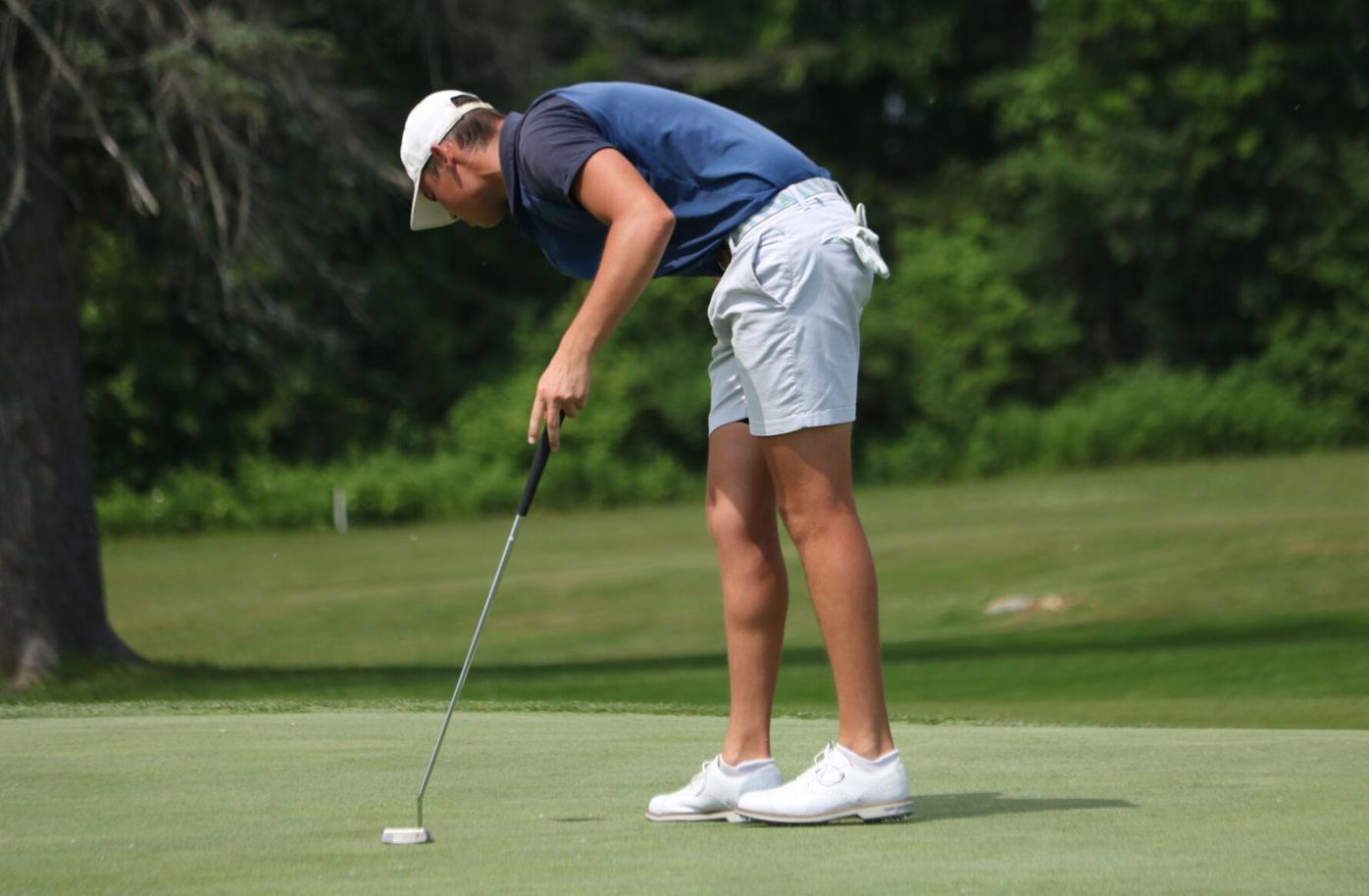 Jake Driscoll shot an 1-under par 71 on Wednesday, but came up two shots short of match play at the Mass. Amateur Championship. 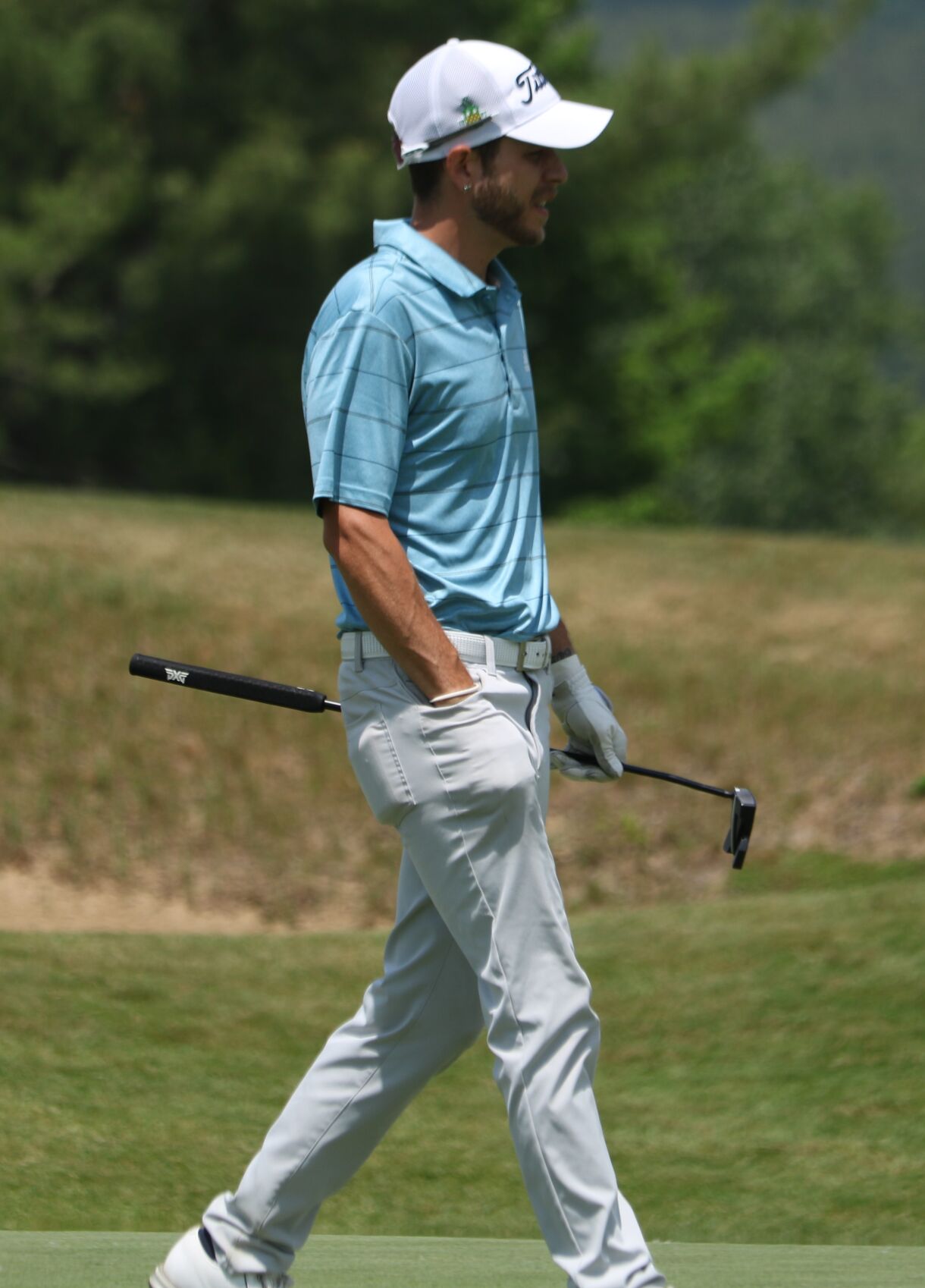 With two tournament wins already this summer, Matt Gilardi is playing strong golf heading into the Mass. Amateur this week. 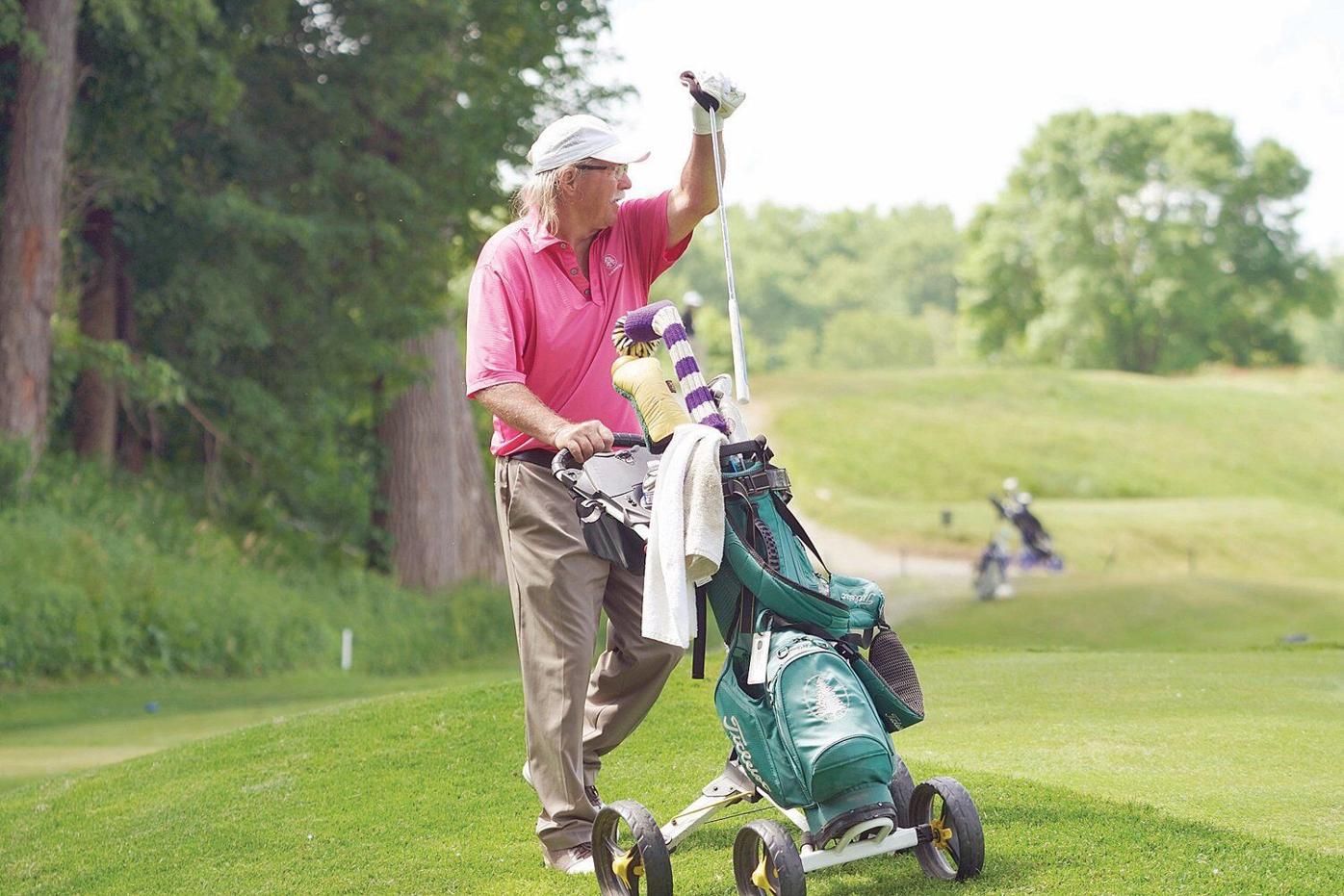 Golf is often called “a game for a lifetime” and if anyone needs an example of why, a look at the field for this week’s Massachusetts Amateur Championship at Brae Burn Country Club — including the three members of Berkshire County clubs playing — illustrates that reality.

From teen standout Michael Thorbjornsen, the 2018 U.S. Junior Amateur champion, to seniors competitive into their 60s, every decade is well-represented in the 144-player field that will tee off Monday in West Newton.

Overall, the field is young yet experienced with at least 30 college golfers, or recent college players, entered along with eight past winners including 2017 U.S. Mid-Amateur champion Matt Parziale (34). While match play can be unpredictable and there are players into their 50s capable of springing upsets, the event’s marathon nature (two days of medal-play qualifying followed by five matches in three days) favors the younger set.

Only two county golfers have ever won the title — Drury High product Trevor Gliwski and Lee’s Jim Salinetti. Gliwski won in 1992, while Salinetti dominated by going an almost unthinkable 15-1 in match play in four Mass. Ams, walking away with the championship in 1997, 1999 and 2000. Nobody has won the title three times since.

The trio representing county clubs isn’t on anyone’s favorite’s list, but it is a big deal for all three. Here is a look at their hopes at Brae Burn, which has hosted seven Mass. Amateurs in addition to the 1919 U.S. Open, 1929 U.S. Amateur and four U.S. Women’s Amateurs.

Not that Linn needed a reminder on how long he’s been playing competitive golf, but he got one earlier this week when he teed off for a practice round at Brae Burn.

The long wait to capture a Mass Golf championship is finally over for Berkshire Hills Country Club member Bob Linn. The 66-year-old, one of the region's top seniors for more than a decade but …

“I had played there once, back in 1972 playing for Connecticut in the Tri-State matches,” Linn recalled in a phone interview. “I was paired with Stan Holinski, who was the oldest guy on our team, and I was the youngest at 18.”

Now, 49 years later, Linn is playing the talented “old” guy (he earned an automatic exemption by winning the 2020 Mass. Super Senior Championship last fall) a role he’s been playing for a while. Linn has been the oldest player in the Mass. Amateur field several times and it is likely he and 2020 Mass. Senior champion Don Foberg are the oldest this year.

Linn has managed to earn his way into the Amateur field all through his 60s by qualifying, except in 2017 when he got in as an alternate at Taconic Golf Club. This year was different.

“I didn’t realize that the Super Senior winner got an exemption into the tournament,” Linn said. “When I discovered that this spring, it was a really great surprise.”

When he steps onto the tee Monday at Brae Burn, he’ll play without the pressure he might have felt, say, a decade ago.

“I was talking to Del Kinne one day, and he said something that made an impression on me,” he said of Kinne Jr., a senior member at Wyantenuck Country Club and a standout golfer for decades. “He said that when we’re younger we play to win trophies, but at our age we should play for the golf course. I started to take that attitude and started playing better.”

Unfortunately, one thing that is very different is that his preparation won’t include a pre-tournament lesson with his longtime coach and beloved friend, Wyantenuck Country Club head professional Tom Sullivan, who died in October when a tree tragically landed on his golf cart as he was ushering golfers off the course during a storm.

Linn said that, no, he hasn’t sought out another instructor since Sullivan’s shocking death that left the Berkshires golf community numb.

“I’m relying on my notes, the stuff Tom and I worked on, I always took notes after our sessions,’ Linn said. “I ran into Joe Walker (a top Cape Cod amateur), and he asked me if I had any notes, because he said he had done the same thing.”

As of Friday, Linn was the only one of the three local entrants to have played Brae Burn.

“What a course,” was Linn’s first response when asked about the historic track. “I’m so glad I went and saw the layout. The biggest thing is to stay out of the rough, they say it’s going to be 3 to 3 1/2 inches, and it was already that when I played. I was 3 feet into the rough and almost stepped on the ball trying to find it.”

A look at the scorecard suggests that those starting on the front in the opening round will have an easier start to the 36-hole qualifier. That’s good news for Linn and Driscoll, who will begin on a nine that starts with three par 4s of less than 400 yards and measures 358 yards shorter than the back nine, where Gilardi will begin on Monday.

Driscoll, who qualified by shooting a 2-over 73 in a qualifier at Wahconah Country Club and will be playing in his first major Mass. Golf event, has been making quick strides with his game since his high school days at Pittsfield High.

“Jake is a big, strong player with a lot of competitive experience,” said CC of Pittsfield head professional Eric Mabee. “Going into college he was probably a 3-to-5 handicap and now is a true scratch player. He is always in control of both his swing and his emotions. He will need to be in control of both to play well at the Amateur.”

“I wasn’t great in high school, but before I went to Eckerd [College in Florida] I asked Eric what I needed to work on and decided to put in the time,” said Driscoll. “The coach there left it up to us to push ourselves and I did that and also got a lot of help from the older guys on the team.”

In addition he was helped by a pro in Florida, Danny Houston, who had played on the MacKenzie Tour in Canada. And, of course, during the summer he’s working with Mabee and gaining experience playing with and against the club’s strong roster of players.

As for his mindset heading to Brae Burn?

“I’m really excited for the opportunity and hope to take away something from the experience,” he said. “I’ve been working hard on my long irons and wedges. I won’t be trying to do anything fancy and you don’t want to compound any mistakes you make.”

You can excuse Gilardi if he isn’t quite prepared yet for Monday’s opening round. After all, he didn’t find out until Friday morning that he was in the 144-player field.

“Kevin [of Mass Golf] called me at 8:30 and I almost didn’t answer because I didn’t recognize the number,” said Gilardi, who was a first alternate after shooting a 74 in the Wahconah qualifier. “Of course, I accepted immediately when he told me.”

While he wasn’t expecting to get in as an alternate, Gilardi nonetheless has been working hard on his game as has been the case all summer, a time that has seen him earn victories in the CC of Pittsfield’s Men’s Invitational (with Adam Brickle) and Allied Father & Son Tournament (with his dad, Paul).

This will be Gilardi’s fourth Mass Golf major event — two previous Public Links and one Mass. Amateur without a made cut — but Matt’s recent success suggests his game is in a better place than before.

“My confidence is higher than it has been,” Gilardi said. “The Invitational win is new territory for me.”

That win also was a good warm-up for this week considering it required four match-play victories in two days to walk away as champions with Brickle.

“It’s about time I make match play,” he said of this week’s main goal. “I have a couple more years of experience and a better mindset mentally than I’ve had before.”

Jeff Puleri, who is in charge of the Allied Association, said it is hoped that the popular event will be rescheduled.

Matt Kelly — 2 in one week at Donnybrook Country Club

WEST NEWTON — It was a tough day for the three members of Berkshire County clubs — Bob Linn, Jake Driscoll and Matt Gilardi — who teed off Tue…