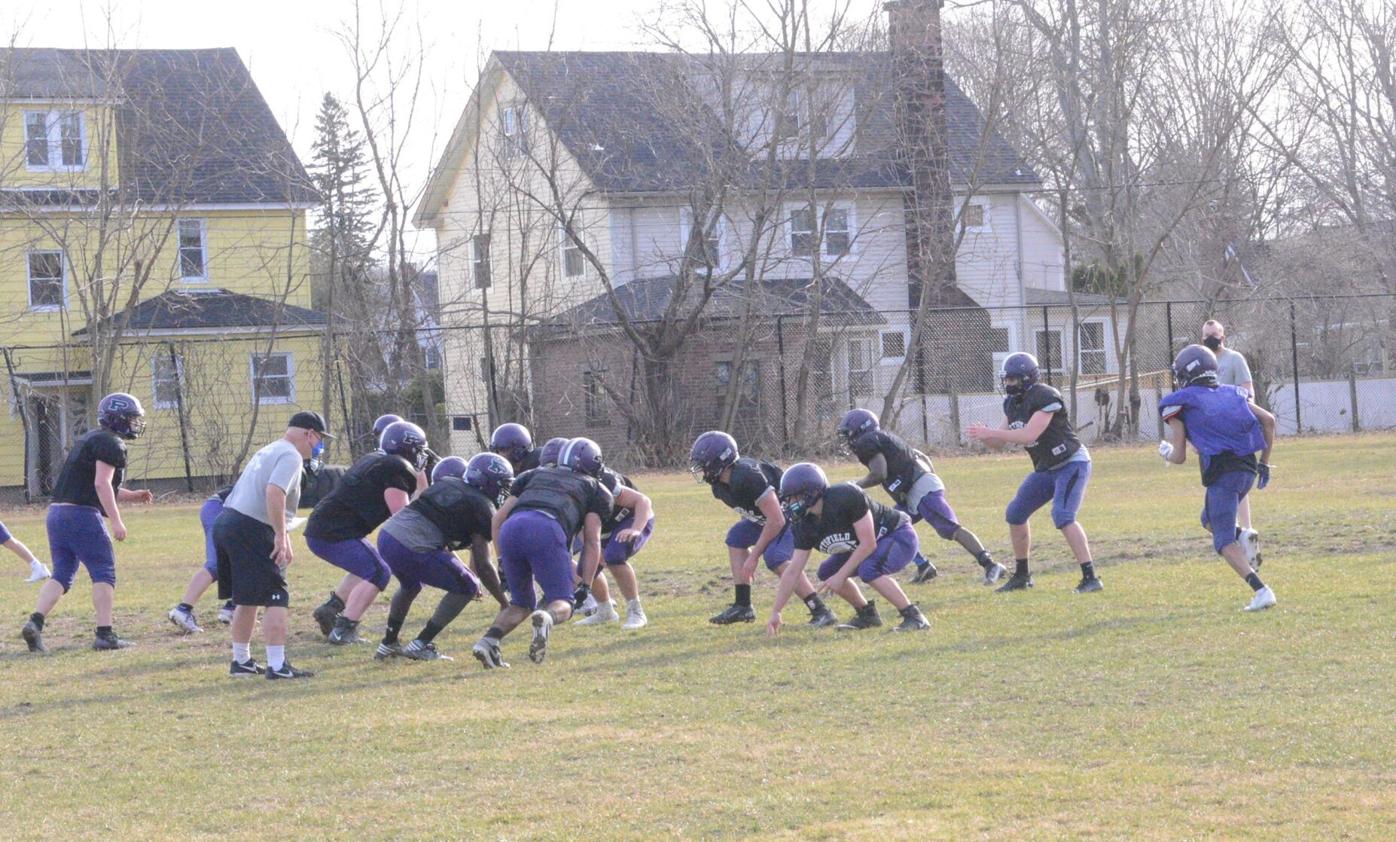 The Pittsfield Generals prepare for the Fall II football season on the field behind Pittsfield High School on Thursday, March 25. 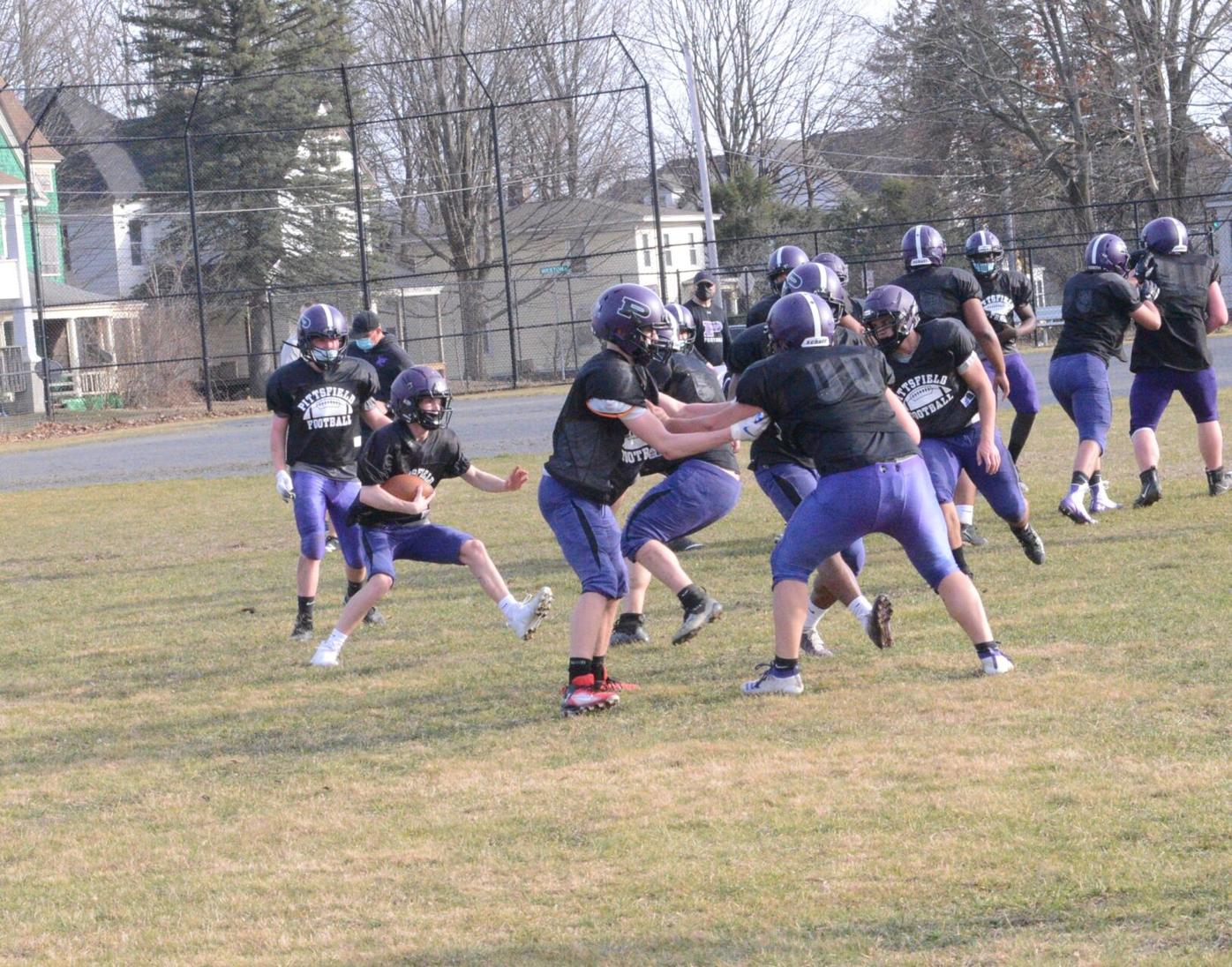 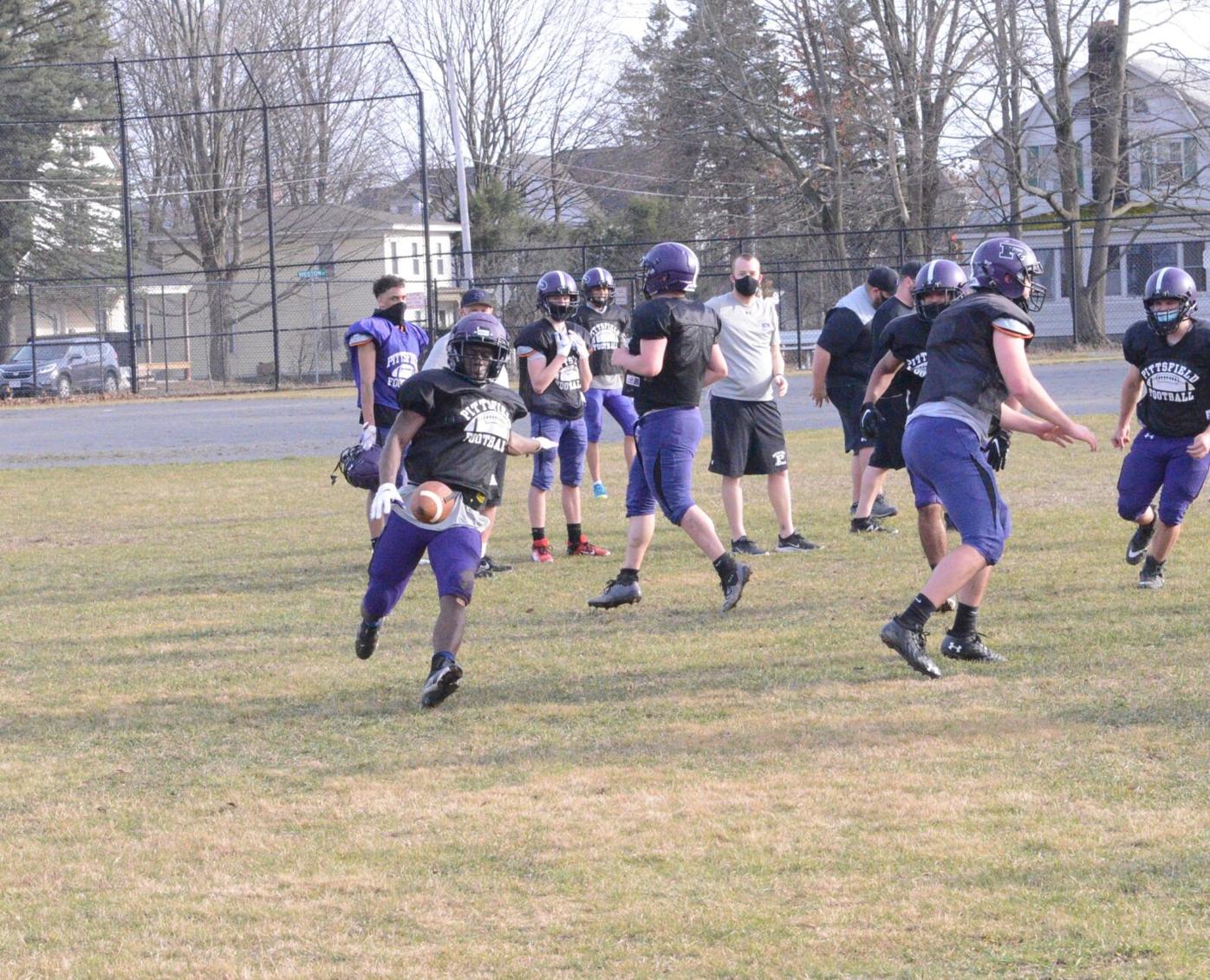 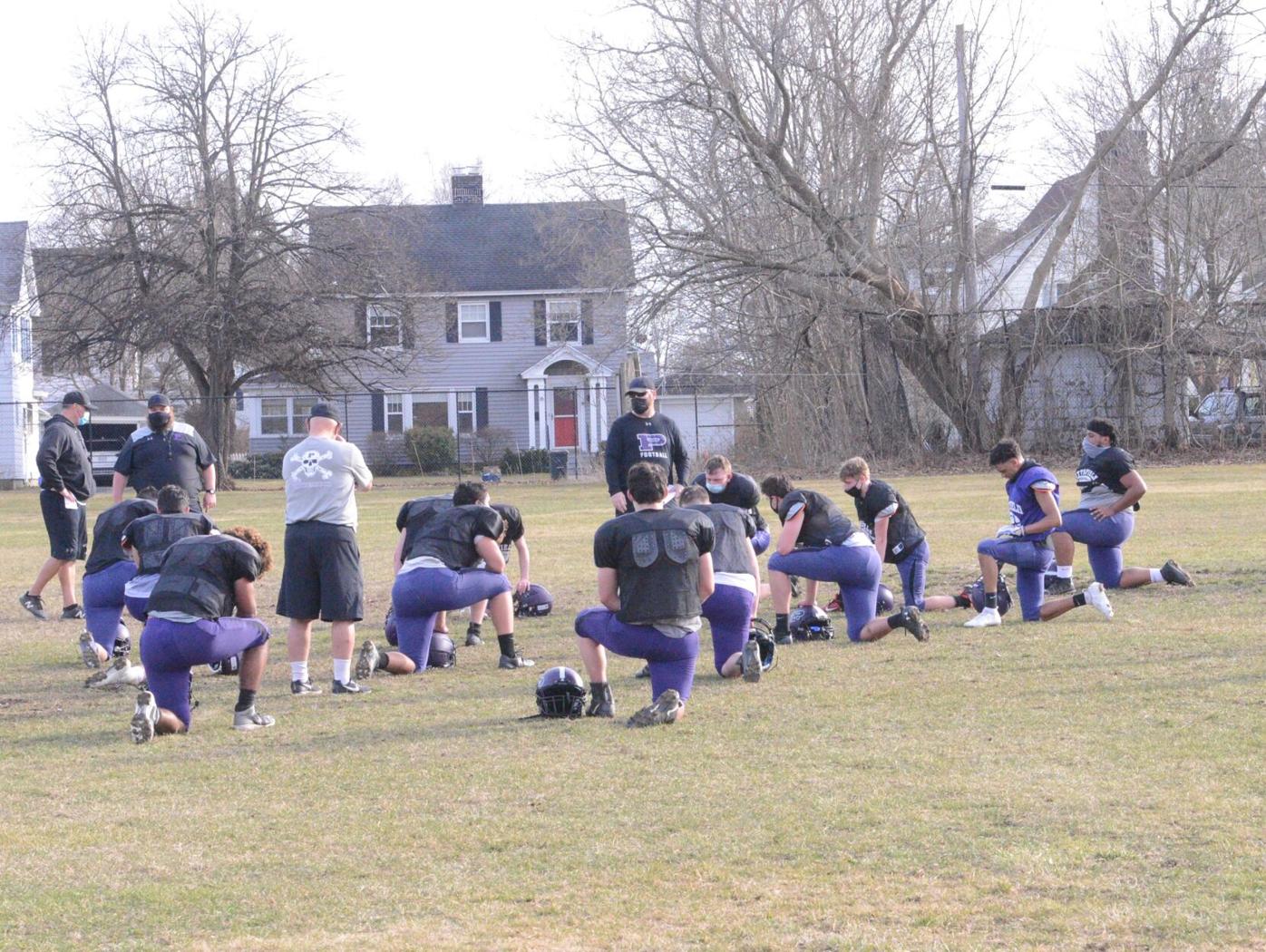 The Pittsfield Generals prepare for the Fall II football season on the field behind Pittsfield High School on Thursday, March 25.

glad to be back on the field

PITTSFIELD — The offseason was longer than anticipated, but the Generals remained ready for opening day.

“Our guys have done a really good job in the offseason,” said Brian Jezewski, who is entering his 13th year as coach of the Generals. “They bought into the strength program to the best that they could with what we were allowed to do.

“We’re glad to have this opportunity for the kids.”

Players are masked up and socially distant during practice, guidelines needed to see a football season in Berkshire County.

“They’ve done a good job [following guidelines],” Jezewski said. “Nobody wants to be the reason that they can’t play.”

The opportunity to hit the turf for 48 minutes five times this spring is one the Generals aren’t taking for granted.

Nda and a handful of Generals are jumping onto the gridiron from the hardwood as Pittsfield’s basketball season ended on March 19.

“Very hectic, very sore, but glad to be back playing sports again,” Nda said of the last month. “This is my senior year so I am trying to play as many sports as I can. I want to be out here as long as I can before I go to West Point.”

Nda committed to play for Army back in July after posting 17 touchdowns in his junior year. Nda, who scored six touchdowns of at least 40 yards last season, and Pittsfield’s explosive offense from 2019 remains mostly intact as playmakers Patrick Rindfuss, Sincere Moorer, Sam Taylor and Michael Charles are among the Generals slated to play this spring.

“It was stressful not playing in the fall because I’ve played [football in the fall] basically my whole life,” Charles said. “Being back on the field now is just great.

“It is a bit weird due to the restrictions, but being out here with my teammates and working hard to have a great season is all we can ask for.”

Pittsfield’s season will begin bright-and-early Saturday morning as the Generals are scheduled to play the Wahconah Warriors at 9 a.m. at BCC

“We’re looking forward to having a great season,” Charles said. “I think we will accomplish that this year.”

The timing, spring weather and COVID-19 restrictions are modifications for the Fall II season, but things aren’t as complicated on the field.

“Once you’re in between the lines football is football,” Jezewski said. “We have the opportunity to be out here with the guys that want to be here, that is all you can ask for.”

The third week of the Fall II football season suffered an initial casualty Friday night, with a matchup between Monument Mountain and Mount Gr…