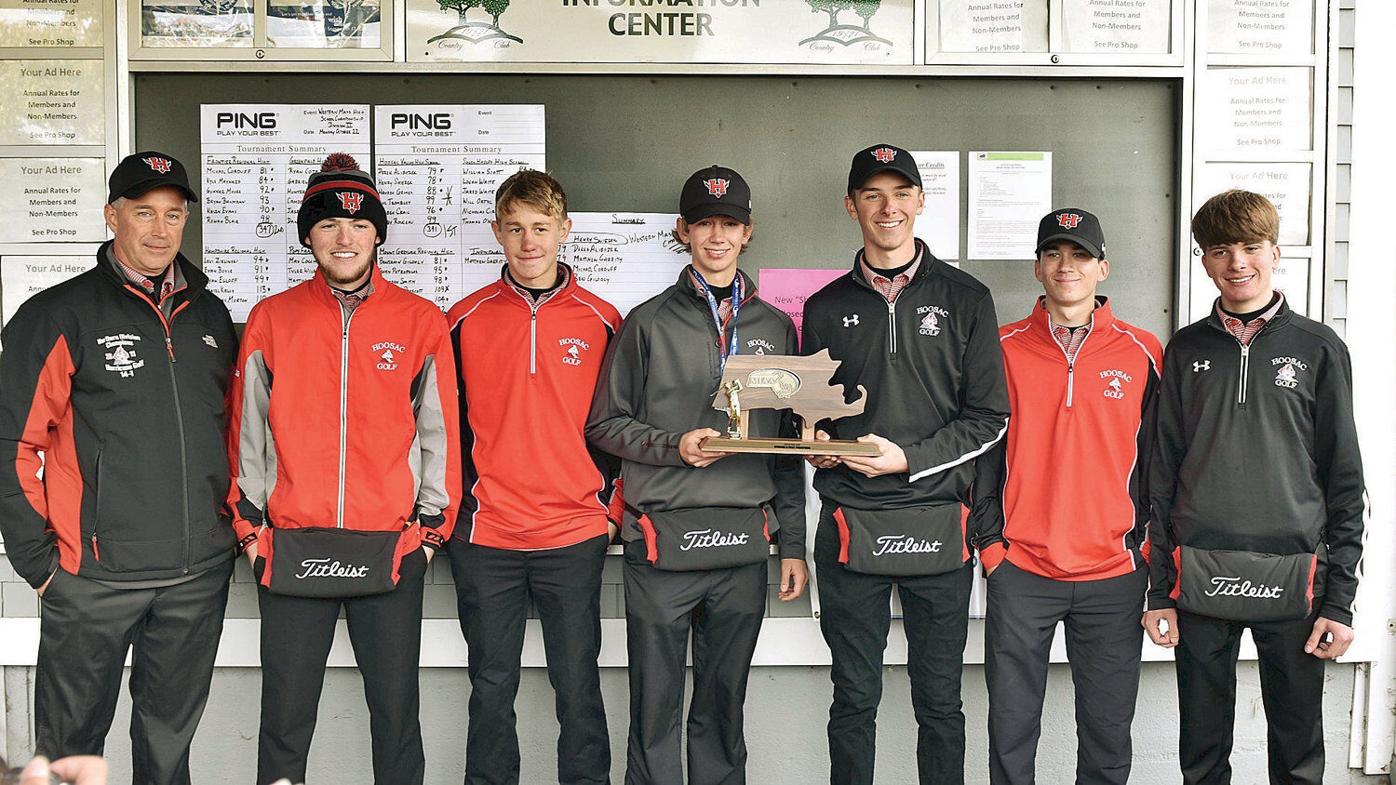 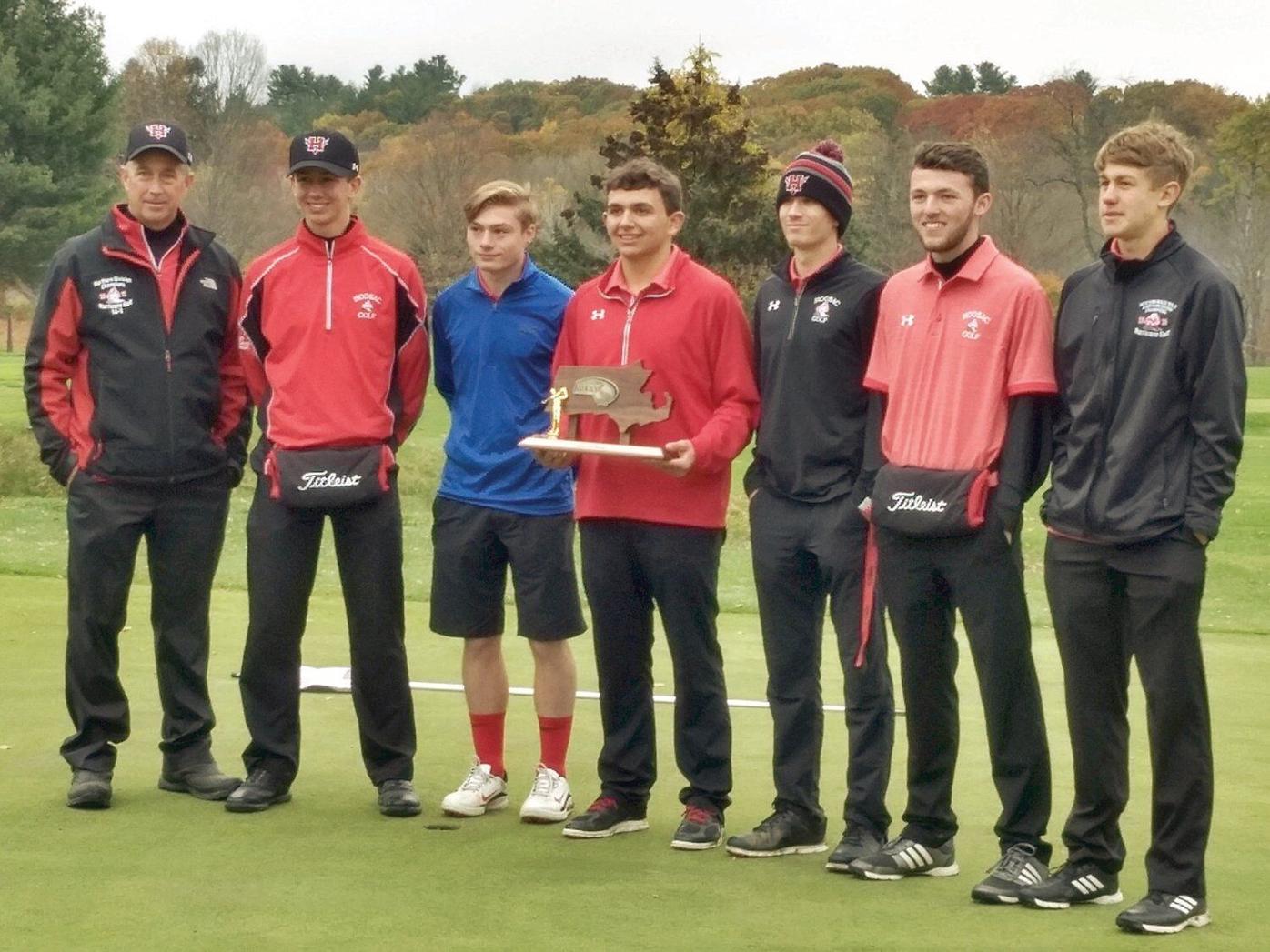 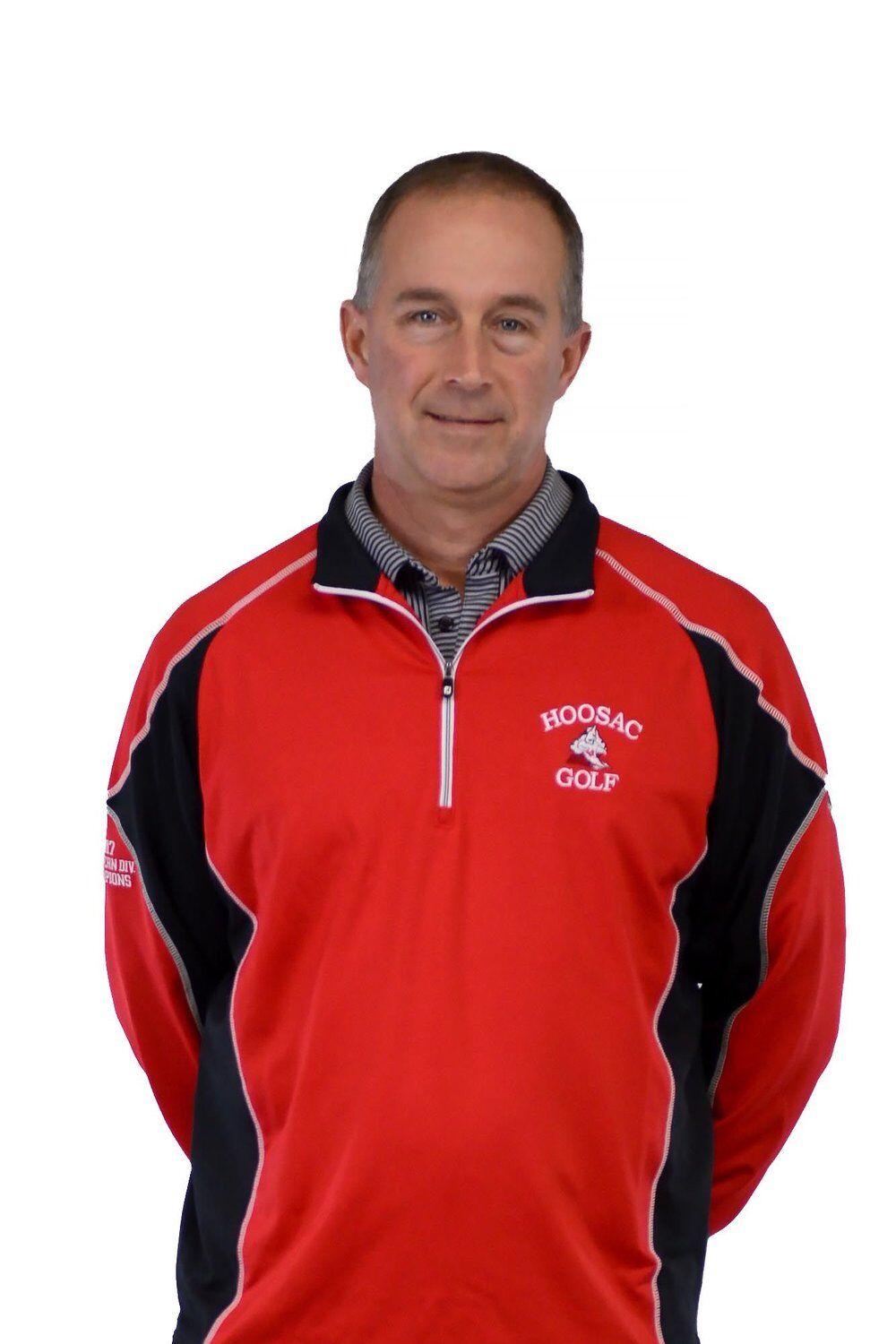 Jason Sniezek was The Berkshire Eagle’s golf Coach of the Year in 2018.

The first hole at Forest Park County Club highlighted an important lesson to Hoosac Valley students interested in hitting the links over the last two-plus decades.

For 22 seasons, Jason Sniezek taught the Hurricanes the significance of course management and a hole-by-hole approach.

“Early on [as a coach] kids wanted to hit the ball as hard as they can,” Sniezek said. “It took me a few years to begin focusing on every hole and that has been the key to our success, course management.”

“It’s been a long time,” Sniezek said of the decision. “[My son] Henry is playing baseball at Worcester Polytechnic Institute. I want to go see his games and don’t want to be tied down — there are only so many games left and I want to be there for him.”

Jason Sniezek graduated from McCann Tech in 1986 and accepted the job as Hoosac Valley’s golf coach in 2000. Henry and his older brother, Jack, were pretty young when Jason took the job.

“It was pretty special to watch them grow,” Sniezek said. “I dragged them onto the course with me and as they grew older — it’s funny how Henry started out-driving me.

“It hits home what you taught them, to see the success is awesome as a parent and coach — nothing more special than coaching your kids and seeing them do well.”

Sniezek’s fondest memories as coach of the Hurricanes involved his kids. In 2016, Jason coached both Jack and Henry in the Western Mass. D-II tournament at Agawam. Jack was a senior and Henry, as an eighth-grader, served as the team’s sixth man.

The 2018 Western Mass. D-II championship sits atop Sniezek’s favorite memories. The Hurricanes captured the title and Henry earned the individual medal with a 6-over-par 78 at Ludlow Country Club.

“I couldn’t walk around and see how he was doing,” said Sniezek, who was working a post at one of the holes. “I heard Henry was doing well. I finished my post and could watch his last hole.”

His first shot hooked into the threes but he worked his way back onto the fairway.

“Just watching that, I was speechless,” coach Sniezek said. “It was incredible.”

The Hurricanes repeated as Western Mass. champs in 2019, but the three-peat was derailed by the COVID-19 pandemic.

“It was disappointing because in the fall we practiced but didn’t have competitions with other teams,” Sniezek said. “We played Lenox and Taconic in the Fall II season. It was very limited with five matches, it at least gave the kids a chance to play.

“It felt good to finally get back out there and see kids from the other schools.”

“Pete has been around the longest and we had some good rivalries over the years — we always wanted to beat each other,” Sniezek said. “Dick loves golf and does so much for his team.

“Matt Carlino, the former coach at Lee, is competitive, but also a really good guy who has a lot of fun with kids from both teams — a coach you always could go to his course with the team and feel very welcome.”

If there is one thing Sniezek hopes his golfers remember from their time as Hurricanes — put yourself in a position to succeed.

“Our first hole at Forest Park is the perfect example, you get into trouble by slamming the ball with a driver,” Sniezek explained. “You end up under the trees and wasting a shot. I tried using five iron and it started working.

“I practice with the kids and explain to them that it is less trouble — you’re putting yourself in position to make par or even birdie.”

Hoosac Valley and Lee have experienced tremendous golf success in recent years, but 2021 has seen both programs undergo significant change and a major youth movement.