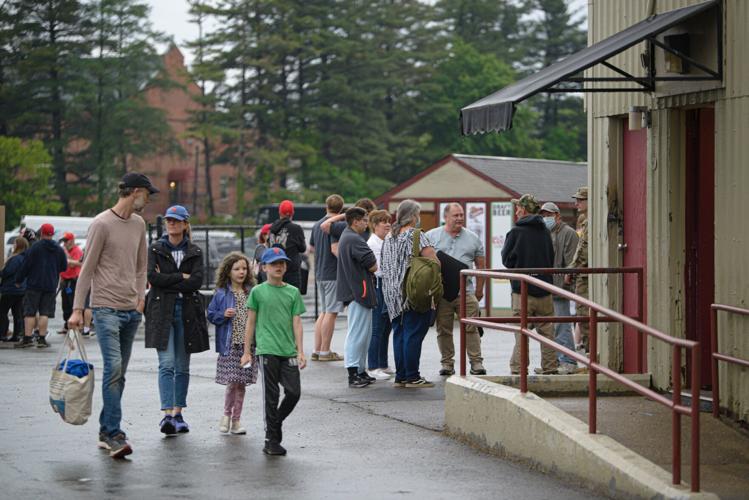 A rainy start to the season didn't keep all Pittsfield Suns fans from coming out to Wahconah Park on Friday night. 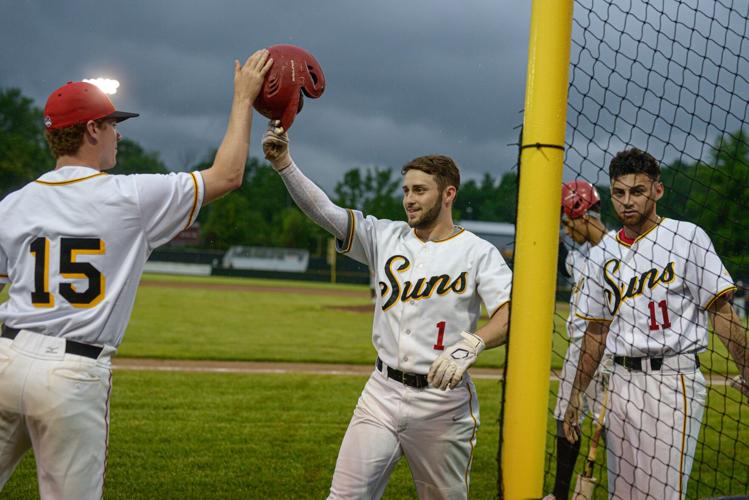 Pittsfield Suns' Austin Rachiele, a Berkshire County local product, is congratulated by his teammates after hitting a home run during the team's home opener on Friday night. 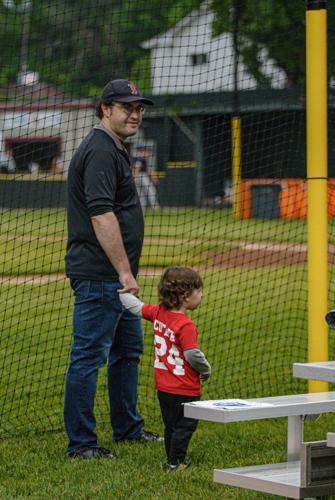 The Pittsfield Suns returned to Wahconah Park on Friday night, with temporary bleachers installed to replace the grandstands which were deemed unsafe for use before the season. 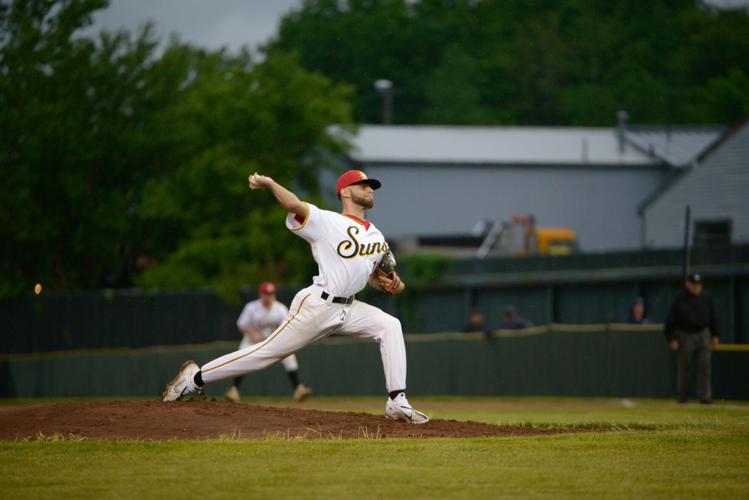 The Pittsfield Suns dropped their fourth-straight game with a loss to the Silver Knights on Tuesday.

A rainy start to the season didn't keep all Pittsfield Suns fans from coming out to Wahconah Park on Friday night.

Pittsfield Suns' Austin Rachiele, a Berkshire County local product, is congratulated by his teammates after hitting a home run during the team's home opener on Friday night.

The Pittsfield Suns returned to Wahconah Park on Friday night, with temporary bleachers installed to replace the grandstands which were deemed unsafe for use before the season.

The Pittsfield Suns dropped their fourth-straight game with a loss to the Silver Knights on Tuesday.

PITTSFIELD — It wasn’t the home opener that the Pittsfield Suns, or their fans, wanted. The thunderstorm, which was supposed to be over by 6 p.m., ended closer to 6:20 and left storm clouds in the sky throughout the night and a soggy outfield.

And yet, once the rain cleared, fans began to trickle into the stadium, staff resumed preparations for the game and the players stayed loose on the field. Fans weren’t exactly happy that it rained, but it also wasn’t a surprise to locals.

“Not ideal,” said Jon Blauvelt with a laugh, describing the weather. “But typical,” agreed his wife, Meghan. “They know how to deal with rain,” said Jon.

Some fans found the irony in the deluge.

“Well it’s appropriate,” said Bob Balogh. “If it’s opening night, the sky should be opening too.”

Rain wasn’t the only obstacle on Friday. Deemed unsafe less than two months before the season began, the grandstands have been closed at Wahconah Park for the season. Free-standing bleachers were set up instead.

“This is a bit of a setback with the grandstands,” said Gerry Donnelly, an usher and retired college professor who’s been volunteering for the Suns for 10 years. “But we’re all trying to pull together to get through it. In the hopes that sooner-rather-than-later they rebuild the grandstand and get things back to the way it’s supposed to be. But in the meantime, we’re all just doing our best.”

Meghan and Jon Blauvelt haven’t been around the Suns as long as Donnelly has, but they do their best too, working as host families. Now in their second year housing Suns players, they were asked why they signed up for Round 2, and the answer was pretty simple.

“It’s so much fun to go to games and cheer them on, specifically,” said Jon.

The Blauvelts rarely saw their houseguests during the day. Since the players would get up after the two went to work and be at practice till 2 in the morning. But that didn’t prevent the four from bonding or being able to meet more of the team.

“They would bring over other players, so we’d end up with like five or six around a campfire,” said Meghan.

“We went through so much more firewood than just we would have,” Jon said with a laugh. “Which was actually kind of nice.”

“We got to meet their families, which was really cute. Their parents all came up to visit,” said Meghan.

And even though it’s been a year, the two have kept in contact with the players from last season.

“We’re still in touch with them,” Meghan said. “We kind of communicated through their college season. Just a snap here and there. And yeah, it was really fun to watch them play and have a connection.”

Meghan and Jon haven’t met their new guest yet, the original player who was supposed to stay with them had a pet allergy. But the Pittsfield residents are excited for the new season. And while the grandstands might be out of order, their experience has gotten better.

“We spend a lot of time in the beer garden anyway,” explained Meghan. “Which is exactly the same (as the bleachers) and actually has seating now. So, the beer garden has improved.”

One reason fans have long enjoyed attending minor and college league games is because of the “games” that happen during breaks. Races, dance-offs and trivia are just some of the entertainment played during inning breaks in Pittsfield and parks across the country.

And one reason Bob Balogh keeps coming back is because he has yet to find funnier games than at Wahconah Park.

“One year, I don’t know if they still do it, they didn’t do it last year,” said Balogh with a laugh. “They had the kids come out and they played horseshoes. Except, the horseshoes were toilet seats and the stake they had to get ‘em on was a plunger!”

Balogh has been going to Suns games for 10 years. On Friday he got to bring his daughter, who moved to Pittsfield from New York City in January, to her first Suns game. And despite the games and activities that make attending a Suns game more fun, sometimes the biggest reason people can’t wait for the season to start is the simplest.

Jesse Kolodkin can be reached at jkolodkin@berkshireeagle.com or on Twitter @jessekolodkin.

Jesse Kolodkin is a Berkshire Eagle sports reporter. He worked in the same position at The Bradford Era in western Pennsylvania and graduated from the University of Massachusetts with a degree in broadcast journalism. He is an avid New York Giants fan.