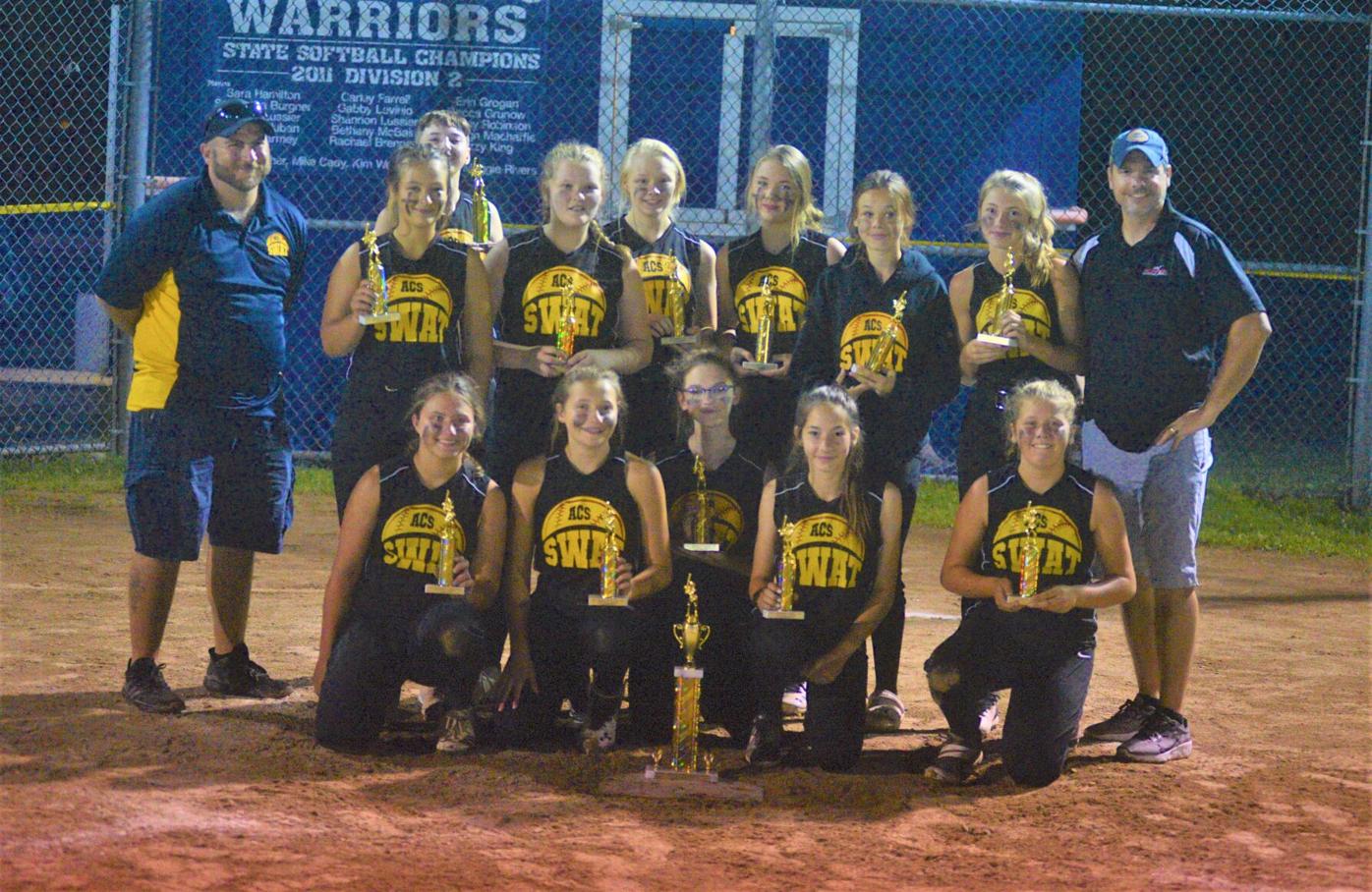 The U14 Adams/Cheshire/Savoy Swat team took home an 8-0 decision in the Berkshire County championship game on Wednesday in Dalton. 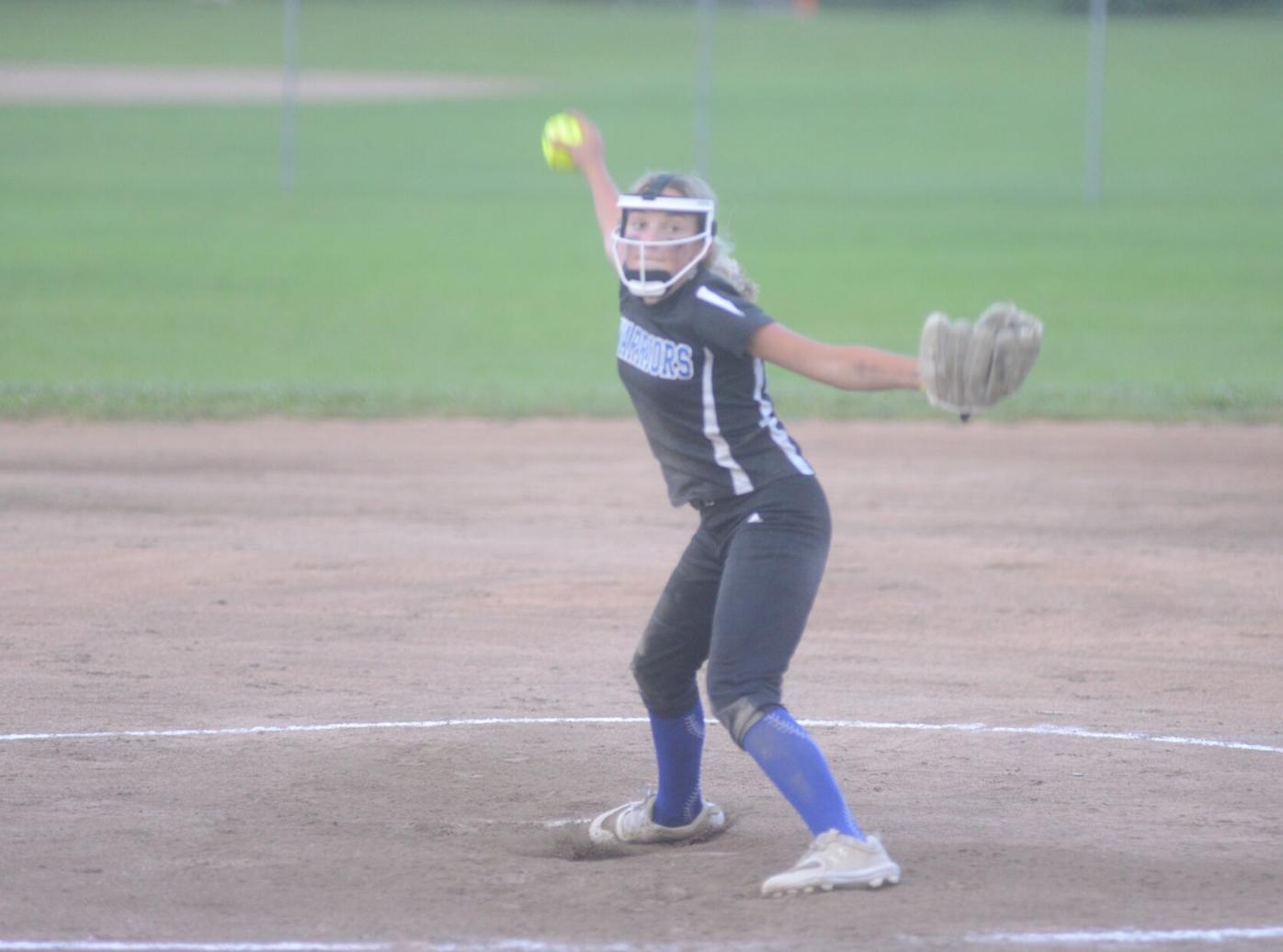 Sam Kaley started two games for the Dalton 14U Warriors on Wednesday. 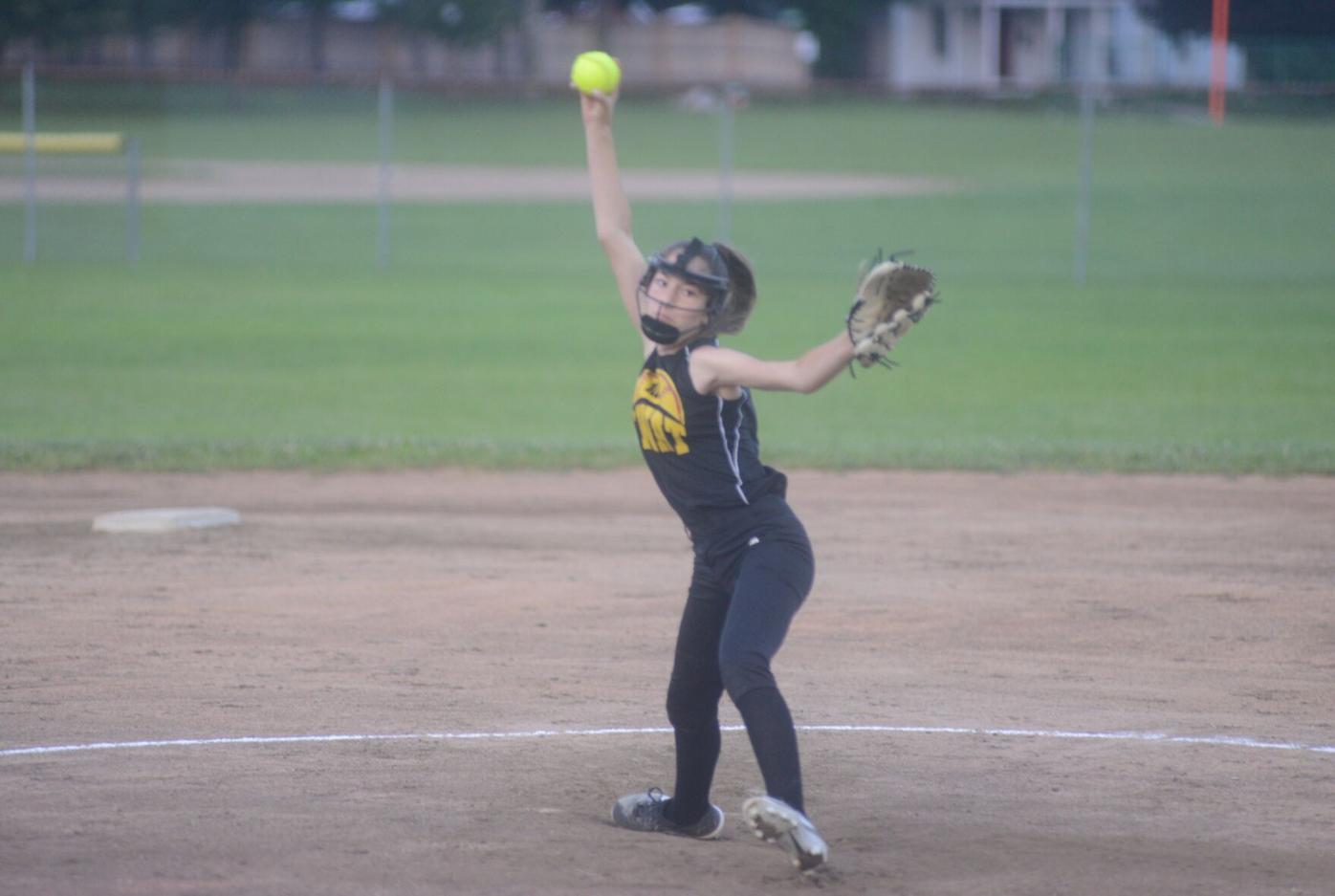 Nora Moser held the Dalton 14U softball team scoreless in the Berkshire County championship at Pine Grove Park on Wednesday.

DALTON — Fulfilling expectations as a top seed is often easier said than done. However, the Adams Cheshire Savoy 14U softball team lived up to the hype, claiming the 2021 Berkshire County title under the lights at Pine Grove Park on Wednesday night.

Breaking through Nora Moser — and the Swat defense — was virtually impossible. ACS defeated the Dalton Warriors 8-0 to earn the 14U county crown.

"We were neck-and-neck with most of the other teams, especially this [Dalton team] at the end of the season," Moser said. "I think we all had good spirits, were on the same page and very positive today."

Moser started in the circle for ACS and allowed just two hits. Sam Kaley, Dalton's starting pitcher, singled to begin the game. The Swat quickly shut the inning down. A pop-up to Maryn Cappiello behind the plate quickly turned into two outs as she fired the ball down to first, turning the double play.

Moser struck out six batters in seven innings and while Dalton often put the ball in play, the ACS defense made sure Warrior runners couldn't stick on the bases. Maddie Saunders recorded four outs while playing second base.

"I have a lot of confidence [in this group defensively]," Moser said. "I've been with [this group] for a long time so I know their abilities."

The Swat defense remained impenetrable as the offense got to work in the second inning. Moser's RBI single highlighted a three-run second inning for ACS. Ashlyn Lesure finished 3 for 4 as the Swat added three runs in the third and two more in the fifth.

Moser, who also stole two bases and finished 2 for 3 at the plate, scored Hannah Lord with a single in the third and finished with a game-high 2 RBI. The third frame featured five singles for the SWAT. Left fielder Arianna Rivard dropped a bunt that tight-roped down the first-base line. Not only did she reach, but Cappiello scored on the play. A throw to second allowed Lesure, who scored twice, to cross home plate.

It was a long day for Kaley and the Warriors. Not only did they play the top seed in the title bout, but won the first game of a double-header to book a spot in the championship game. Dalton defeated South County 13-8 in the day's first game. Kaley picked up the win and worked out of a bases-loaded jam in the fifth inning without allowing a run.

The Dalton bats ran out of gas against Moser, who retired eight of the last 10 batters she faced to close the game. Dalton's second hit came via Meg O'Bryan on a single in the sixth.

While the Swat fell in the 14U title game at the Dalton CRA Tournament last weekend, the season ends on a positive note — atop the mountain as champions.