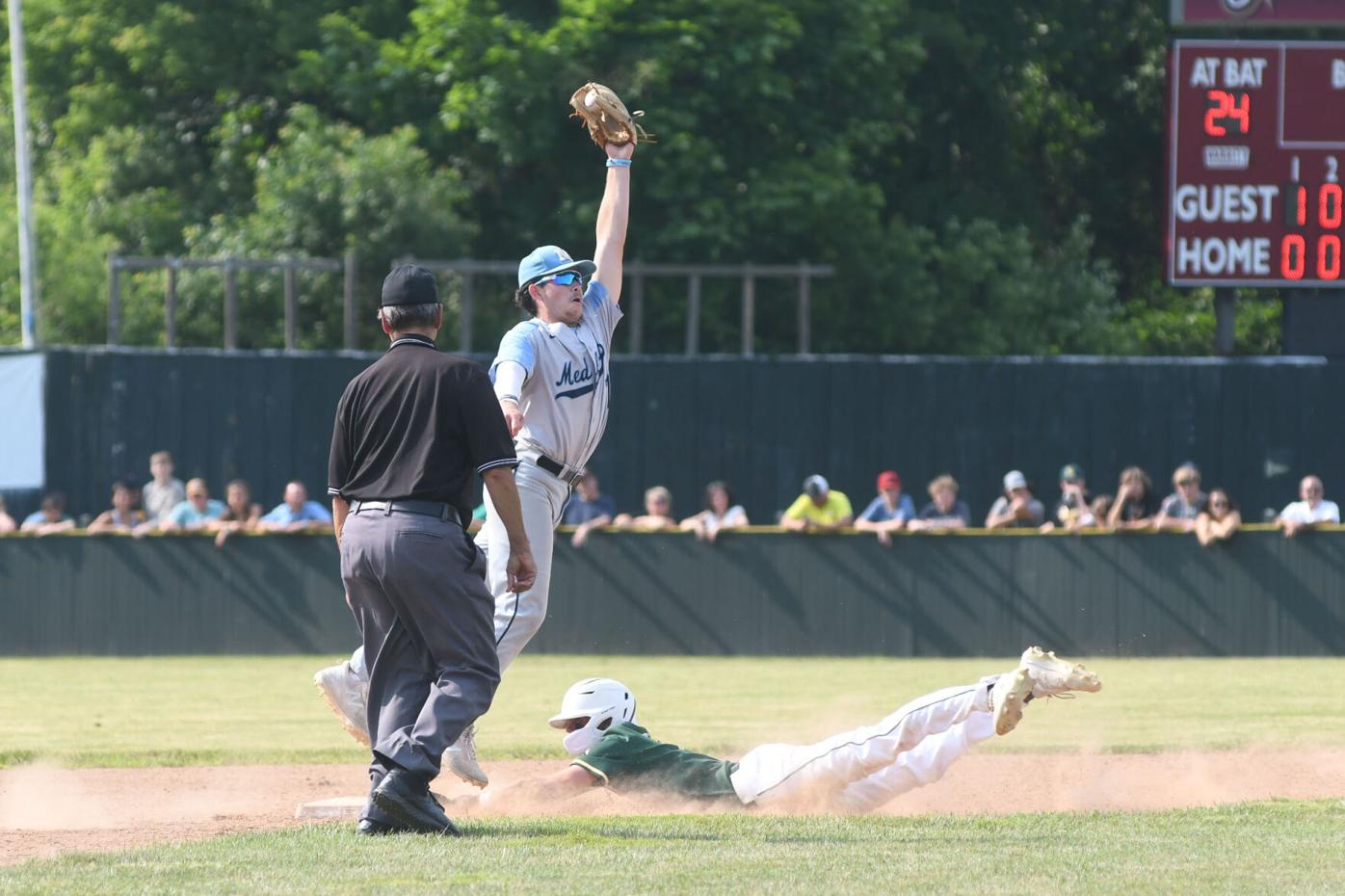 Taconic's Bo Bramer steals second as Medfield's Dennis Folan is unable to tag him out during the MIAA state Division III championship game at Wahconah Park this past summer. Bramer will be playing his college baseball at Division I Fordham. 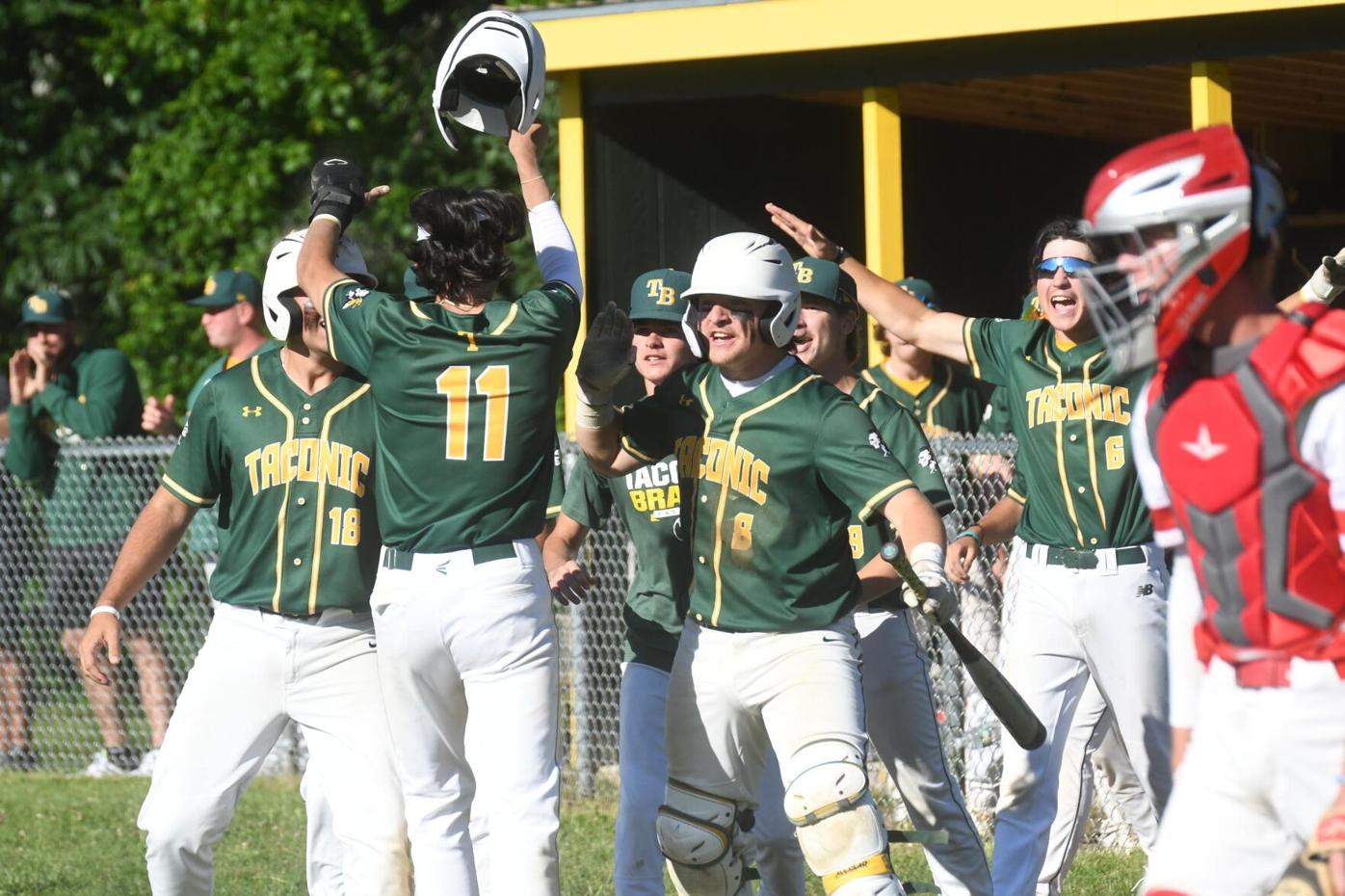 Taconic's Bo Bramer (11) will be playing his college baseball at Division I Fordham.

PITTSFIELD — For Bo Bramer, some of the pressure is off.

Bramer, a senior at Taconic High School, has decided he’ll play Division I baseball at Fordham.

“It’s great” to have the pressure of making that decision off, Bramer said. “It’s a big relief to just focus on getting better.”

Bramer, who hit .600 (9 for 15) in the postseason for the MIAA Division III state champions, said going to Fordham fits the way he plays baseball. Bramer, who was 8 for 8 on stolen bases during the 2021 postseason, will be playing for a coach in Kevin Leighton, who likes to keep things moving. The 2019 Fordham team led the nation with 178 stolen bases, a school record. Last year, in a shortened 24-19 season, the Rams stole 68 bases on 89 attempts.

“They led the nation in stolen bases three years in a row. My speed can help our team win,” Bramer said. “It’s like a puzzle piece. I fit right in.”

Leighton has been the head coach at Fordham since 2011. In 2019, Leighton’s team won the Atlantic 10 Conference tournament championship. With the title came a berth in the NCAA Division I tournament. The Rams lost to host West Virginia and then to Texas A&M in the regional at Morgantown, W. Va.

The Rams have had players drafted by Major League Baseball organizations, six of them have been picked in the last seven years. The most recent was left-handed pitcher Matt Mikulski, who was taken in the second round by the San Francisco Giants this year. He was a unanimous All-American and the Atlantic 10 pitcher of the year.

“They love the speed guys,” Bramer said. “I’m fast, but I can always make improvements. They do want me to get a little faster. I’m a skinny guy, so they want me to put some weight on. Other than that, they gave me the freedom and said ‘Hey go, just get better.’”

Jayder Raifstanger has made his decision. The rising junior, a shortstop at Monument Mountain High School, has made a verbal commitment to play baseball for Division I St. John's University.

PITTSFIELD — Anton Lazits still has two more seasons of baseball at Taconic High School. But The Berkshire Eagle's 2019 Baseball Pitcher of the Year, has already made his Division I college …

Bramer said that there was almost a Taconic reunion, as he “really liked” Columbia, where former Green and Gold teammate Anton Lazits is a freshman. Bramer said that Columbia, Davidson and Rhode Island were in the mix, before he made the choice to head to Rose Hill.

The future Ram said he and his family toured the Fordham campus about a month ago, and the decision came shortly after that.

“I went to campus, fell in love with it,” he said. “I love the coaching staff. It was great to interact with them. I met a few of the guys on the team and committed the next day.”

There’ll be a bit of a Berkshire County reunion coming to New York City within the next two years. Lazits is a freshman at Columbia, while Monument Mountain’s Jayder Raifstanger — still a high school junior — has made a verbal commitment to St. John’s.

That means three boroughs in the Big Apple are covered. Fordham is in The Bronx, Columbia is in Manhattan and St. John’s is in Queens.

Of course, St. John’s and Fordham haven’t played each other since 2010, while Columbia and Fordham last played in 2019.

“That’s another thing that’s really cool. I played with Anton. I played with Jayder,” said Bramer. “Just being anywhere near them is going to be a lot of fun, maybe play them.”

Evan Blake's torrid postseason in 2021 as a sophomore for Taconic garnered a lot of attention. Now, ahead of his junior campaign in Pittsfield, Blake has made his college commitment to D-I Bryant.

Taconic baseball players Bo Bramer and Sam Sherman signed their National Letters of Intent to play Division I college baseball on Monday. Bramer will play at Fordham, while Sherman will play at Merrimack.