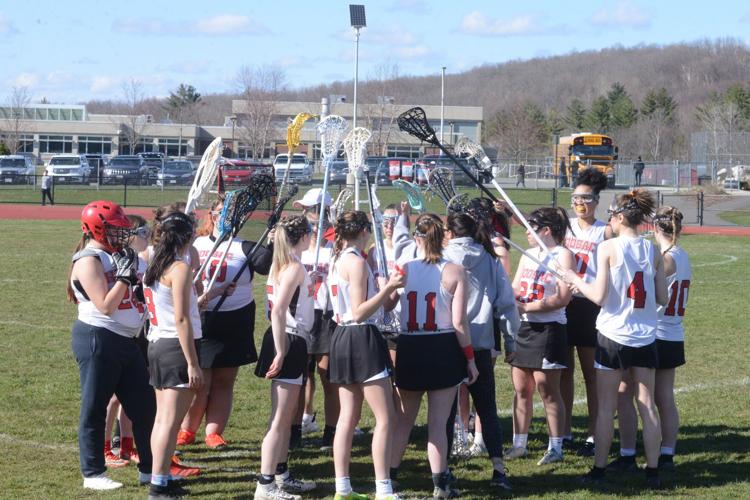 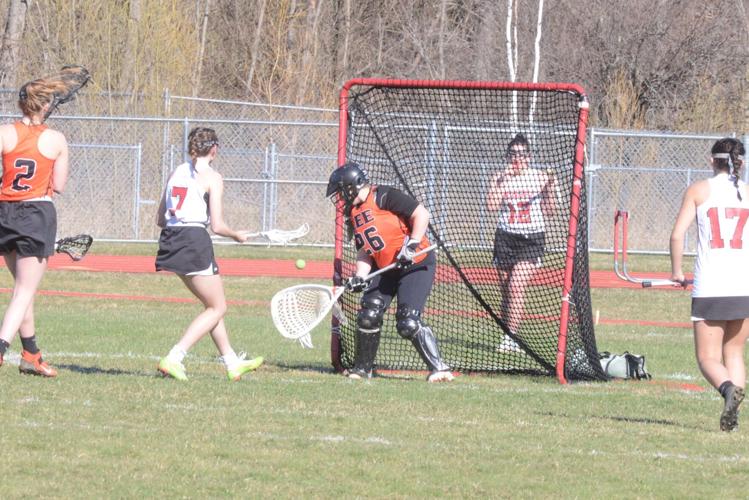 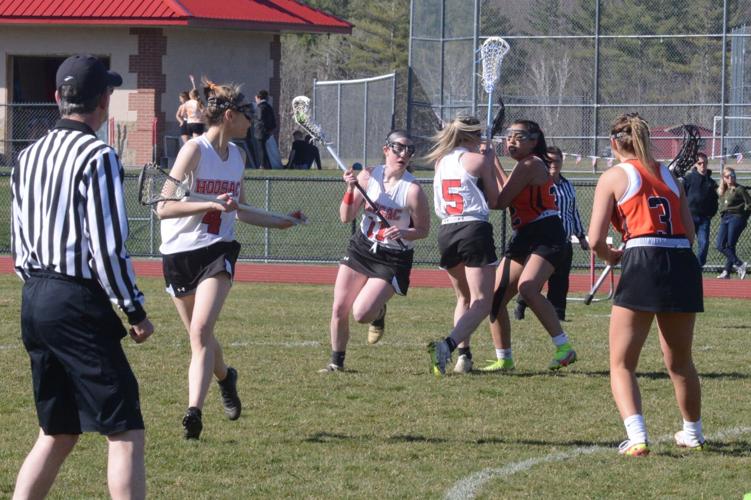 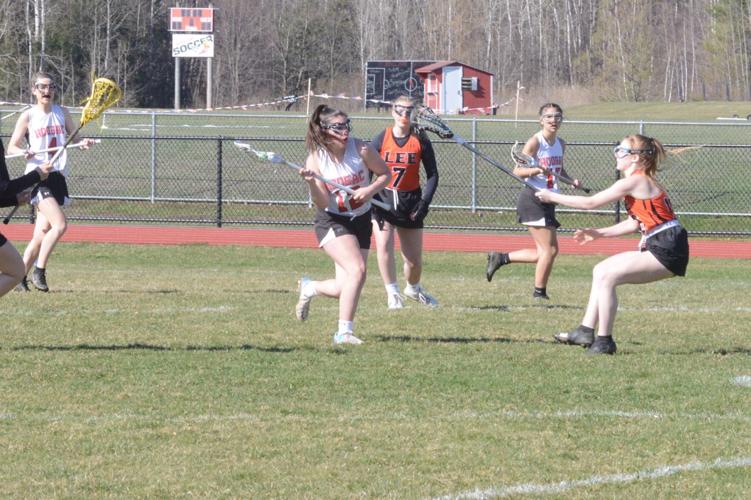 Hoosac Valley's Emma Meczywor charges down the field and tries to avoid a Lee defender during Friday's 7-4 win in Cheshire. 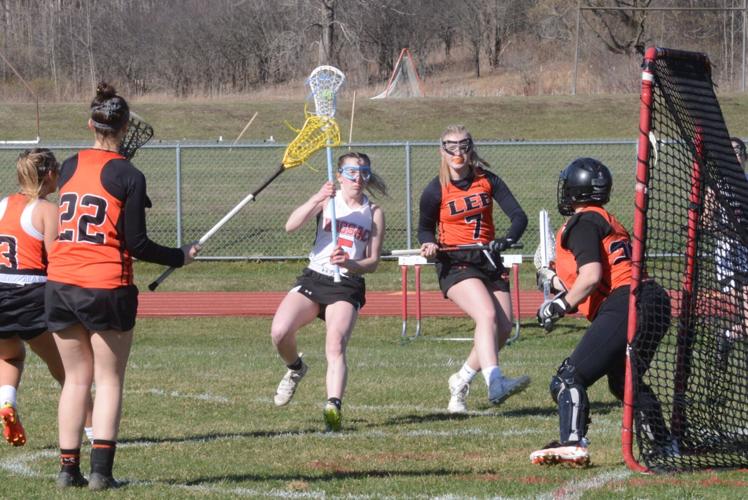 Hoosac's Lauren Davis looks for the open space in the Lee net during Friday's game in Cheshire.

CHESHIRE — From the start, Hoosac Valley’s golden rule has been that all the little things equal the big things.

Those little things include shot placement, winning the draw and getting back and maintaining transition defense — all of which were on display as the Hurricanes stayed unbeaten with a 7-4 win over county rival Lee on Friday afternoon.

“Lee is a good team, we always have tight games with them and knew it would come down to a couple of little things,” coach Molly Meczywor said. “We’ve been talking since the beginning, the little things are what equals the big things.”

Emma Meczywor led the Hurricanes (4-0) with four goals and shot placement was a major key to the success. Hoosac won the opening faceoff and worked the ball down to Lauren Davis, who found Emma Meczywor for a bouncing goal just 40 seconds into the first half.

Four minutes later, Meczywor skipped another into the net for the early 2-0 advantage.

“[Lee goalie Sierra Beckman] has always been one of the best in the county,” Molly Meczywor said. “She is phenomenal and we worked on going low this week. I think that was a difference today — the placement of shots.”

Beckman finished with nine saves on the afternoon and a few stops in the first half opened the door for the Wildcats (3-2) to start making up some ground.

Annette Boyko wrapped around Hoosac’s net and dropped the ball over the top, tying the game at two just seven minutes into the action.

An offsides call against Hoosac created an opportunity for Lee to take the lead. Boyko delivered with her second goal, giving the Wildcats a 3-2 advantage.

The Hurricanes, with eight minutes left in the half, took command of the narrative as Jacinta Felix, who scored twice, tied the game at three with a shot that just escaped past Beckman.

Ball movement helped the Hurricanes establish the lead they did not relinquish. Davis and Emma Meczywor’s two-player game resulted in an open look for Meczywor, who created a 4-3 advantage for Hoosac.

Meczywor and Felix both scored with less than 80 seconds left in the first half, bumping the lead to 6-3.

In the second half, Ashlyn Lesure corralled a ball off the draw and shot up the middle of the field, creating another opportunity for Meczywor, which extended Hoosac’s lead to five.

“I thought we did a great job on the draws earning possession and I think that is a huge motivator for us,” Molly Meczywor said. “Ashlyn had a few draws that were difference makers.

After letting up three goals in the first half, Hoosac shut down Lee’s offense and only allowed one goal, a Phoenix Lucido one-timer from Hailey Tobler.

“Defensively, I thought Maryn [Cappiello], Tia [Kareh] and Mallory [Mazzeo] did a nice job collectively,” Molly Meczywor said. “A lot of smaller things today, which is nice to see.”

The Hurricanes can enjoy the win through the weekend before Monday’s game at Amherst. The Wildcats are off until Tuesday when they’ll welcome Springfield Central to Lee.