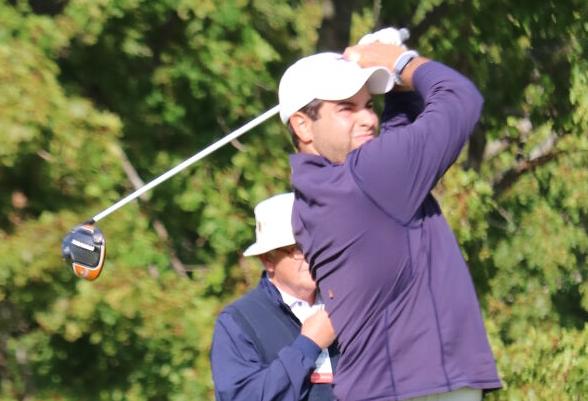 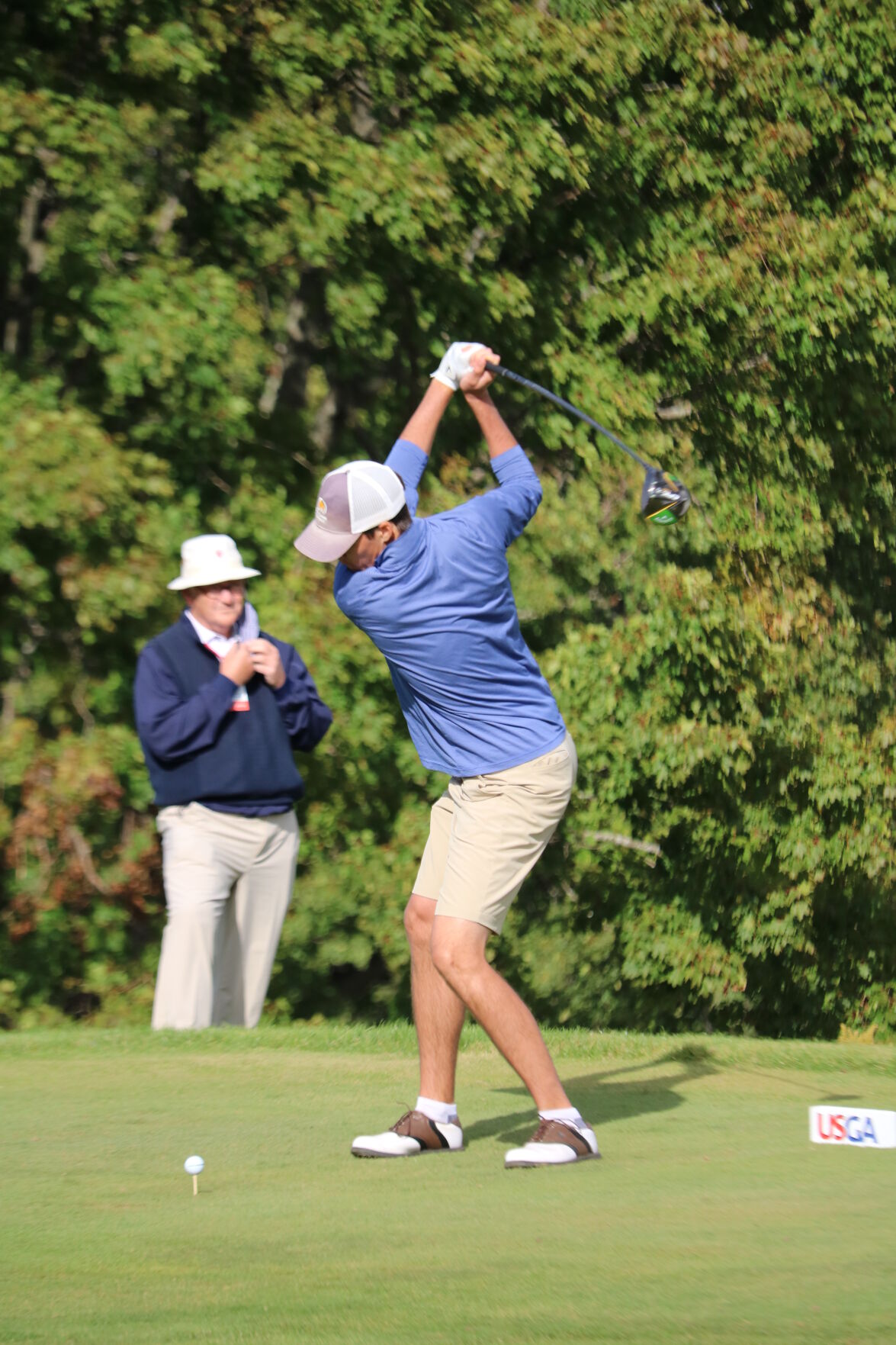 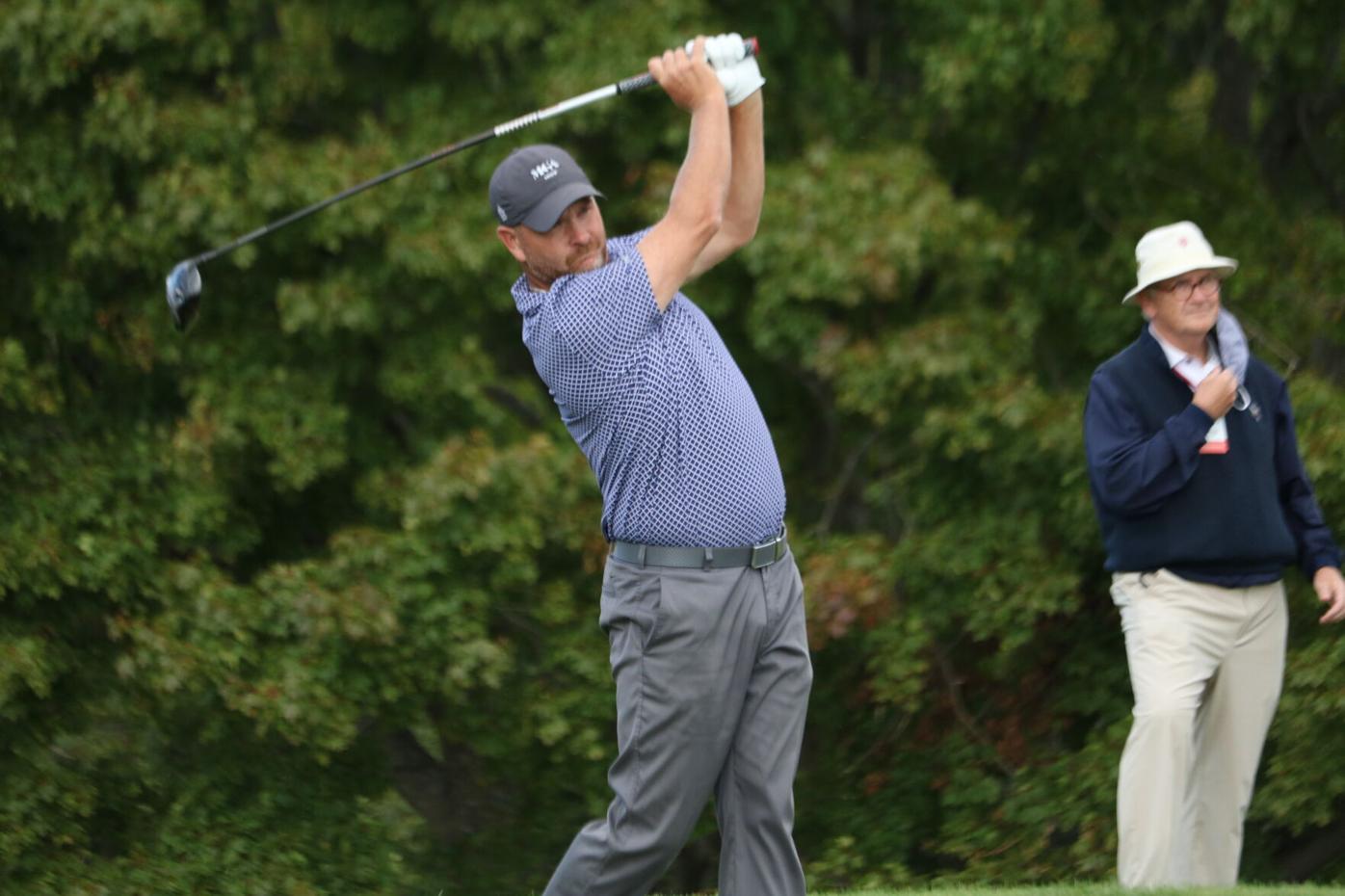 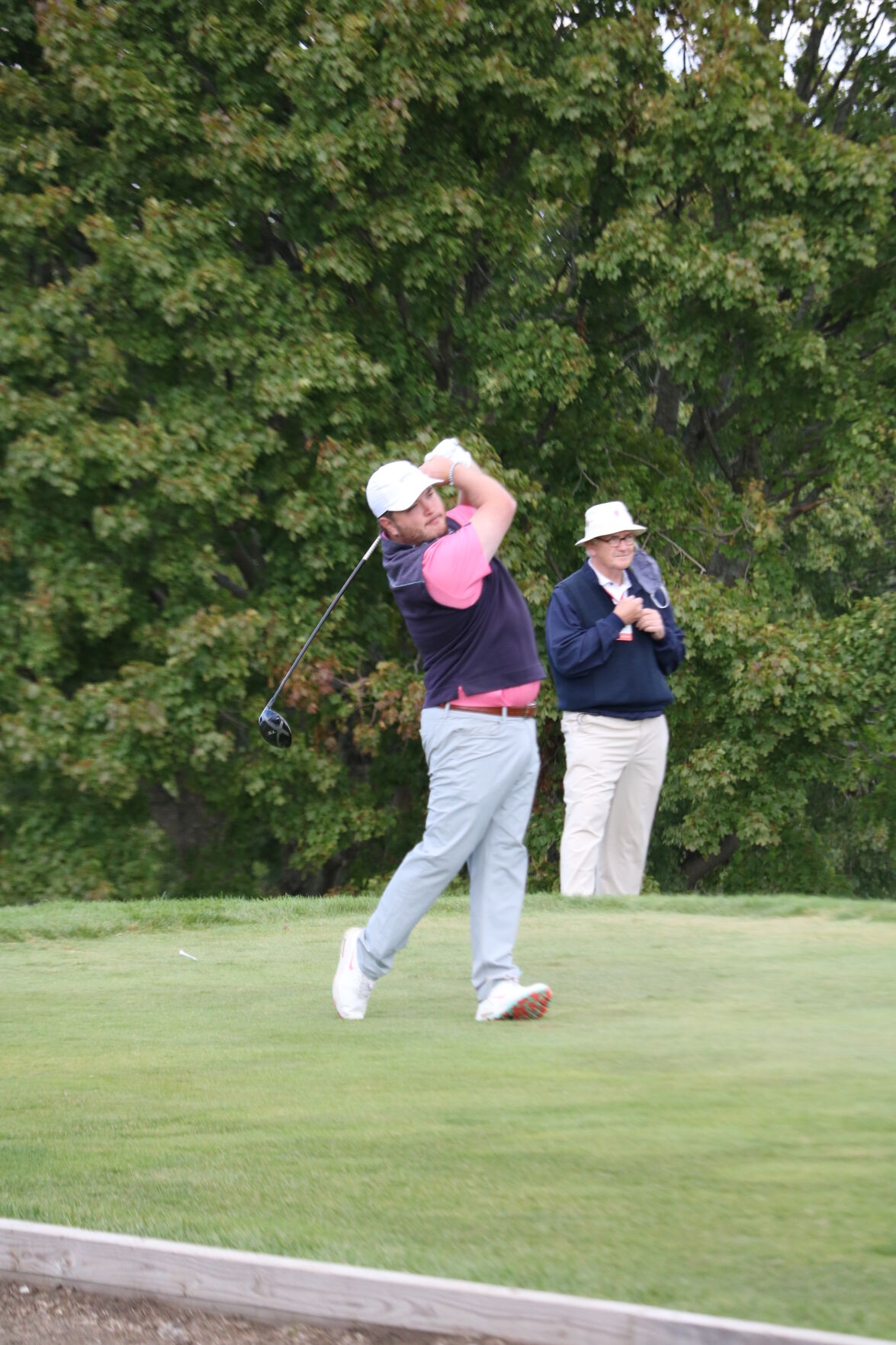 PITTSFIELD — Just over a year ago, Williams College graduates Sam Goldenring and Will Kannegieser were in a playoff at the U.S. Amateur Four-Ball qualifier at the Springfield Country Club.

“Will and I were in this position last year, so we had some unfortunate experience and things didn’t quite go our way,” said Goldenring, as his team was the first alternate after losing in a playoff for the second spot in 2019. “Will had my back for most of this round, so I had his back on this hole.”

This year was completely different.

The two former Eph golf standouts finished in a three-way tie at 6-under-par 66 in the 2020 qualifier at Berkshire Hills Country Club on Tuesday. A birdie putt by Goldenring and a birdie putt by Nick Maccario helped decide the two teams who will head west next May to compete in the Four-Ball Championship.

The third team in the playoff, Pittsfield natives Jamie Cimini and Josh Shepard, parred the playoff hole, the par-5 10th, and are the first alternates.

The teams of Goldenring and Kannegieser and Mike Calef and Maccario both started at the first tee, while Cimini and Shepard started at No. 10. As the last group on the course, everyone waited to see if Cimini and Shepard would join the other two teams in the playoff, or if they could find a way to gain one extra stroke.

Shepard birdied the par-3 seventh, but the duo parred their final two holes to go into the playoff with their 66. The other teams birdied their final holes, the par-5 18th, for their rounds of 66.

“We missed a lot of putts and Mike made a lot of key ones on the back nine, so he kept us in it,” said Maccario, who shot an incredible round of 56 back in August at the Bradford Country Club in Haverhill.

“I felt good about” the playoff hole, Maccario said. “I three-putted from 20 feet for par, so I knew that I could hopefully make birdie the second time around. I like the hole. We both played it really well and just missed a couple of lines in the first round. We felt comfortable.”

It came down to Goldenring and Maccario on the playoff hole. Shepard had lipped a birdie putt out, and Cimini also missed on a birdie. Kannegieser, who started the playoff hole by having to play to the hole from between two sets of trees left of the 10th fairway, got on the green in three but missed a 25-foot birdie putt. Calef had a short birdie putt, but that rolled around the hole and away.

That left it up to Maccario and Goldenring, who if both birdied, would clinch trips to Washington state. If they parred, there would be a second playoff hole.

Maccario made his short birdie putt. Goldenring had placed his second shot above the green on the right from just behind a bunker.

“The lie was okay, so I knew I had enough green to work with. So, get it up over the bunker. Even if I hit it a little fat or hit it not perfect, it would roll down there,” said Goldenring, who was the most recent NCAA Division III individual champion. “I hit it perfectly. I’ve been working really hard on my short game. I’m starting to see some results, and it was a big stage to see it.”

The short putt hit the bottom of the hole, and the trips to Tacoma were booked.

It’s been another good summer for Kannegieser, who won his second Maine State Golf Association Match Play Championship in as many years, and also finished third in the 2020 Maine Amateur.

“I hit the only ball that turned over today and I didn’t get a great lie. My partner pulled me through,” said Kannegieser. “That’s why he’s my partner. We didn’t have our best, but we got through.

The Country Club of Pittsfield duo of Chad Alibozek and Adam Brickle finished two shots behind the playoff teams. They began on the 10th tee, and finished up with a 68. They made the turn in 1-under 36, and managed three birdies on their back nine for a 32. Alibozek had four of his team’s five birdies.

“This guy played out of his mind,” said Brickle, pointing to Alibozek. “He birdied No. 2 with a nice eight-footer that got us going. I saved it on three, which was nice. We were hanging in there and then Chad made a couple of nice putts. I chipped in on five for a birdie.”

Jim Gifford and Daniel Russo, who shared the Berkshire Hills Fall Classic title with Steve Sykes and Bob Linn, went off from the 10th hole in the day’s first foursome. They made the turn at 3-under 34, but were even-par 35 on their back nine (the front nine at Berkshire Hills), and finished with 69.

The 69 was two shots behind the 67 the Capital District duo shot in each round of the Four-Ball Fall Classic.

“We didn’t make any putts,” Gifford said. “We were 3-under at the turn and we had some good looks. Went over to the front nine and we couldn’t get anything to go. We made one bogey on six.

“We had some good looks, but it’s a putting contest in this tournament.”

Gifford and Russo, who also won August’s Little Brown Jug in a playoff, birdied the 10th, the 16th and the 18th holes. But after making the turn, they birdied the par-5 second, but both bogeyed the par-4 sixth. They parred their way home for the 69.