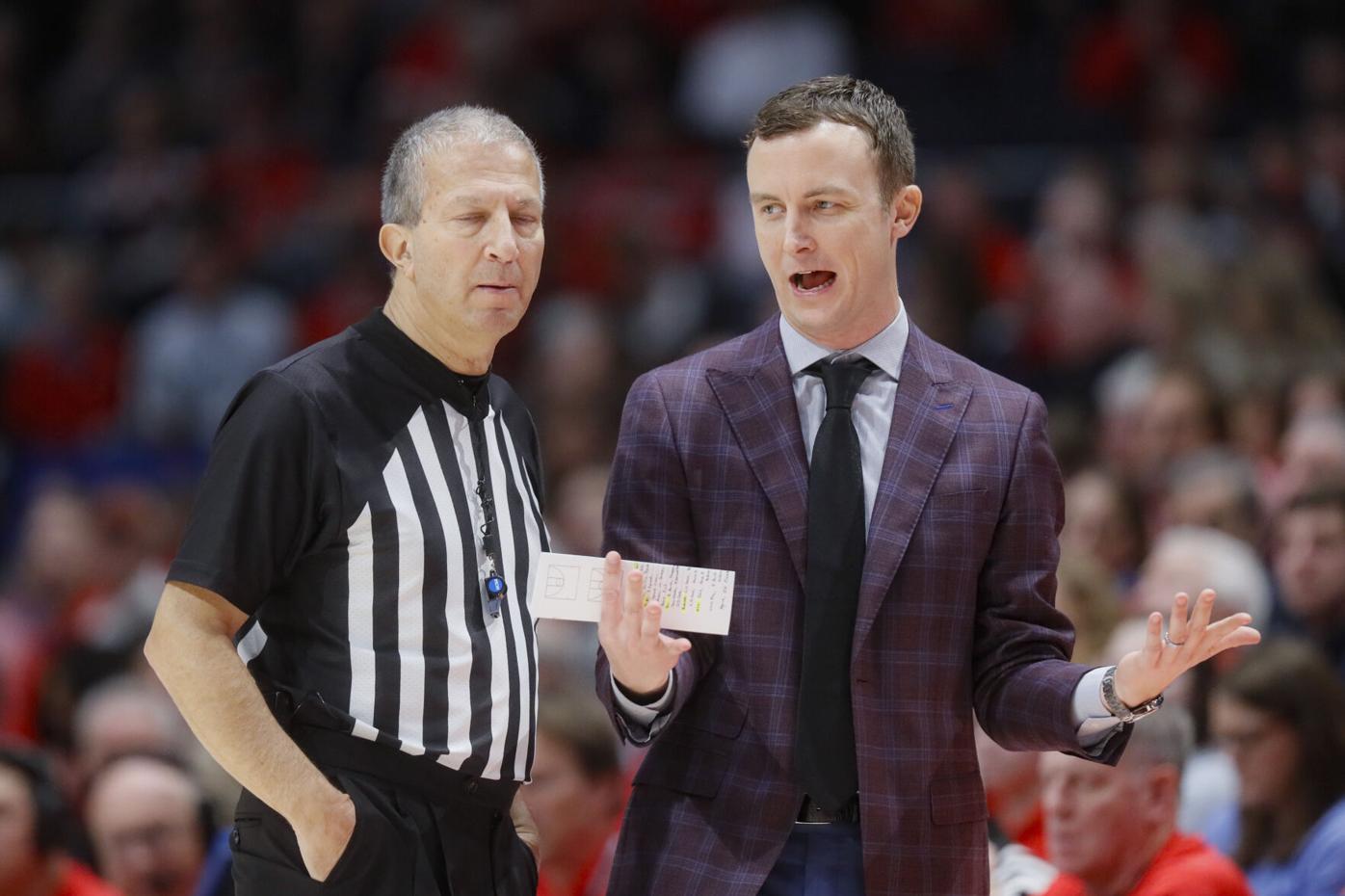 Head coach Matt McCall and the UMass men’s basketball team will take part in a series of bubble games this winter at Mohegan Sun Arena in Connecticut. 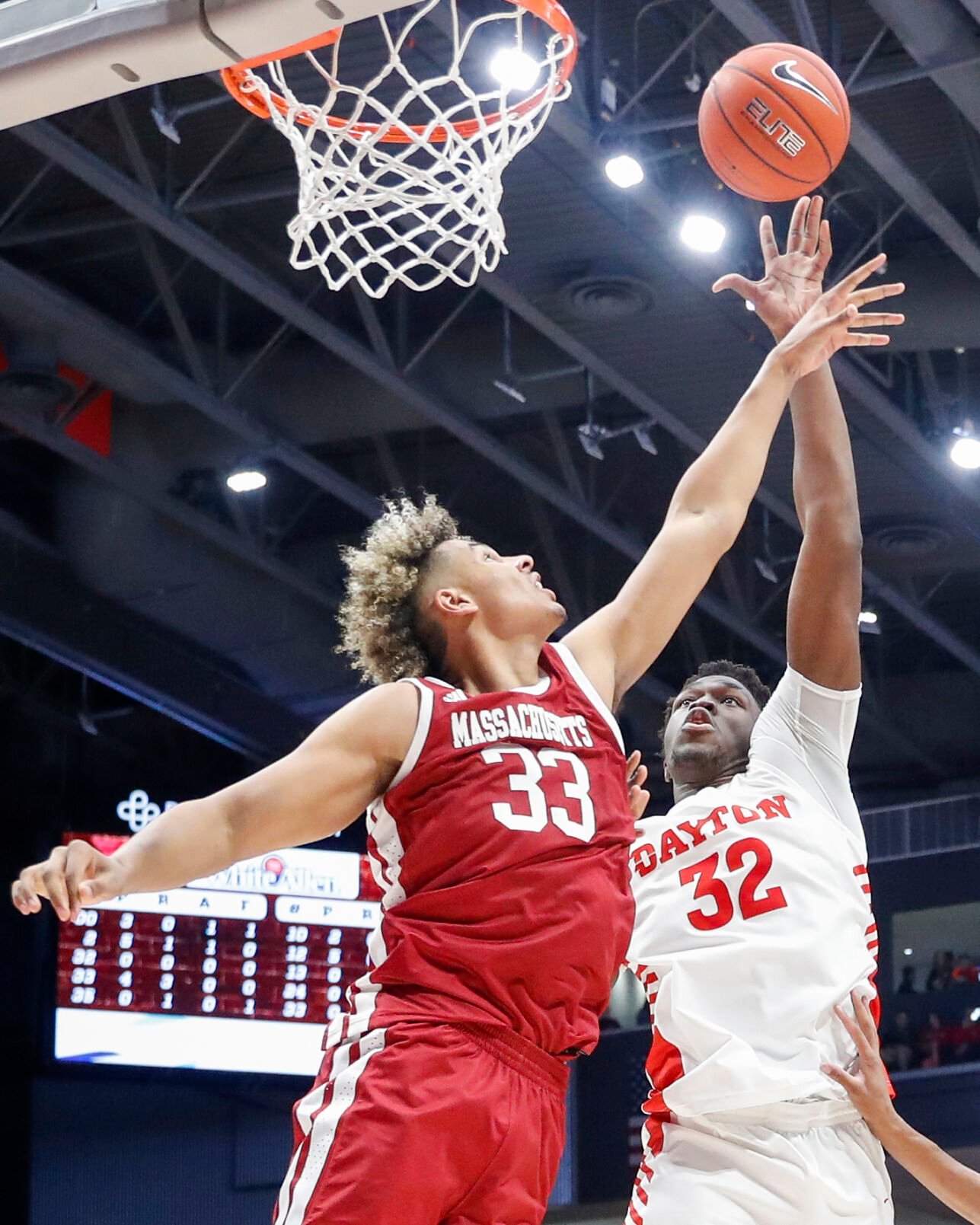 Tre Mitchell and the UMass men’s basketball team will take part in a series of bubble games this winter at Mohegan Sun Arena in Connecticut.

Head coach Matt McCall and the UMass men’s basketball team will take part in a series of bubble games this winter at Mohegan Sun Arena in Connecticut.

Tre Mitchell and the UMass men’s basketball team will take part in a series of bubble games this winter at Mohegan Sun Arena in Connecticut.

The University of Massachusetts men’s basketball team is heading for what is being called “Bubbleville.”

It was announced on Friday that UMass will be one of nine more college basketball teams participating in regular-season tournaments inside a bubble at Mohegan Sun Arena in Uncasville, Conn., at Thanksgiving time.

UMass will be in a pod with regional rival Siena and the University of Delaware. The Minutemen will play both of those teams, with a third game still to be scheduled. Dates, times and television broadcast details will be released at a later date.

The so-called “Bubbleville” currently includes 29 different teams playing in different events. One of the regular Mohegan Sun tournaments is the annual Basketball Hall of Fame/Air Force Reserve Tip-Off Tournament. That’s the tourney UMass played in a year ago, losing to reigning NCAA champion Virginia and then to St. John’s. UMass played in the Naismith Bracket last year, and the teams in this year’s Naismith field include A-10 rival Rhode Island, South Florida, Temple and Virginia Tech.

The Hall of Fame and the Gazelle Group announced the three additional pods that will be playing at Mohegan Sun from Nov. 25 until Dec. 2.

CBS Sports college basketball insider Jon Rothstein reported on Twitter that UMass would play Iona in the third game. If that happens, it would match up UMass graduate, and Hall of Fame coach Rick Pitino against his alma mater and his extended basketball “family.”

Pitino, inducted into the Naismith Memorial Basketball Hall of Fame in 2013, graduated from UMass in 1974, where he played for Jack Leaman. If this game comes to pass, it would be the first time since 1996 that Pitino had coached against his alma mater.

In fact, he coached against UMass twice in the 1995-96 season. John Calipari’s Minutemen beat Kentucky 92-82 in the season opener. The Wildcats came back and beat the Minutemen 81-74, in the 1996 Final Four at The Meadowlands. Kentucky went on to win the national championship.

One of Pitino’s proteges is current Chicago Bulls coach Billy Donovan. Donovan played for Pitino at Providence and coached under Pitino at Kentucky. UMass coach Matt McCall spent 11 seasons working under Donovan at Florida, rising from graduate assistant to director of operations to assistant coach. McCall was an assistant at Florida when he took the head coaching job at Chattanooga.

Of the nine teams making up Pods Two, Three and Four, there are two each from the Atlantic 10, the Colonial Athletic Association and the Metro Atlantic Athletic Conference. There will be one team from America East, the Mid-American Conference and the Southland.

If UMass ends up playing Stephen F. Austin in a third game at Mohegan Sun, it would mark the first time the two schools had met since 2008. That was a game in the NIT, a game UMass won 80-60.

In a statement from the school, McCall said that if his team can make some noise at Mohegan Sun, it could be the start of something very big for the school.

“It is a very talented group,” McCall said of his newcomers. “We needed this class to elevate and help us get to the top of the [Atlantic 10 Conference], and we feel like we’ve done that with this group.”

Mohegan Sun and “Bubbleville” will host several events that have been moved around due to the COVID-19 pandemic. The casino complex provides, according to a release from the Gazelle Group, “a controlled environment with teams and event staff adhering to tribal, government and NCAA health and safety protocols and testing requirements.”

In addition to the aforementioned tournaments, the Legends Classic and the Empire Classic have both been moved to Mohegan Sun. The Legends Classic, featuring UConn and Notre Dame, had originally been scheduled to be played at Barclays Center in Brooklyn. The Empire Classic benefitting the Wounded Warriors Project, was set for Madison Square Garden and was featuring Villanova and Boston College.

UMass has not announced its non-conference schedule, and has not yet announced when it will play its A-10 conference games. The Minutemen will, however, play home-and-home games against Fordham, George Mason, La Salle, Rhode Island and Saint Louis. Davidson, Dayton, Richmond and St. Bonaventure are also scheduled to appear at the Mullins Center this winter.

The school has not, however, made a determination if home games would be open to spectators and if so, how many.