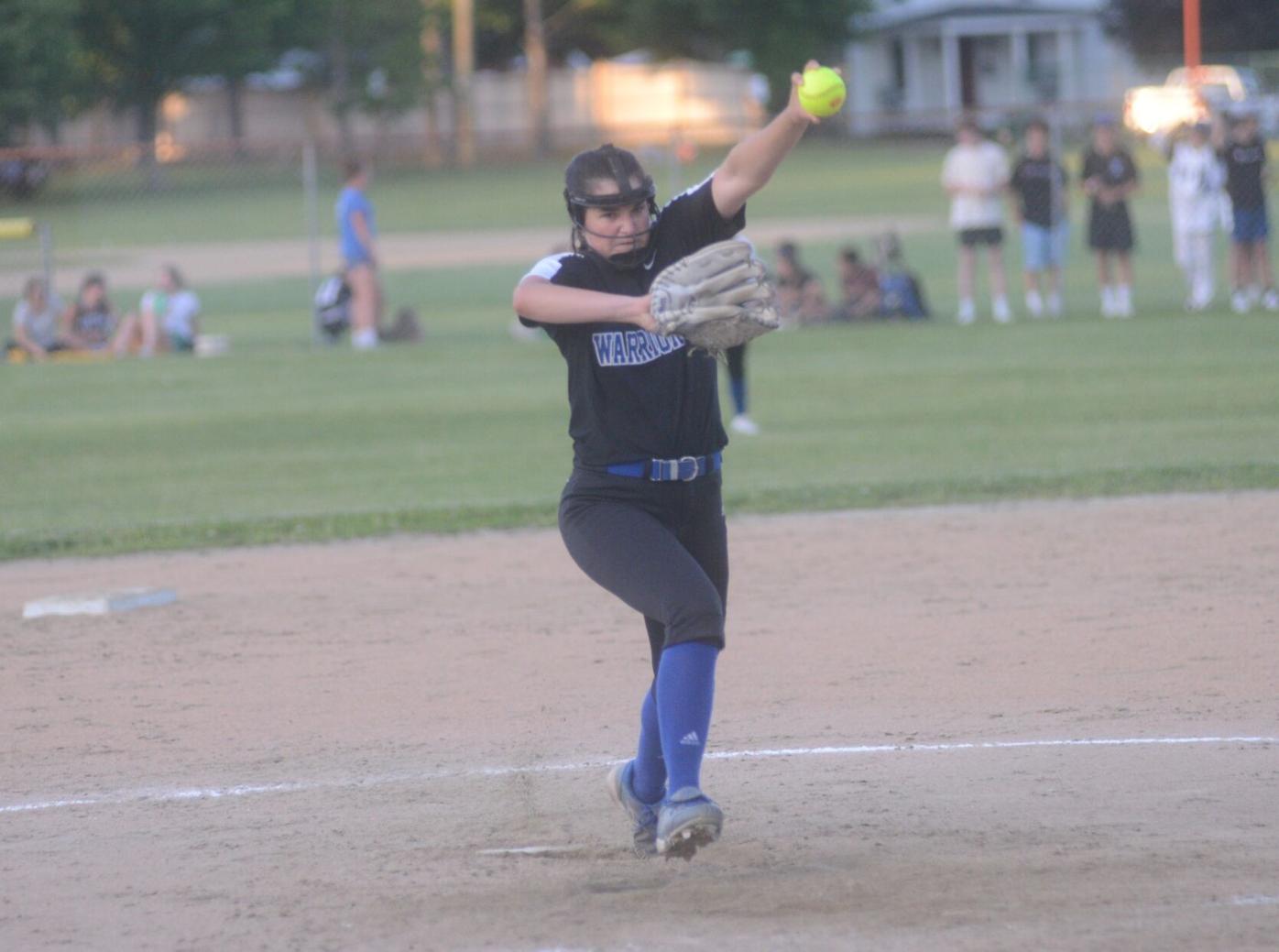 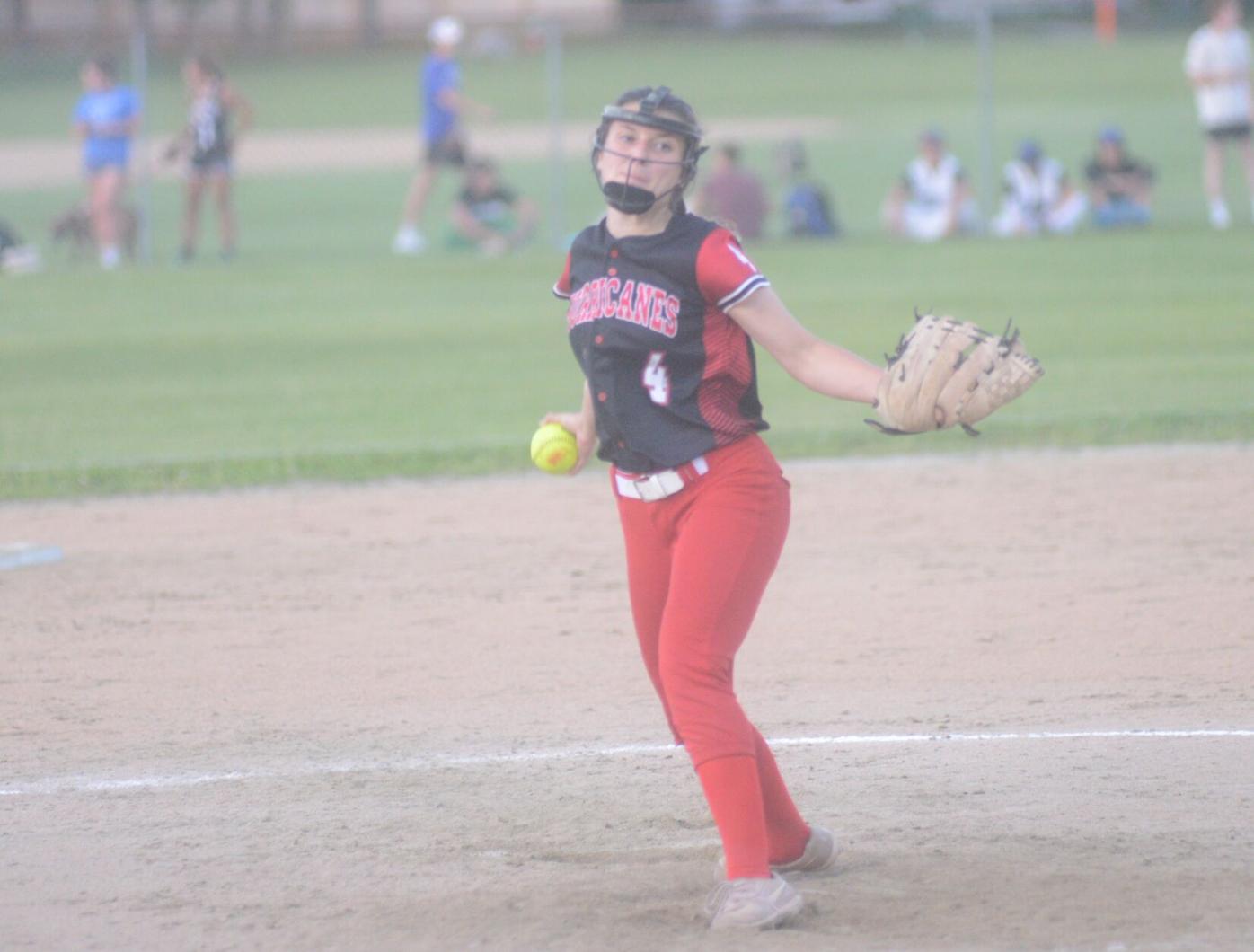 Hoosac Valley's Madi Puppolo was named to the All-Berkshire team by local coaches.

Hoosac Valley's Madi Puppolo was named to the All-Berkshire team by local coaches.

Hoosac Valley’s Madi Puppolo and Wahconah’s Avery Vale-Cruz went pitch-for-pitch early in the game, but the Warriors manufactured enough offense to close the regular season with a 5-1 win over the Hurricanes.

“Madi and Avery are two of the top pitchers in this league,” said Kaylee O’Bryan, Wahconah’s first baseman. “This game meant a lot for us. We wanted to push ourselves and prepare for the postseason.

Puppolo worked a walk in the top of the first and quickly stole second base before Rylie Bishop knocked her home with a single for the game’s first run. That run, however, was the only time a Hurricane crossed home against Vale-Cruz.

In fact, only one more baserunner reached safely for Hoosac Valley over the next six innings, as Vale-Cruz went to work striking out 15 batters in the one-hit complete game.

Wahconah wasted no team answering the early deficit and it started with the seniors at the top of the lineup.

Morgan Marauszwski got things going with a single. Julia Trager stepped into the box focused on moving Marauszwski to second on a sacrifice bunt, but raced to first and beat the throw, good for an infield single.

With runners now at the corners, Marauszwski and Trager executed a double-steal to plate Wahconah’s first run. Trager later scored on an error to give the Warriors a 2-1 lead after one.

A pitching duel ensued over the next three innings as neither team could get the offense moving. Puppolo finished with six strikeouts and allowed just one earned run on the day, but the Hurricanes ran into trouble in the bottom of the fifth.

Trager worked a two-out walk and Casey Wilson singled to put two runners on base with O’Bryan stepping into the batter’s box. In a one-run game, O’Bryan had a chance to provide her pitcher with a bit of wiggle room.

“I grew up playing against Madi through travel ball and she is such an amazing pitcher,” O’Bryan said. “She has a raise ball that gets us a lot and she has an amazing change up.”

The at-bat quickly turned into a chess match as O’Bryan fouled off pitch after pitch, looking for something to put in play. The Wahconah senior saw 12 pitches in her appearance at the plate before lifting a ball into right field.

“I can’t give up,” O’Bryan said of her mindset at the plate. “Put the ball in play and good things happen.”

The ball found some grass in the outfield, allowing two runs to cross home, increasing Wahconah’s lead to 4-1.

Ella Quinto knocked a pinch-hit double in the sixth inning as the Warriors added another insurance run in the frame.

The Warriors celebrated O’Bryan, Marauszwski, Trager and Kaitlyn Olds prior to the game as it was Senior Night at Pine Grove.

“I was so excited to play with the girls I grew up with,” O’Bryan said of the pre-game festivities. “We’ve accomplished so much so far that we just had to leave it all on the field in our last regular-season home game.”

The win was Wahconah’s 12th straight and the final chapter of the 2021 regular season for each team.

The Hurricanes and Warriors have a few days to recharge the batteries as seedings and tournament information for the 2021 Massachusetts Interscholastic Athletic Association softball tournament will be available on the MIAA website after June 16.