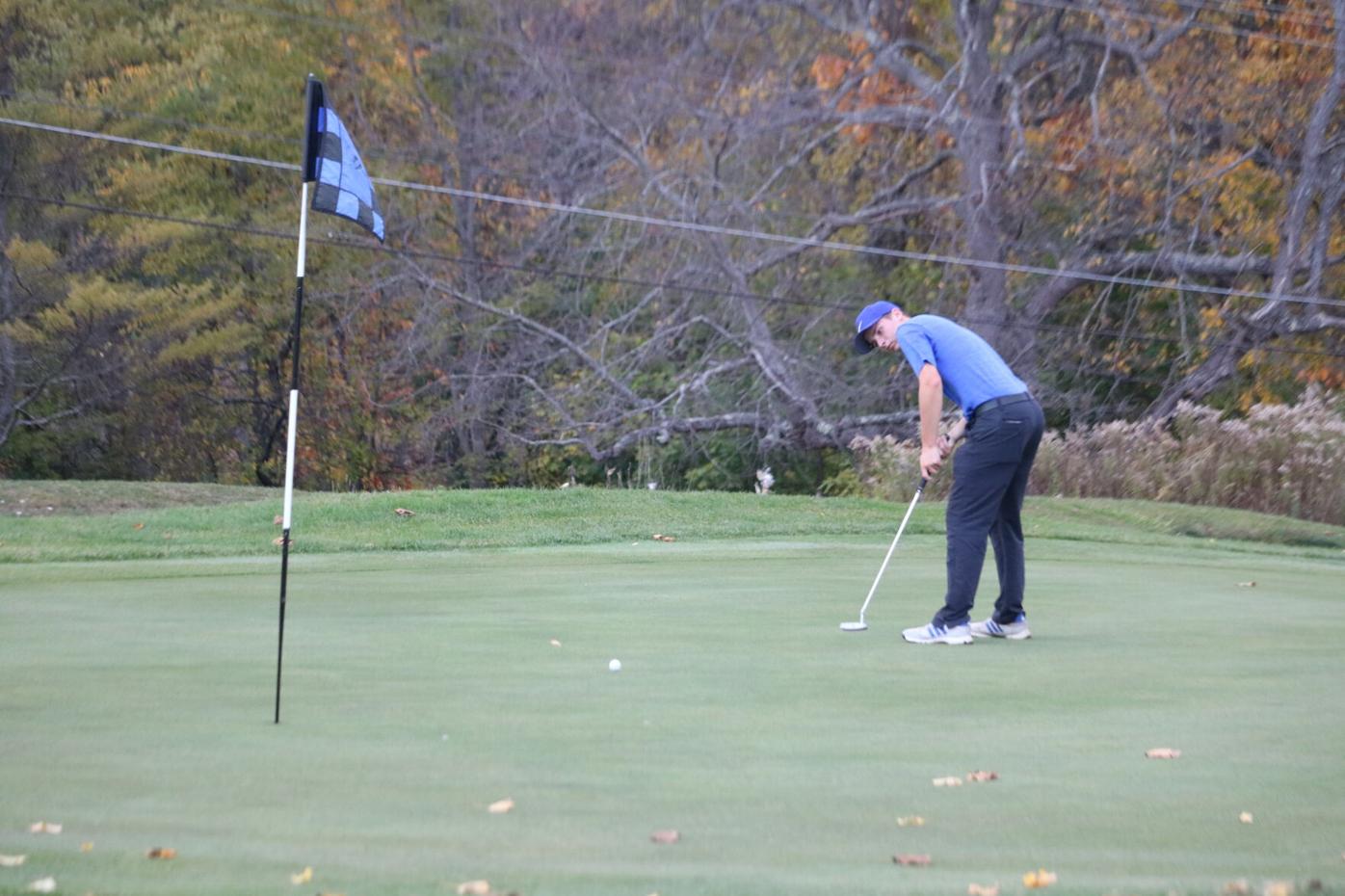 Wahconah’s Dan Wilson shot a 4-over 39 on his home course at Wahconah Country Club on Wednesday, helping the Warriors to a tri-match sweep over Monument Mountain and Mount Greylock. 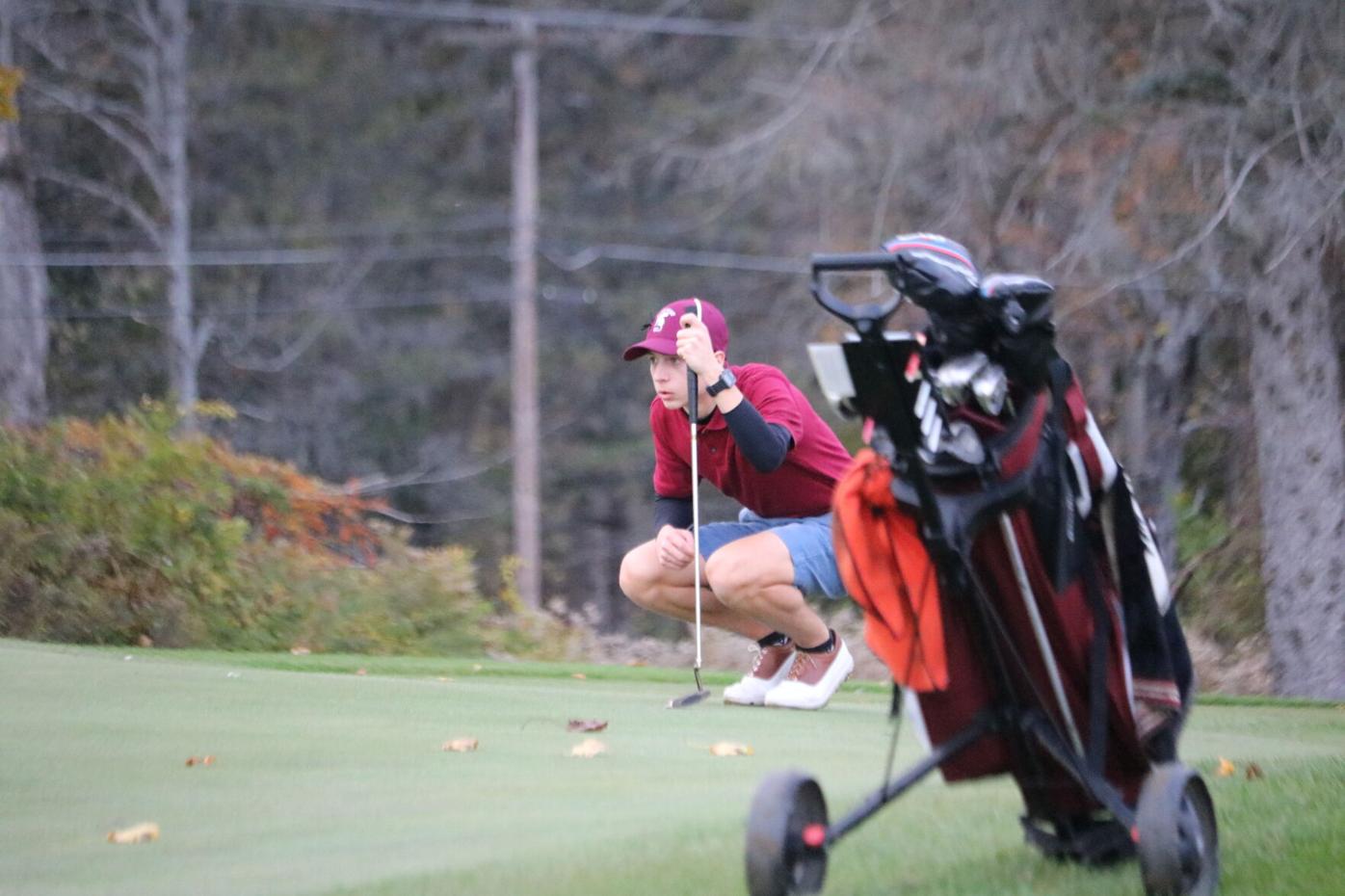 Monument Mountain’s Benj Ryel was the medalist by two strokes, shooting a 2-over 37 at Wahconah Country Club in a high school golf match on Wednesday. 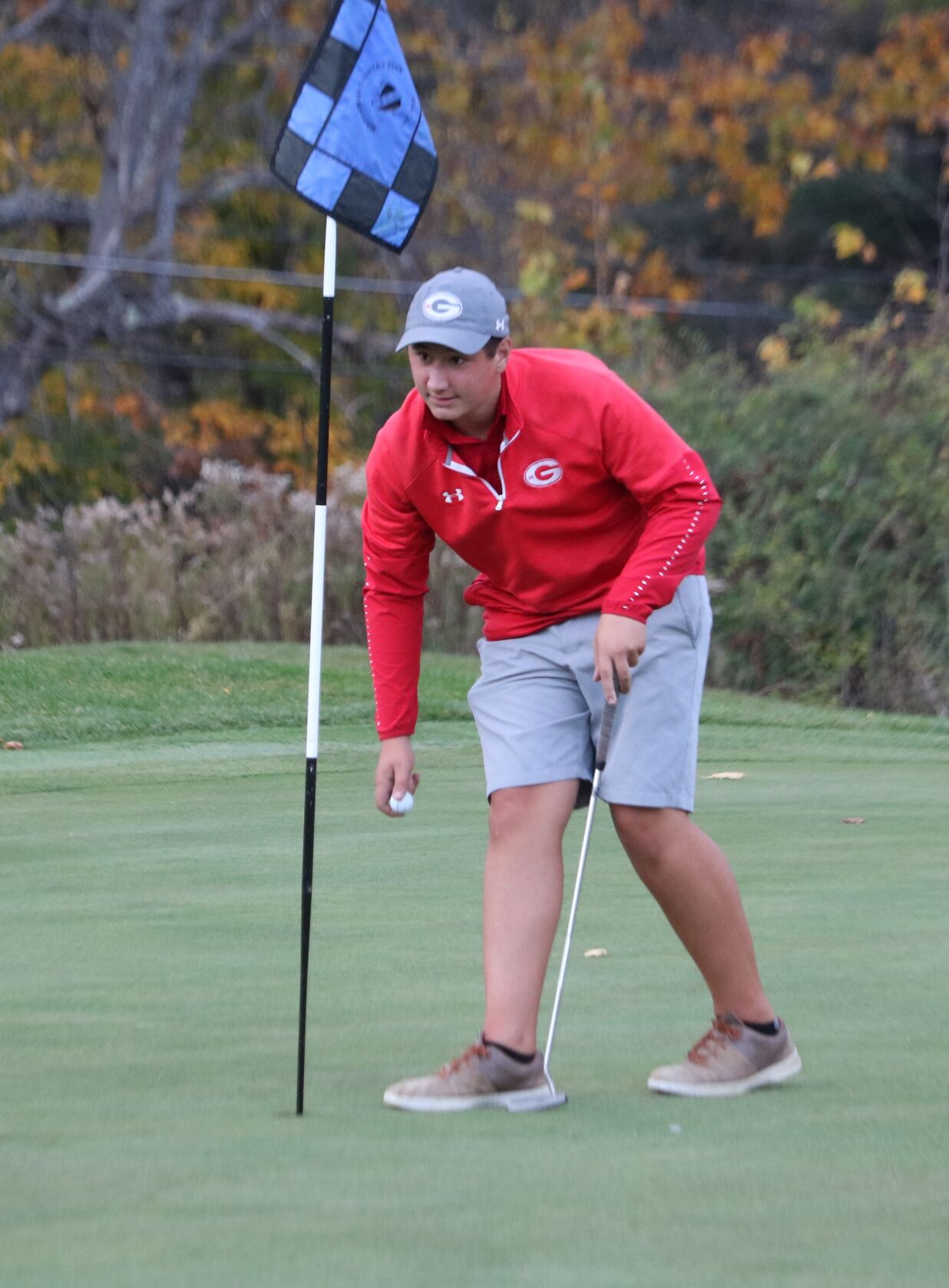 Wahconah’s Dan Wilson shot a 4-over 39 on his home course at Wahconah Country Club on Wednesday, helping the Warriors to a tri-match sweep over Monument Mountain and Mount Greylock.

Monument Mountain’s Benj Ryel was the medalist by two strokes, shooting a 2-over 37 at Wahconah Country Club in a high school golf match on Wednesday.

DALTON — It felt good to be home for Wahconah on Wednesday night.

The Warriors golfers bounced back from a Tuesday afternoon road loss at Wyantenuck to sweep a tri-meet on the links at Wahconah Country Club.

Wahconah put all six competing student-athletes under 50 on the par-35 front nine, and it’s four scorers under 45 for a team total of 165. Mount Greylock scored a 178, while the day’s medalist, Benj Ryel, and his Monument Mountain Spartans finished with a 189.

Ryel shot a 2-over 37 with a pair of birdies to nab the top round by two strokes over the hosts’ Dan Wilson. But it was Wilson’s Warriors who had the depth and hometown knowhow.

Wahconah got a 40 from Pat McLaughlin, 42 from Cam Lewis and a 44 from Tim Kaley to seal the win.

“Very steady scores from Pat and Dan,” Wahconah coach Pat Terpak wrote in an email. “We have definitely learned to play at home and are taking strides forward to start doing the same on the road. Everyday is a learning experience for our young crew. It’s great to be out here.”

Wahconah was beaten by Monument in Great Barrington a day before, 166-178, with Ryel and Wilson sharing medalist honors.

Wilson started his round Wednesday consistently, playing with Ryel and Greylock’s Owen Petropulos (41), by picking up two pars and a bogie, before evening out with a birdie on the par-4 third hole. Petropulos also birdied the hole, while Ryel had his lone double-bogey hiccup to slide behind by two strokes. The Warriors’ No. 1 reeled off three-straight pars through the eighth hole, but stumbled a bit trying to finish it out. A seven on the par-4 ninth hole let Ryel slide back into the driver’s seat.

The Spartans top man opened his afternoon with a birdie, and then posted a magnificent second birdie on the par-3 sixth hole to draw back even with Wilson. There were only five pars on six in the entire match. After a bogey on seven, that allowed Wilson to slip back in front, Ryel stayed calm and sank par putts on the final two holes to take home medalist honors.

Petropulos had a pair of birdies himself, notching threes on the par-4 fourth and eighth holes. A triple-bogey on six and a bogey on nine dropped him a stroke behind McLaughlin, though.

McLaughlin’s round was a consistent one, with four pars and no double-bogeys. Lewis had four pars as well. Wahconah’s only other birdie on the day was from Kaley on the par-4 first hole.

Monument got a birdie from Shea Hull (50) on the par-5 seventh hole, while Bradley Danyluk carded three pars for a 46.

Greylock’s Alexander Axt parred three of his last four holes to finish with a 43.