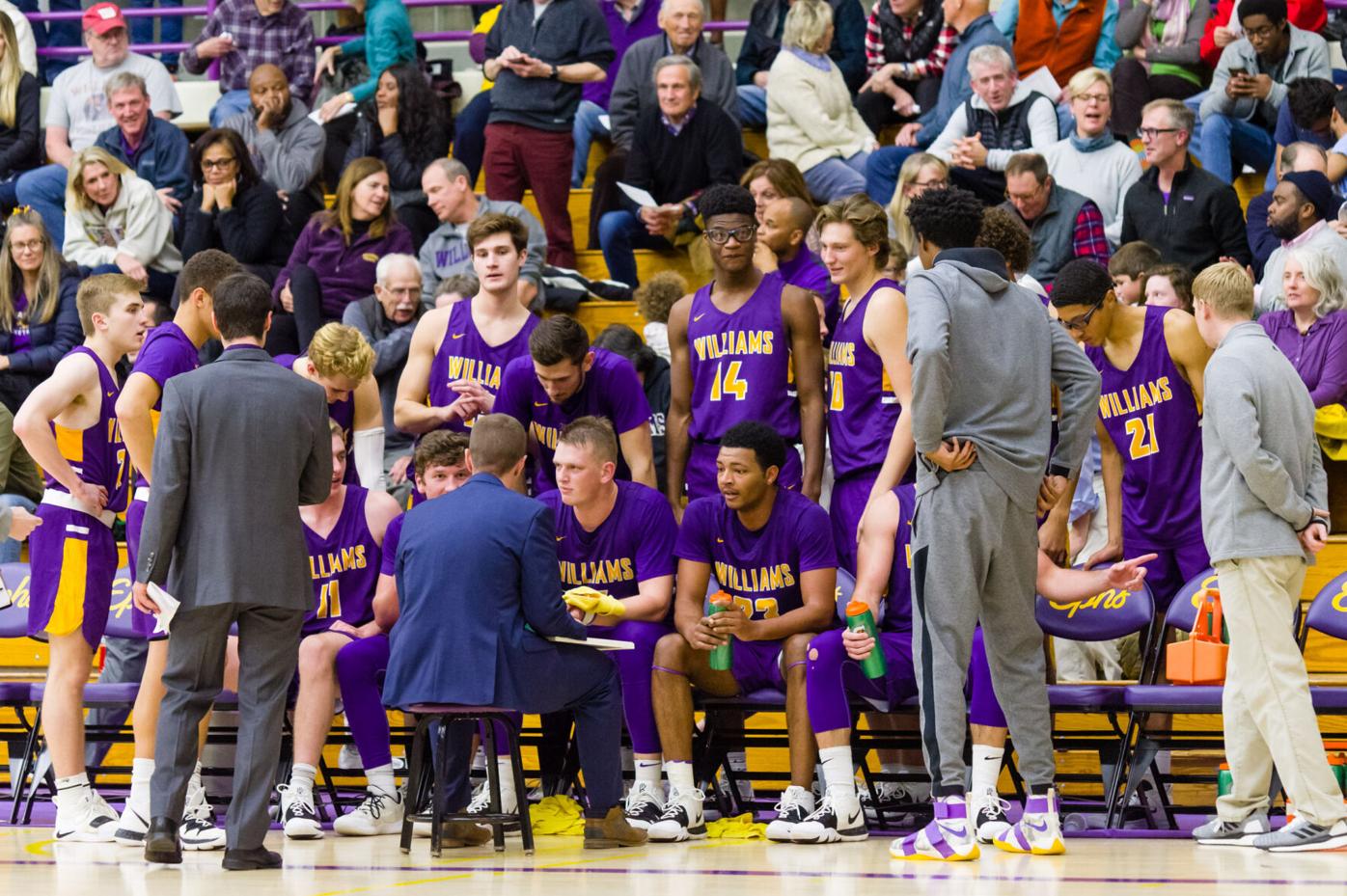 Head coach Kevin App and the Williams College men’s basketball team will have to wait until next school year to hit the hard wood, as NESCAC has pulled the plug on winter sports in 2020-21. 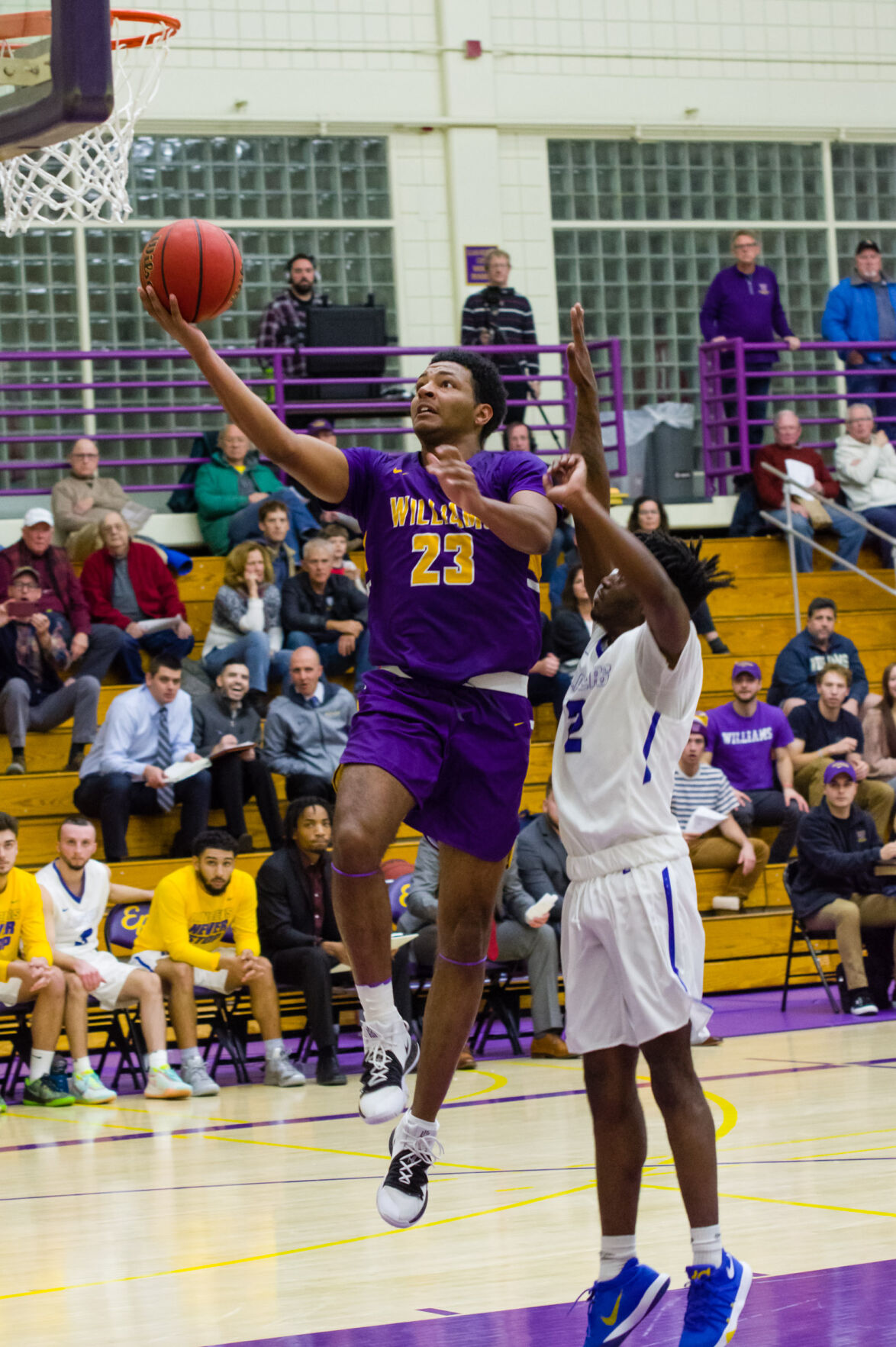 Junior forward Jovan Jones and the Williams College men's basketball team won't be suiting up this winter, as NESCAC has pulled the plug it's upcoming season. 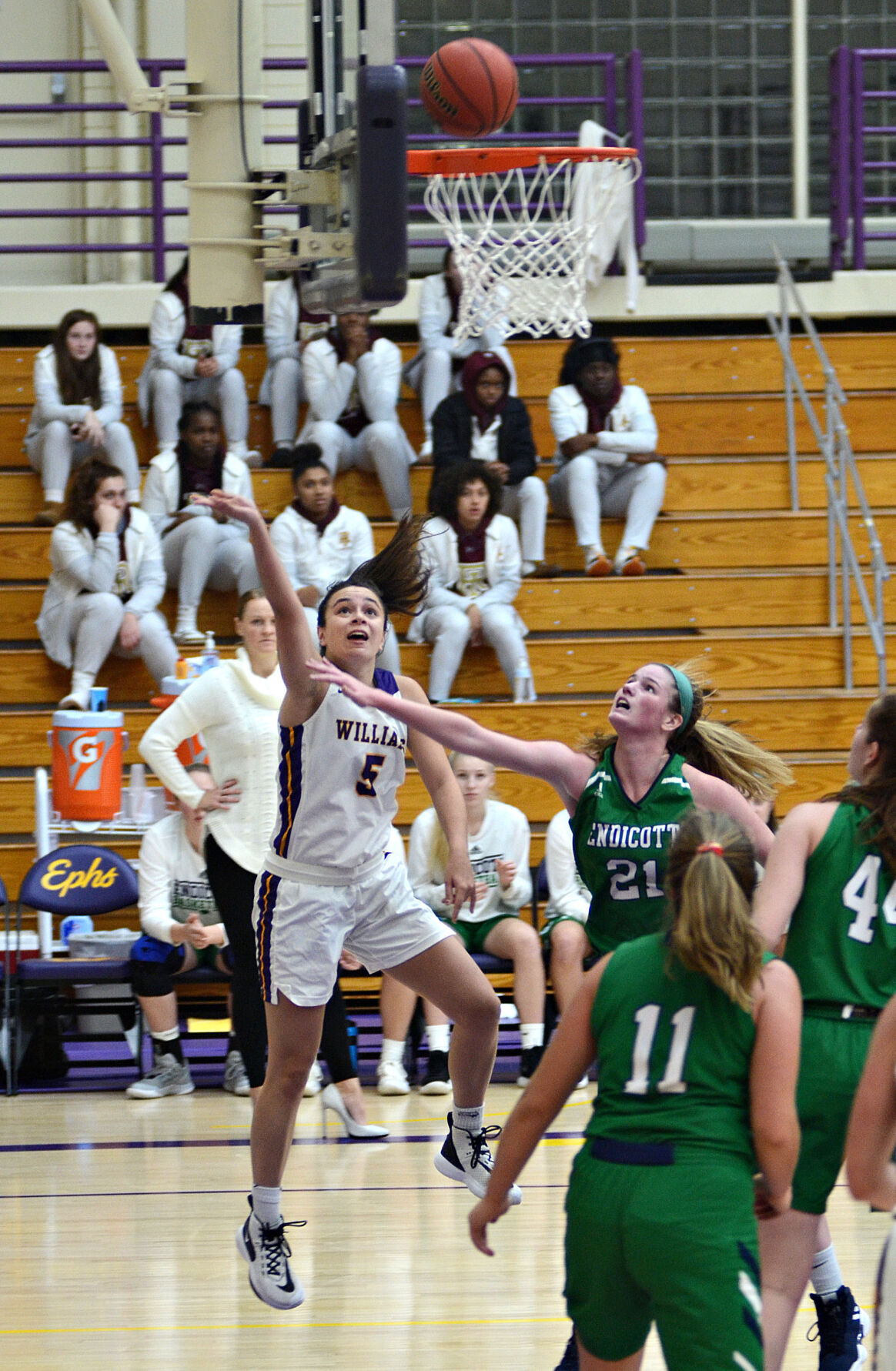 Head coach Kevin App and the Williams College men’s basketball team will have to wait until next school year to hit the hard wood, as NESCAC has pulled the plug on winter sports in 2020-21.

Junior forward Jovan Jones and the Williams College men's basketball team won't be suiting up this winter, as NESCAC has pulled the plug it's upcoming season.

In March, the Williams College women’s basketball team was two wins away from earning a spot in the NCAA Division III Final Four. If the Ephs are to get to that position again, they will have to wait until the 2021-22 school year

That’s because the presidents of member schools in the New England Small College Athletic Conference have voted unanimously to cancel NESCAC conference competition “including conference championships, for the winter season.”

Williams has taken it one step farther, announcing that it was cancelling all intercollegiate competition for the winter sports season. The decision involves 13 different sports, six men’s sports, five women’s sports and the combined Alpine and Nordic ski teams.

In a release sent out by Williams president Maud S. Mandel and athletic director Lisa Melendy, the school said “While our decision follows NESCAC’s, we also considered further factors when opting not to hold competitions outside the conference schedule. A careful review of state and national data show that this is not a safe time to encourage travel or gatherings.

“Overall, while we had held back as long as possible on making a decision about winter sports in the hopes that the outlook would improve, we have regretfully decided that we cannot in good faith encourage students to come back and compete.”

In an interview with The Eagle, Melendy said she and the coaches at Williams weren’t stunned, but are disappointed.

“I was not very surprised, given just where we are and the decisions we were making on campus at Williams about whether students are arriving on campus, and limiting the number of kids on campus,” she said, “and knowing that it would necessitate our athletes being back in January to have a winter season. That looked like it was going to be a heavy lift for the college. That gave us a pretty good inkling that it would be hard to do.”

In the statement from NESCAC’s presidents, the limitation of off-campus travel, restricting visitors, installing protocols on physical distancing and the combination of early finishes to the fall semester and later starts to the spring semester helped lead them to their unanimous vote.

“Currently, students are not allowed to travel to and from campus,” Melendy said. “Until that changes, there really isn’t a way to have the sports. There are some concerns too about indoor facilities.”

The release from NESCAC said that the decision would disappoint student-athletes on the 11 NESCAC campuses “given the important role athletics plays in the student experiences.”

Melendy was reached just after completing a Zoom call with the coaches.

“It’s hard to read on Zoom,” said Melendy, when asked what the mood was like among the coaches. “I think people are obviously sad. It’s a heavy mood. They’re sad. Everyone’s carrying a lot of heaviness anyway, just because we’re all living in a pandemic. They are just concerned about supporting their athletes in an appropriate way.”

Undoubtedly, over the next several days and perhaps weeks, questions will be asked concerning eligibility and whether winter sport student-athletes will receive an additional year of eligibility.

Student-athletes in all three NCAA divisions who were participating in Spring 2020 sports were granted an additional year of eligibility. The same goes for the Fall 2020 semester. The Williams athletic director said that the NCAA appears to be heading in the same direction for those who compete in basketball, hockey, wrestling and the like.

“The tricky part is they’ll all get a year by NCAA rules, but you can only be at Williams College for four years,” she said. “One has to decide if they want to alter their academic calendar or not in order to play at Williams. You would have a season, but where would you use it? Would you go to graduate school? Where would you find something that matches up with both your athletic interests and abilities and your academic interests?”

A large number of Williams students who play fall sports elected to take the semester off in order to preserve that last semester of playing. That will be a question student-athletes have to answer for themselves.

“I assume so,” Melendy said. “They will have decisions in front of them as to what they want to do and what their path looks like.”

In the releases from Williams and from NESCAC, both state that the spring sports season is not yet on or off the table.

”It is also too early at present to make a decision about Spring sports,” the Williams release said. “We will continue to track the public health situation and work with the conference and our peer schools, so we will announce a plan once we can do so with confidence.”

The Spring sport athletes did not get to play in 2020. The Williams athletic director doesn’t want to see them lose two seasons.

”We need to look at that and shift our attention to how might we do that,” Melendy said. “Again, the benefit of those sports being outside. We learn every day more and more about what this disease brings, how we might mitigate the risk and what are the right protocols we should have in place in order to make it possible to play. A lot of teams are playing right now and not necessarily adhering to all of the recommendations that we are adhering to.

”We’ll learn a lot from that.”