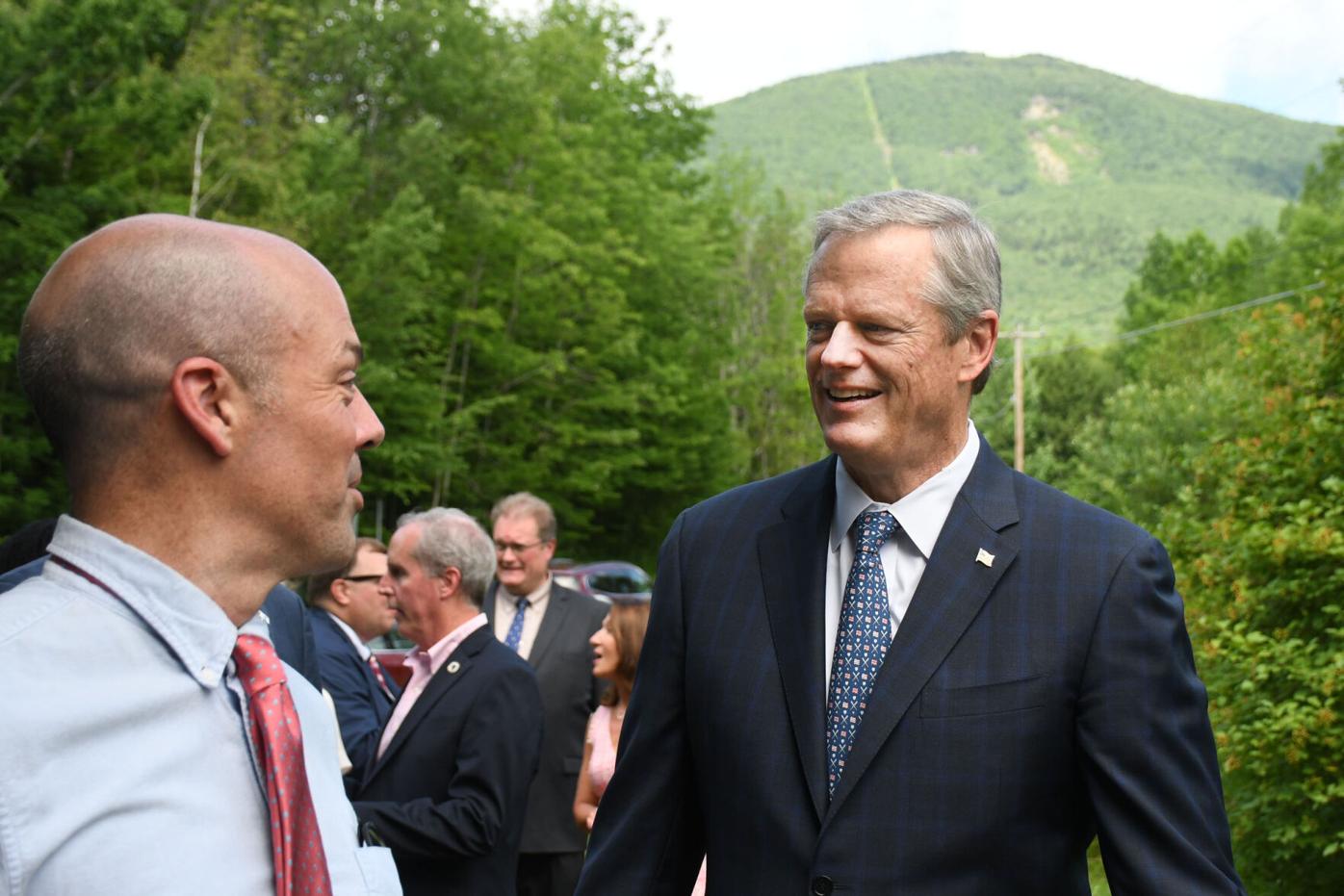 After Gov. Charlie Baker, right, pushed this year for the implementation of a tax deduction for charitable donations, the Legislature overrode his veto to delay the deduction by another year, citing uncertainty over state revenue. State Sen. Adam Hinds, left, says that while the Legislature agrees that it is important to support charities and nonprofits, there also are concerns that the deduction, estimated to cost $300 million per year, would provide the greatest benefit to wealthy donors. “There are a lot of ways to support our local nonprofits and charities, and I think we can also be strategic about it,” said Hinds, D-Pittsfield. 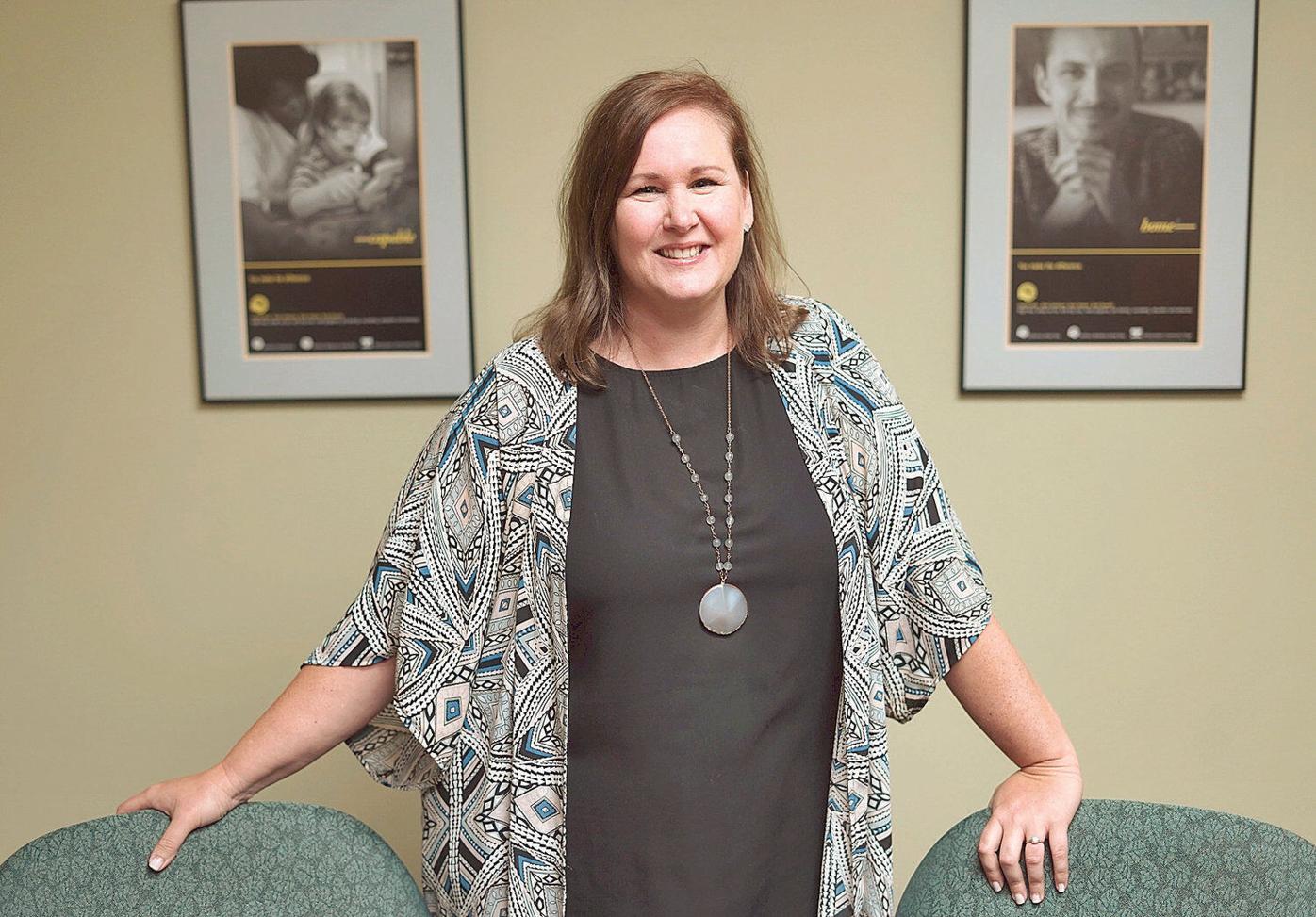 Candace Winkler, president and CEO of the Berkshire United Way, says that while her organization has seen a steady flow of contributions, she believes that nonprofits deserve more support. “Local nonprofits and communities are in touch with what the community needs, what the community values,” she said. “I would like to see any opportunity to encourage that type of donation.”

A state tax break for charitable giving, approved through a 2000 ballot question, was available for one year, in 2001, and has been on pause ever since.

During a budget crunch in 2002, the Massachusetts Legislature stopped implementing the charitable deduction, scheduling its return through an economic formula. The state met the necessary criteria in 2020, but the Legislature and Gov. Charlie Baker agreed to hold off until state revenue recovered from the coronavirus pandemic.

Baker wanted to begin implementation in 2022, but the Legislature voted in July to push it back another year, citing continued uncertainty over revenue.

The deduction would allow Massachusetts tax filers to avoid paying $5 in taxes for every $100 that they give to charity. The state Department of Revenue has estimated that the policy, without revision, would cost the state $300 million a year in lost revenue.

Nonprofits’ recent financial struggles have resulted in job losses, and some nonprofit leaders say the deduction could boost donations to the sector, which is a central player in the Berkshire County economy. Yet, the largest donations tend to come from people who have the wealth to make them, and with inequality growing, critics say the state should use tax dollars for public investments, rather than give a tax break to wealthy donors, who already receive large federal tax subsidies.

While donations grew in early 2020, there is some evidence that nonprofits statewide have felt the pinch of late. In a Massachusetts Nonprofit Network survey conducted in March and April, 60 percent of the 275 nonprofits that responded said they lost revenue, with an average revenue loss of 34 percent. Thirty percent reported job cuts, and 20 percent said they reduced work hours, according to Jim Klocke, the network’s CEO.

“Given the financial struggles of nonprofits, anything we could do to expand giving, we should do,” Klocke said. “Every nonprofit can use the state deduction to promote and encourage giving. Every Massachusetts taxpayer can utilize it.”

State Sen. Adam Hinds, D-Pittsfield, said the unpredictability of state revenue was the reason for the delay. But, the potential for lost tax revenue was among “the reasons we’ve been willing to go slow on implementation,” he said.

Although Hinds said he agrees that it is necessary to support nonprofits, he and his colleagues have concerns with trying to do so through a policy that would provide the greatest benefit to the wealthiest. About half of the tax dollars deducted are expected to go to residents with an annual income of over $1 million, the state Department of Revenue estimated, using 2016 IRS data.

“Is this an effective incentive for contributions to charities and nonprofits?” Hinds said, referencing the larger federal incentives for giving. “I would argue that it’s not significant.”

The wealthiest donors can reduce their tax bill by $37 for every $100 given to charitable donations if they “itemize” deductions on their tax returns. When they contribute noncash assets or give to an entity such as a private foundation, the tax break is even greater, as high as 74 percent, says Chuck Collins, a researcher with the Institute for Policy Studies, a nonprofit think tank based in Washington. The wealthiest donors, Collins argues, have come to use philanthropy as a tool for tax avoidance.

“In the end, charity does some things well, but it’s not a substitute for a fair tax system,” said Collins, who lived in Boston until 2020. “Charitable deductions are becoming an extension of private power and wealth for the super-wealthy.”

The wealthy also give differently from other people, often warehousing money in private foundations, rather than contributing directly to organizations. Those foundations can pay out as little as 5 percent of their assets to organizations each year.

As wealth inequality has widened since the 1970s, wealthy households increasingly have come to dominate philanthropy. The top 1 percent of earners went from claiming one-eighth of federal charitable deductions in 1995 to claiming one-third of deductions in 2015, Collins and colleague Helen Flannery wrote in a 2020 report.

A state charitable deduction, Collins argues, likely would not boost giving because it does not address the underlying issue of growing inequality.

“The reality is that low- and middle-income people are not giving as much because they are not feeling the economic security that, in previous decades, people felt,” Collins said, adding that the decreasing proportion of households that give aligns with economic trends in employment, wages and homeownership rates.

When the federal government passed a historic tax cut in 2017, the legislation also changed the tax system so that most low- and middle-income households no longer itemize deductions, meaning they no longer claim a charitable deduction. The next year, the number of households claiming a charitable deduction fell from nearly 47 million in 2017 to about 17.5 million in 2018, according to IRS data. Charitable giving by individuals fell from 2017 to 2018, for the first time in four years.

Klocke, of the Massachusetts Nonprofit Network, said that, based on 2017 IRS data, about 627,000 low- and middle-income households in Massachusetts should be expected to make use of the state deduction if it is implemented.

The measure was supported broadly by voters, Klocke notes, passing by a 72 percent to 28 percent margin on the ballot in 2000. And about 30 states have a charitable tax deduction, the U.S. Charitable Gift Trust says.

Still, lawmakers might need convincing that the possible benefits would justify the $300 million price tag. State Sen. Michael Rodrigues, the Senate Ways and Means chairman, has said that the state economy has changed during the past 21 years, and he said in a July session that the deduction “as currently designed may not be the best use of our resources.”

Nonprofits play an increasingly central role in the local economy. A report commissioned by the Berkshire Chamber of Commerce found that, in 2012, local nonprofits generated $2.4 billion of the total $5.6 billion in economic activity. More than one-fourth of all people employed in Berkshire County worked for nonprofits in 2016, the U.S. Bureau of Labor Statistics says. Nationally, nonprofit jobs nationally grew at three times the rate of for-profit jobs from 2007 to 2016.

Liana Toscanini, executive director of the Nonprofit Center of the Berkshires, said that the pandemic has increased the workload for many nonprofits, although it simultaneously has restricted opportunities to hold fundraising events.

Berkshire County saw a large increase in giving during the pandemic, and some of that wave has continued. The Berkshire United Way, which directs more than $2 million annually to local programs, has seen a steady stream of support since the pandemic hit, said CEO and President Candace Winkler.

“More affluent individuals and family that tended to have wealth in stock markets, they saw significant increases in their net worth,” Winkler said. “And so for some of the higher-income donors, I think they were observing significant need in the community and because they had seen this appreciation of their net worth, they continued.”

Winkler said that the Berkshire United Way’s involvement in pandemic-response efforts — its partnership with the Berkshire Taconic Community Foundation, the Northern Berkshire United Way and Williamstown Community Chest distributed more than $2 million to 95 nonprofits from March to August 2020 — might be part of why it has received continued financial support. The Berkshire Taconic Community Foundation similarly has seen continued support, said Kara Mikulich, its chief philanthropy officer. The foundation distributed 32 percent more money in 2020 than in 2019, and it has distributed 40 percent more in early 2021 than during that period the year before, Mikulich said.

But, cultural nonprofits have not fared as well.

The arts and culture sector lost about $55 million and over 5,000 jobs from March to November 2020, the Massachusetts Cultural Council, an independent state agency, has said. The “creative economy” is responsible for about 5,500 jobs, or 6.4 percent of employment in the county, according to the economic development group 1Berkshire, although some workers have criticized working conditions and low pay in those jobs.

Klocke said that while he understands why the state delayed the deduction in 2020, the state’s finances have recovered now far more than nonprofits’ have. State tax collections exceeded expectations by $5 billion from July 2020 to June 2021, and Massachusetts has spent only a fraction of the approximately $5.3 billion it has received in federal aid.

“We think it’s really important that this take effect in 2023,” he said.

If the deduction is implemented without revision, residents earning $1 million or more per year would save $9,581 on their yearly tax bill, according to a 2020 analysis from the Massachusetts Budget and Policy Center, a nonprofit think tank that promotes economic and racial justice. For comparison, savings would average $36 for those making $50,000 to $99,999 and just $7 for filers earning less than $50,000, said the report, which used 2017 IRS data.

Phineas Baxandall, the senior analyst and advocacy director who wrote that report, has said that the deduction should be revised if it is implemented. Lawmakers could cap the deduction — Vermont, for instance, allows tax filers to claim a deduction on only $20,000 worth of contributions — or make it available only to filers who do not claim the federal charitable deduction, which generally is claimed by only wealthy donors.

Klocke said it could be “worth looking at” limiting the state deduction to filers who do not claim the federal deduction. Winkler, of the Berkshire United Way, said it was “an interesting idea” to promote equity, although she would prefer to see “more incentives for charitable giving across the board.”

Collins, of the Institute for Policy Studies, said that the deduction should be revised if it is implemented, although he argues that the state would be better off spending tax dollars to reduce inequality. There are ways to support nonprofits beyond tax breaks, he added.

While private foundations currently are required to pay only 5 percent of their holdings to organizations per year, a federal proposal would double that requirement. Collins and Flannery have estimated that the change would pour $200 billion into nonprofits over the next three years without spending any taxpayer dollars.

The Legislature has, in several cases, revised ballot initiatives before they take effect, and it can revise the charitable deduction until the start of 2023, when implementation is scheduled. While many in the Legislature say they believe that it is important to support nonprofits, there remains a desire, Hinds said, to “also be strategic about it.”