Seventy-four members of the Massachusetts Legislature, including most of the Berkshire delegation, have signed a letter asking the federal government to bolster access to the ballot as several states, including Massachusetts, have seen proposals for voting restrictions.

State Sens. Jo Comerford, D-Northampton, and Becca Rausch, D-Needham, were expected to present the letter, addressed to federal lawmakers and the administration of President Joe Biden, at a Tuesday rally in Washington.

Protesters in Pittsfield call out efforts to restrict voting, support federal effort to open access for all

“Close to 400 anti-voter bills have been introduced in legislatures across the nation, with many signed or on the way to becoming law in Texas, Florida, Georgia, and Arizona, and others,” state lawmakers said in the letter. “Make no mistake: these unpatriotic attacks on our elections will undermine confidence that elections in America can possibly represent the will of a checked and balanced majority.”

Proposed restrictions in 47 states, such as limiting drive-thru voting and voting by mail, “will lead to material harm to communities that have long been under-represented,” the letter said. Letter writers expressed support for the For the People Act, which Senate Republicans stalled after it passed in the House. 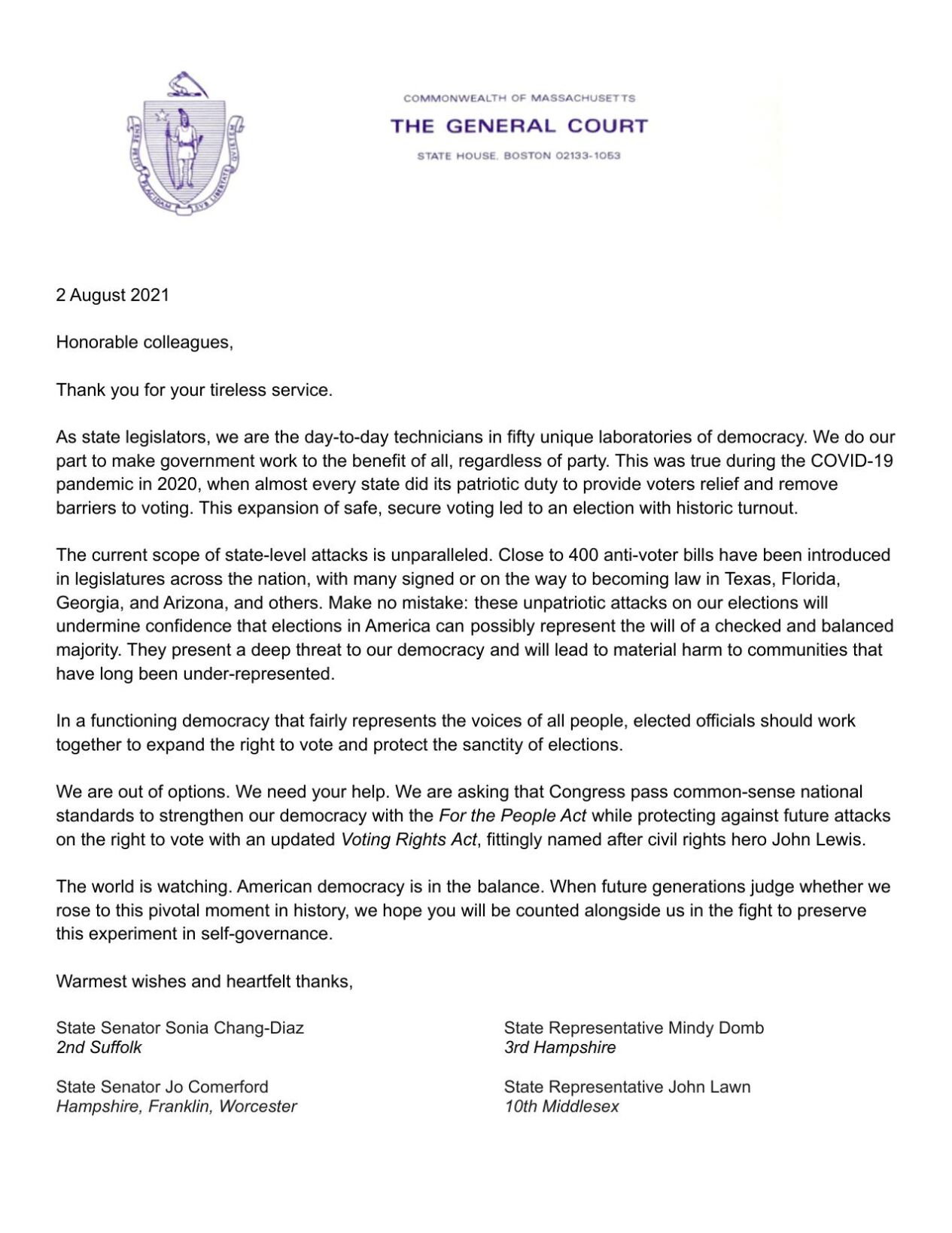 Ten Massachusetts Democrats — Comerford, Rausch, Sonia Chang-Diaz, Cynthia Creem and Adam Gomez in the Senate, and Mindy Domb, John Lawn, Tram Nguyen, Chynah Tyler and Bud Williams in the House — led the effort on the letter, according to a news release from Comerford’s office.