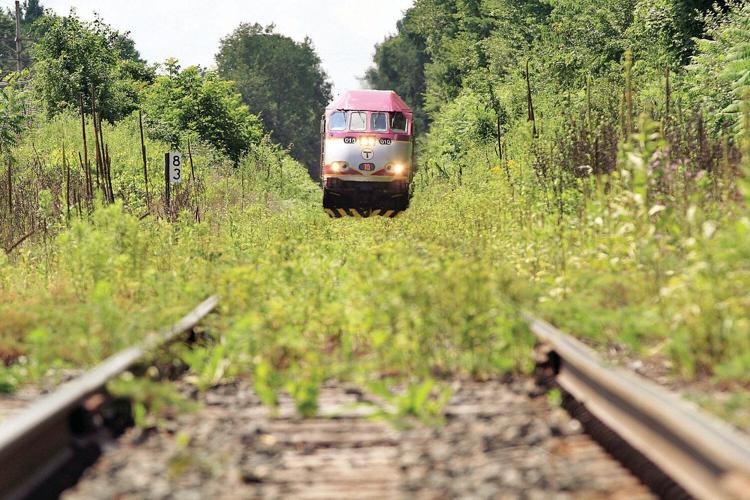 An agreement announced on Tuesday reflects a significant commitment on the part of state and federal officials to move ahead with an extension of passenger rail service to Pittsfield, according to U.S. Rep. Richard Neal, D-Springfield. 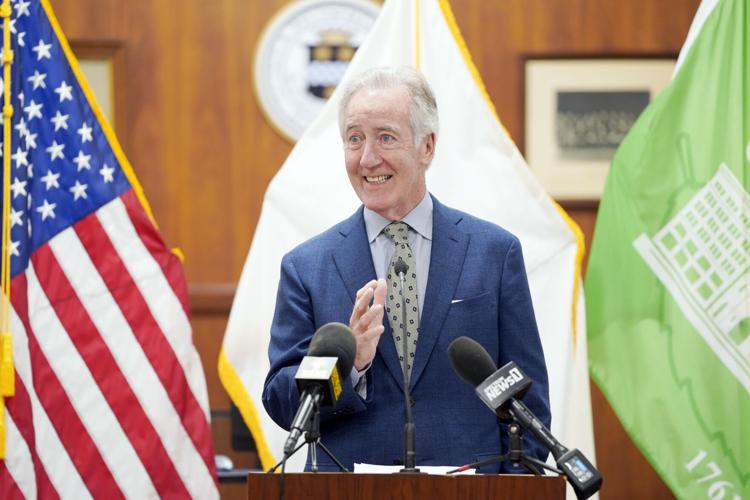 U.S. Rep. Richard Neal, above, and Gov. Charlie Baker described plans for the Legislature to create a new rail authority and an effort to take advantage of recently granted federal infrastructure funds to make the long-sought east-west rail project a reality. "This is a huge step forward today," Neal said.

SPRINGFIELD — Federal and state officials on Tuesday agreed on a path forward to extend passenger rail service west of Worcester to the cities of Springfield and Pittsfield, an effort designed to finally connect the eastern and western parts of the state by rail.

Speaking with reporters after a meeting at Springfield’s Union Station, Gov. Charlie Baker and U.S. Rep. Richard Neal described plans for the Legislature to create a new rail authority and an effort to take advantage of recently granted federal infrastructure funds to make the long-sought project a reality.

Baker and Neal did not lay out a project timeframe, but spoke about the accord as if it marked a significant breakthrough.

“I thought today that it’s fair to point out that this was an historic meeting,” Neal said. “The governor has made a full commitment to east-west rail. The conversation has gone on for a long period of time.”

Talks about the project have run for five or six years, Baker said. He said that while he has been seen by some as an opponent, he believes he has secured greater clarity on what he described as important open-ended questions.

“There is an agreement on a path forward here and we’re going to work between now and the end of the legislative session to put the requisite building blocks that we need to put in place at the state level, which will then make it possible for us to leverage a lot of the available federal money that’s there because the federal government’s very interested and Amtrak in particular is very interested in building out in this Northeast Corridor,” Baker said. “So I think we’ve got a real opportunity.”

Neal said the agreement pivoted on setting up the new rail authority in a pending infrastructure bond bill and asking for a dedicated funding stream tied to the federal infrastructure bill. Neal said there has been a “vigorous discussion” about existing sales taxes, paid by by people statewide, that are already dedicated to the MBTA, the rail authority that oversees the vast network of bus, commuter rail and subway services in eastern Massachusetts.

“I have been clear about my thoughts that before we do free transportation anywhere we want to make sure that there’s a corresponding effort for east-west rail or west-east rail,” Neal said, referring to the push in eastern Massachusetts for fare-free MBTA service.

With the $1.2 trillion federal infrastructure bill done, what's next for east-west rail in Massachusetts and the Berkshires?

Last August, Baker met for nearly two hours in his office to discuss the project with Neal and U.S. Reps. Jake Auchincloss, Seth Moulton and Stephen Lynch, Neal said. He said rail service in central and western Massachusetts has “a great friend in Gov. Charlie Baker.”

The congressman identified remaining challenges as agreeing on the makeup of the rail authority board and executing necessary land takings.

Just about every state lawmaker from western Massachusetts was either at Tuesday’s meeting at Springfield Union Station, or looped into the meeting via technology, Neal said. “This is a huge step forward today,” Neal said.

Our Opinion: Don't squander this real shot at East-West rail

The governor, who had three Western Massachusetts stops in Chicopee and Amherst on his public schedule Tuesday, was asked to attend the meeting in Springfield by Neal and U.S. Rep. James McGovern, D-Worcester, Neal said. State Transportation Secretary Jamey Tesler also attended.

“Out in this side of the state everything goes through Union Station,” said Springfield Mayor Domenic Sarno. “So we’ll be here to facilitate anything and everything to make sure that this comes to fruition.” He added, “We’re ready to yell out all aboard the western part of the state to go east.”

Asked by reporters, Neal said he “would be open to” a train station in Palmer. The congressman also said the rail extension and popularity of remote work could help some people solve another problem: housing affordability.

“The cost of housing in the Boston suburbs is astronomical,” Neal said. “We believe that this would provide some relief for those who might want to live out here.”

Baker did not specify how much state funding would be needed to satisfy federal matching requirements, noting the federal government has yet to issue guidance on that topic. He said he did not expect the state to have any trouble coming up with its state match.

Our Opinion: Great to see Pittsfield in East-West rail plans; now we want to see project go full speed ahead

A summit of Massachusetts officials at a Springfield train station appeared to make it official: The state’s long-gestating East-West rail end…

House Speaker Ronald Mariano is not yet sold on east-west rail. Rep. Tricia Farley-Bouvier pledges to push ahead

House Speaker Ronald Mariano on Wednesday passed on an opportunity to express support for a new east-west rail authority and said state lawmakers want more information "before we move forward." State Rep. Tricia-Farley Bouvier vowed to continue to push for an expansion of passenger rail to Pittsfield.

Clarence Fanto: All aboard! Will east-west train service from Pittsfield to Boston gain traction?

State lawmakers are poised to approve planning funds for east-west rail, and the weekend Berkshire Flyer from New York gets a trial run this summer.

The Massachusetts House took a major step Thursday toward injecting billions of dollars into work on the state's transportation and environmental infrastructure — including $250 million toward a possible east-west rail extension.