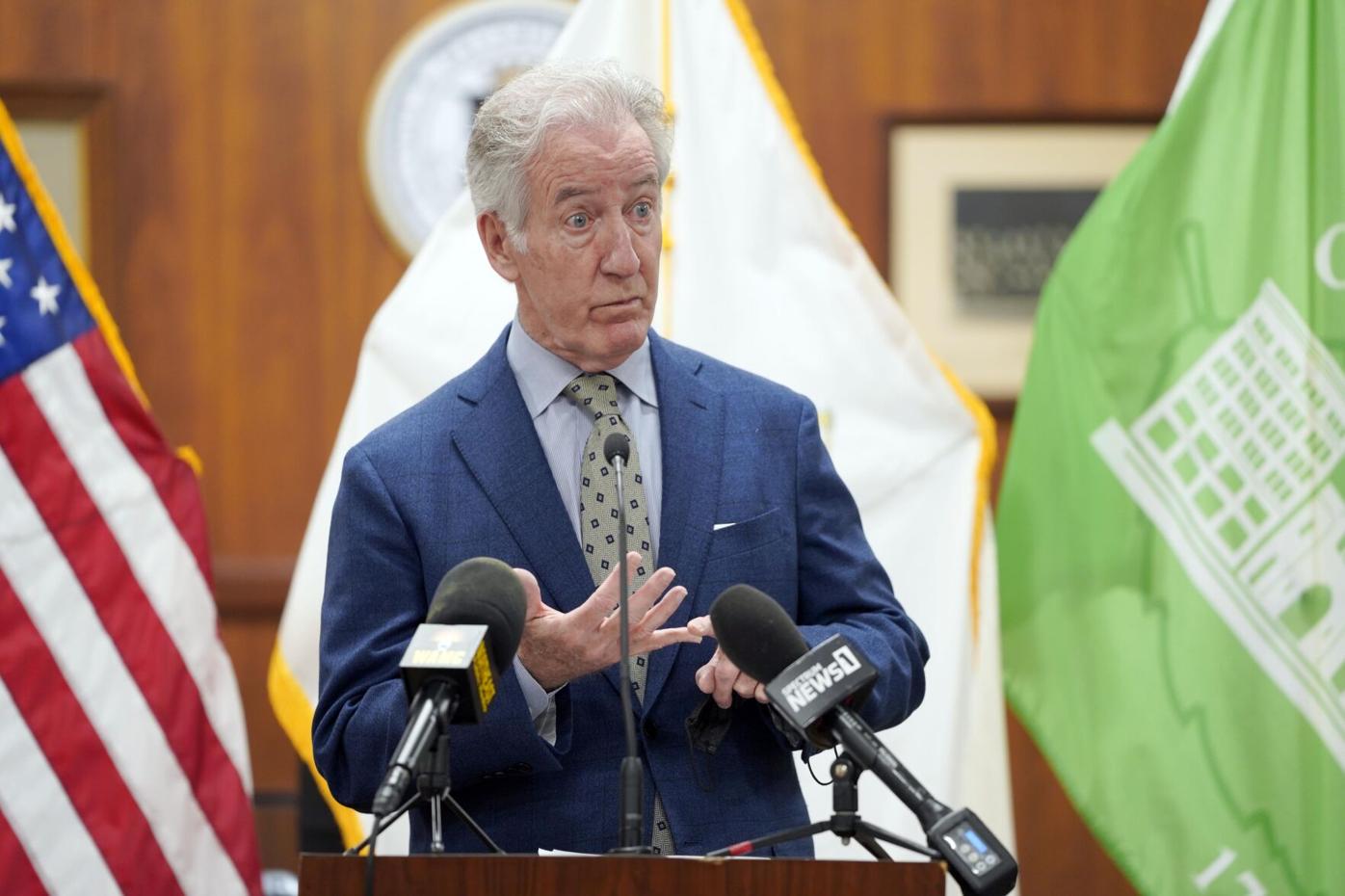 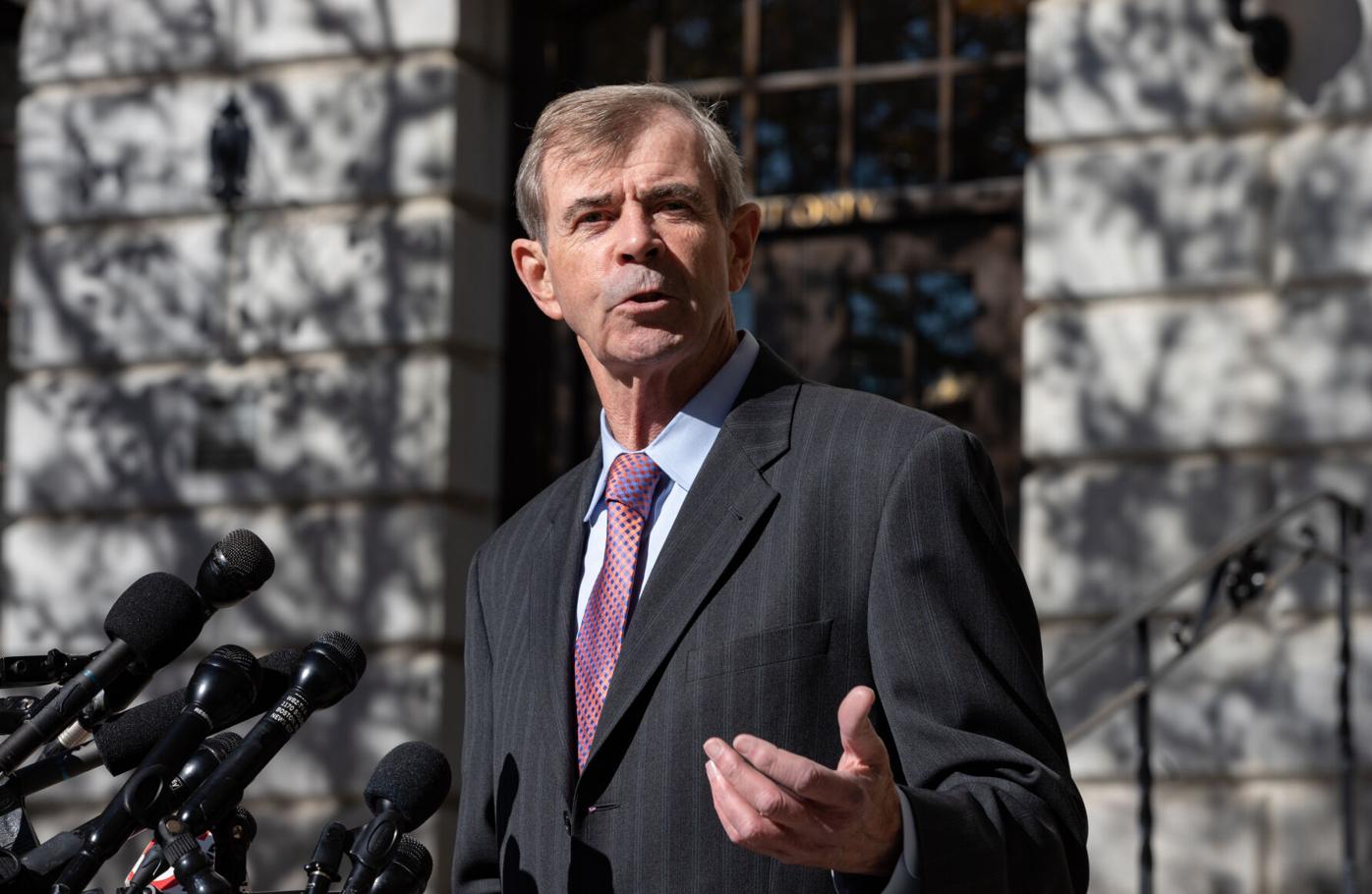 Massachusetts grew by enough people over the past decade to keep all nine U.S. House seats as the state's population climbed to more than 7 million, but Secretary of State William Galvin said Monday that the process of redrawing congressional districts still will be challenging.

And that challenge, he said, could include expanding the 1st Congressional District, which includes the Berkshires.

The U.S. Census Bureau released state population totals and congressional apportionment data Monday, giving state officials an early glimpse of what might be in store this year as they wait for more specific community-level counts in the summer. The population totals govern not just how many seats in Congress a state has, but also how trillions of dollars in federal formula money gets allocated.

The 2020 census effort, which was rife with political and coronavirus pandemic challenges, counted 7,029,917 people living in Massachusetts, a 7.4 percent increase over the past decade that outpaced the 4.1 percent average in the Northeast and equaled the growth rate of the country as a whole.

The state might have avoided a fate similar to 10 years ago, when it lost a seat, but the growth likely means that Western Massachusetts districts represented by U.S. Rep Richard Neal, D-Springfield, and U.S. Rep. Jim McGovern might need to be expanded to grab more population, while the footprint of eastern districts close to Boston might need to shrink or shift west, Galvin said.

That task will fall to Assistant House Majority Michael Moran and Senate President Pro Tempore William Brownsberger, who are leading the redistricting effort this year as chairs of the Special Committee on Redistricting.

The committee is planning a minimum of 10 hearings between now and August, including events in each of the nine districts, to solicit input, and additional hearings will be held after maps are released.

U.S. Census officials have said the precinct level data will be given to states no later than Sept. 30, creating a time crunch for many states to take that data and draw maps before the end of the year. The Democrats will be under pressure to draw the districts in a manner that doesn't necessarily protect incumbents, but keeps communities whole and doesn't dilute minority voices.

The state added 482,288 people since the decennial count in 2010, ensuring that its delegation to the House will remain the same size while six southern and western states added seats and seven other states, including New York, lost representation in Congress.

"Today is good news for Massachusetts. Ten years ago, we lost a seat in Congress and we lost the influence it provided. Today, we know that we will not lose a seat and we will not lose an electoral vote," Galvin said after the data was released.

Massachusetts has not added a congressional seat in over 110 years. The state had 16 members of Congress in 1910 and either has held steady or lost seats every decade as more and more of the House's 435 seats went to southern and western states. The previous time the size of the delegation did not change was in 2000, when the state controlled 10 seats.

Galvin fought over the past year to make sure the U.S. Census Bureau did everything it could to capture the state's student and immigrant populations, and he said the count released Monday exceeded his estimates. But, the secretary said it's likely that district boundaries will have to be redrawn to reflect shifts in population.

The UMass Donahue Institute estimates that U.S. Rep. Stephen Lynch's district, based in Boston, and the coastal cities and towns south of the city might have as many as 40,000 more people than it needs, while Neal's district, which includes all of Berkshire County, could be nearly 45,000 people short. Without gerrymandering, there is no easy way to connect populations from Boston and Springfield.

"This is going to be a very challenging process to try to make sure that each of the nine districts is equally populated," Galvin said.

While the rate of growth in Massachusetts from 2010 to 2020 far outpaced the 3.1 percent growth recorded in the previous decade, acting U.S. Census Bureau Director Ron Jarmin said the U.S. population grew to 331,449,281, a 7.4 percent increase over 2010, which was the second slowest in recorded history, behind the 1930s.

Some states that were expected to lose seats, like Rhode Island, did not, while others known to be growing rapidly did not see their representation increase as predicted. Census officials expressed confidence in the data, despite having to overcome a nationwide pandemic, civil unrest, wildfires and other disruptions that challenged the bureau's ability to count people online and by going door to door.

"We advertised on pizza boxes instead of during basketball games," Jarmin said.

Utah was fastest-growing state, while three states — West Virginia, Mississippi and Illinois — lost population, officials said. Massachusetts is now the 15th-largest state in the country (down from 14th) and still is the fifth-densest state, with 901.2 people per square mile, and the 21st-fastest-growing state.

Massachusetts did not crack the top 10 of states next in line to gain a seat, but recent redistricting efforts have demonstrated that it doesn't take gaining or losing a seat to cause disruptions in the political status quo.

In 2011, former U.S. Rep. John Olver, D-Pittsfield, opted to retire rather than have his Western Massachusetts district redrawn to include another member of the delegation. U.S. Rep. Barney Frank didn't face the prospect of running against one of his colleagues, but he, too, opted to retire, rather than campaign in a newly configured district that no longer included New Bedford.

And U.S. Rep. William Keating, who represents the Cape and Southeastern Massachusetts, moved his full-time residence from Quincy to Bourne in order to avoid a showdown with Lynch.

Members of the current delegation similarly could see their districts reshaped to include new communities, and depending on where the state's population growth occurred, they even could wind up drawn into the same district as a colleague.

Galvin said it will be important for Moran, who also helped lead the 2011 redistricting effort, and Brownsberger to retain the 7th District's majority-minority status.