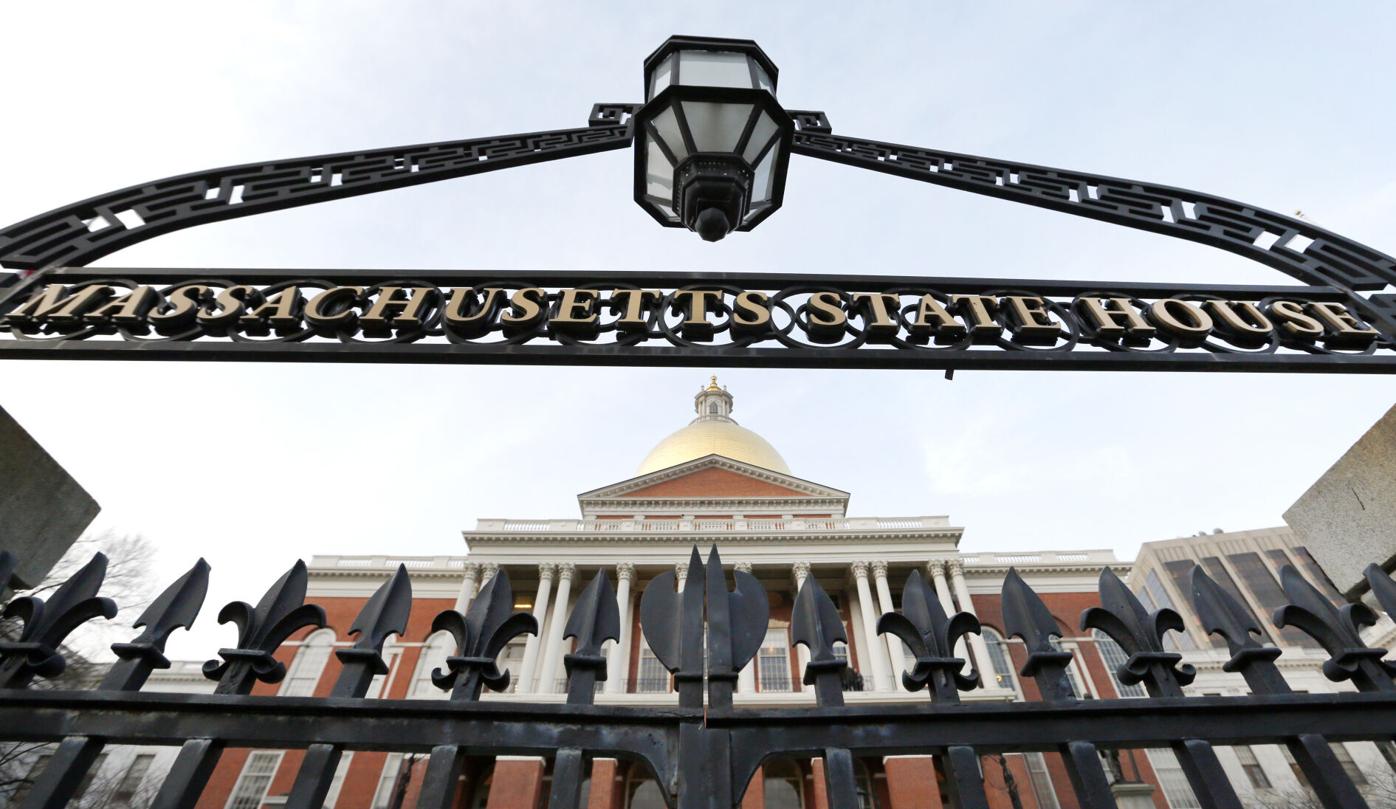 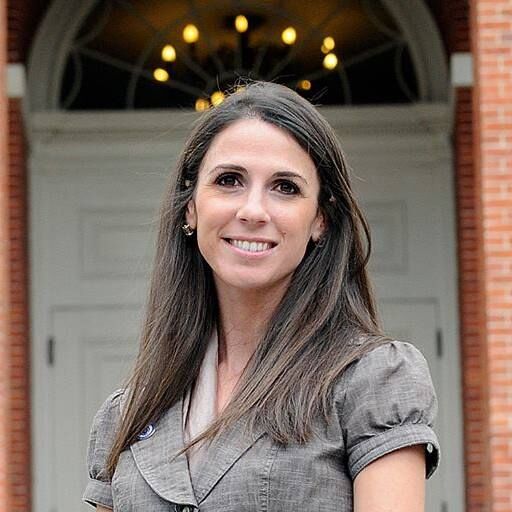 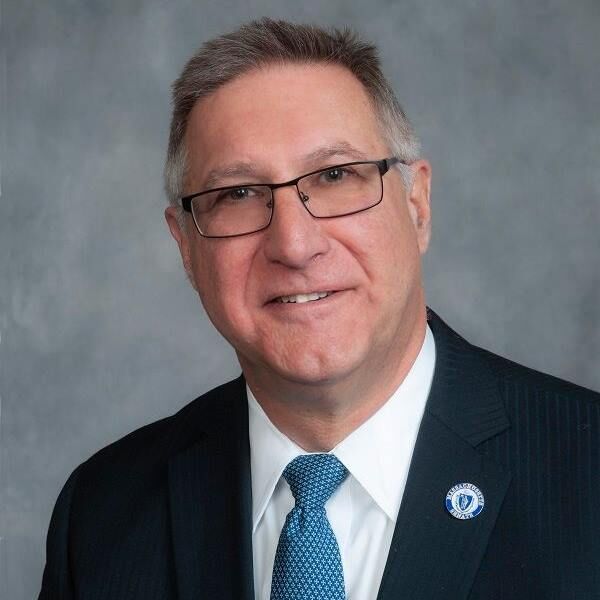 After wading through hours of debate and considering hundreds of amendments, the Senate late Wednesday night unanimously approved a $3.82 billion package to steer special federal relief funds and surplus state budget revenues into virtually every corner of the state.

All three Senate Republicans, who unsuccessfully sought to double the amount of unemployment relief for businesses and implement a two-week state sales tax holiday in the bill, joined Democrats to vote 38-0 in favor of the massive spending proposal (S 2564) that carves up about half of the state's American Rescue Plan Act relief funding.

Now the arguably harder part — negotiating a final bill between the two branches after the House and Senate versions diverged on many specifics — begins.

Legislative leaders agreed to two cornerstones of the bill, a $500 million payment toward the state's unemployment insurance trust fund and a $500 million program to offer one-time bonuses to low-income essential workers who continued to provide in-person services during the COVID-19 crisis, before rolling out the House and Senate proposals.

But that leaves more than $2.6 billion in allocations, and scores of earmarked spending projects, not yet negotiated. Although both branches approved roughly similar bottom lines and spending strategies, the House and Senate each took different approaches to areas such as public health infrastructure, water and sewer infrastructure, mental health investments, youth jobs, and higher education capital projects.

If lawmakers want to meet their publicly stated goal of getting the legislation on Gov. Charlie Baker's desk before Beacon Hill slows down for the holiday recess, they will need to resolve differences at a rapid clip.

Both branches on Wednesday adjourned for the next five days, so the earliest a potential six-member conference committee could convene is Monday. That would leave only about 60 hours for its members to find agreement on the bulk of the spending bill, bring a consensus to the floor, and advance it through both chambers before formal lawmaking business for the year ends Nov. 17.

House and Senate leaders could also opt to deliberate informally without appointing negotiators. Also, with roughly $2.5 billion in funds left untouched by the original proposals, they may view increasing the bill's bottom line as a path of least resistance. The eventual compromise bill, whenever it is reached, is unlikely to draw opposition since both branches adopted their bills unanimously. The House approved its version of a $3.82 billion bill on Oct. 29.

The Senate's approval brings the spending bill one step closer to passage after months of deliberations and calls for aid from virtually every corner of the state. Kicking off Wednesday's session, Senate Ways and Means Committee Chair Michael Rodrigues said that legislative leaders heard more than 25 hours of testimony and received more than 450 letters during a public hearing process about the pot of funding.

"Our bill makes it very clear that we heard the clarion call for smart, transformative investments in mental health, public health, workforce development, affordable housing, and so much more, while ensuring those hit the hardest by COVID-19 — our families, our essential frontline workers, and small businesses — are helped the most," Rodrigues said.

One of the most sizable changes senators rejected would have doubled a payment into the state's unemployment insurance trust fund from $500 million to $1 billion.

A wave of pandemic-era joblessness drained the account, which Bay State businesses fund via taxes, and Baker and the Legislature approved up to $7 billion in borrowing to replenish it. Employers remain on the hook to pay back that borrowing over 20 years.

Senate Minority Leader Bruce Tarr, who filed the amendment, said businesses may find it difficult to bring on new employees while coping with the added costs of repaying trust fund bonds.

"It was not possible to plan for a global pandemic that would cost $7 billion in the cost of the unemployment insurance trust fund," Tarr said during the Senate's debate. "They're going to say, 'Can I afford that new employee, can I afford that new group of employees, when I have my share of this $7 billion mortgage?' It's hard enough. We don't need that additional obstacle to be any higher than it has to be."

In a separate closeout budget bill he filed in August, Baker proposed a $1 billion transfer into the UI trust fund to help reduce the burden on businesses and keep the system stable.

The Senate voted 32-5 to shoot down Tarr's amendment, with Democrat Sens. Diana DiZoglio of Methuen and Michael Moore of Millbury joining the chamber's three Republicans in support.

Urging her colleagues to reject the proposal, Labor and Workforce Development Committee Chair Sen. Patricia Jehlen said the trust fund that pays unemployment benefits has rebounded strongly since last year, when a wave of joblessness during the COVID-19 pandemic left the fund financed by employer assessments with "essentially $0."

Jehlen suggested that the account's health may eliminate the need for the $7 billion in bonding that the Legislature and Baker authorized to preserve its fiscal health.

"At this point, we don't even know if or when the administration will issue any of the $7 billion in debt we authorized," Jehlen said. "We have sufficient reserves right now to pay off the federal debt from the pandemic and we may not need any of those bonds."

The Baker administration has not published a monthly summary of the unemployment fund's status since June, but Jehlen said data the state reported to the U.S. Treasury indicate the account has a balance of about $3 billion. She described that figure as "the highest balance that we can find on record for the trust fund" and sufficient to pay back about $2 billion in federal loans that floated the state's unemployment system amid pandemic strain.

"We should not add more at least until we have more information from the administration," Jehlen said, adding that a commission she co-chairs hopes to hear more about the issue from Baker's team before a Friday meeting. "All of us have identified immediate needs we won't be able to fund even with the $5 billion in surplus and ARPA funds. If the administration thinks this is a top priority, they should tell us."

However, a Baker administration official, who agreed to communicate on background only, said that it was "not accurate" to state that the fund is in a position to pay back federal advances while continuing to pay benefits without additional stabilization funding. The official estimated COVID-19-related claims have been responsible for $24 billion in benefits being paid out since March 2020.

The Treasury report, the official said, does not factor in over $2 billion the state borrowed from the federal government in order to pay benefits last year, which is currently outstanding, and also does not account for credits owed back to employers who overpaid their UI rates during the first quarter of 2021 before the passage of a law reducing UI payments for many employers.

Tarr also unsuccessfully pushed to launch a tax deduction on charitable giving, which has not been implemented since voters approved it in 2000, and to authorize a two-week sales tax holiday.

The Senate's top Republican said a temporary sales tax holiday would give consumers "relief from what has been argued is one of the most regressive taxes we can envision."

Tarr and Republican Sens. Patrick O'Connor and Ryan Fattman supported the amendment, but every Democrat voted to reject it. Sen. Michael Barrett of Lexington did not cast recorded votes in Wednesday's session while he attends a United Nations climate change conference in Glasgow, Scotland.

"As I stated publicly last summer, when Gov. Baker proposed a similar idea, I believe a sales tax holiday is a mere feel-good policy that does very little to help families get back on their feet or support our economy as we recover from this pandemic," Rodrigues said. "As a small business owner, someone who's been in retail business his entire life, I've seen firsthand that the existing two-day sales tax holiday provides little or no long-term policy benefit."

Most changes to the bill came in the form of bundles of mega-amendments, negotiated in private and approved without any official announcement from Senate leadership about to their contents. The Senate passed three bundles and rejected three others, and a smaller number of individual changes also received debate and votes.

The base version of the bill the Senate Ways and Means Committee brought forward called for $3.67 billion in spending. It was not immediately clear exactly how much senators added to its bottom line, though Rodrigues in his closing remarks said the legislation totaled "about $3.8 billion." A Senate news release issued after the session ended estimated the bill's total outlay at $3.82 billion.

Rodrigues previously said his panel proposed spending $2.5 billion in American Rescue Plan Act funds, slightly more than half of the pot state government still has, and up to $1.45 billion in surplus state tax revenue from fiscal year 2021, when taxpayers delivered far more in revenue than state officials had projected.

Tarr said at the debate's outset on Wednesday that the bill "represents a unique if not once-in-a-lifetime opportunity."

Some senators had criticized Democrat leadership in the buildup to and kickoff of Wednesday's debate, complaining that the initial timeline for offering amendments was too brief and questioning if proposed changes filed over the weekend would get the same consideration as those filed by the end of last week.

DiZoglio, who has clashed with the chamber's top Democrats on multiple occasions, also took aim at the Beacon Hill hierarchy over the continued closure of the State House, describing "deep disappointment" that the building remains inaccessible to the public during debate of a massive spending bill.

"Certainly we all support following public health guidelines. Certainly we all support public safety as the most paramount of matters," DiZoglio said on the Senate floor. "But we are not closed to the public anymore because of following the science. We are closed because the powers that be have decided to keep these doors closed while every other facility across the state has been able to find a way to open safely. We cannot continue to call ourselves inclusive, open, transparent or accessible to those that sent us here while those doors continue to be closed to our communities."

Legislative leaders say they are in the midst of a phased reopening of the building, but have not outlined specific timetables as part of that effort and members of both branches remain able to remotely cast votes and participate in sessions without being at the State House. Livestreamed proceedings have become the norm.

Meeting the day before Veterans Day, the Senate also packed several veterans-related amendments into its spending bill, including one from Sen. John Velis of Westfield that would posthumously extend the Medal of Liberty to servicemembers who die as a result of military training exercises.