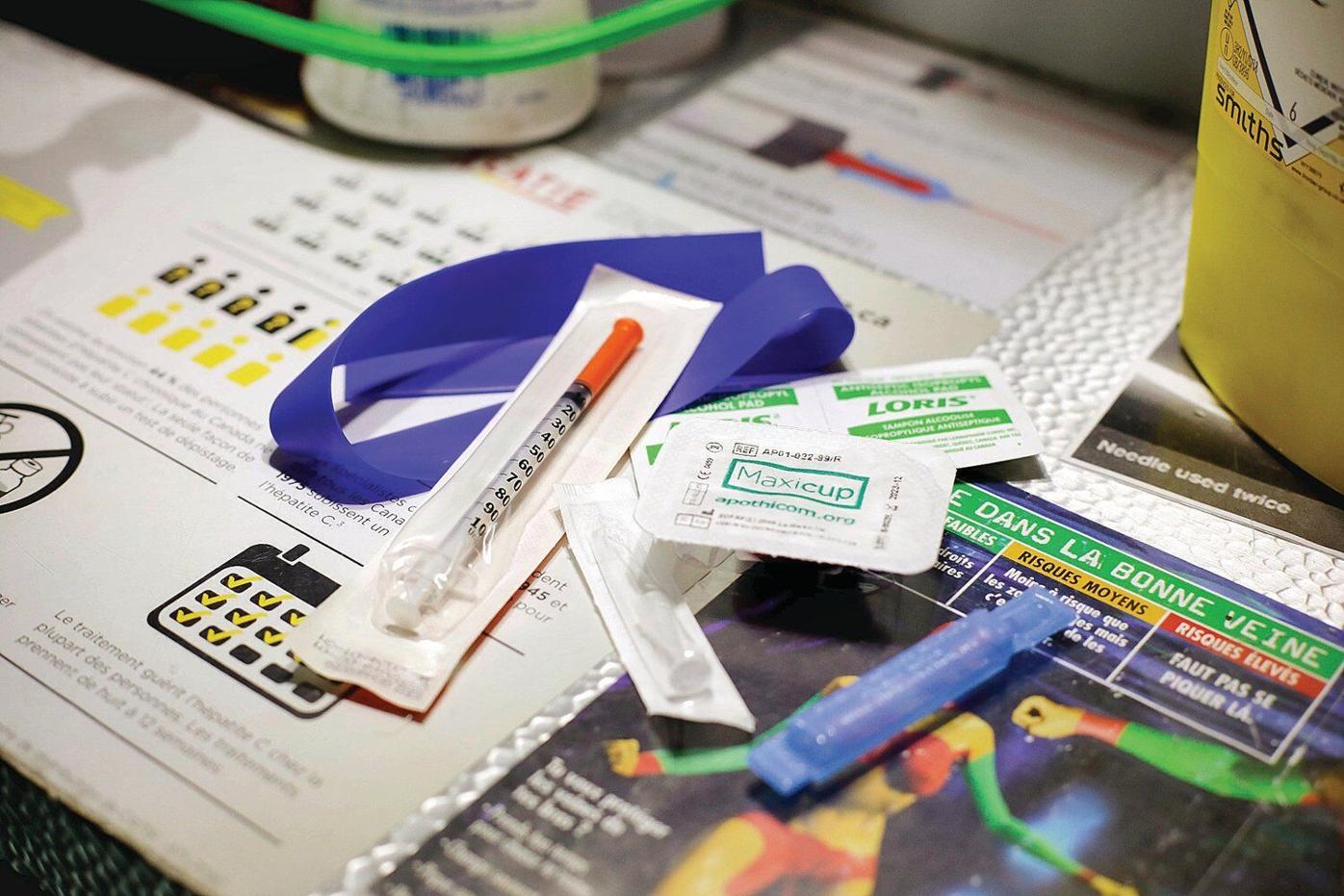 At fixed and mobile supervised injection sites in Montreal, drug users are provided with clean syringes, rubber tourniquets, alcohol swabs, a syringe filter, vials of sterile water and a metal mixing cup in place of a spoon. Berkshire District Attorney Andrea Harrington testified Monday in a Statehouse hearing on legislation that would authorized such sites in the commonwealth.

BOSTON — In 2017, the trade association representing doctors in Massachusetts became the first in the United States to express support for supervised drug consumption sites.

Four years later, the idea has failed to advance and doctors plan to renew their call for a potentially powerful tool to combat the opioid epidemic.

Touting their life-saving potential, doctors aligned with the Massachusetts Medical Society say the sites authorized under a pair of bills up for a Public Health Committee hearing on Monday authorize “an evidence-based intervention that fill a dangerous gap in our state’s capabilities to address the opioid overdose crisis.”

Berkshire District Attorney Andrea Harrington was one of many elected officials from across the state who testified in support of the sites.

Without overdose rates well above the national average, Berkshire County was also home to a 71 percent increase in unattended death investigations over the past four years, an uptick she said was “heavily driven by increased numbers of fatal overdoses.”

Meantime, Harrington said the number of state troopers assigned to her office has fallen “from 14 to 10 in just a few years.” She said she pledged to use her office’s resources to “solve violent crimes” while “providing public health solutions to public health problems,” and called her election “a mandate from our community to end the failed war on drugs and to recognize substance use as a public health matter.”

“The criminalization, over-prosecution and stigmatization of people who use drugs has contributed directly to the year after year increase in fatal overdose deaths. We are now changing that,” Harrington said. “We’re using our role in the justice system as a pathway to rehabilitation.”

“It is a moral imperative that this state take on empirically proven best strategies to protect the lives of our children, our loved ones, our parents,” Harrington said.

The need to act and implement a harm reduction infrastructure to save lives is urgent, she added.

Sites have expanded globally, including in Canada, according to the society, and Rhode Island recently passed legislation on consumption sites where individuals can use drugs within a supervised atmosphere where they can get steered into treatment.

In reviewing the bill, lawmakers need to decide whether to move ahead with a pilot that is not permitted under federal law.

“State legislation is necessary now so that potential sites can turn their legal focus to monitoring the fluid local and federal issues and can be prepared to open when there is a broader legal path forward,” the medical society says in its testimony. “In other words, we strongly encourage the state to pass enabling legislation so that sites can open when they feel confident that other legal issues have been resolved. State legislation is a logical first step in the sequence of ‘legalizing’ SCSs given the fluid dynamics of federal prosecutorial discretion, which can be offered in a moment’s notice, and given the speed at which local, municipal barriers such as community buy-in and zoning can move.”

Three years ago, the Senate included pilot program language in a bill addressing the opioid epidemic but House negotiators did not agree to the measure during closed conference committee talks and it was not included in the panel’s consensus bill, which went on to become law.

A panel chaired by his health and human services secretary, Marylou Sudders, recommended piloting one or more sites as part of a statewide harm-reduction strategy, but Gov. Charlie Baker has previously described the idea as a non-starter, pointing to U.S. Attorney Andrew Lelling’s comments that such facilities would violate federal law and draw enforcement.

“Chasing something that’s not legal under federal law just doesn’t make a lot of sense,” Baker said in February 2019. Lelling has departed as the region’s top federal prosecutor, with Suffolk DA Rachael Rollins poised to take that job if she can win U.S. Senate confirmation.