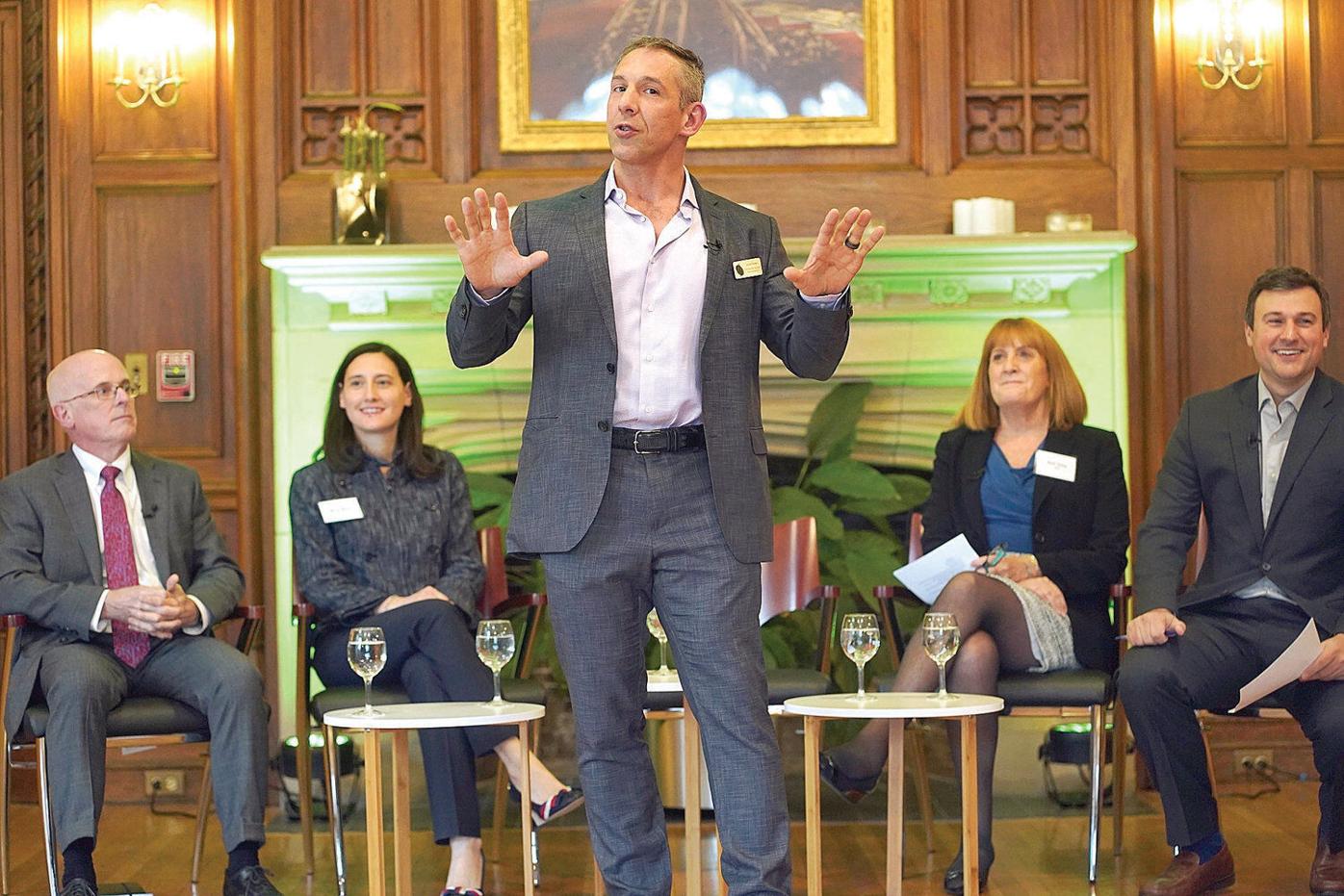 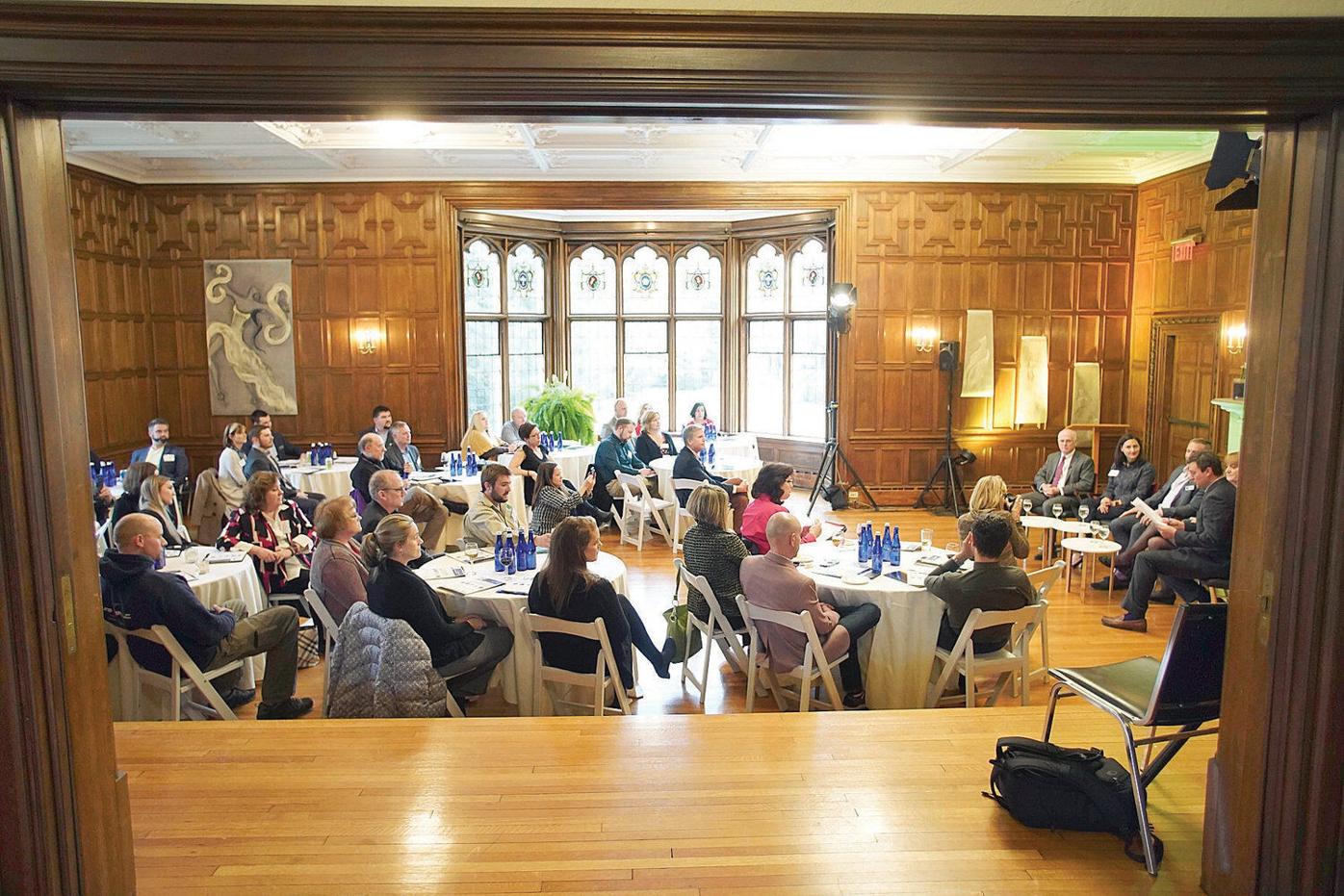 DALTON — Unemployment might be less than 5% in the Berkshires, but there are still a lot of good jobs available.

With so many people back in the workforce, finding qualified candidates for these local positions can be difficult, local employers say.

And keeping them once they get here can be even harder.

"Retention is always an issue," said Shawn Kinney, the CEO of Berkshire Sterile Manufacturing of Lee, which recently passed the 100-employee mark, a significant local milestone for a company that was founded in 2014.

"It's painful to see an employee leave after they've been here for one or two years," he said. "But you have to realize that life is out there."

Kinney joined other Berkshire employers and a representative of Associated Industries of Massachusetts on Thursday to discuss ways to hire and keep valuable employees under the current economic conditions. The forum took place at Berkshire Money Management.

"We try as much as we can to promote from within," said Mindi Morin, who has been the general manager of Canyon Ranch in Lenox since 2017. "Right now, we have 25 positions open, and there's no movement getting people in."

Canyon Ranch, which has almost 600 employees, often holds its own job fairs, a tactic that Morin said has been successful. Giving prospective employees a tour of one of the Berkshires' premier luxury resorts while they are on campus has been a selling point.

"We try and dazzle them with the benefits," Morin said.

But, having so many people already employed makes it harder for companies to find qualified employees when jobs become available.

"Right now, there's a labor shortage everywhere you turn," said Yohai, who works for the state's largest employer organization. "A lot of companies are turning to automation to change the positions that they hire for.

"Statistics show that there are a lot of underutilized demographics out there," she said. "A lot of times, companies find that changing a shift by half an hour will allow employees to get their children on a school bus."

While a lack of transportation options can be an issue for employees who work on late shifts, Yohai said some big companies have found ways around that obstacle by providing those services themselves.

"Wayfair has a van service," she said. "See if there are opportunities to partner with other companies."

Boston-based Wayfair is planning to open a sales and service center in Pittsfield this fall that is expected to have 300 employees.

Berkshire Sterile Manufacturing uses state-of-the-art technology to produce sterile injectable drugs for pharmaceutical and biotech companies that are currently in clinical studies for the treatment of various diseases.

"It's very hard for us to find skilled employees," Kinney said. "We have to teach them, and we do a lot of the training ourselves."

His company hires a lot of college undergraduates, he said, but the hardest positions to fill are those in middle management.

"We try and stress that we want to give people a career, not just a job," he said. "We offer to pay for every employee who wants to join a professional organization, and we have a tuition reimbursement program for those who want to get an advanced degree."

When asked if hiring millennials is different than hiring other age groups, Yohai said, "yes and no."

"What they value from a company is they want to feel connected and engaged," she said. "Millennials want a work-life balance. I don't think there's anything wrong with that.

"Technology has changed the way work is done," she said. "You don't have to sit in an office for 12 hours."

The internet also has given those looking for work more opportunities.

"We have to realize now that we're competing with the rest of the country for employees," Kinney said. "You can go online and find a job anywhere in the country. That wasn't the case 10 years ago."

Berkshire Money Management has hired seven new employees in the past two years. But CEO Allen Harris said it's often hard to get people to work for his company without giving up "market share" to his competitors.

"If I can't grow my staff, it's going to be an issue for me," he said. "Part of my idea is to hire far ahead of demand."