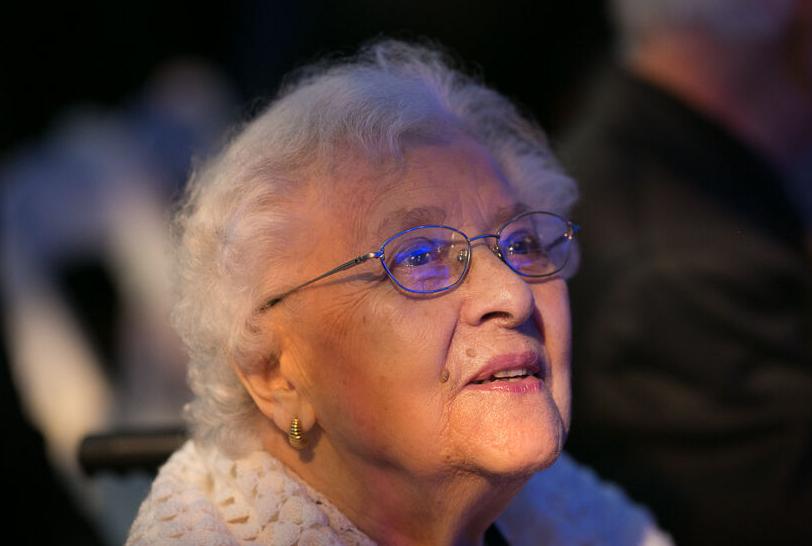 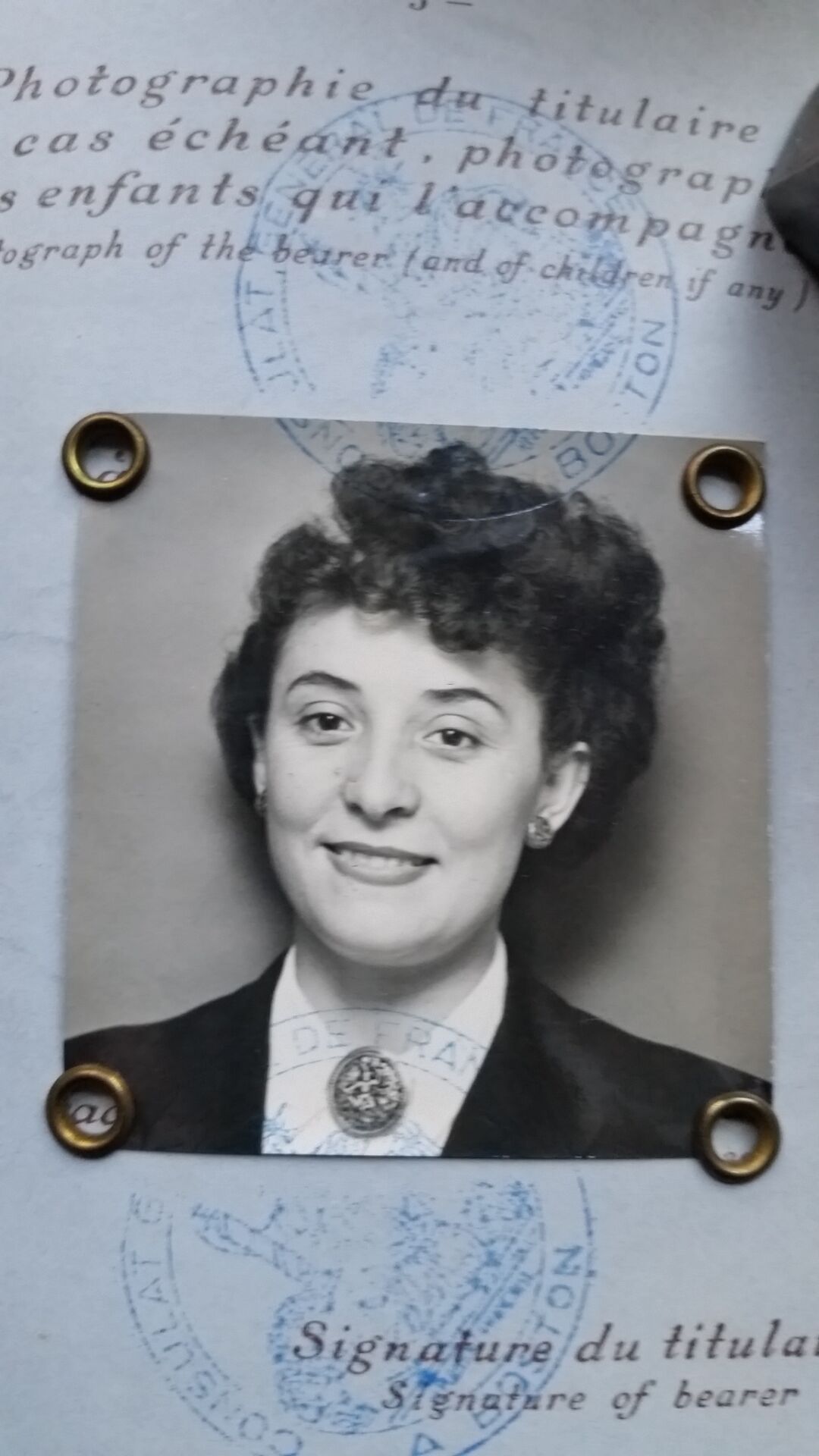 Micheline Toureille’s passport photo from the years after World War II, when she emigrated to the U.S. from France. 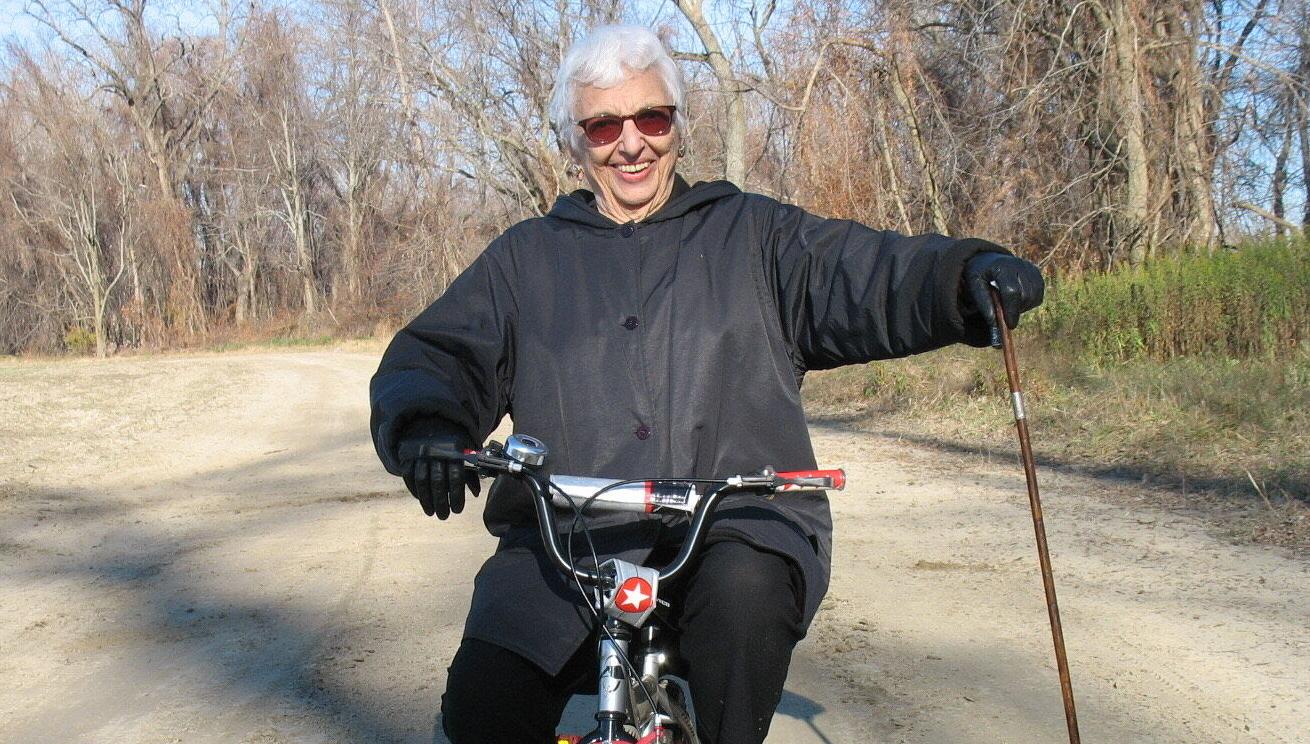 Lucille Schulberg Warner sits on a grandson’s bicycle in Northampton during a Thanksgiving gathering in 2012, at age 89. 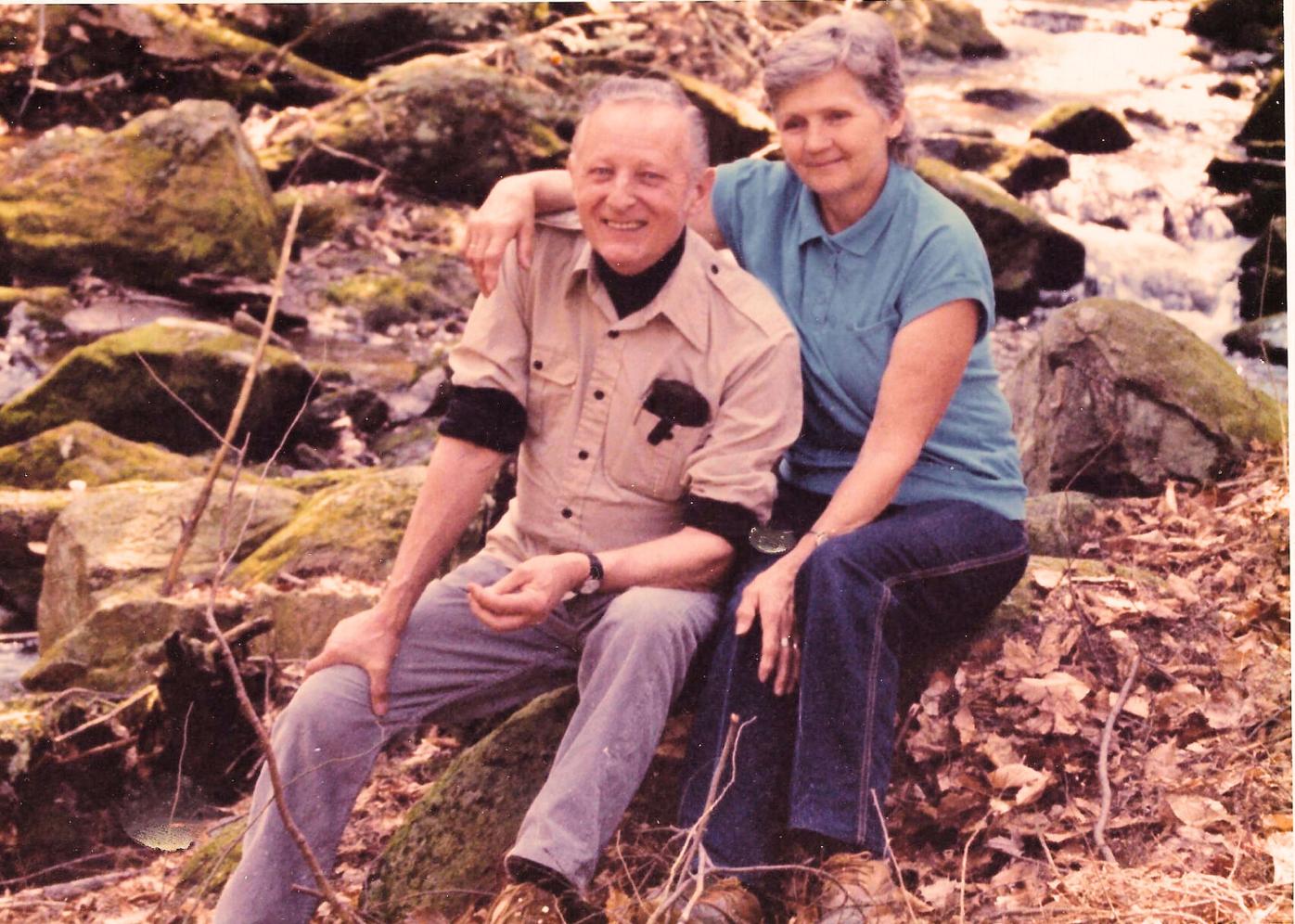 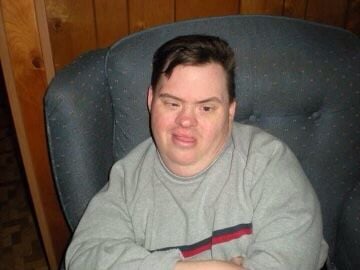 James John Leonesio, known as Jimmy, was living at a group home in Adams when he fell ill during the spring. He died April 19 of COVID-19 at Fairview Hospital in Great Barrington at 59. 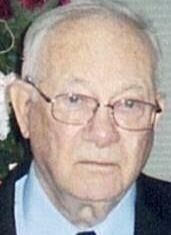 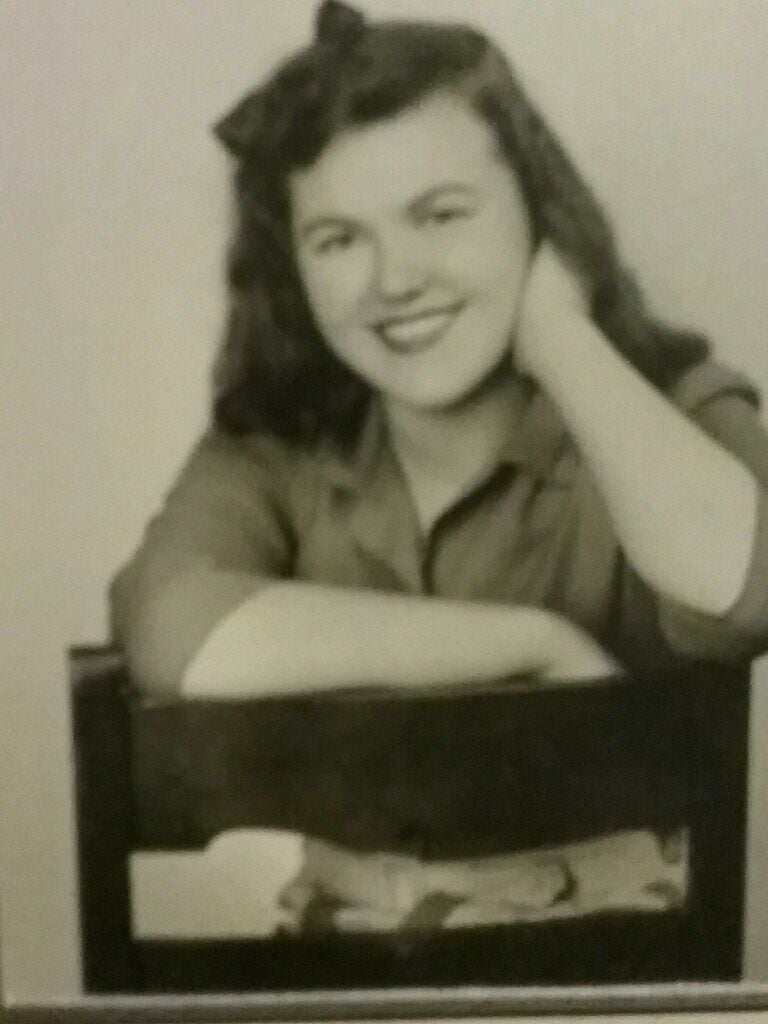 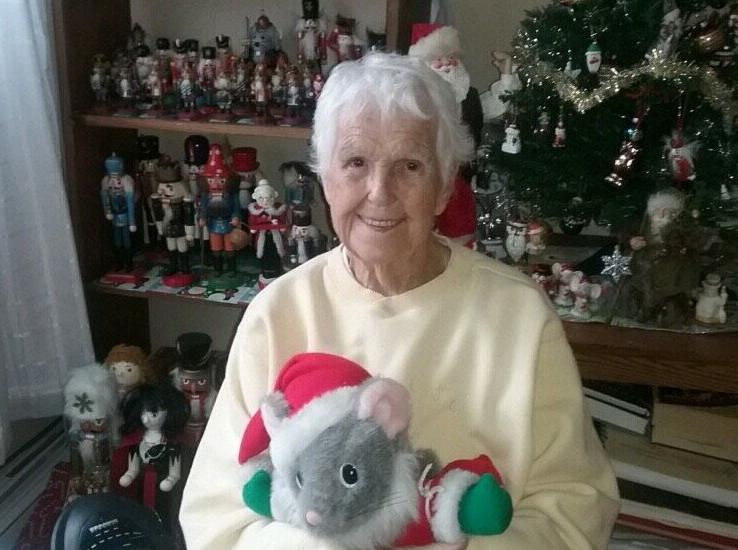 Micheline Toureille’s passport photo from the years after World War II, when she emigrated to the U.S. from France.

Lucille Schulberg Warner sits on a grandson’s bicycle in Northampton during a Thanksgiving gathering in 2012, at age 89.

James John Leonesio, known as Jimmy, was living at a group home in Adams when he fell ill during the spring. He died April 19 of COVID-19 at Fairview Hospital in Great Barrington at 59.

They now live in memory. People like Veronica Alice Mildred Coody, one of the first Berkshire County residents to fall to COVID-19 last April. “She had to fight for everything,” says her eldest daughter, Phyllis Gaule. “Whatever she got, she earned. She was a person you could look up to.”

Veronica Alice Mildred Coody’s eight children always will remember the strength and vibrancy with which their mother greeted life.

Today, The Eagle presents the first in a series of profiles, “These Lives,” honoring eight of the 138 Berkshire County residents whose deaths, as of Thursday, have been linked to the virus. New profiles will continue to appear weekly. The series seeks to ensure that memory wins out over statistics.

We invite friends and family members of people who were felled by COVID-19 to contact the newspaper to make sure those they've lost to the disease are included in future coverage. To report a COVID-19-related death involving a resident of Berkshire County, call Larry Parnass, investigations editor, at 413-588-8341 or email lparnass@berkshireeagle.com.

R. Jacob Leonesio remembers his brother Jimmy’s love of Julie Andrews’ rendition of “Do-Re-Mi” from “The Sound of Music.” They sang it together as children and never stopped. As he grew into an adult, Jimmy Leonesio, who had Down syndrome, continued to embrace the song. The last week of Jimmy’s life, before he too was felled by the virus, the brothers sang it one last time on Skype.

One song meant the world to James John Leonesio, known to family as Jimmy.

Marc Warner remembers one of the things his stepmother, Lucille Schulberg Warner, told him a few years ago, before she too was taken, last spring, by the novel coronavirus. “Really, Marc, who wants to be average?” He knew she was anything but.

These Lives: Anything but average: Lucille Schulberg Warner, 1923-2020

Lucille Schulberg Warner was in love with New York. After all, it encompassed some of her favorite things: the theater, writing, and her husba…

In coming weeks, staff reporters of The Eagle will provide more profiles like those presented today in "These Lives."

The initial portraits published today were written by freelance journalists enrolled at the University of Massachusetts Amherst who conducted interviews and laid the groundwork for this project, guided by editors with The Eagle.

Their stories include a profile of Micheline Toureille, who made her way to the Berkshires, some 70 years ago, after surviving the depredations of World War II as a member of a religious minority in France. The experience toughened her, but did not destroy her belief, her children say, in human possibility.

Micheline Toureille had been through a lot. She survived a world war, immigrated across the world, built a life from nothing, married her chil…

Stanley R. Farnum saw action in that same conflict, the war that stopped fascism in Europe. He survived the D-Day invasion of Normandy, after coming home on leave to marry his hometown sweetheart, Hilda Mae Duryea. Together, they raised 11 children.

Stanley R. Farnum’s happy place was where most people get lost. At one time, every weekend at four in the morning, the men of South Egremont w…

To this day, Diane Mirante thinks of her dad, Attillio Mirante, as her hero. He was the kind of person who looked after people and did what he said he'd do. “If you knew my father, he would do anything for you. His word meant everything,” she said.

Like many men his age, Carl Wendell Cahoon served in World War II — in his case, with the U.S. Navy. The details of those days never left him, a child recalls.

Edgar "Joe" Cartier found his way to Pittsfield from Fall River, then made the Berkshires his home for decades. In the last 17 years, he showed courage, his wife Vera says, after suffering a disabling stroke.

Somehow, after suffering a disabling stroke at about age 50, Edgar “Joe” Cartier kept his sense of humor.

Today's profile subjects were identified in death certificates obtained through public records requests and from published obituaries, both of which will guide staff members of The Eagle as they work to honor those lost to the pandemic. To comment on the series, or to suggest names of future subjects, please email lparnass@berkshireeagle.com.

A LOOK AT THE WEEK AHEAD

The Outlook: Potential for snow on horizon — but how much?

A quiet, safe inauguration for the Berkshires as police remain on high alert

What was on the front page the day you were born? Visit our archive

What was on the front page the day you were born? Visit our archive

Podcast I Mendel and the Mike

To play the media you will need to either update your browser to a recent version or update your Flash plugin.

North Adams Public Schools will remain in remote learning through the end of the month, amid high levels of COVID-19 community spread.

PITTSFIELD — More than 109 residents and staff have contracted COVID-19 inside a single Pittsfield nursing home. Cases accelerated in the past…

GREAT BARRINGTON — As Rufus Jones Jr. worked the trading desk at a Wall Street firm, his own music inundated him.

Fall in Love With These Valentine’s Day Decor Ideas