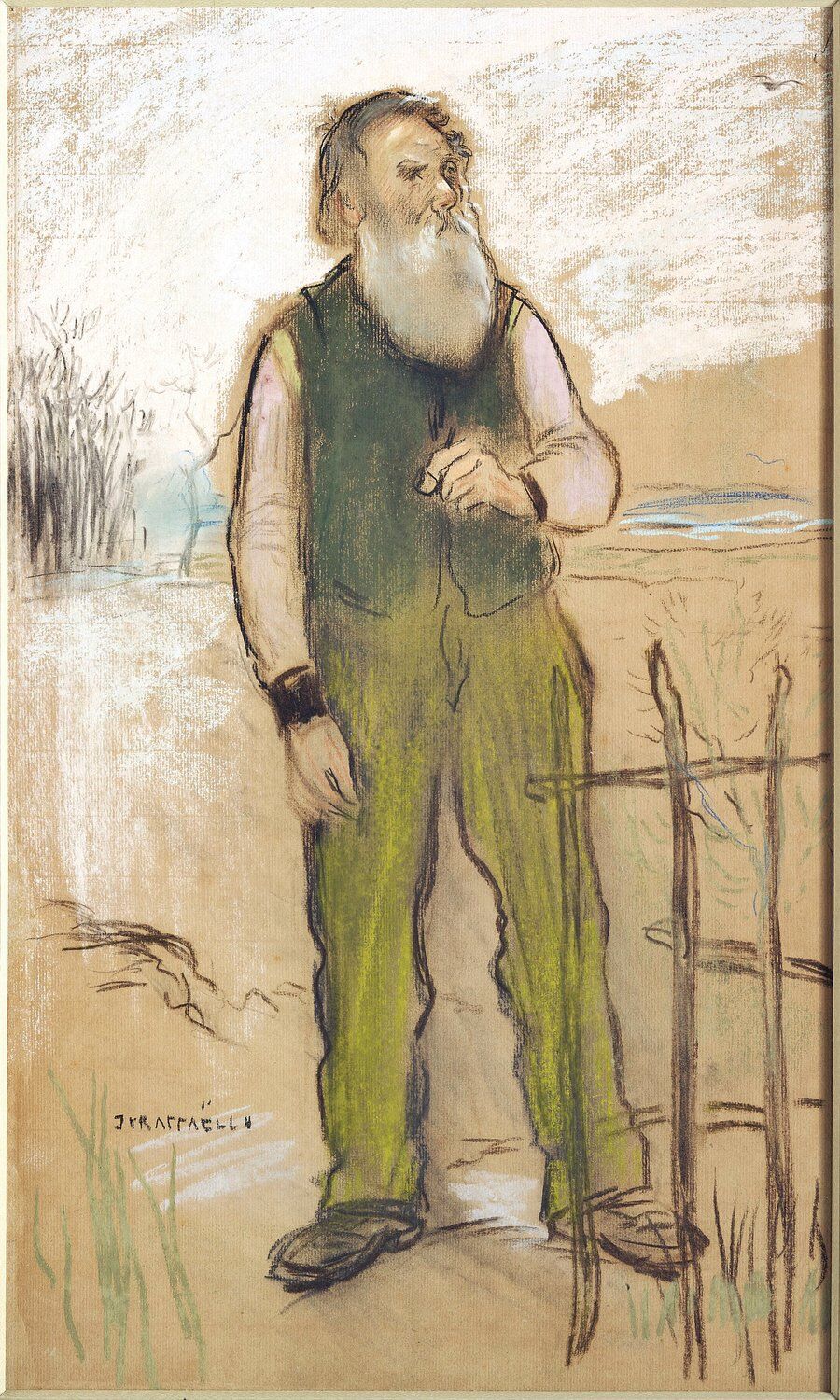 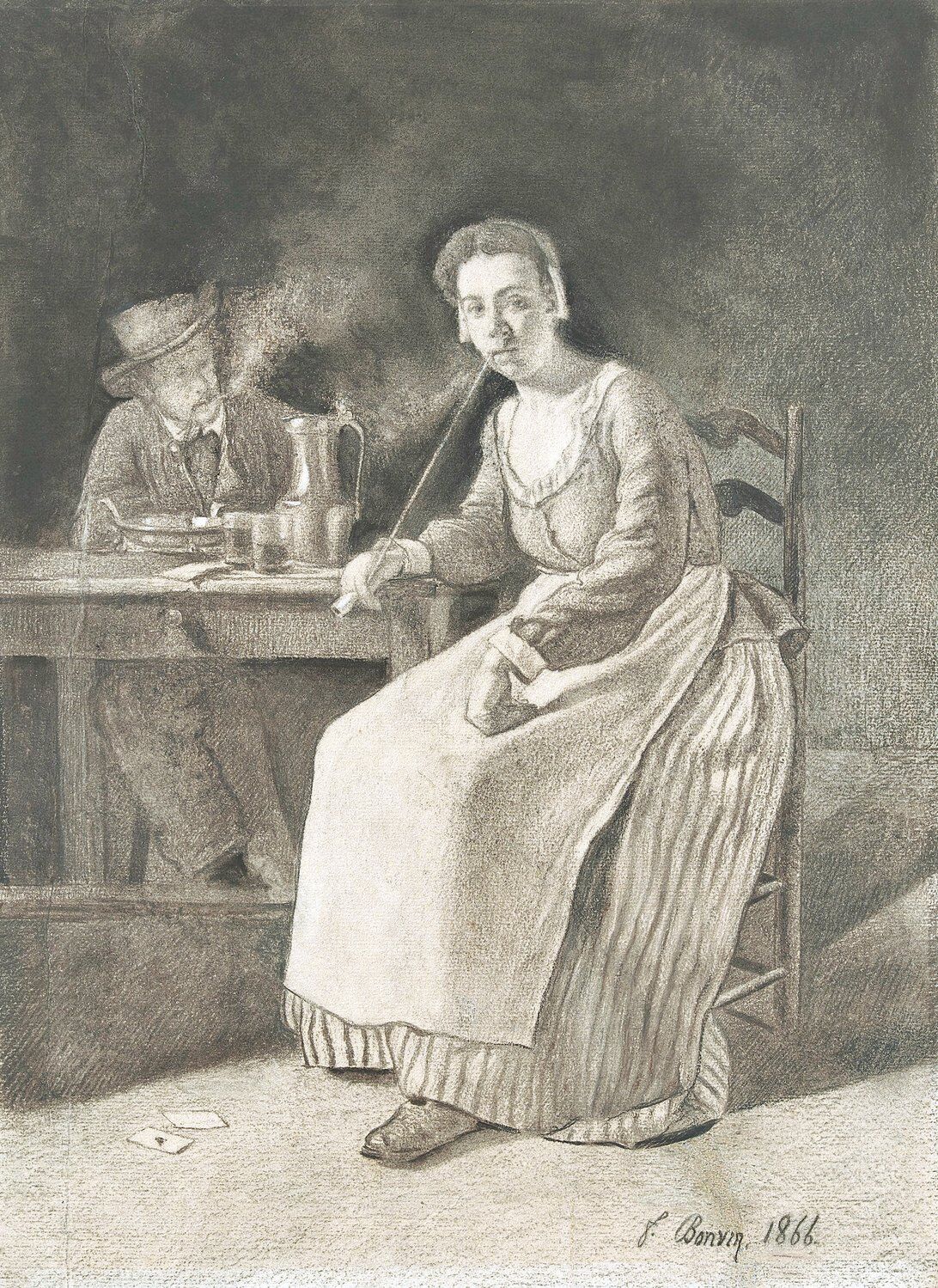 "Young Woman in a Flemish Interior," by Francois Bonvin, 1866, charcoal on paper. Gift of Herbert and Carol Diamond, 2018. 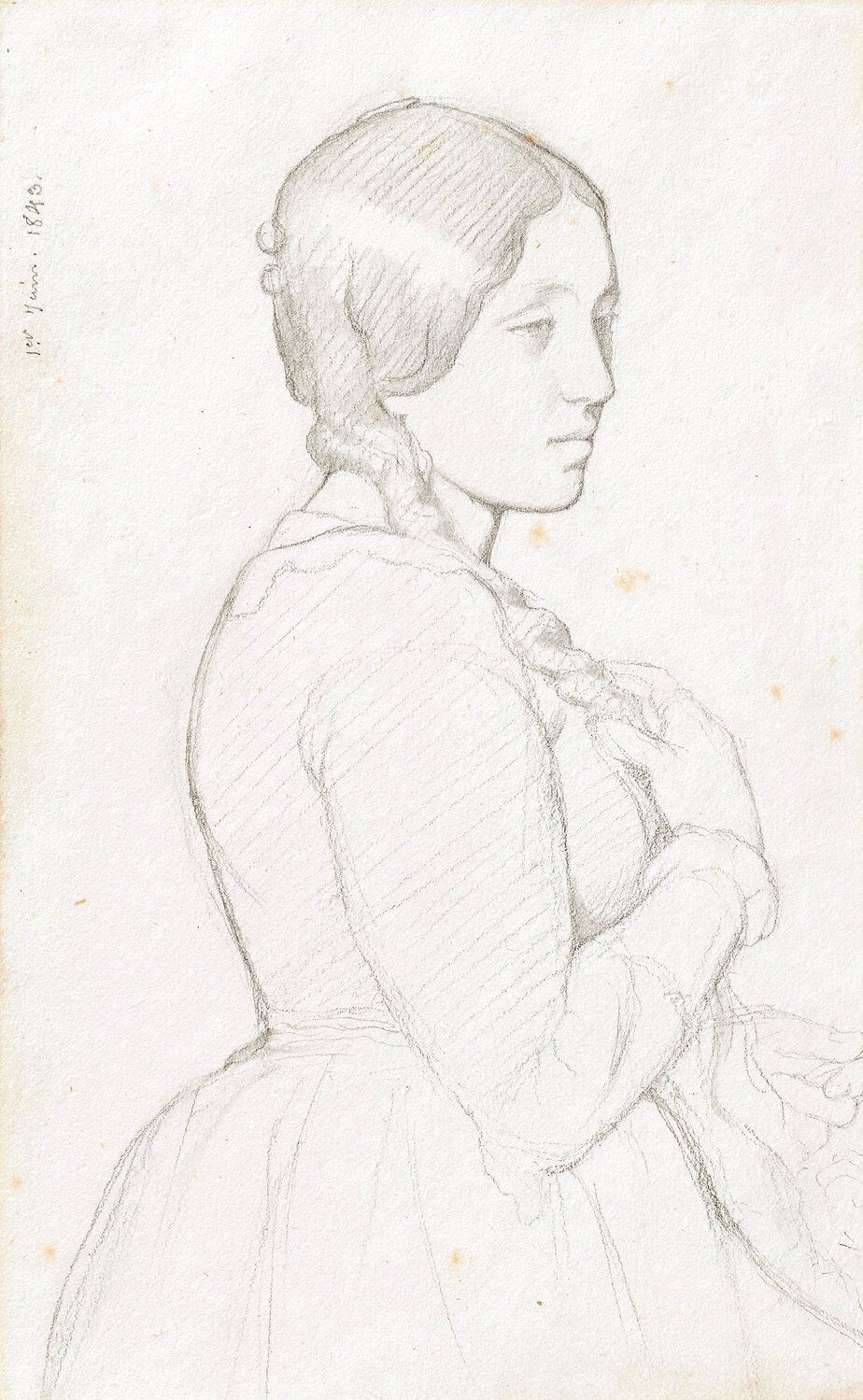 "Young Woman in a Flemish Interior," by Francois Bonvin, 1866, charcoal on paper. Gift of Herbert and Carol Diamond, 2018.

WILLIAMSTOWN — At the beginning of the 19th century, students of the Ecole des Beaux-Arts in Paris and the Academie de France in Rome learned to draw the human form from live models, but were trained to produce graphite figures based on academic ideals and formulas, not what stood before them.

By midcentury, artists were challenging academic conventions, both in subject matter and in material. Casting aside idealized concepts of beauty, artists began depicting the common worker in their drawings, sketched not only in the traditional graphite, but also in charcoal, chalk, conte crayon, color pastel and ink.

"Drawing, in the academic system in France, and for a good ways into the 19th century, was the foundation of artistic education. Aspiring artists would have to know how to draw before moving on to painting and sculpture and other media. And the figure is the most important thing to draw in the hierarchy of subjects," said Anne Leonard, curator of prints, drawings and photographs at the Clark Art Institute, during a recent interview. "It was all very well for artists to draw landscapes and still lifes, but the real prestige was in making multi-figure compositions. So, the figure was really the building block for those historical compositions or mythological or religious paintings."

The transition of French artists from classical figure drawing taught in art academies to the more realistic forms of contemporary life, is captured in the Clark Art Institute's " Lines from Life: French Drawings from the Diamond Collection," on view in the Manton Research Center's Eugene V. Thaw Gallery for Works on Paper through Dec. 13.

The exhibition features 32 works on paper, either recently gifted or on loan from the collection of Herbert and Carol Diamond, local collectors who have amassed a collection of over 160 French drawings and sculptures from the 19th century.

"They are longtime friends of The Clark," Leonard said, "who have been making gifts [from that collection], progressively, over the last several years, with the intent of eventually gifting their entire collection to The Clark. This exhibition is celebrating that gift. It's a combination of gifts they have already made [to the museum] and loans from their collection — works that are still on view in their house — that they've lent for this purpose. And then, there is also work in this show that was already in The Clark's collection from other sources, that helped give a kind of context that shows why this gift of 19th century French drawings is so at home here."

Many of the drawings on view in the first part of the exhibition, she said, are studies for much larger paintings.

"They're sort of research and development projects, almost. They are study sheets with the eye to have larger and more permanent composition and paint," Leonard said. "But some of them are also practice drawings that you might make to show your teacher that, OK, I've mastered this; a way of proving that you've gotten through that stuff and are ready to move on to the next up instruction."

Included are studies by the Flandrin bothers, Rene-Auguste, Hippolyte and Paul, all who specialized in portraiture. Rene-Auguste's "Study For Woman in Green," sketches out the subject's head and shoulders, as well as her dress in graphite. The figure remains faceless, while notes line the sides of the paper.

Nearby, "Five Studies of a Hand," is the work of the French master Edgar Degas. The work, a study of his own left hand, was made at the age of 22, while still a student in Italy.

William-Adolphe Bouguereau's "Study of Venus for Apollo and The Muses in Olympus," in graphite with white chalk, is a prime example of academic convention. The figure's physical proportions follow a Greek or Roman canon; her body is seven to eight times the length of her head. Bouguereau is less interested in capturing the actual model and more concerned with creating an ideal figure.

But artists would soon push away from the academic conventions of stylized models drawn in the canons of past masters.

"The figures are so idealized. They aren't major figures like Napoleon or a saint or Venus. They're people from everyday life," Leonard said. "Artists are drawing a much more common subject matter. The technique is still there; it's still just as disciplined, but it's used to express subjects that are not too lofty."

With more contemporary subjects, the artists are no longer focused on nudes, but on people shown in their everyday clothing in more typical everyday situations.

In Francois Bonvin's "Young Woman in a Flemish Interior," 1866, his subject, a woman seated at a table in contemporary dress from 1866, smokes a long pipe, a hand curled rests on a knee. Bonvin's drawing employs the same techniques as Bouguereau's, but the results are polar opposites. Instead of a figure that resembles marble statuary, Bonvin's work captures a more realistic female form.

Breaking from academic convention allowed artists to not only choose a new subject, but also use work with new materials.

Jean-Francois Raffaelli specialized in works featuring the working class, who had been displaced to the suburbs of Paris. In "Man in the City's Outskirts (Bonhomme de Banlieue)," 1886, on loan from the Diamonds, Raffaelli used colored pastels to draw a rag picker.

"It's just really remarkable; you would have never have seen that earlier in that century for just an ordinary citizen," Leonard said. "That was the power of the academy. Here, that [subject matter] is freedom, as well as is the contours and the medium — the use of pastel. That kind of purist idea of drawing from before — that it should only be done in pencil, is very disciplined and is thrown out. He's just kind of making use of whatever comes to hand; willing to blend these different media and bringing in color in a way that's more for fun. He's not trying to meet any standard."

At its core, the exhibition is a behind-the-scenes look at the practice of well-known French artists, that yields a few surprises.

"Because we're focusing just on drawing in pencil and monochrome media, you kind of see unexpected connections between artists that you wouldn't have noticed before," she said. "It's as if, when you pare them down to their basics, you see the essential character of the artist not mixed up with their use of color or their use of impasto paint, etc., etc. ... Over the century, even with this relatively small display, I think you can see the great diversity of drawing styles there are. So, I really appreciate that the Diamonds, the collectors, have given this focus because it reveals a lot."