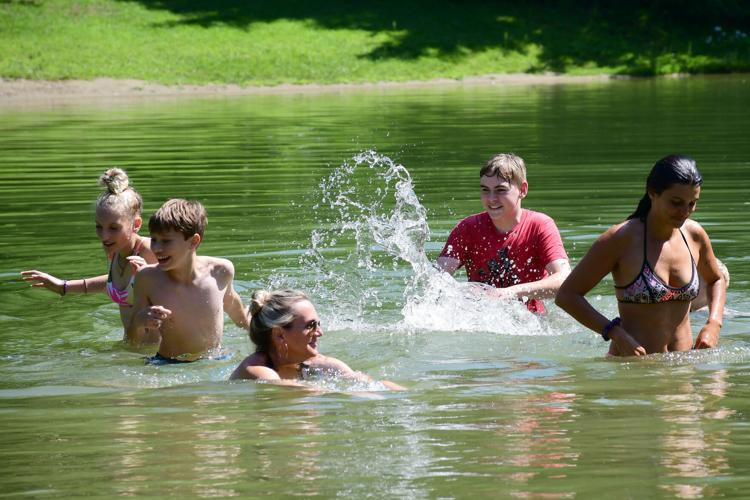 In an effort to keep cool on a hot day, Olivianna Wells, 14, Chase Wells, 12, Kira Guidon, Cade Morrell, 13, and Sarah George frolic in the waters of Margaret Lindley Park in Williamstown on Thursday morning. 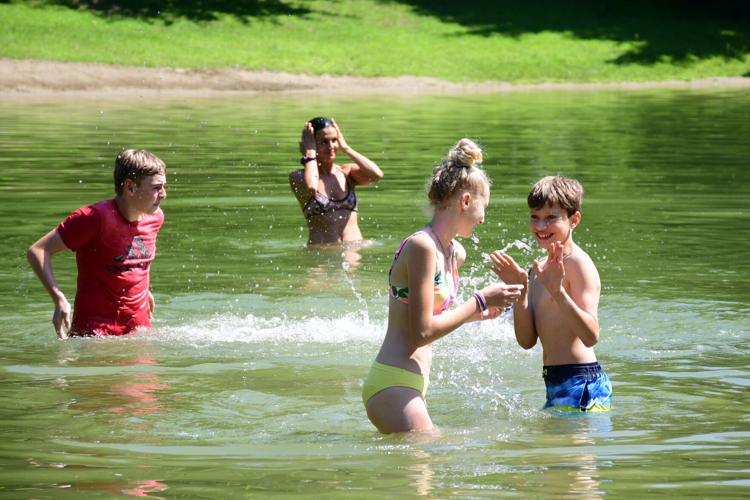 In an effort to keep cool on a hot day, Cade Morrell, 13, Sarah George, Olivianna Wells, 14, and Chase Wells, 12, frolic in the waters of Margaret Lindley Park in Williamstown on Thursday morning.

The first day of a prolonged hot spell lived up to its advance billing on Thursday, with a high of 92 recorded at Pittsfield Municipal Airport just before 4 p.m., the National Weather Service reported.

That was two degrees shy of Pittsfield’s 94 degree record for the date in 1955. The Aug. 5 record set the same year also was 94.

How hot was it?

High temperatures across the Berkshires on Thursday:

In North Adams, a sizzling 93 was recorded at 4 p.m. Thursday at Harriman & West Airport.

Pittsfield opened two cooling centers on Thursday, and they will resume on Friday:

How do you spell relief? Not yet, forecasters acknowledged. Temperatures won’t be returning to seasonal average highs in the upper 70s until Tuesday, at the earliest.

For South County, a heat advisory is in effect again on Friday from noon to 8 p.m. A weather observer in Great Barrington posted an unofficial mid-afternoon high of 98.

In Williamstown, a top reading of 95 was reported by the Williams College Environmental Center.

“Hot temperatures and high humidity may cause heat illnesses to occur,” according to the National Weather Service advisory. Extra precautions are crucial for anyone working or spending time outside during the afternoon and early evening.

Pittsfield’s record highs for Saturday and Sunday, 90, could be matched. The Aug. 5 high was recorded in 2018, and the Aug. 6 record was posted in 1995. The weather service is signaling the probability of more heat advisories for both weekend days.

Travelers heading west into New York state, south into Connecticut or eastbound in Massachusetts encountered even hotter temperatures on Thursday.

Albany’s high hit 99 at 3 p.m., plunging to 81 by 5 p.m. following a thunderstorm. Boston recorded a mid-afternoon maximum of 97 at Logan International Airport. In Hartford, a 95-degree high was reported.