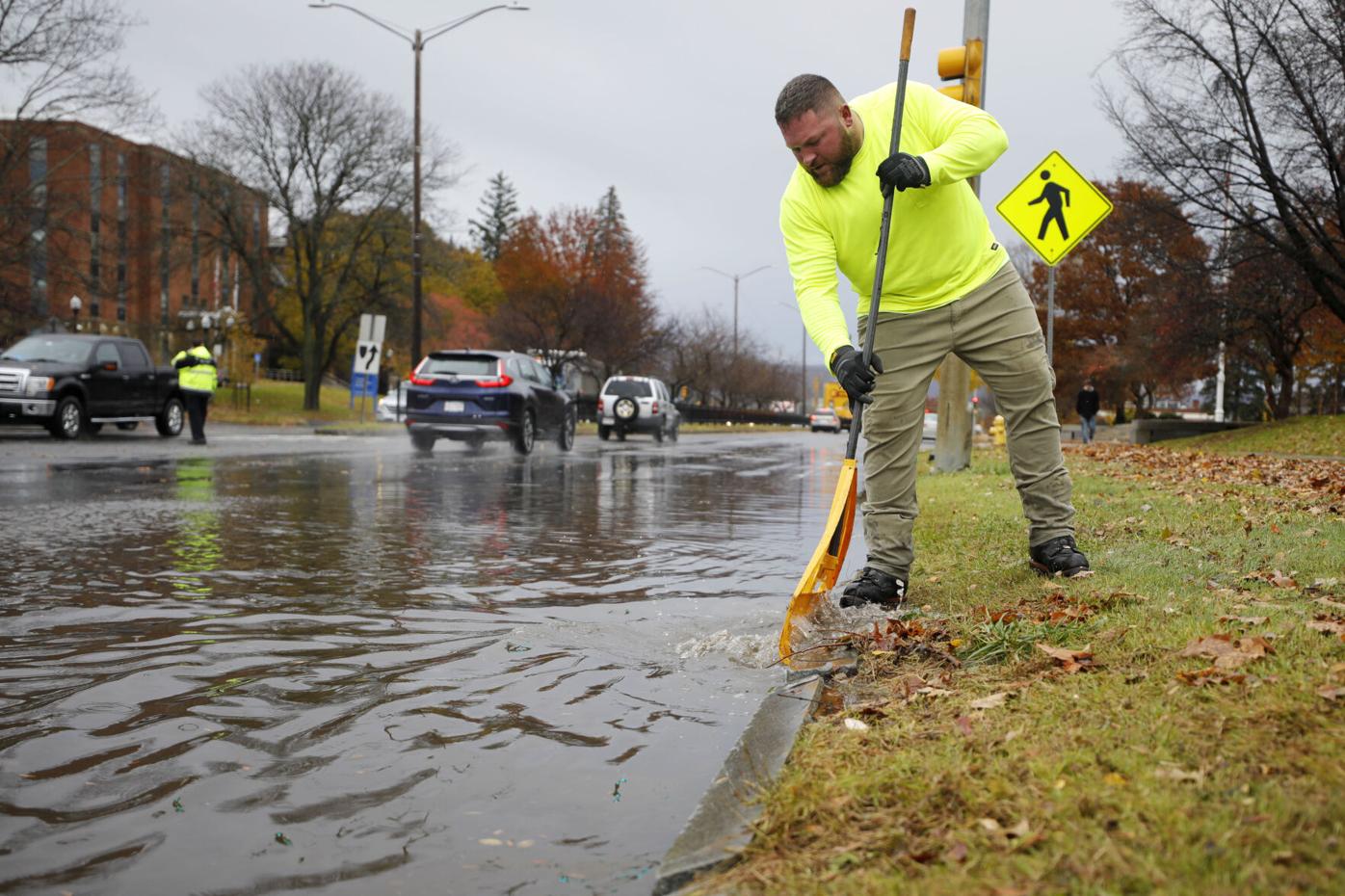 Jim Shea and other members of the Pittsfield Highway Department fanned out across the city Friday, clearing leaves from storm drains. Flooding from the heavy rains was particularly bad along East Street, outside f Pittsfield High School. 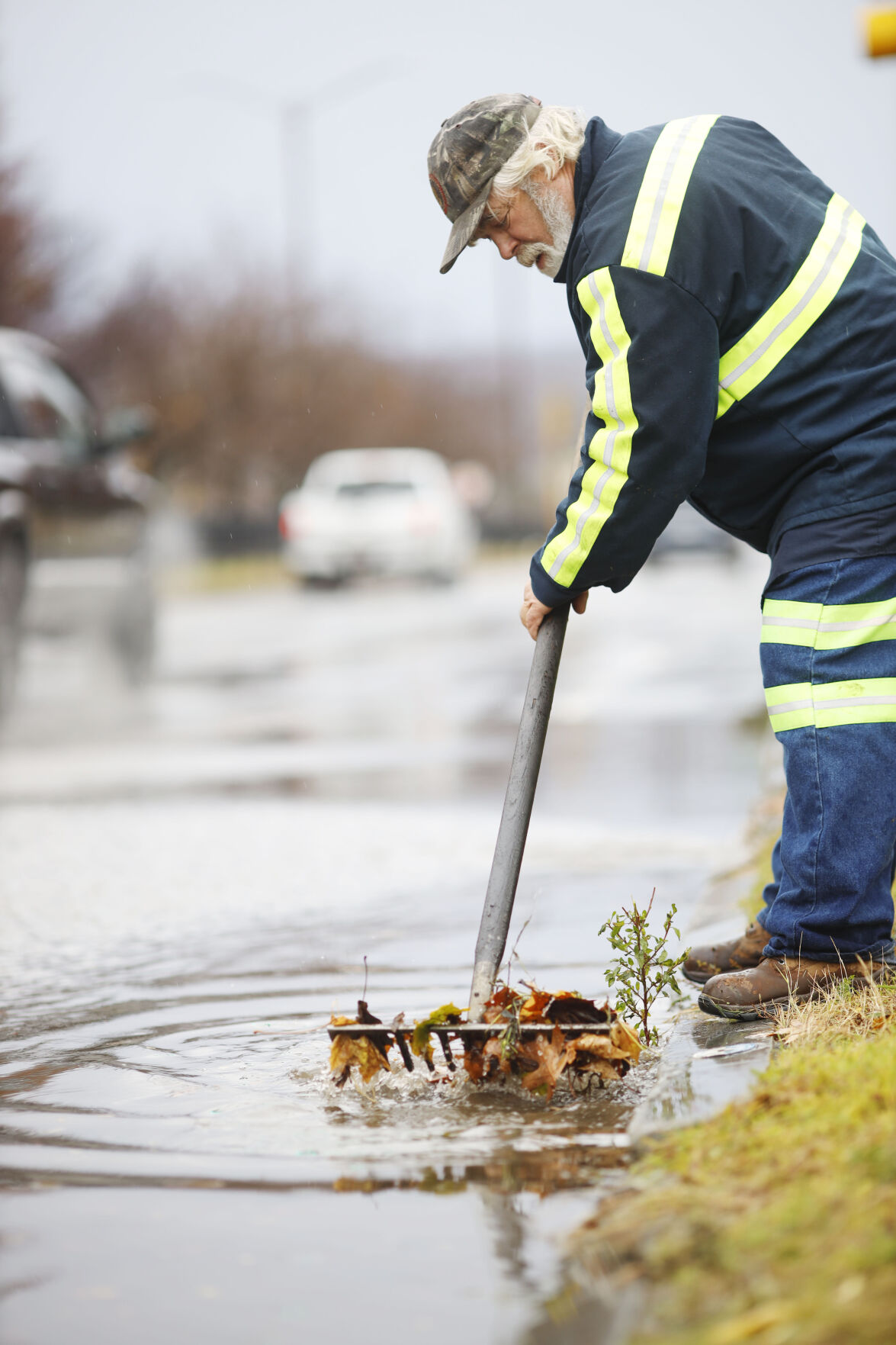 PITTSFIELD — A strong push of colder air triggered a burst of heavy rain across much of Berkshire County about midday Friday, causing some flooding, especially in low-lying urban areas, as well as ponding of water on roadways.

The quick-moving line of storms filled the National Weather Service’s gauge at Pittsfield Municipal Airport with just over 1 inch of rain, most of it from 11 a.m. to noon. The brief deluge followed a two-week period of hardly any rainfall, sparing the county from more serious flooding.

Wind-whipped rain cut visibility at times for motorists. A top wind gust of 37 mph was recorded at the Pittsfield airport about 11 a.m.

At Harriman & West Airport in North Adams, the National Weather Service reported more than 1 inch of rain from noon to 1 p.m. Sustained strong winds buffeted North Berkshire from midnight to noon, with a maximum gust of 40 mph about 3 a.m.

By early afternoon, the rain tapered off and the winds died down as temperatures dropped from midmorning highs near 60.

After a lull through early afternoon Saturday, a reinforcing shot of colder air by nightfall will be followed by rain showers and a slight possibility of snowflakes, with little or no accumulation expected, according to government forecasters.

There will be a hint of winter in the air Sunday, with high temperatures in the 40s. A potential offshore storm could graze the Berkshires with a brief period of snow, or a mix of snow and rain, depending on elevation, after dark.

Any accumulation Sunday night and Monday would be limited to a coating or less than 1 inch in valley areas, with up to 2 inches in the higher terrain.