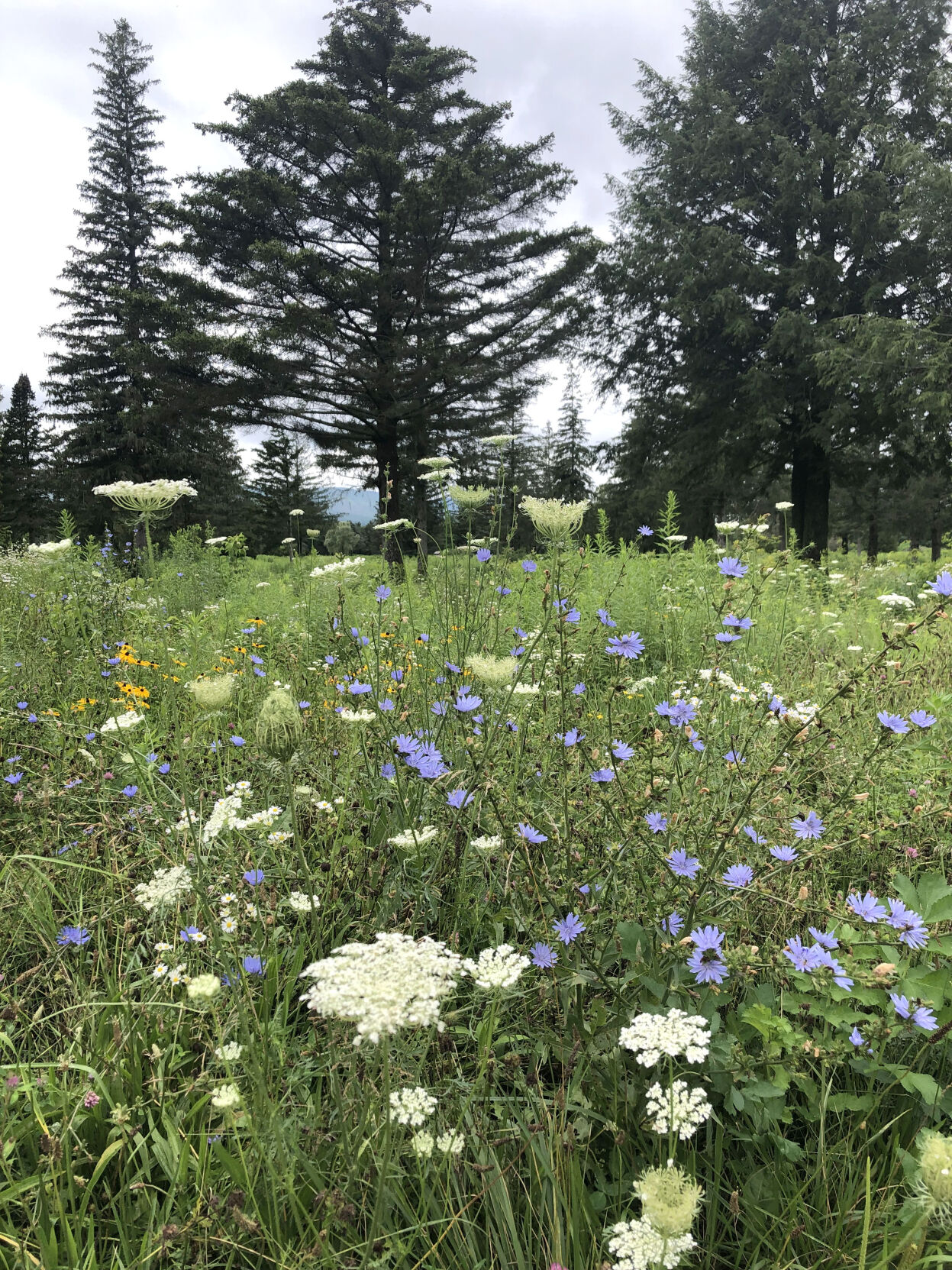 A field of wildflowers at the Spruces Community Park in Williamstown has had some benefit from the record-breaking rain for the town for July. 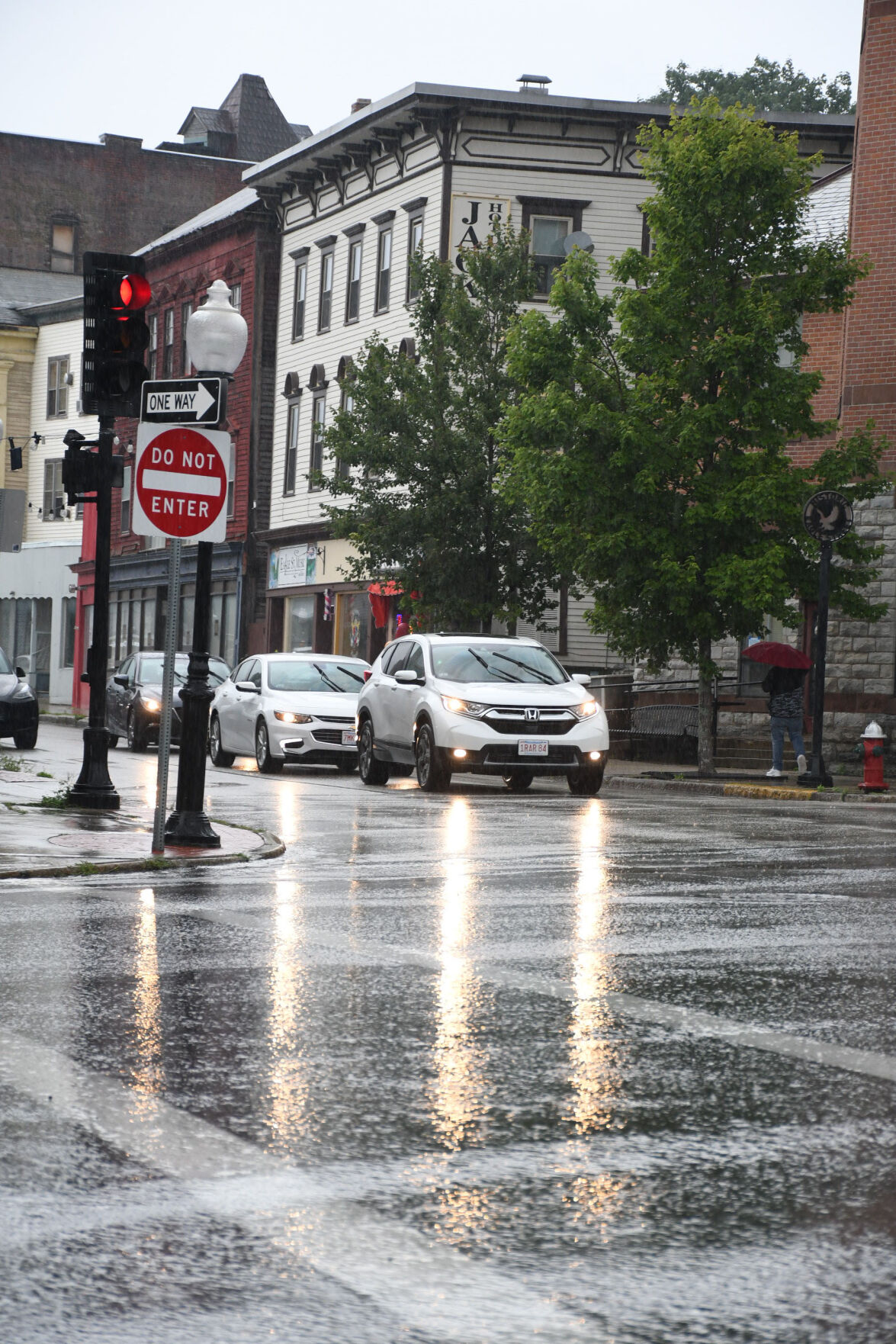 Motorists wait at a stoplight at Eagle and Main Streets in North Adams on Thursday as heavy rain pelts the area.

People on land and in the water enjoy a rain-free evening Wednesday at Onota Lake in Pittsfield. While the coming week won’t be completely precipitation-free, there will be some drier weather, with comfortable temperatures making it one of the best weeks of the summer.

Looking for some tranquility after one of the wildest weather months we’ve experienced in the Berkshires? While it won’t be entirely rain-free, the next seven days might be the best of the summer, though that’s not saying much.

No storminess is in sight, most of Monday through Wednesday looks rain-free and any showers later in the week are likely to be scattered, though Friday is a question mark.

Temperatures will be quite comfortable for early August, as the overall cool trend continues, and humidity should be mostly moderate. Outdoor sports, recreation, music and stage shows are expected to be free of any significant adverse weather.

July enters the record books as the champion for the most rainfall at Pittsfield Municipal Airport, where the National Weather Service’s automated observation station measured an official 10.75 inches. But, it was offline from July 17-19 because of an apparent lightning strike. During those three days, an estimated 3 inches of rain pelted the city and nearby towns.

So, nearly 14 inches for the estimated grand total, making it the wettest July on record, topping the 11.5 inches in 2009, the previous high-water mark. The historic average for July is 4.2 inches.

Even more noteworthy: There was more rain (or melted snow) than in any month since records began at the airport in 1939, edging out the previous record of 13.7 inches in October 2005.

In Great Barrington, where weather observer Nick Diller has maintained an observation station since 1965, just short of 11 inches filled his rain gauge for the month, a close runner-up to his record of 11.8 inches in 2014.

And thanks to Williams College environmental analyst Jay Racela for the most startling finding we’ve encountered countywide: an official 14.2 inches at the Hopkins Forest weather station, making it the wettest month in Williamstown since record-keeping began in 1892. Runner-up there also was October 2005, with 13.7 inches.

Now, back to the week ahead, as National Weather Service forecasters predict sunny skies much of the time, with some clouds overnight, chilly mornings around 50, but comfortable afternoon highs in the 70s.

There is an outside chance of some showers late Thursday, and a better chance for rainfall on Friday, with forecast details up in the air. Next weekend looks mostly rain-free as temperatures return to normal levels for early August, with highs near 80 and overnight lows around 60.

During the second week of August, the government’s Climate Prediction Center foresees a return to above-normal hot temperatures for the month, with rainfall averaging slightly above normal.

An early look at next weekend’s outlook for popular destinations in the Northeast:

Rhode Island, Connecticut shore: Some sun Saturday; 75 to 80. Cloudy on Sunday; near 80.

While the Northeast enjoys relief from five weeks of soaking moisture, the Gulf Coast, the interior West, including the Rockies and the Great Basin, will be swamped by downpours for much of this week. Most of the mid-Atlantic states, Deep South and Southeast will see torrential rain, with the highest totals along the coast of the Carolinas. Light to moderate rain will continue over the Pacific Northwest.

For the first half of the week, air quality remains poor over portions of the interior Northwest, Arizona, Colorado, the Upper Midwest, the Tennessee Valley and South Carolina because of smoke from western U.S. and Canadian wildfires transported by the jet stream.

This week, cooler air will relieve the oppressive heat in the Southwest, Midwest, Deep South and East from Washington, D.C., to Florida.

As of Sunday, the National Hurricane Center reported no Atlantic or Caribbean tropical storms on the horizon for the next few days.

The National Interagency Fire Center reports 91 active major wildfires across 12 states, with Idaho, Montana, Oregon and Washington dealing with the highest number of blazes. Total acres burned: 1.8 million. For the year so far, 3 million acres have been consumed by woodland fires.

Above-normal fire conditions are forecast to continue through August and September for much of the Northwest, Northern Rockies, and northern portions of the Great Basin and Rocky Mountain regions.

The Outlook is today’s look ahead at the week's weather, its impact on the Berkshires and beyond. Clarence Fanto can be reached at cfanto@yahoo.com.

Thursday: Some sun, possible showers; near 80. Some clouds, chance of nighttime showers; about 60.